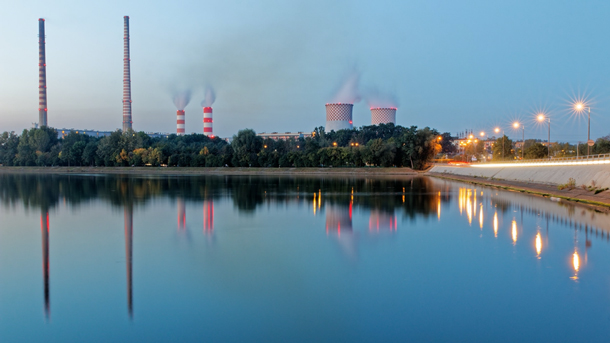 Poland relies on coal for much of its energy production. (Photo: Hans Permana, Flickr, CC BY-NC 2.0)

In this week’s Beyond the Headlines segment, Peter Dykstra and Host Bobby Bascomb look at the European Union’s plan to become carbon neutral by 2050. Next, they turn to internet dating profiles and how users are matched based on their concern about climate change. Finally, in the history calendar, they look back ten years at the Supreme Court’s Citizens United decision to roll back some restrictions on campaign financing.

BASCOMB: It's time for a trip now beyond the headlines with Peter Dykstra. Peter's an editor with Environmental Health News. That's ehn.org and daily climate.org. Hey there Peter, what do you have for us this week?

DYKSTRA: Hi, Bobby, let's start with the very encouraging news from the European Union. They've laid out a commitment for a trillion dollars in financing from the European Investment Bank and direct investment of about 100 billion to make the whole EU economic bloc carbon neutral by the year 2050.

BASCOMB: Wow, that's a big price tag and a big goal. But how did they get countries that are heavily dependent on coal like Poland on board?

DYKSTRA: There's the little catch. They didn't get Poland on board. They gave them a pass because Poland is so coal reliant. There were a few other Eastern European countries like Hungary and the Czech Republic that went along with this plan reluctantly, but other than that, Poland is exed this plan and of course the UK is exed out of the European Union entirely.

BASCOMB: Mhm, right. Well, that's certainly something to keep an eye on. It's an ambitious goal anyway. What else do you have for us this week?

DYKSTRA: Well, here's a, here's a weird one that, but it may be a sign that climate concern is hitting the mainstream. There's a dating site called OkCupid that filters out potential dating matches, partly by asking questions about politics. So for example, you don't have a hardcore Trump supporter that gets paired up with a hardcore Trump resistor. 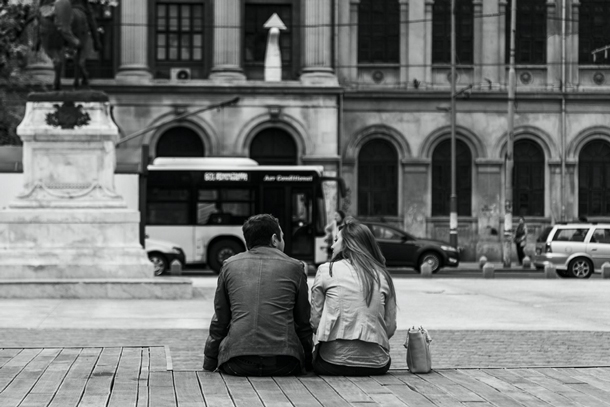 BASCOMB: Hmm, that makes sense. Well, how did you come across this tidbit of information though? Are you online dating yourself?

DYKSTRA: Uh, no, I'm not. And at my age, it's more like carbon dating. But there are several websites that reported on this including, there's a great new newsletter from a journalist named Emily Atkins. It's called Heated.World. They've mentioned the OkCupid site and its potential to show through that site's own polling that its own users are deeply concerned about climate action.

BASCOMB: Hm. Yeah. I'd be curious to know how many of their users say 'no climate change isn't real, not a problem.' I mean, it's relatively young people usually using these sites.

DYKSTRA: It's all part of making America date again.

BASCOMB: Well, what do you have for us from the history vaults this week?

DYKSTRA: The 10th anniversary of the Citizens United Supreme Court decision, one of the most momentous Supreme Court actions, really in our lifetimes. On January 21, 2010, the court voted five to four in favor of rolling back some restrictions on campaign financing, specifically large outside donors, particularly to ad campaigns, critical candidates, kind of enriches the TV stations who get the money and the political consultants who put the ads together, and I think creates a little bit of intellectual poverty among voters. What this decision does is it makes it much harder to put the reins on so called independent expenditures. and dark money in political campaigns, not just on the national level, but on the statehouse level as well.


Signs from Atlanta’s “Money Out, Voters In” rally. (Photo: United for the People Georgia, Flickr CC BY 2.0)

BASCOMB: Mhm. And how has all of that dark money and politics affected the environment and the way politicians are choosing to support or not support environmental issues?

DYKSTRA: Well, one of the things that's happened since Citizens United is that whatever Republican concern there was among office holders about climate change has absolutely vanished. If you go back to a little bit more than 10 years ago, Mitt Romney was in favor of climate action. The late John McCain was in favor of climate action. And governor Sarah Palin of Alaska, actually had a climate sub-cabinet to address the concerns in the sub-Arctic. All of those people changed, others changed. And the political climate on climate change is more polarized than it's ever been.

BASCOMB: Mhm. So you're saying then that Republicans feel like they can't take on the issue of climate change because they're going to have all this dark money put against them if they do, from what the like of the Koch brothers and such.

DYKSTRA: Right, and the more moderate candidates are afraid of getting challenged in primaries by candidates backed by this dark money, who for the most part, are in the camp of climate denial.

BASCOMB: Peter Dykstra is an editor with Environmental Health News. That's ehn.org and dailyclimate.org. Thanks, Peter. We'll talk to you again real soon.

DYKSTRA: All right, Bobby, thanks a lot. Talk to you soon.

BASCOMB: And there's more on the stories on our website loe.org.

Earther | "Caring About Climate Can Help You Get Laid"