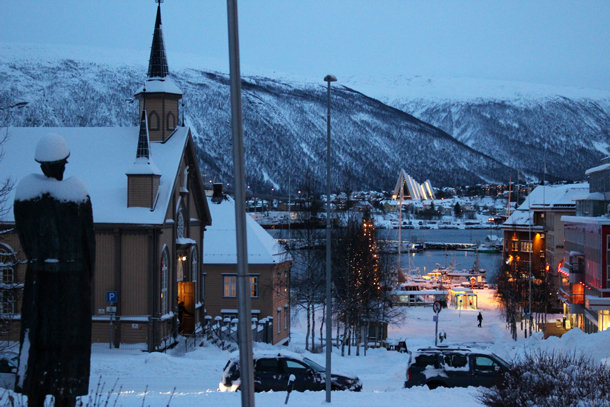 The city of Tromsø, Norway, during one of the country’s winter days. (Photo: Lee Dyer, Flickr, CC BY-SA 2.0)

BASCOMB: It’s Living on Earth, I’m Bobby Bascomb. Scandinavia is nearly synonymous with cold and snow but a recent study out of Norway finds that’s beginning to shift. Oslo, Norway, the country’s capital is already experiencing 21 fewer winter days than just 30 years ago. And by 2050 scientists expect winter will last nearly half as long as today. For more, I’m joined now by Reidun Skaland, a climate scientist at the Norwegian Meteorological Institute. Welcome to Living on Earth!

GANGSTO: Thank you very much.

BASCOMB: What got you thinking about this question? I imagine, you know, 30 years ago isn't all that long people probably remember when winters were more extreme and lasted for longer.

GANGSTO: Yes, definitely, people are talking about it that the winter is milder and that we have less snow than we used to have. I think many Norwegians know which as they define themselves as skiers, they love going out to skiing and winter time and we say that the Norwegians, they are born with “skis on their feet,” and maybe that the expression will change because they're not so often conditions that are very good for going skiing anymore. And people will notice that, but there are also other consequences with milder winters, we see that the risk of getting different landslides, different type of landslides is increasing. And that is something that people may get a bit more worried about, and also by seeing more rain and problems due to heavy rainfall also in wintertime, that's something we are not so used to.

BASCOMB: So are you seeing flooding and things like that as a result then?

GANGSTO: Yes, both flooding because of the rivers and also in the cities, when we get very heavy rainfall in the city, you can have floods and water in the basements of the houses and so on.

BASCOMB: What about outside the cities in Norway, I'm thinking of the island chains in the Svalbard archipelago and the coastal areas?

GANGSTO: It's a huge difference. Yes.

BASCOMB: And why are the islands off of Norway warming so much faster than than the mainland? 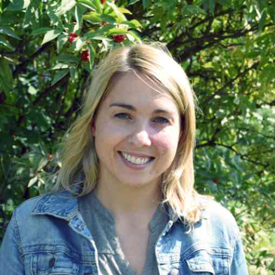 GANGSTO: Well, like for instance, Svalbard, here we have this very high temperature increase, mainly due to the melting ice and snow, because especially the Fjords and the sea around the island is usually covered or it was usually covered by snow and ice. And when this disappears, the surface gets darker. And that means that also it absorbs more heat from the sun. And then the warming happens much more quickly because of that.

BASCOMB: And what about the wildlife? How are the shorter winters affecting them?

GANGSTO: I think one main problem for the wildlife is that before when the winters are more stable, and cold, they would have snow covering the fields and they would get the grass below the snow without problems. But now we may first have some snow and then some rain and then some freezing again and there will be ice covering the grass and they will not access the grass that easily anymore. So I think like reindeers and elk and deers, they may have more problems getting food now and in future than they used to. So we have to be prepared for more extreme weather and the consequences that it's will give for Norway.

BASCOMB: Reidun Skaland is a climate scientist with the Meteorological Institute in Norway. Thank you for taking this time.

GANGSTO: It was a pleasure.

Read more about Reidun Skaland on the Meteorological Institute’s website