UN and Protections for Climate Refugees 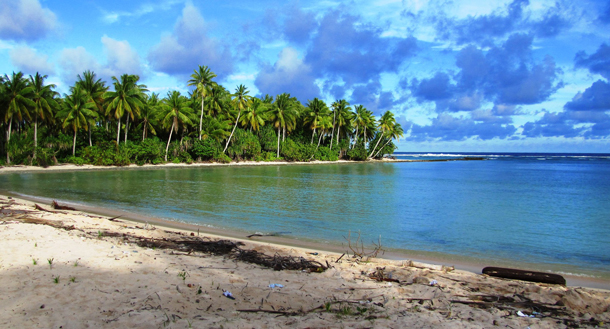 Kiribati is a small nation of 33 atolls and is expected to be underwater due to sea level rise by 2050. (Photo: Kev Guy Flickr, CC By 2.0)

Climate change refugees are not yet recognized by international policy but a recent ruling by the United Nations Human Rights Committee has opened the door to new types of protected status. Andrew Harper, the Special Advisor on Climate Action to the United Nations High Commissioner for Refugees, joins Host Bobby Bascomb to talk about what this case means for those affected by climate displacement, and how to protect those most vulnerable to climate impacts.

BASCOMB: The United Nations High Commissioner for Refugees estimates there are nearly 26 million refugees in the world today and 3.5 million asylum seekers. Those are people who’ve been forced to leave their country of origin because of war, conflict, or persecution. The UN does not formally recognize climate change refugees but that position is beginning to shift, following a case brought to the UN by an asylum seeker from Kiribati. Ioane Teitiota applied for asylum in New Zealand, claiming that his South Pacific island home was flooding with sea level rise and he could no longer live there. New Zealand denied his request and the UN agreed with that decision because they said Mr. Teitiota was not in imminent danger. But the case did crack open the door for future asylum seekers for whom the threats of climate change are more acute. Here to explain is Andrew Harper, Special Advisor on Climate Change to the UN High Commissioner for Refugees. 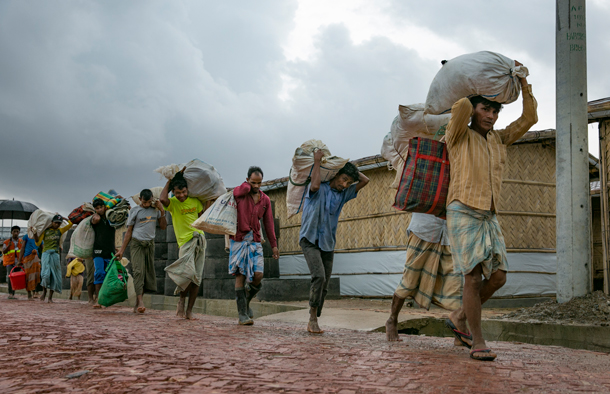 HARPER: What this landmark decision has basically set a precedent for is that in the past where national asylum authorities could dismiss an asylum case, because the asylum seeker cited environmental reasons for being unable to stay in the country. Now, with this precedent setting where an imminent life threatening risk could arise as a consequence of climate change, each national asylum authority will have to undertake an individual determination of this person's claims. This precedent, and a lack of action by states can be expected to trigger international protection obligations. So this is where it is particularly important for UNHCR and other human rights organizations to take particular note of this decision. And while the Human Rights Committee's decisions are not binding, they are expected to be taken in good faith, and in relation to the Refugee Convention, the 1951 Refugee Convention, such precedents will inform the guidance that we provide to states and we, we've already been contacted by a number of states who are looking at what will be the implications of this.

BASCOMB: And recent research suggests that people are three times more likely to be displaced by climate change related disasters than by conflict or war. And of course, the problem of climate change is only going to get worse with time. How do you prepare for something like that? 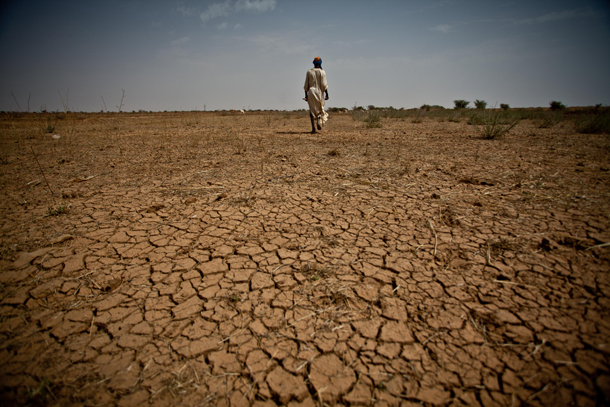 HARPER: What our objective is, is to invest much more in mitigating the impact of climate change, supporting communities adapt to an increasingly hostile future, to prevent the need for people to become displaced. No person generally wishes to leave their community. Certainly people in the South Pacific, they don't want to see their islands disappear under the waves. People in many parts of Africa do not want to leave their farms. They want to continue the lives which they've had for generations, they want their children to be going to school, they want to be provided with health care. There is an obligation for the international community to provide the support to particularly vulnerable states and populations to mitigate this horrible catastrophe, which many of them have not really had a contribution to. So, rather than states being so concerned about populations coming to their doors, their borders, what we should be doing is trying to mitigate the need for people to leave in the first place.

BASCOMB: Well I mean, that's a big job, though. That's, you know, requiring the world to get together and reduce carbon dioxide emissions and greenhouse gas emissions. And that seems like a big task, to put it mildly. How do you do that? 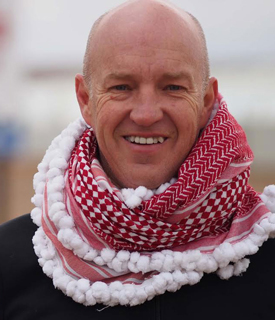 Andrew Harper is the Special Advisor for Climate Action to the United Nations High Commissioner for Refugees (Photo: Courtesy of UNHCR)

HARPER: Well, firstly, we do need to have a recognition, we do need to see international burden sharing. The scientific background is there. What we don't necessarily see at the moment is the scale of programs, the focus on impact, and the timeliness of taking steps. We are seeing an increasing momentum within the international community that climate change is real. And it should also be noted that some of the most progressive states in relation to providing protection for populations displaced are actually in Africa. They recognize that people who have had to flee because the effects of climate change, and disasters due to no fault of their own, are in need of protection. So it's really up to the wider international community to be as progressive as some of these smaller states, and let's say, more fragile states who provide a level of protection and generosity and dignity, which we could all learn from. It's very difficult when the world ignores the impact of climate change, when the world continues to pump carbon dioxide into the air and expect that there'll be no consequence. There will be a consequence. We need to be doing much more to prevent displacement, or we have an obligation to protect those people being displaced.

BASCOMB: Andrew Harper is the Special Advisor on Climate Change to the UN High Commissioner for Refugees. Andrew, thank you for your time today.

HARPER: Thank you very much for the opportunity.