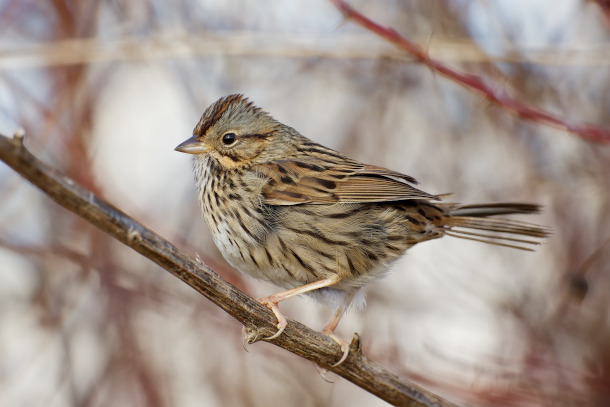 The Lincoln’s Sparrow is a small bird native to North America, known for its wrenlike sound. (Photo: © Gregg Thompson)

For many birds, October is a month of migration and movement, as birds of all kinds in the Northern Hemisphere make their way south. BirdNote®'s Michael Stein shares some notable species to keep an eye, and ear, out for this month.

CURWOOD: Look up in the sky this time of year -- or better yet, listen up! -- and you’ll surely see and hear great flocks of birds on their long journeys south here in the Northern Hemisphere. BirdNote’s Michael Stein has more.

In October, massive movements of birds take place across the continent. The exodus of summer visitors to the tropics has given way to a surge from the north. The brambles twitch with sparrows [Call of Song Sparrow], blackbirds flock by the thousands. Bays and lakes sparkle with waterbirds — loons, grebes, dabbling and diving ducks. [Chatter of Mallards] Many of them nested well to the north, on tundra ponds. 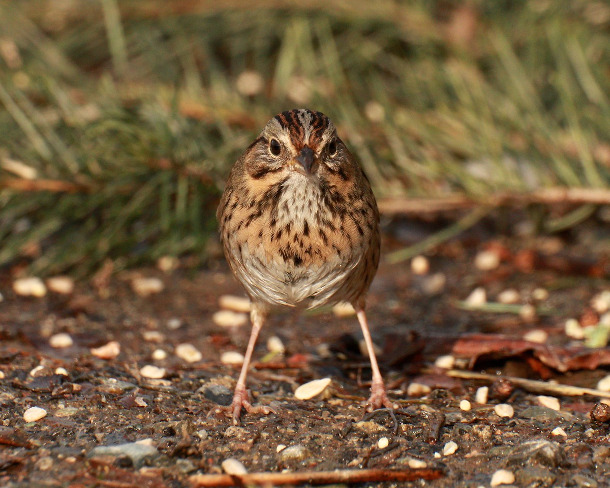 The sandpipers called Dunlins now swarm south, to winter along both coasts, by the many thousands. [Dunlin flock calls]

CURWOOD: For pictures, fly on over to the Living on Earth website, loe dot org.