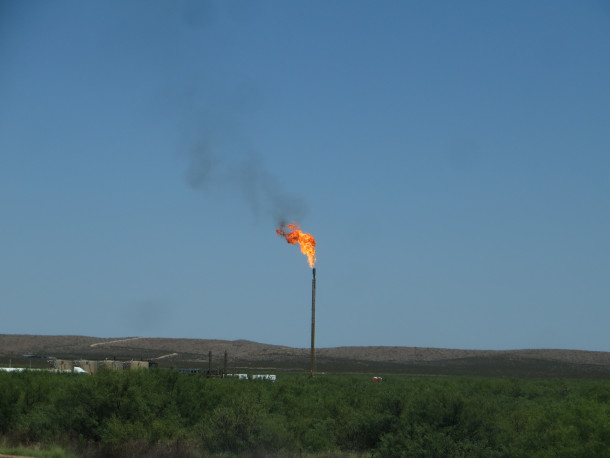 A natural gas flare in Balmorhea,Texas. (Photo: Ken Lund via Flickr, CC BY 3.0)

SENATE VOTES FOR STRONG METHANE RULES: The Trump administration placed severe limits on the EPA’s ability to regulate methane, a strong greenhouse gas. Now lawmakers in the U.S. Senate have voted 52-42 to disavow the Trump methane policy and return to stronger Obama-era regulatory standards, and the House is due to take up the measure soon. Senator Martin Heinrich (D-NM), a lead co-sponsor of the bill, joins Host Steve Curwood to talk about the need for swift legislative action to limit leaking methane.

CURWOOD: In a bipartisan vote, the U.S. Senate approved a bill that would undo the Trump administration’s major weakening of methane emission rules. And it is expected to pass the House. The measure takes advantage of the Congressional Review Act, which allows Congress to void regulations made at the last minute by an outgoing administration. Democratic Senator Martin Heinrich of New Mexico co-sponsored the bill and joins me now from Washington. Welcome to Living on Earth, Senator!

HEINRICH: It's my pleasure.

CURWOOD: Now the Trump administration notoriously weakened a number of environmental regulations. Talk to me about how it weakened the methane rule. And what did that mean for the nation, and for that matter, our planet for these past four years?

HEINRICH: It really meant lost time in terms of addressing the challenges that we had, and lost international leadership. We should be leading the world's efforts to control methane. It's one of the most straightforward things we can do. And even most of the international majors in oil and gas, understand that by capturing this methane, they're actually selling more product than if they let it become fugitive methane and just leak out of the infrastructure. So this is something that we should have done, obviously, five, six years ago, and we're making up for lost time.

CURWOOD: You're a co-sponsor of the Senate methane bill. Senator Heinrich, why was it so essential for the Senate to act now under the Congressional Review Act, rather than draft its own legislation going forward? 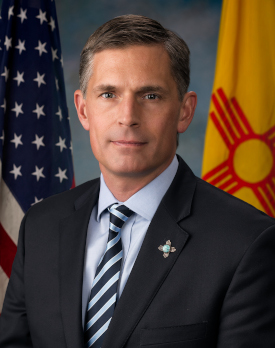 HEINRICH: Well, the Congressional Review Act is sort of a ticking time bomb when a new administration comes in. So if you wait too long, you lose the ability to revisit those rules. This puts us in a position of leadership again, right out of the gate. And it also creates a situation where the EPA can look at further rules down the road, and sort of sets a clean slate so that they can look at other sources and what rules might be appropriate for those. So rather than spend a lot of time writing new legislation for something that we already know how to fix, that there's wide support for, this gets us as good a starting point as we could hope for in a new administration.

CURWOOD: So how do your constituents feel about having the methane rule essentially reinstated? I understand there was a flyover study by the New Mexico Environment Department and the EPA that said that there was pretty heavy methane leak rate from oil and gas industry in your state, perhaps 5%.

HEINRICH: We've seen an increasingly high amounts of methane leakage in the southeast part of the state. And one of the things I would argue is, every cubic foot of leaked methane is one that doesn't go to market and benefit the state. This is a positive for the state's budget. But it's also just the right thing to do. This stuff is dangerous, in its uncombusted form a very powerful driver of climate change. And it's bad for public health. So we just can't have it in these communities. This is something we know how to fix, we should fix it.

CURWOOD: How does the oil and gas industry feel about having the methane rule reinstated? What's the economic balance for them?

HEINRICH: I would say that the math is fairly clear that they actually do better by controlling the methane. And that is why you will see many of the International majors have endorsed this effort: Shell, Equinor, BP. And in the case of those portions of industry that have not been willing to do that, I think it has been more a case of dogma and culture that it has been of dollars and cents.

CURWOOD: Senator Heinrich, this vote to undo the weaker methane regulations that were put in place under the Trump administration, was in fact bipartisan. What kind of precedent does this set in terms of bipartisan cooperation around fossil fuels and things that affect the climate? 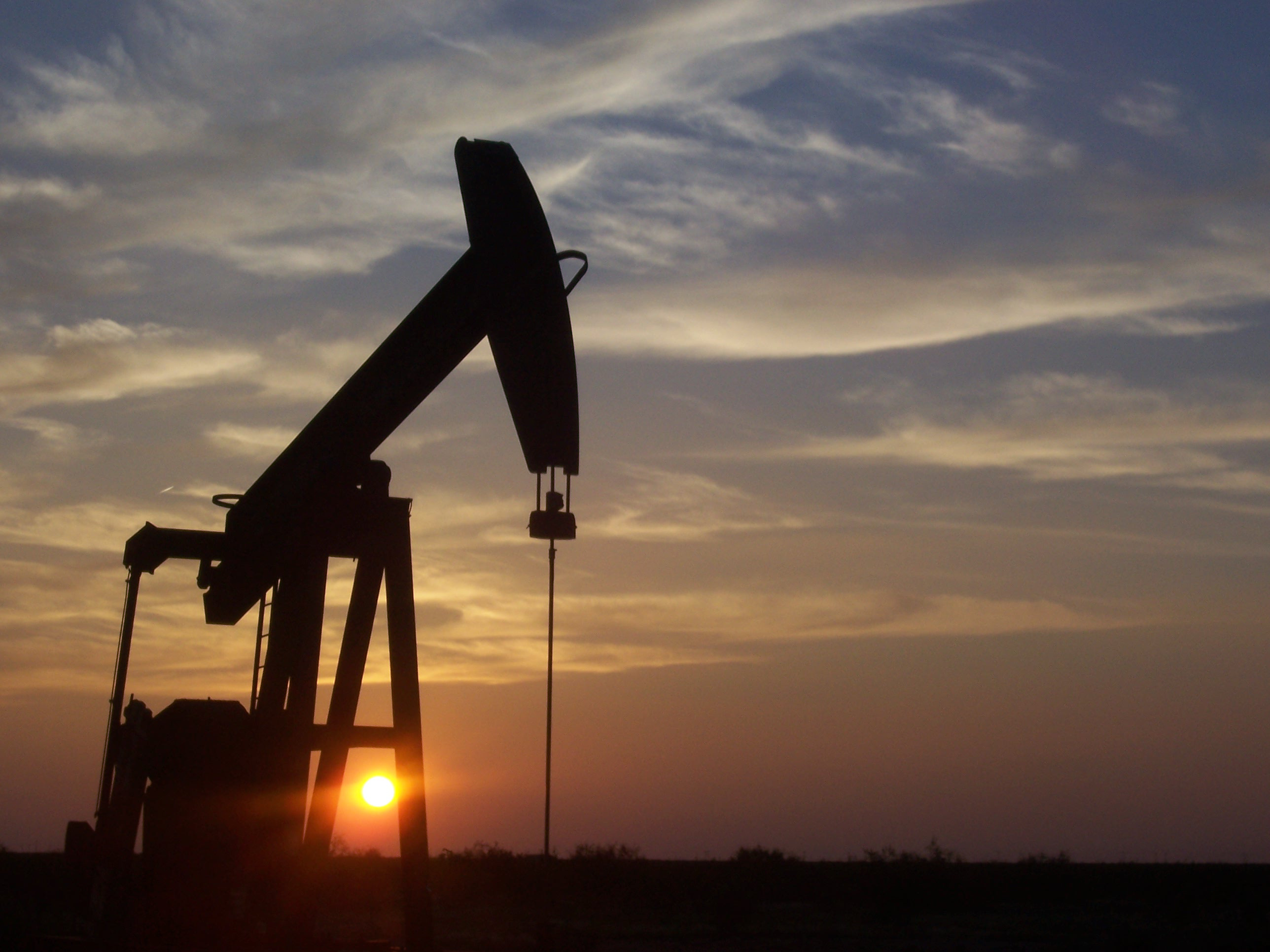 Fossil fuel use and production is a major contributor to global methane emissions. (Photo: Eric Kounce via Wikipedia, CC)

HEINRICH: My experience is that success breeds more success and failure breeds more failure. And the good news is, we now have twice in a row, in just a matter of months, fixed some things that were obvious and must fixes to begin to address climate change. We dealt with hydrofluorocarbons, which are those refrigerants that are super powerful climate drivers. And we did that in a bipartisan way. Now we've dealt with methane. So my hope is that this builds some momentum for continued bipartisan progress on at least some of the things that we have to do if we're gonna stay below 1.5 degrees Celsius.

CURWOOD: Let's talk about another climate related issue that you are pushing legislation about, I'm talking about electrification. What are you calling for exactly? And how does this connect with the long term reality of transitioning our society away from natural gas and the other fossil fuels?

HEINRICH: Well, as we look at investing in infrastructure in our country, I think one of the things that's important is to create incentives to really reduce the amount of combustion writ-large that we do in our homes and businesses. Indoor air quality is a huge public health problem. And part of the reason why we have such challenges with indoor air quality is because we continue to burn natural gas inside our homes, inside our businesses. So, having incentives in place to switch those appliances out to completely clean non-emission, electrified appliances like heat pumps, like heat pump water heaters, like induction stoves, is a big part of how we get at some of the more challenging portions of our emissions footprint. We also need to have a grander vision of how we clean up our entire energy infrastructure in this country and on this planet. And I think you're gonna see a pivot of companies that are involved in the oil and gas sector today, moving towards technologies like hydrogen. And we're going to change out many of the things that we do today, the way we do them with technologies that are much cleaner and much better for our public health. 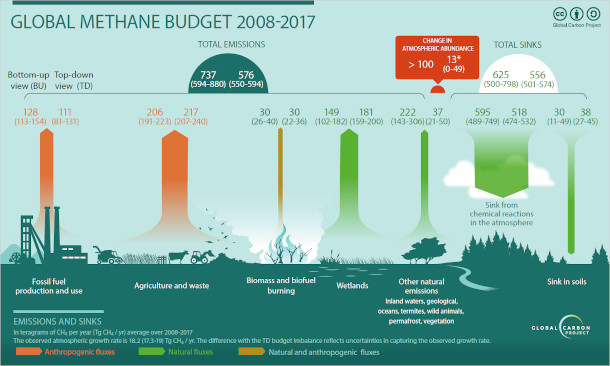 CURWOOD: How quickly does the kind of transformation that you're talking about here need to happen in order to really make progress in dealing with the climate crisis do you think?

HEINRICH: I think to hit our goals, what we need to do is start now. And we need to apply it to all of our major appliances as they get to the end of their service life. So it's not critical that you take your existing gas water heater and change it out to a heat pump water heater today. But it is critical that we create the incentives that when you reach that end of service life, that you replace that appliance with something that is cleaner and healthier. And if we do that, we have a real chance at mitigating the worst impacts of climate change.

CURWOOD: Democratic Senator Martin Heinrich of New Mexico, thank you for being with me today.

More on methane from the Climate and Clean Air Coalition