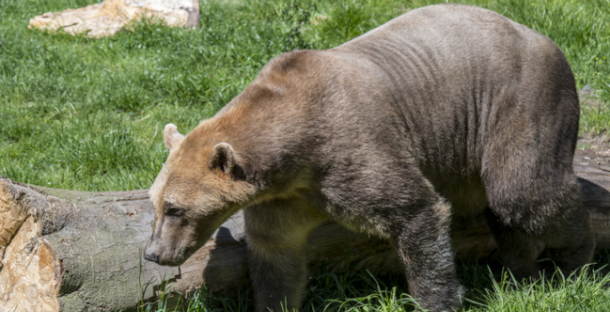 Pizzly bears have a physical appearance that is a mix of grizzly and polar bears. (Photo: Philippe Clement/Getty Images)

BASCOMB: The Arctic is warming faster than any other region on earth, it actually rained on the Greenland ice sheet in August for the first time ever. And sea ice recently reached its minimum extent for 2021. It was the 12th lowest amount of ice since scientists began keeping records. And for the endangered polar bear, a warming Arctic is bad news. With their habitat melting, polar bears are having trouble finding food. At the same time grizzly bears are moving north and, in some cases, mating with polar bears, creating a hybrid animal known as a pizzly bear. Larisa DeSantis is a paleontologist and associate professor of biology who studies pizzly bears at Vanderbilt University. She joins us now for more. Professor DeSantis, welcome to Living on Earth!

DESANTIS: Thanks so much for having me.

BASCOMB: So tell me please, what does a pizzly bear look like? And how do these hybrids compare with the parent species of grizzly and polar bears? 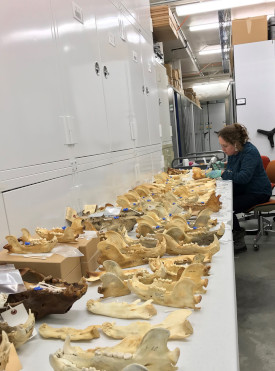 DESANTIS: So a pizzly bear is essentially an intermediate between these two. It's a hybrid species, and it's actually fertile. And they actually look exactly like you would expect mixing a polar bear and a grizzly bear. So, polar bears tend to have really elongated skulls. And this is because they're really well suited for being able to hunt seals in sea ice. And so essentially, they can sort of get into those holes and effectively hunt those seals. The grizzlies have much shorter skulls, and they're able to exude really high bite forces to be able to eat really hard foods when needed. And so essentially, this pizzly is intermediate between those two, you can also see that their coloration is sort of intermediate, right? So they're, they're a bit lighter in coloration than a grizzly, but darker in coloration than a polar bear. And there's lots of other features that folks have studied in captivity, that seems to also be intermediate as well. And this includes sort of the morphology of their hair to also their swimming ability, right? So they're better swimmers than grizzlies, not as good as polar bears. Now, typically, hybrids are not better suited than either parent species for a particular environment. Normally, we would say that a grizzly bear is better suited for its environment, and a polar bear is better suited for its environment. But as we're dealing with a warming Arctic, we really don't know how these pizzlies will do in the future, and they may be better suited for the warming Arctic than the polar bear.

BASCOMB: Now, many hybrid species like ligers, or mules are sterile and can't produce offspring themselves. But I think you just said that pizzly bears actually can reproduce. Does that make them their own species?

DESANTIS: So I teach introductory biology. And there we go over the different species concepts. And typically, as biologists, we use the biological species concept. And what that idea is about is essentially that if two different species are able to produce fertile hybrids, then technically they are not two different species. Now, that being said, the polar bear and the grizzly bear are really sort of a unique situation. They diverged roughly around 500,000 or 600,000 years ago. They're pretty closely related to one another in the grand scheme of things. And they also look quite different from one another, right? These are different bears, we know they're different species. They do completely different things in their ecosystems. They're of different ecological niches, for example. And so if we looked at, say, even the morphological species concept, or the ecological species concept, we would definitively say that these are two different species. But you're absolutely right, you know, they can produce these fertile hybrids, that's really interesting. And we know that it's actually able to persist. So for example, there was a study in 2017, where they noted a particular bear was the product of a pizzly-grizzly mating. And so a polar bear and a grizzly had made it. Then that offspring, the pizzly mated with another grizzly and produced another hybrid. And so we do know that you can still get sort of the viability of these bears sort of down the road. 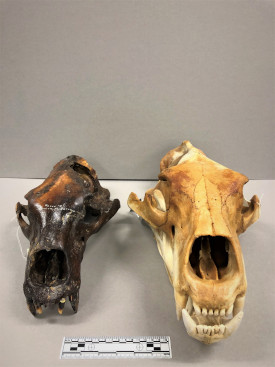 BASCOMB: So then would you say pizzly bears are their own species?

DESANTIS: I wouldn't go that far. They are a hybrid. And hybrids occur pretty frequently in nature. And typically we see hybridization occurring, you know, over and over and over in particular regions where two different species are coming together. And so it's not surprising that we see hybrids of these two bears, especially since they're closely related. And this is because essentially, the brown bears, the grizzly bears are moving north due to Arctic warming. The polar bears are actually having to retreat from the sea ice, the lack of sea ice, and they're having to come further inland and often travel further south or look for other food resources. And other studies are coming out even, you know, just recently showing that they're trying to eat you know, seabird eggs and not very effectively or, you know, whatever they can sort of scrounge around and and that's one of the things that is really kind of challenging for this polar bear is because it has this elongated skull, it's not well suited to eating just sort of any type of food source, right? It actually has biomechanical constraints that prevent it from, you know, eating really hard things. And so it's sort of having to scavenge potentially, to find different food resources. It'll find these bowhead whale carcass sites, that's where the grizzly bears can also be as well. And they're coming into increased contact and occasionally mating.

BASCOMB: So how many pizzly bears are there now roughly, would you say, and what is the trend looking like for the populations going forward?

DESANTIS: So that's a great question. And unfortunately, we don't know the answer. We don't know how many pizzlies there are. The pizzly was first discovered in 2006 and has recently been you know the focus of various studies both in captivity, and also in the wild to try to sort of document occurrences when we have hybridization. It can be difficult to sometimes tell if morphology isn't quite signaling that this is a hybrid species. But in many cases, these bears do really look intermediate in form and can be identified visually and then subsequently followed up with genetic testing to sort of see if they are, in fact hybrids and verify this. So we don't know if if hybridization will continue, will increase, will decline. I expect that it will increase because we are increasing the frequency that these two bears are coming together. That all being said, it's something that needs to be sort of monitored carefully. And we really need to better understand sort of how fit or or not fit these hybrids are for living in a sort of Arctic ecosystem, but also a dynamic and changing ecosystem. 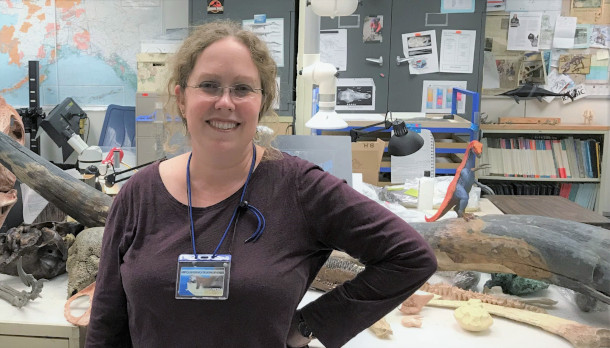 BASCOMB: So with polar bear populations declining so dramatically with the loss of sea ice, and with climate change, as you were just saying, how likely is it that they will ultimately be replaced by pizzly bears or even grizzly bears if it gets much, much warmer? And for that matter, how would a different apex predator in the Arctic affect the whole ecosystem?

DESANTIS: So that's a fantastic question. And we really don't know the answer to that. But what we need to do is actually monitor the polar bears, continue to monitor grizzlies, and also monitor these pizzlies, and see how they do. So as I mentioned, hybrids normally aren't better suited than either parent species, right? But in this case, with the environment changing, they may be our hope for an Arctic bear. And what we do know about predators across the globe, and through time is that apex predators especially are really key to the functioning of ecosystems, right. This is why wolves were reintroduced to Yellowstone, because the elk populations were sort of out of control, wreaking havoc on the vegetation, things were out of balance. And so reintroducing wolves to that system really helped provide sort of a more functional ecosystem and a more stable ecosystem. So we know that the apex predators are super important. I'm really hopeful that we can change some of our actions in regards to the polar bear and give that species hope. That being said, if this pizzly, this sort of intermediate morphology, intermediate conditions is better suited, which we don't know. But if it is, then that may give us hope for an Arctic bear in a world in which we have Arctic warming.

BASCOMB: Larisa DeSantis is a paleontologist and professor at Vanderbilt University. Larisa, thank you so much for taking the time with me today.

DESANTIS: Thanks so much for having me. This is really fun.