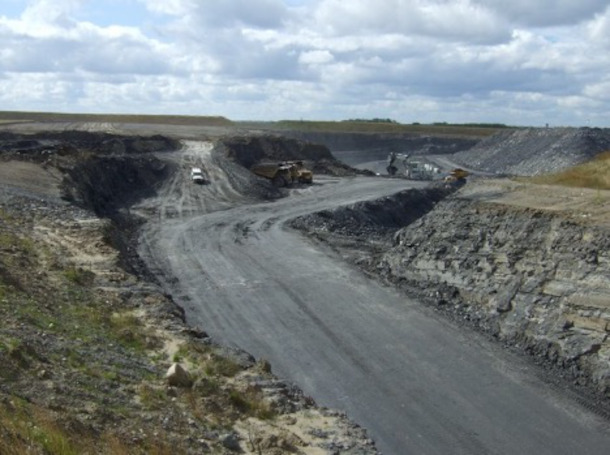 Extraction of minerals on U.S. public lands is based on a 150-year-old law that doesn’t require royalty payments or adequate protection for the environment and local people. Reporter Jim Robbins talks with Host Bobby Bascomb about the concerns around a proposed lithium mine in Nevada and efforts to reform the antiquated mining law.

BASCOMB: From PRX and the Jennifer and Ted Stanley studios at the University
of Massachusetts, Boston this is an encore edition of Living on Earth.I’m Bobby Bascomb.

To fast-track electric vehicles and a renewable energy transformation we need minerals like lithium that make battery storage possible. But in the US, the legal extraction of those minerals on public lands relies on a 150-year-old law, the General Mining Law of 1872, which doesn’t require that mine operators pay royalties to the government. It was put in place to spur settlement of the West when the country was young but today the antiquated law affords very limited protection for the environment or local people. For more, we turn now to Jim Robbins, a veteran journalist based in Helena, Montana who wrote about the mining law for Inside Climate News. Jim, welcome to Living on Earth.

ROBBINS: Thank you for having me.

BASCOMB: So last year, a new open pit lithium mine was approved and Thacker Pass Nevada, give us a sense, please of the importance of lithium and some of the other minerals found out west in terms of transitioning towards a green economy.

ROBBINS: Lithium is probably the most important mineral for the decarbonization of the world. It is central to electric batteries for electric vehicles. It's lightweight, it holds the charge very well and you can charge it again and again and again. So its importance can't be overestimated. And there is a global competition to be the companies that extract and sell lithium. It's really soared in price in the last few years and will probably go even higher.

BASCOMB: That obviously creates a lot of demand if the price is going up.

ROBBINS: Yes, I mean, the demand is off the charts. And there's a worldwide scramble for new resources. This mine, in Thacker Pass, Nevada, near the Oregon border is the largest in the US. So it's very valuable. It's worth it right now at these prices are over 4 billion. And it may be worth a lot more as the mine continues.

ROBBINS: Ulysses Grant signed this into law a few months after he signed The National Parks Act that created Yellowstone National Park. So he had a, a varied approach to to the West in just a few months time. The law was created to spur the development of the West to bring people out primarily for gold and silver deposits. It was essentially a giveaway. So people would make the trip to the west and explore. If you go out on the landscape and pound for stakes in and locate a claim that entitles you to explore for minerals on that 20 acres exclusively. And if you find something, you can patent it. And if it's valuable, you have to prove it up, you have to show that it's worth developing. If you do prove that it's worth something you can patent it, which means you can own it outright. 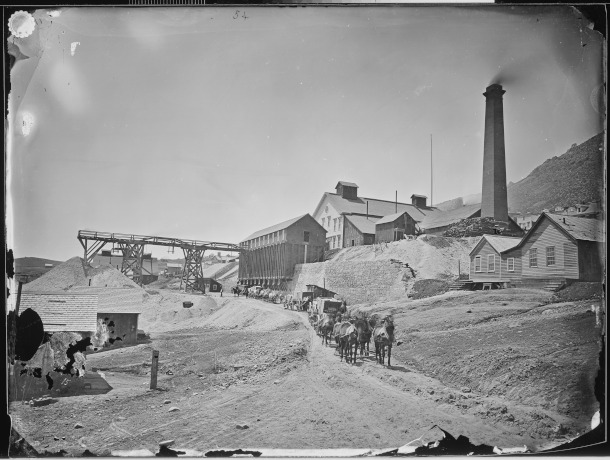 BASCOMB: Well, a lot of the Western US the land is federally owned. This new lithium mine that’s in Nevada, which is almost 90% of the state of Nevada is owned by the federal government, be it Bureau of Land Management National Park, what have you. But you write here that these mining companies that work on this publicly owned land, they don't have to pay any royalties or fees to access the land. I mean, oil companies have to pay royalties, why not mineral companies?

ROBBINS: Well, that's the way the law was written because it wanted to benefit miners who would come out here and make as much money as they could and it would spur development. You know, what's interesting to me is a lot of the mining in the West is done by Canadian companies. So they're profiting off of this archaic law substantially. And then in this case, Lithium America is the largest shareholder is Chinese. And Chinese are one of our great competitors in lithium mining. So a lot of the benefits of the mining law of 1872 are going to other countries and mining companies and other countries. And it seems a bit ironic that our competitors are benefiting from such a law that not only gives away our mineral deposits, but lets them get away with less than a full reclamation of these sites.

BASCOMB: Let's unpack that a little bit. It seems like there's a lot of potential environmental concerns here. And chief among them are water. Roughly 40% of Western watersheds you write in your article have been contaminated by mining. What kind of contamination are we talking about here?

ROBBINS: Well, in this case, it could be sulfuric acid, a story in The New York Times said antimony is one of the minerals that could leach. According to the Environmental Impact Statement, arsenic is another chemical that could leach into groundwater. A lot of times these mines with bare rock when they get rained on, they create sulfuric acid which leeches into the water and this water one of the ranchers has said this groundwater could, could drive him out of business, if it becomes polluted because he won't have any to raise his cattle. It's supposed to drop the water table by 12 feet according to the environmental documents. So there's a whole host of things that the state and federal regulators have said, well, we can live with these. But people are saying well if things get out of control, or they don't happen the way they've planned, then we can have some real damage here.

BASCOMB: Right. And you write that the mining companies very often don't stick around to remediate the mines once they're done extracting the lucrative resources or to cleanup the watershed, if they've contaminated. Taxpayers are often left with that bill, how much is that costing us?

ROBBINS: There are 140,000 abandoned mine features across the West. And as of two years ago, it's cost about 50 million for just for one site to clean up and billions of dollars to put these things right. And there is money in legislation pending in Congress that would add to that, because there are so many sites that have been left untreated.

BASCOMB: Let me just get this straight. Because I think this is a lot to wrap your mind around. We have a 150 year old law that allows foreign companies from Canada, China, wherever to come to the United States extract these very, very valuable resources without paying any royalties, any money going to the citizens of this country. The government, they take these valuable resources out, make a bunch of money from it, and they don't necessarily have to pay for the full damage that they might cause. What are we getting out of this?

ROBBINS: Now the company would say, this is critical for clean energy future, the Biden administration has made this a priority to mine lithium and cobalt and nickel and other things central to these batteries. But at the same time, they've said we have to have reform for the mining law of 1872. So we'll see how that goes. There have been bills introduced over and over again, since even before electric vehicles became a thing. I've been covering this subject since 1980s. And there have been many bills introduced to reform the mining law of 1872. They've never passed, there's too much money to be made. And there's a lot of resistance from mining companies which are very powerful. And so any effort to pass congressional reform is probably not going to make it. Experts tell me the best bet for reform will come through regulations. The BLM and Forest Service will have to promulgate those regulations to tighten the law and the reclamation requirements.

BASCOMB: Jim Robbins is a veteran freelance reporter based in Montana. Jim, thanks for your time today.

ROBBINS: You're welcome. Thanks for having me.


Inside Climate News | “As the US Rushes After the Minerals for the Energy Transition, a 150-Year-Old Law Allows Mining Companies Free Rein on Public Lands”