Mockingbirds are masters of imitation. And a North Carolina professor has made it her life’s work to master the intricacies of mockingbird society. As Leda Hartman reports, this scientist doesn’t have to go far to do her fieldwork. She studies the mockingbirds that live right on her campus.

CURWOOD: A quarter of a century ago, little was known about the ways of mockingbirds. That’s about the time Cheryl Logan began researching the celebrated songsters and made it her life’s work. But Professor Logan, who teaches are the University of North Carolina at Greensboro, is not an ornithologist. She’s a psychologist. And, as we find out, that’s just the kind of expertise needed to understand the intricacies of mockingbird society. Leda Hartman reports.

[SOUND OF TRAFFIC AND BIRDS]

HARTMAN: Most people who visit the University of North Carolina at Greensboro see a busy, urban college campus with classroom buildings, a parking deck, a baseball stadium. But Cheryl Logan, from her bird’s eye view, sees a very different world. The parking lot where she’s standing is part of an elaborate complex of mockingbird fiefdoms. Each has its own strictly defined borders. And each is zealously guarded by the male who rules the roost.

He’s especially protective of his nest, usually found in a crepe myrtle or holly bush. Logan sees and hears things that just fly by the rest of us. 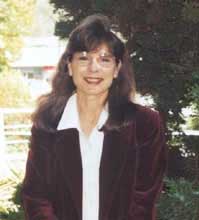 LOGAN: There’s another one. They’re really everywhere. Just right in the middle of the street.

HARTMAN: At 56, Logan is petite and full of energy, with strands of silver just beginning to show in her dark brown hair. She’s been chasing these gray and white birds for almost half her life. And still, after all that time, her face lights up, attentive and absorbed, as she watches them.

What keeps her fascinated? For starters, Logan says, a typical male can sing up to 400 different songs. Most, if not all of them, are stolen from other species, making the mockingbird the original Napster.

LOGAN: There was some Carolina wren in there, I think. Almost all of it was other birds. I can’t always tell what all the other birds are. They know more other birds than I do. I think there was a little bit of blue jay in there. Some song sparrow.

HARTMAN: Even more intriguing is the mockingbird’s fearlessness. The typical eight-inch bird weighs just an ounce and a half. But, it will defend its territory, and its family, with almost reckless abandon.

LOGAN: If he sees a crow coming from this direction, he’ll head the crow up.

HARTMAN: He’ll take on a crow?

HARTMAN: How much bigger is a crow than a mockingbird?

HARTMAN: Inside a classroom building, Logan says, she was trained in experimental psychology, a field that usually observes animals in a laboratory setting. But over time, she became more interested in observing what animals would do independent of human manipulation.

LOGAN: I want to make them do something, and I set a situation up so that that’s the only thing they can do, and they do it, what have I really learned about them?

HARTMAN: Logan ended up studying mockingbirds because it was easy. They were right outside her window. In fact, they were all over campus. Logan calls herself a "psycho-biologist." She has pioneered research into the connections between the mockingbird songs and their behavior, and remains one of the few scientists with that specialty.

HARTMAN: Back in the parking lot, we watch a young couple that appear to be, well, flirting.

LOGAN: He may be attracting a female, because another bird just flew into that crepe myrtle on the other side of the parking lot. And, rather than chasing that other mockingbird out, he’s showing off. He’s flying into this perspective nest sites and singing. That may be courtship.

HARTMAN: Mockingbird romances are a lot like soap operas. The males pursue the females who often play the field before they settle down. Sometimes they two-time each other.

LOGAN: {LAUGHING] Well, they do have a couple of characteristics that make them similar to us. They do pair off in socially monogamous units. And they do break up. They’re quite devoted-- both male and female are quite devoted to taking care of the kids. They fight with one another pretty reliably.

HARTMAN: We leave the dating game to go off in search of a couple that has already settled down and is raising nestlings. We find them, or rather, we hear them, near one of the many construction sites on campus.

[CONSTRUCTION MACHINERY WITH BIRDS IN BACKGROUND]

HARTMAN: Logan’s sharp ears have picked up the calls of some mockingbird babies begging for food. She figures they’re about eight or nine days old. But even from a hundred feet away, she can hear them. If we get too close to the nest, Logan says, the parents will sense danger and use, what she describes as, "the chat call" to make the babies quit begging.

LOGAN: They’re so loud that if a reasonable cat or a crow is wandering by, the predator can certainly hear these calls. The best thing for the adults to do is shut the kid off.

HARTMAN: At the risk of being dive bombed, we go closer to a cluster of tall crepe myrtles, trying to locate the nest.

LOGAN: Okay, this is the attack. They’re directing their attention to us. Chat. [SINGLE BIRD CHIRPS] Notice, no begging calls. Now, if we walk directly toward the nest, they’ll stop chatting and start attacking.

HARTMAN: But the nest is too well-hidden. We can’t find it. And eventually, we move off. To these birds, humans can be meddlesome creatures who do annoying things like search out their nests or create massive construction sites, like the one a few hundred yards away.

Logan says the work removes both building materials and food from the mockingbirds’ habitat. Still, she’s more concerned about pollution harming the mockingbirds than about development. For instance, right near the parking lot with the courting couple, the baseball field has been sprayed with pesticides.

HARTMAN: Logan admits that she has no direct evidence that her birds have actually been harmed in this way. But, studies citing such effects on other animals don’t give her much comfort. Though concern for the welfare of mockingbirds has dominated Logan’s professional life, there are other animals in her personal life.

LOGAN: Hi, Louie, good boy. How are you? Yeah, good boy, this is Leda, Louie.

HARTMAN: Louie is a colossal canine who is also exceptionally shy. He waits politely for Logan in her SUV.

LOGAN: Hey, Louie, what you doing in the front seat? Did somebody come up to say hi to you and it scared you?

HARTMAN: Louie is Logan’s fourth Bernese mountain dog. He weighs 115 pounds, just about as much as Logan herself, and a big bigger than a mockingbird.

LOGAN: Yeah! [LAUGHING] Quite. But he’s so sweet. And not nearly as fierce as a mockingbird, are you? No, you’re not.

HARTMAN: Logan says that as a psychologist, she believes humans are trapped within their own conceptions of the universe…while other creatures have theirs.

LOGAN: I’m sure, for example, that my dog, Louie, that he perceives the world and comprehends the world entirely differently than I do, because his world is an olfactory world. And my world is a visual world and an acoustical world. And, I find it fascinating to get to know another species that is deeply intelligent in the way that I think mockingbirds are. But that perceives the world in ways that are just totally foreign to me.

HARTMAN: But after a quarter century of study, the ways of the mockingbird are a lot less foreign to Cheryl Logan than to just about anyone else. For Living on Earth, I’m Leda Hartman in Greensboro, North Carolina.