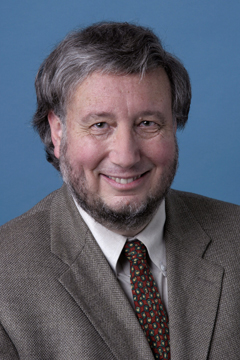 Recent studies cast doubt on long accepted treatments to lower cholesterol and treat diabetes. Given the criteria the FDA uses to approve most drugs, it’s no surprise, says Dr.Jerry Avorn, author of “Powerful Medicines, the Benefits, Costs and Risks of Prescription Drugs.”

CURWOOD: Whether or not nanobots in our veins are the future, at the moment chronic diseases in the U.S. are typically treated with pharmaceutical drugs. Yet in many cases, as Ray Kurzweil notes, we don’t fully understand today how certain drugs work. So not surprisingly some accepted treatments – such as those for diabetes, or to lower cholesterol - have been in the news recently more for their shortcomings than their successes. And some doctors – even while they believe that drugs can be helpful – also view them with a cautious eye.

One such doctor is Jerry Avorn, author of “Powerful Medicines, the Benefits, Costs and Risks of Prescription Drugs” – Dr Avorn, hello!

AVORN: Hello, good to be with you.

CURWOOD: Now, some of these latest studies for instance those about the cholesterol lowering drugs or diabetes management leave patience, well flummoxed. I mean where is the bottom line to know what we know about drugs and their usefulness and their side effects?

AVORN: Well, the bottom line really is that our way of testing drugs is really pretty limited in that if you can show, if you’re a drug company, and you can show that your drug makes a lab test look better after a brief period of time in comparison to what a sugar pill does then you can get the drug approved in many instances. And we certainly have seen that with cholesterol drugs and diabetes drugs. And the problem with that way that the FDA evaluates drugs is that what most patience and doctors want to know is not is it better than a placebo over a couple of month period on a lab test but will it make me healthier. Will it prevent a heart attack or a stroke or kidney failure? And amazingly enough the federal government does not actually require that that be demonstrated for an awful lot of drugs on the market, which is why we get these surprise headlines that we’ve seen.

CURWOOD: Wait a second, our Food and Drug Administration does not require that drug companies demonstrate that this stuff won’t make us sick in some fashion?

AVORN: That’s exactly right, Steve. What the drug companies who want to sell the drug have to convince the FDA is that it will make let’s say your cholesterol level look better if you take it for a couple of months compared to taking a dummy pill. And at the moment, unfortunately, at the moment that is the standard that the FDA applies for approving drugs and it does not make the companies go beyond that and say, “yeah, but will it prevent heart attacks?”

CURWOOD: Now, to what extent are we being told the truth about the research around these drugs by the pharmaceuticals? When they do these studies, which you say aren’t at a very high standard, how often are we told when things don’t come out well?

AVORN: Well, that’s yet a second problem. So, we’ve got this first problem of really pretty lax standards for approval. And then we’ve got the other issue of do we even know about the results when they don’t meet that low standard. The poster child for that problem was the Vitoren story of several weeks ago in which it turns out that the companies that was doing the testing of their drugs did not find that even the standards of making your arteries look healthier was being met. And somehow it took two years for that result to make its way into the public consciousness because the companies were sitting on the data. So even with low standards we often don’t even get those results in a timely manner.

CURWOOD: Jerry, how did we get here? I mean it’s been conventional wisdom that hey, if you have a cholesterol problem you should take these statins. How is it that what we though were tried and true remedies don’t appear to be so?

CURWOOD: You know, I’m mindful of that famous Walt Kelly cartoon where Pogo says, “We’ve met the enemy and it is us.” To what extent do our demands as consumers, our impatience as patience to get a pill to fix something, to what extent does that influence this practice as opposed to maybe other things we should be doing, you know eat healthier food?

AVORN: Right, certainly patience play a role here as do we physicians in terms of being more readily persuaded to prescribe things that are advertised as are patience are persuaded to demand things that are advertised. I think greater skepticalness, not paranoia but skepticalness on the part of patience about what they see in advertising or even frankly in news articles would be a very helpful antidote to some of this problem and to realize that at the end of the day how we live has an awful lot to do with our health, at least as much as what pills we take especially for generally healthy people who are just trying to ward off illness.

CURWOOD: Jerry Avorn teaches at Harvard Medical School and he’s the author of “Powerful Medicines, the Benefits, Risks and Costs of Prescription Drugs.” Thank you so much doctor.