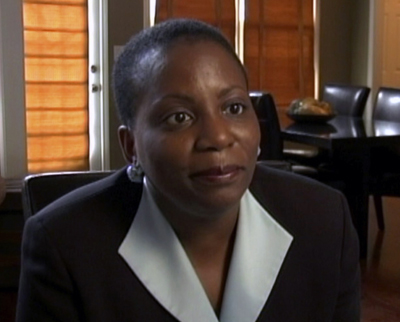 When it comes to your personal health, diet and exercise are great but your salary and zip code could be bigger factors in how long you will live. That’s the message behind the new PBS series “Unnatural Causes, Is Inequality Making us Sick?” Host Bruce Gellerman speaks with Llewellyn Smith, co-executive producer of the series.

GELLERMAN: They say in real estate, the three most important things are location, location, and location. Well, the same can be said for life expectancy: where you live can determine how long you’ll live. America ranks thirtieth among the nations of the world in life expectancy – on average, we die younger than Jordanians, Slovenians or Portuguese. And if you’re a member of a minority, the situation’s worse – you’re less likely to reach age 65 than someone in Bangladesh.

For the next month, a special PBS-TV series will explore what it is about the American experience that’s so deadly to the poor and minorities. It’s called ‘Unnatural Causes: Is Inequality Making Us Sick?’ The first show, ‘In Sickness and in Wealth,’ examines the hierarchy and health outcomes in a hospital in Louisville, Kentucky. Llewellyn Smith is co-executive producer of the series. 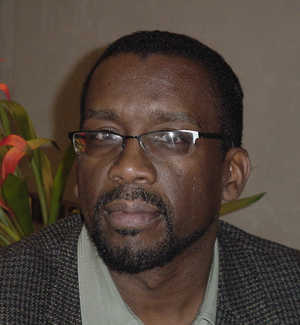 SMITH: If you imagine a ladder, with the wealthiest individuals, or wealthiest families, at the top and the poorest families at the bottom, but also imagine that there are different people all along the rung of that ladder, where you live on that ladder is a powerful predictor of what your health is going to be and how long you’re going to live. It’s more powerful than the personal behavioral choices that you can identify, because the research even shows that, if you have two smokers, and one is an upper-class, wealthier smoker, and one is a poorer smoker, there’s a greater chance that the poorer smoker is going to have diseases associated with cancer and so on than the wealthy smoker. 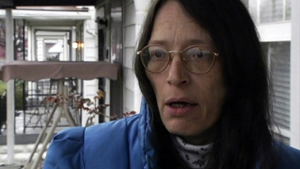 Mary Turner is an unemployed mother who is struggling to cope with poverty and health problems.(Photo: Unnatural Causes)

CEO: We’re fortunate that the choices we have may be greater than people who have less means than we do.

GELLERMAN: Let’s listen to the CEO:

[MUSIC AND SFX FROM ‘IN SICKNESS AND IN WEALTH’]

CEO: I have a neighborhood where I can be outside and know than I’m safe, and that I can exercise and walk – and I know that not every neighborhood in this country, or in this city, that’s true.

GELLERMAN: So it’s not just about the choices, it seems, that are open to the CEO, but the fact that he has control.

SMITH: That’s right. He has control over his life, he’s in a place where he can make good choices for himself, and for his family. In some years we did interviews with people who are impoverished, including, you know, Mary Turner. She understood what she needed to do to be healthy, and what it was – what was important to safeguard her family’s health. But could she make those choices? Could she actually buy the food, could she actually afford to make the choices, and the answer was no, and she knew that.

TURNER: Of course we’re dying young, versus 80 in the eastern section of the county, you know, because those people are more affluent, and they have things open to them. You have to eat what fits your budget – so when you get these, the family size and they’re a dollar ninety-nine, and you can feed four people with it, you know, versus, maybe, four with four dollars – I mean, what’s your choices going to be, you know. Especially when you’re on a 200 dollar a month budget for food. 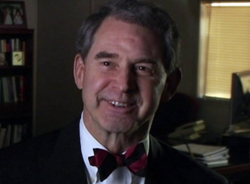 Jim Taylor is a father, grandfather and CEO of a large Louisville hospital. (Photo: Unnatural Causes)

GELLERMAN: So, lack of choices, lack of control, and a tremendous amount of stress.

[MUSIC AND SFX FROM ‘IN SICKNESS AND IN WEALTH’]

GELLERMAN: You said a study of monkeys, where you show there’s physiological effect of stress, and hierarchy, and that the monkey that are on the lowest ladders, the lowest rungs in their society – have the poorest health – you actually have a cross-section of their arteries, in showing how the ones with least power have the most clogged arteries. So it has a physiological effect?

Carol Schively is the scholar who is a researcher who is working with primates, and one of the things she talks about is a metabolic disturbance, or a metabolic syndrome. And this is largely the effect that increased cortisol has on the body.

GELLERMAN: And cortisol is the stress hormone.

SMITH: Cortisol is a stress hormone – that we all have – and it’s usually higher in the day, and then later in the evening it sort of drops off. But if you’re under stress continually, it doesn’t drop off. And we see these in the primates that she’s studying, and we can see this in human beings as well. 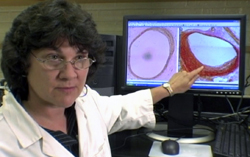 GELLERMAN: One of the most compelling pieces of video in this series, is where you have a black attorney, a woman, and she’s explaining how the stress of her every day life affects her:

ANDERSON: So, you know, whenever I walk in the store, nobody says, oh that’s Kim Anderson, African-American female lawyer, went to Columbia. They just see a black woman. I was at a store once, just walking around, thinking I was gonna buy a pair of jeans. This clerk’s following me around. So I said, ‘Why are you following me around? I’m not going to steal anything. Leave me alone. I am not going to take something.’

When you’re confronted with racism, that covert racism, your stomach just gets, like, so tight. You can feel it almost moving through your body, almost, you can feel it going into your bloodstream.

SMITH: The point there is not so much whether something happens, and it’s an occurrence of racism, but, do you have to be on guard? If you’re continually on guard about whether something, there’s going to be some sort of racist threat or racist attack – well, obviously, that’s stress, obviously your cortisol is up.

One of the things also, that we talk about in this film is that within this socioeconomic ladder, where you have better health at the top, and as you go down, health outcomes become worse and worse – if you’re an African American, wherever you are on that ladder, your health is going to be worse than your white counterpart. Even if I am wealthy as an African American, I am still not going to have as long a life, or as good health as someone who’s white, and making the same good money that I am making.

GELLERMAN: It seems to me that you’re not just trying to raise these points – you’re trying to, I don’t know, maybe, create a discussion, a dialogue? 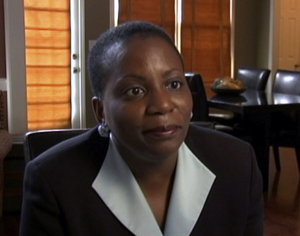 SMITH: We wanted to do two things. One is to communicate some of these ideas about the impact of how we organize and shape our society, and how that has a tremendous impact on the health of the people who live in the United States. And then number two, as you said, we wanted to use these stories, and present this data to the public in a way that really gets not just ordinary people – ordinary viewers – to rethink this, but also people who are legislators, people who are connected to policymaking – to rethink what health is, and how do we create optimal environments and optimal opportunities for people to have better health. And do we really want to accept, again, a structure where the best health is reserved for the people with the most wealth?

GELLERMAN: Well, Llew, I want to thank you very much for coming in.

GELLERMAN: Llewellyn Smith is co-executive producer, along with Larry Adelman, of the new PBS series, ‘Unnatural Causes: Is Inequality Making Us Sick?’ It debuts March 27th. Check your local listings for time and channel.