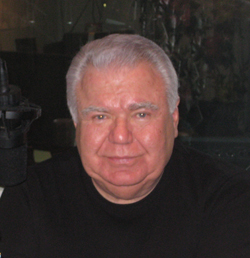 Jaime Lerner is the three-time mayor of Curitiba.

Curitiba, Brazil’s model sustainable city, was largely the brainchild of Jaime Lerner. As three-time mayor of the city, he created a rapid transit bus system, increased the amount of green space, and encouraged children and adults alike to recycle. Jaime Lerner joins host Steve Curwood in the LOE studios and says all cities have the potential for environmental success.

CURWOOD: It’s Living on Earth, I’m Steve Curwood. Curitiba, the Brazilian city we just heard about in Cecilia Vaisman’s documentary, would not be the environmental success it is without the leadership of Jaime Lerner.

Jaime Lerner is an architect and urban planner. He was also the mayor of Curitiba for three terms, and served twice as Governor of the Brazilian state of Paraná. His leadership was largely responsible for the transformation of the city. Today Jaime Lerner is a professor of urban and regional planning at the federal university of Paraná, and is this year’s keynote speaker at the Ecocity World summit in San Francisco. He joined us in our studios and together we listened to our 1994 story. 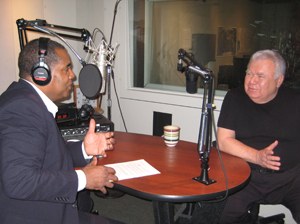 LERNER: First of all, I’m very happy to listen this interview, because on the essence, nothing changed.

CURWOOD: The city’s much bigger now, though – what, it went from, what, 1971, a million people, million and a half people – now it’s tripled in size?

LERNER: The population tripled since 1971, but many issues, they are improving more and more. For instance, the average of green areas is 52 square meters of green area per inhabitant. The system of transport is getting better. We started, I remember, 25 thousand passengers a day. Now we have two million four hundred thousand passengers. And the system works well.

CURWOOD: You said you had 52 square meters of green space per resident?

CURWOOD: And what was that back when you started in Curitiba.

LERNER: In ’71, a half square meter per inhabitant.

CURWOOD: Where did you get all this green space?

LERNER: Well, we started wanting to build squares – you know, that kind of planning – every kilometer – uh 500 meters, we should have a grid of parks. And all of a sudden we realized that it will take years and years, a lot of resources, and, until the trees will grow up – and all of a sudden we understood that it’s more important saving the existing woods. 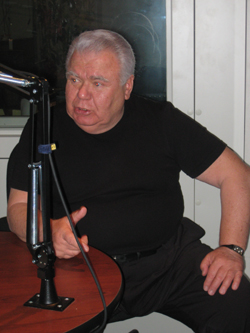 Jaime Lerner says the secret to success in recycling is to "start with the children." (Photo: Eileen Bolinsky)

So, let’s say if, uh, family Cardozo had a place with small woods – they took care for 20, 30 years, but it was very difficult for them to taking care, to, maintenance. So, we made an agreement. We told them, we’re gonna buy 75 percent of your land, and you keep 25. And we’re going to transform this place in a public park; we’ll pay homage to the family that took care of this place. On having a public park close to the remaining area, you’ll have a plus value – but the condition is, we have to buy for that’s expensive price – and we make 98% of agreements. So it changed the whole landscape.

CURWOOD: Now, as I understand, the city of Curitiba has the highest rate of separating garbage of virtually any city in the world – what, some 70% of residents at this point separate their trash for recycling? How did the city achieve such a success rate?

LERNER: I think that the reason was we started with the children. We teach them – all the children, in all the schools – how to separate during six months. After, the children, they teach their parents. And at that moment, it was easy to make a campaign, that they knew how to do it. So I think, more and more, the children, they’re going to play a very important role in the future. That’s why I’m obsessed about the idea of trying to teach sustainability to the children.

CURWOOD: There’s a quote of yours, which I find quite interesting. It says, ‘Creativity starts when you cut a zero from a budget. What do you mean by that?’

LERNER: Having too much money, you don’t have creativity. So, it’s very easy when you have too much money – it’s very easy also to take the wrong decision – everything is possible! So I’m looking, many cities in the world, how much they are wasting. With ideas that, it doesn’t work any longer. Many cities, they are trying to build very costly systems of public transport. But it will take 30, 40 years to build one line. And a very good bus system on surface can cost 100 times less expensive per kilometer, and you can do it in two years to three years. 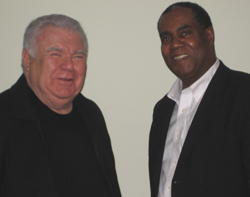 CURWOOD: Now you’re not talking about the famed 2nd Avenue line in, in Manhattan in New York that was supposed to start back in the 1960’s, and has just begun digging now.

CURWOOD: And that line will cost, what, several billion dollars.

CURWOOD: And if Jaime Lerner were in charge, you would do…?

LERNER: I could save some money for the city.

LERNER: The city of New York, they could transport two million passengers per day, and very, very with comfort, on surface.

CURWOOD: And your method is high speed bus lanes? People pay for the bus before they get on the bus .

CURWOOD: And they come – how often do the buses come?

LERNER: You have to propose a good frequency. It has to be a reliable system. So the question is, don’t wait more than one minute, you’ll have a wonderful system.

CURWOOD: Not wait more than a minute for a bus?

LERNER: Yes, you can do it.

CURWOOD: So, in all these years, what was the one thing that really amazed you, that just vastly exceeded your dreams?

LERNER: I remember, planting trees. We started a campaign in ’72. At that time we didn’t have the technology to having big trees. So we have small tree, we had to plant very small trees – so that means that you have to take care. We made the campaign, so we’re giving you the shade, you have to provide the water for the trees. I thought we were going to lose the half of the trees. We lost only five percent.

So what amazes me is how often the population – how people they react when they feel respected – when they understand something which is desirable. You have to trust in people, because they can do much better than you imagine. Always.

CURWOOD: Jaime Lerner is the three-time mayor of the Brazilian sustainable city Curitiba, and twice governor of the state of Paraná, Brazil. Thank you so much for coming by.


To hear an extended version of Living on Earth’s interview with Jaime Lerner, click here