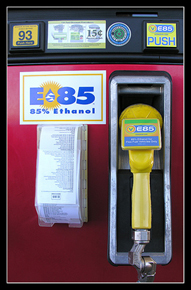 Analysts say demand for biofuels is responsible for up to 30 percent of the recent rise in global food prices. (Photo: 3dphoto.net)

Some agriculture experts say demand for ethanol is to blame for the global crisis in food prices. They want Congress to back away from aggressive targets. But Living on Earth's Jeff Young finds little appetite for that on Capitol Hill.

GELLERMAN: From the Jennifer and Ted Stanley Studios in Somerville, Massachusetts - this is Living on Earth. I’m Bruce Gellerman, in for Steve Curwood. A United Nations food expert calls it a ‘silent tsunami.’ It’s a wave of rising food prices that’s triggered riots around the world, leaving hundreds of millions of poor people hungry. Devastating droughts and the escalating cost of fuel and fertilizers are certainly factors, but many experts say biofuels made from food crops are also to blame. Living on Earth’s Jeff Young reports critics want Congress to reconsider aggressive targets to boost ethanol production

[CROWD OF PEOPLE TALKING IN CAFE]

YOUNG: McCarthur genius grant-winner Lester Brown is a prolific writer on agriculture and the environment. He was at this Washington café to sign copies of what might be his fiftieth book – he’s lost count. That same day the Washington Post ran Brown’s opinion piece challenging Congress to rethink what he calls a tragically flawed policy on ethanol. 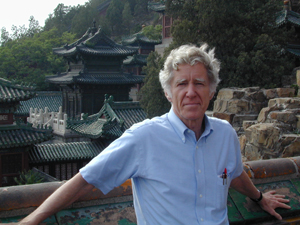 BROWN: It’s reached the point where it’s driving up world food prices, creating instability all over the world. And the idea that we’re doing this just to get a very modest share of our automotive fuel – it’s not a solution!

YOUNG: The U.S. makes four times as much ethanol as it did just six years ago, and that has swallowed nearly all the new production of corn. Brown blames that for a good share of the spike in global food prices.

There’s a lot of argument about that, but several economic analysts back Brown up, saying anywhere from ten to 30 percent of the recent rise in global food prices is due to demand for biofuels. Brown sees much bigger problems ahead if that trend continues.

BROWN: One of the things that people expect of their governments is a certain measure of food security. There are scores of governments that can no longer provide that. And they’re gonna become desperate, and they’re gonna take to the streets. They’re gonna riot, the governments are gonna be overthrown. All these things will begin to express themselves and could create security problems unlike any we’ve ever seen before in the world. This is a serious matter and I don’t think official Washington has yet realized how serious the situation is.

Analysts say demand for biofuels is responsible for up to 30 percent of the recent rise in global food prices. (Photo: 3dphoto.net)

YOUNG: Brown’s not alone. Hunger experts at a recent United Nations gathering also called on the European Union to reconsider biofuels and Britain’s Prime Minister pledged to look into it. But on Capitol Hill few lawmakers seemed interested in the issue.

BINGAMAN: Well I think most of the food crisis around the world is not in any way related to ethanol.

HARKIN: Not right now, no I don’t. But just keep in mind: corn ethanol is sort of a – it’s sort of the basis of ethanol, but it’s gonna be a transition.

HARKIN: To cellulosic ethanol. We’ll be making cellulosic ethanol out of wood, wood waste, prairie grass, all kinds of different things that a lot of times will grow where you’re not growing food crops anyway.

YOUNG: The ethanol mandate pushes industry to find ways to use sources other than corn. Those so-called cellulosic ethanols are in their infancy now, but the law envisions they will provide more than half the ethanol by 2020. House Democratic Speaker Nancy Pelosi says that should keep biofuel from competing with food. 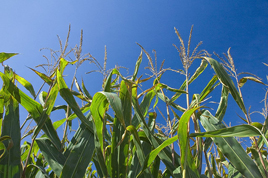 Demand for corn as biofuel led to a spike in the price of tortillas in Mexico last year. (Photo: Alan Chao, acdesigns.biz.)

PELOSI: We’ve always talked about ethanol coming from cellulosics and other sources other than those sources that would be used for food or for feed. So no, I don’t think we would rethink ethanol but I think that the sources of that ethanol are something that have always been considered.

YOUNG: Members of Congress are fond of saying they’d rather fuel our cars with corn from the Midwest than oil from the Middle East. It doesn’t look like the food crisis is going to change that.

For Living on Earth, I’m Jeff Young in Washington.