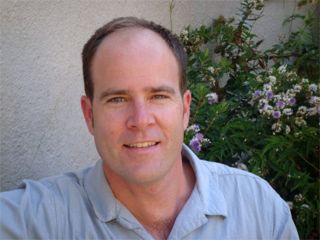 Michael Brune is best known for using civil disobedience and aggressive negotiation tactics as head of the environmental group Rainforest Action Network. Brune talks with host Jeff Young about following in the footsteps of John Muir as he becomes executive director of the Sierra Club, the oldest grassroots environmental organization in the country.

BRUNE: Home Depot was the largest wood retailer in the world and largest consumer of wood products in the United States. So, we began a large grassroots campaign designed to engage their customers and their employees and their investors to convince the company to change. Over the course of the campaign I began to get some calls from Home Depot employees who would say something along the lines of, ‘Look, you have to understand that working for Home Depot, it’s a great job,’ and they would say, ‘We don’t want to work for a company that is destroying rainforests.’

So, I got a call one day from an employee who said that he had been sitting around with a bunch of co-workers trying to figure out how to help us on our campaign. And he said, ‘Well why don’t you take your protests from outside the store and bring them inside? They’ll have more of an impact.’ I couldn’t believe I was getting free pro bono consulting advice from the target of our campaign.

But he gave us all of the intercom codes for Home Depot stores around the country, so we would go into a store and go to the intercom and leave a message along the lines of, ‘Attention Home Depot shoppers: We’d like to bring your attention to a sale we’re having on aisle 12 where there are mahogany doors that are being ripped from the heart of the Amazon rainforests.

In aisle 14 you’ll find western red cedar that’s coming from the Great Bear Rainforest, one of the most unique temperate rainforests on the planet.’ So we would do this around Home Depot stores all across the U.S. and across Canada, and eventually this plus a lot of other activities convinced Home Depot to do the right thing.

YOUNG: Brune applied similar tactics to pressure major companies like Goldman Sachs, Bank of America, and the Royal Bank of Canada over their investments in coal mining and tar sands oil. And Rainforest Action was a major player in a march last year on a power plant that burned coal to heat the U.S. capitol.

BRUNE: I’ve been arrested probably about ten times protesting over-fishing in the northern Pacific, and Newt Gingrich’s contract with America to protect redwood forests in northern California, and to end mountaintop removal.

YOUNG: It seems to me that Rainforest Action has had a pretty in-your-face kind of approach: putting bodies in the street, and infiltrating stores, and willing to get arrested – is that what we’re going to see more of at Sierra Club with you at the helm?

YOUNG: What’s top of the agenda? What’s the number one on the to-do list now for the Sierra Club?

BRUNE: Number one is passing really strong federal energy and climate legislation. Clearly, there still is a strong majority in Congress of representatives and senators who are looking to pass good climate and energy legislation, and at the same time there’s a growing bipartisan coalition of representatives and senators who want to pass good jobs legislation. So, we like our chances and we’re going into this with eyes wide open because we know it’ll be a tough fight.

YOUNG: However, Rainforest Action was not exactly in sync with Sierra Club when it came to climate legislation. Sierra endorsed bills in Congress that rely on cap and trade mechanisms to limit greenhouse gases. Rainforest Action did not.

BRUNE: We were not in favor of cap and trade as the best mechanism to put a price on carbon and to have significant reductions in greenhouse gas emissions in the future. 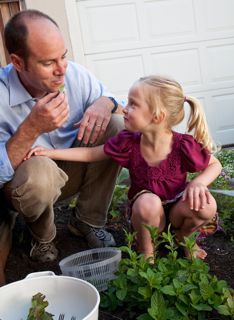 YOUNG: My recollection is Sierra worked pretty hard for cap and trade proposals; are you telling me that Sierra’s going to reevaluate its position on cap and trade?

BRUNE: As you know quite well, Jeff, the politics on climate change and energy is changing pretty quickly in Washington, D.C. Everyone will be taking a fresh look at what’s the best way to promote clean jobs, good jobs to reduce pollution and to increase energy security. So certainly the Sierra Club will be looking at any approach that will do the job.

YOUNG: It’s such a storied organization, the Sierra Club, and you’re now directly in the path of people like John Muir. I’m wondering do you have a favorite Muir quote or something you think of about him that becomes a sort of guiding principle for you?

BRUNE: I tell you, there’s a lot of pressure in the job. I can’t tell you how many people have brought that up in the past week. The Sierra Club, it’s such an important part of America really, if you look at the places that the Sierra Club has protected and the parks that it’s helped to create it really is so closely interwoven into the fabric of what our country has become.

I don’t have a single favorite quote of John Muir, but I can say that in a couple hours from now after the interview’s over we’re heading off into his backyard going deep into the Sierra – we’re going to be teaching our little girl how to ski. So I’m very grateful for the opportunity to be leading such an organization that has really a fantastic, and inspiring and colorful history. I think a lot about the work that John Muir and David Brower, and more recently, Carl Pope has done, and I hope that I’m up to the challenge.

YOUNG: Michael Brune the new Executive Director of the Sierra Club, thank you very much.

BRUNE: Thanks, Jeff; I really appreciate being on the show.

YOUNG: Coming up: turning old power plants – into something really cool – that’s just ahead on Living on Earth.