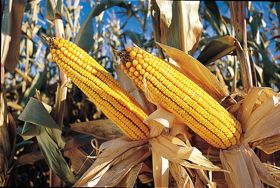 The Department of Justice is investigating whether the world’s largest seed producer, Monsanto, has stifled competition in order to keep prices high. Host Jeff Young talks with economist, lawyer, and farmer Neil Harl about whether the biotech giant could be violating anti-trust laws.

YOUNG: Some problems are cropping up for the country’s biggest seed company, Monsanto. Seeds designed for use with Monsanto’s weed killer, Roundup, dominate the soybean and corn markets. And the U.S. Department of Justice is taking a closer look at possible antitrust violations. Hundreds of farmers packed an auditorium in Iowa this month for a Justice Department workshop on competition in farming. The Department’s antitrust division leader, Christine Varney, told them DOJ is prepared to enforce the law.

VARNEY: With big comes an awful lot of responsibility. When you have a tremendous amount of market share you have the responsibility to behave in ways that keep the competitive playing field open.

YOUNG: One of the expert panelists at that event was Neil Harl, a professor emeritus in economics and agriculture at Iowa State University. Professor Harl says the Justice Department is showing remarkable interest in antitrust enforcement – an area where Justice has long been dormant.

HARL: This is a very unusual happening. Their words are chosen very carefully, they were indicating they wanted to remain friendly to business. On the other hand, there were statements made that they were aware of the concerns about diminished competition, and that tends to have an influence on the boardroom. The boards of directors listen and they are acutely aware of the fact that their company is in the cross hairs.

YOUNG: Well, give me a couple of examples, what is it that Monsanto’s been doing that caught DOJ’s attention?

HARL: Well, it really centers around a product called Roundup Ready. It was first of all a chemical that controls weeds, and then they developed a trait for corn and soybeans, whereby that plant would not die if it was exposed to Roundup Ready. So it was a fairly easy way to control weeds in those crops. And that’s why farmers liked it, and the demand for that product, Roundup Ready, became so great that competitors were willing to enter into licensing agreements with Monsanto. 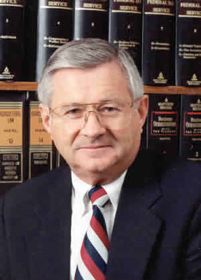 YOUNG: So give me sense of just how big Monsanto’s presence is in the seed market.

HARL: It varies by corn and soybeans – in both cases it’s around the 35 percent mark. However, when you couple that market share with the influence they have with licensing of products to licensees, then it’s commonly believed that about 90 percent of the germ plasm for the major crops is influenced, or is capable of being influenced, by Monsanto.

YOUNG: 90 percent sounds like there’s not a whole lot of competition out there. How does this affect farmers?

HARL: Well, the way it’s been handled in recent years Monsanto adds traits and each trait becomes a cost item to the licensee, who then sells it on to the farmer. And so, as they have added traits, they have caused an increase in the price of seed, and so eventually these phenomena tend to get translated into a higher food cost. And that’s the area that traditionally has received the most attention in the anti-trust arena, is will it affect the price to consumers? 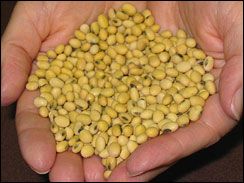 YOUNG: Now, I’m wondering, what is your view is of this from a personal perspective because this is not just your field of study, you lived the farm life. When you were growing up, did you ever imagine that this is what farming would look like in the future?

HARL: [Laughs] No! [Laughs] I didn’t! I could tell you, I was three-years old in February of 1937 and my dad announced to me around the first of the month that I had a job for the month of February and that was to butt and tip ears of corn that he had selected from the 1936 drought-stunted crop as his seed for 1937. So I sat there and shelled the irregular kernels off of both ends of these ears, he ran those through the corn sheller – hand corn sheller – and that was his seed supply. And that was the last of what I call the open pollinated era. Now, that’s quite a difference from what happened beginning in 1980 because that was the year that the U.S. Supreme Court decided a key case that allowed the patenting of life forms. And in 2001 that was specifically extended to see – farmed seeds. And so the companies knew they had a monopoly control over that development that they’d put together in the laboratory for the patent period. And one of these was Roundup Ready, and the Roundup chemical used for control of weeds in corn and soybeans.

YOUNG: And what’s your take – should there be anti-trust action here?

HARL: I think there should be. I think that it justifies an anti-trust inquiry. I believe that markets are terribly important; in fact, the three most important features of our economic system are competition, competition, and competition. And that’s where anti-trust comes in because it’s designed to try to encourage competition and to discourage those forces that tend to reduce competitive behavior.

HARL: Indeed, it was a great pleasure.

YOUNG: Monsanto declined to comment. The Department of Justice workshops on big agribusiness continue through the summer. And there’s much more at our website l-o-e dot org.

[MUSIC: The Crusaders “Lilies Of The Nile” from Southern Comfort (Blue Thumb/Verve Records 1974)]

YOUNG: Just ahead: lessons learned from a powerful chemical – the legacy of D-E-S. Keep listening to Living on Earth!


To read Monsanto’s response to concerns its practices are anti-competitive, click here.