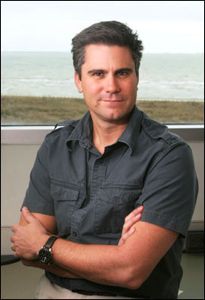 Much attention has been paid to the detrimental effects that the Gulf oil spill will have on the fishing industry. But David Yoskowitz says other monetary impacts are not as easy to calculate. Professor Yoskowitz is a researcher of Gulf of Mexico Studies at Texas A&M University Corpus Christi. He tells host Jeff Young about the financial damages expected from the loss of ecosystems such as marshes and wetlands.

YOUNG: The spill has already shut down some fishing areas and all along the Gulf coast people who make their living from the sea are anxiously waiting. In Alabama, conservation scientist Jeff DeQuattro is watching oyster reefs.

DEQUATTRO: I am extremely worried about this because oysters are under the surface of the water most of their lives. Tarballs—if they get into an oyster reef they will suffocate those oysters.

YOUNG: Seafood is a multi-billion dollar business in the Gulf. But it’s just one of the valuable services the coast’s marshes and estuaries provide. Professor David Yoskowitz is working at the Harte Research Institute for Gulf of Mexico Studies in Corpus Christi Texas to put a dollar figure on what are called ecosystem services. He looked at some 500,000 acres of marsh that might be affected by the spill.

YOSKOWITZ: We estimate that the impact on ecosystem services would be in the range of one point two billion dollars per year. And in terms of this oil spill, if the biological impact on those marshes is significant, this could be something that doesn’t take place in just one year, but in several years.

YOUNG: Now, when you say ‘services’, what are we talking about here?

YOSKOWITZ: Well, ecosystem services are those direct and indirect contributions that the environment makes to us humans and impacts our human wellbeing. And we focus just solely on wetlands and the services of waste treatment and storm protection.

YOUNG: So, this is not looking at fishing, which is the immediate economic benefit we think of when we think of these areas, this is just looking at this kind of hidden things that the wetlands do for us and we take for granted?

YOUNG: How does this ecosystem service work? How do the marshes do that for us?

YOSKOWITZ: Well, marshes are really, really efficient in taking out nitrogen and phosphorous, as well as other nutrients and essentially cleaning them or embedding them. In fact, a lot of wastewater treatment plants around the country and the world use constructed wetlands as a final processing point for their waste.

YOUNG: And what about as a storm barrier—how do they do that?

YOSKOWITZ: Well, if you can think about the miles and miles of wetlands that are in front of the city of New Orleans. If you get a significant storm surge for every mile of wetlands it’s estimated that the storm surge would be reduced by about a foot. So, if you take that away, then you would have to engineer something that would be comparable and that would be significantly expensive.

YOUNG: And Katrina taught us a painful lesson on that.

YOUNG: How do you see figures like this being put to use—what would a policymaker use this for?

YOSKOWITZ: Well, that’s a good question, I think you know, if you’re looking at it a local and a regional level, lets say you have some developer that wants to come in and put in a marina, which could potentially displace marsh and sea grass, as well as dig channels into barrier islands—if we’re going to do a cost-benefit analysis, you know, the decisions are incomplete if they don’t include all costs and all benefits provided by that environment. And so to make more complete decisions we have to begin to incorporate
these certain services that the environment is providing us.

YOUNG: The spill coming just a few months before we will mark the fifth anniversary of Katrina, it really gives you a reason to stop and think about how all this comes together, doesn’t it?

YOSKOWITZ: It sure does. You know, it’s a one-two punch that’s unfortunately happened to the Gulf coast. And the first punch was Katrina, and this second punch with the oil spill. It’s imperative that we begin to take some action and start to really talk about what we receive in terms of the benefits from our natural environment.

YOUNG: David Yoskowitz at the Harte Research Institute for Gulf of Mexico Studies. Thank you very much.

YOUNG: Well, the Gulf spill is also inspiring innovative use of social media on the Internet to focus citizen response. The Louisiana Bucket Brigade has a map that shows instant reports of oil. Bucket Brigade director Anne Rolfes says it’s a form of crowd sourcing.

YOUNG: The map shows beaches with tarballs and places where the smell of oil is strong. The Cornell Ornithology Lab’s E-bird program maps citizen sightings of Gulf coast birds—to help wildlife response teams on the ground. There’s more about this at our website l-o-e dot org and speaking of social media, we have a new Facebook page—look up PRI’s Living on Earth on Facebook.