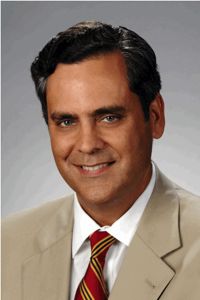 In a letter to Attorney General Eric Holder, and Senator Barbara Boxer along with seven other senators, have asked for an investigation into BP’s ability to respond to oil spills. They’re questioning whether corporate officials may have known about previous damage to the blowout preventer. Host Steve Curwood talks with Jonathan Turley from the George Washington University Law School about the potential for criminal investigations.

CURWOOD: We turn now to the massive BP Oil Well blowout in the Gulf of Mexico and the question of criminal behavior. At least eight U.S. senators—all Democrats from the Senate Environment and Public works committee are calling for a criminal investigation of the disaster. Jonathan Turley teaches at George Washington University Law School and he says it’s a matter of when—not if—the companies and employees involved will face grand jury probes.

TURLEY: When you have an environmental accident of this size there’s a presumption that criminal investigations will follow. There’s a number of reasons for that: one is the relatively low amount of civil penalties that come with these environmental disasters. Congress, which is so vociferous these days about combating big oil, has spent the last couple of decades doing the bidding of many of these same companies.

The best example of that is the oil pollution act of 1990—that act has perfectly ludicrous penalties cap of 75 million dollars. That’s nothing, I mean, that’s actually less than what these companies would spend on litigation in something like the Exxon spill. So what often happens is that absent criminal prosecution, there’s little hope to get serious penalties against a company like BP or these contractors.

CURWOOD: So the three companies involved here—BP, Transocean, and Halliburton—what’s their criminal record from the past?

TURLEY: Well, BP particularly has had recent problems in terms of environmental accidents and criminal liability. The most obvious was in 2005 in a Texas explosion that was fatal and ultimately cost that company and its subsidiaries around 372 million dollars in penalties.

CURWOOD: What’s the basis of the law to go after these firms on a criminal basis?

TURLEY: The most obvious charge would be criminal negligence, and they will look specifically at the blow out preventor allegation. Whether in fact that device had been damaged previously to the knowledge of corporate officials. The second most likely criminal charge would be false statements, either in government reports or in statements with investigators after the explosion.

TURLEY: Well, we still need to know a lot more but there has been an allegation that the blow out preventor was damaged before this latest explosion. If that’s the case the criminal investigators are going to be looking for knowledge by BP or Transocean or one of the other companies involved.

That’s a critical system needed for the safe operation of the rig. If company officials instructed workers to continue to operate without that system functioning properly, it most certainly can be a criminal violation.

CURWOOD: At this point, who’s in trouble, and how far up the ranks of BP could this go?

TURLEY: Well, what we have to see is the paper trail, particularly connected to the blow out preventor. Who was aware if this device had been previously damaged? Who ordered the continuation of production and operation? Those are the questions federal prosecutors will look at. It is not uncommon to see those types of inquiries go very high in a company. If, for example, the blowout preventor was known to be damaged and an order was given to continue to operate regardless of the dangers, the federal investigators will look at who gave those instructions, but also what policies led to those instructions.

Now what happens then is that the prosecutors will start with the low lying fruit, i.e., if they have someone who’s at risk of a criminal penalty they will hammer them and they will get their own lawyer and that lawyer is likely to ask their client weather they have anyone else to give up. That’s what happens in these cases; if you’ve got somebody who looks dead to rights on a criminal charge their lawyers will tend to look for a deal. That deal usually involves handing over someone higher up in the company.

CURWOOD: What’s the likelihood that people will go to jail over this case?

TURLEY: Well, there’s an expectation of the public that a disaster of this size will result in serious punishment, including jail time. You have various potential defendants here as companies, and each of those companies has literally hundreds of people who were involved on some level with this case.

CURWOOD: What has a bigger impact on companies, civil or criminal cases?

TURLEY: The important thing about criminal penalties is not just that corporate officials can go to jail but that the civil cap on penalties under the oil pollution act of 1990 are no longer relevant. In criminal law you can often get a multiplier, you can actually get more than the actual damage found by the court as part of the penalty. So for BP or these other companies, criminal prosecution could have a devastating impact not just simply in terms of the actual penalties but the impact it will have on their stock.

As for their officials, they are personally accountable under criminal law if there’s evidence they knew of these problems or that they intentionally lied to investigators. If you’re an attorney for one of these companies, these are going to be one of those long nights because you can’t really control what people are saying without being accused of obstruction. So you have a lot of people talking to a lot of investigators and any of those communications can technically become a basis for criminal prosecution if they are evasive or false.

CURWOOD: Jonathan Turley is a professor of law at George Washington University Law School. Thank you so much.

TURLEY: Thank you, it was a great pleasure.

CURWOOD: Just ahead—the view from the Gulf coast, and why a city garden needs chickens. Keep listening to Living on Earth!