The White House Battle for a Climate Message

Many environmentalists were surprised when President Obama's primetime speech failed to include a definitive message on climate change. Host Jeff Young talks with Eric Pooley, author of the new book The Climate War, about how differing opinions in the White House cabinet may be behind this lack of leadership on climate change.

YOUNG: From the Jennifer and Ted Stanley studios in Somerville MA,
this is Living on Earth. I’m Jeff Young. For weeks now, President Obama has talked about the oil disaster in the Gulf as a glaring example of why we need cleaner energy. But there are growing doubts about whether that talk will be followed by action. In his first speech from the Oval office the Pres described an ambitious move away from fossil fuel.

OBAMA: The tragedy unfolding on our coast is the most painful and powerful reminder yet that the time to embrace a clean energy future is now. Now is the moment for this generation to embark on a national mission to unleash America’s innovation and seize control of our own destiny.

YOUNG: However, the president’s speech got a tepid response, and on Capitol Hill, Democrats are openly sparring over energy legislation the senate will consider this summer. Veteran political reporter Eric Pooley’s new book gives a fascinating glimpse into the sharp divisions within the White House. It’s called “The Climate War: True Believers, Power Brokers and the Fight to Save the Earth.” Eric Pooley, welcome to Living on Earth.

POOLEY: Jeff, thanks for having me.

YOUNG: Well, first off the president talked a lot about the need to get away from fossil fuels, which I think is kind of a remarkable thing for a president to do from the Oval Office. However, in that speech, the words “climate change,” “greenhouse gasses,” “global warming,” never passed the president’s lips. What does that tell us?

POOLEY: Well I agree and I think you would need a decoder ring to know exactly what President Obama wanted the Congress to do on clean energy and that’s a shame. I mean it was a bit of a surprise because for 18 months now the fondest hope of the environmental community has been for the president to deliver an oval office address in prime time in which he made the case for accelerating the transition to clean energy, and when the moment comes, Obama does not wholly deliver.

YOUNG: Why do you think the president did not seize that opportunity to talk about what he earlier said was a high-profile item for him, addressing climate change? 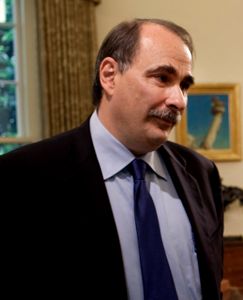 POOLEY: There’s a battle in the White House for the message here. There are the so-called “Green Cabinet” lead by Carol Browner, the climate and energy advisor, Steven Chu, the energy secretary. They understand the need to transition to clean energy and they’re trying to get Obama to push it as hard as possible.

Then there are political people led by Rahm Emanuel, the chief of staff, and David Axelrod, the chief strategist, who think this is bad politics, that anything that smacks of a tax is dead on arrival because we’re so close to an election. They don’t think the president should waste political capital on a damaging fight that he’s probably not going to win anyway.

The tragedy here is that it’s a self-fulfilling prophecy when the White House chief of staff, the leading political strategist in the White House decide that it can’t be done, then indeed it probably can’t be done because the votes are not there now in the United States Senate, but they won’t be there unless we get serious presidential leadership on this issue. 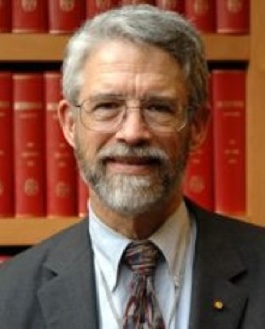 YOUNG: And I guess the major question now is whether there’s going to be a push to have Congress include some meaningful cap on carbon emissions, or, whether they’re just going to go ahead with what’s called an “energy-only bill,” and address other energy issues, but not the cap on carbon. Last week, we had an interview with the president’s science advisor John Holdren and here’s what he told us about that:

HOLDREN: The president thinks it’s important and his advisors, including me, think it’s important, first of all, to keep energy and climate change together in the legislation. He said again, very plainly, that any legislation that does not succeed in putting a price on emissions of greenhouse gasses is inadequate.

YOUNG: Eric Pooley, to what degree is science advisor John Holdren speaking for the president here?

POOLEY: Well the president had an opportunity to speak for the president in the Oval Office and he did not mention putting a price on carbon. I dearly hope John Holdren is right, and we’ll see if that’s what the president is willing to fight for. 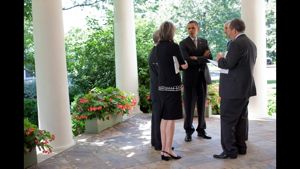 Here’s the funny thing: after the horrible oil spill in the Gulf of Mexico began to engulf the Obama administration, the president was forced to begin talking about clean energy as a way of really changing the subject from oil spill to climate and energy bill and in a speech in Pittsburgh he came with his most forceful language, perhaps ever, certainly in many, many months on the need to limit the amount of carbon pollution and put a price on carbon pollution. The disappointment in the Oval Office speech was that that language was missing.

YOUNG: You know, the president has been pointing to the Gulf spill as a reason to advance clean energy legislation. But you’ve written, “it is a cruel irony that the epic disaster in the Gulf, a wake-up call to the need to reduce our dependence on oil, makes it harder to pass a bill that would help us to do so.”

POOLEY: Well that’s right, and it is a cruel irony. Let me explain why it’s harder. What Obama wants to push, and what the bill in the senate also tries to do, is to create a grand bargain, which, in exchange for a cap on carbon emissions, gives senators things that they want, from expanded nuclear power to expanded off-shore drilling. Of course, the oil spill puts that off the table. So there are a number of oil state senators who are unlikely to embrace a serious energy bill because it now will not contain expanded off-shore drilling because that seems certainly off the table, at least for the near term.

Eric Pooley is author of “The Climate War.” (www.ericpooley.com)

YOUNG: You’ve covered the White House under different presidents for long enough to have a pretty good feel for the issues and the moments that will define a presidency. Does this moment that we’re going through right now have that feel?

POOLEY: Well I think that politics is all about timing, and that the time for Obama to act really was 2009, that the window was beginning to slam shut and now it’s really more about whether Obama can pry the window open again. I hope very much he can. By all accounts the president gets this and understands why this is important. He’s the best communicator we’ve got and he makes the case extremely well when he chooses to. He’s been making the argument based solely on the need to transition off of fossil fuels, and the fact that we’re losing the clean energy race to China and leaving out the most important issue of all, which is potentially catastrophic climate change.

And, the tragedy here Jeff is that we know what to do. We have the policy tools at our disposal. But we haven’t had the political will to do it. But again it’s not too late. The discussions are on-going; the president needs only to lead.

YOUNG: The book is called, “The Climate War: True believers, Power Brokers and the Fight to Save the Earth.” Eric Pooley, thanks so much.

POOLEY: Hey thanks for having me today I enjoyed it.

YOUNG: There’s a longer version of this interview at our website: loe.org.


Click here to listen to an extended interview with Eric Pooley