Across the U.S. many state governments are taking up the debate about raw or unpasteurized milk. Living on Earth’s Jessica Ilyse Smith reports that while some people claim that raw milk can carry harmful bacteria, making it a threat to public safety, others say just the opposite - that unpasteurized milk can have positive health benefits and a better taste to boot.

YOUNG: It’s Living on Earth, I’m Jeff Young. Some milk fans say they’re getting a raw deal. Raw, or unpasteurized, milk is the subject of intense debate in state legislatures across the country. Public health officials say it’s a threat. But raw milk proponents say the health and taste benefits outweigh the risks. Living on Earth’s Jessica Ilyse Smith has our story.

SMITH: On a sunny Monday morning on the Boston Commons, Suzanne the cow munches on grass and clover.

SMITH: In the heart of the city this is an uncommon scene. But Suzanne’s brown coat, blue collar and large cowbell draw attention during the 9 am rush. Kids run up to pet her. And the cow’s owner, Edgar Plees offers passersby a drink.

PLEES: Our cows have a high percentage of butterfat, which makes it a richer, creamier milk. Everyone who tastes it says, ‘wow, that tastes really different.’

SMITH: One of those tasters is Dennis Walsh who spots the cow and comes over to grab a Dixie cup filled with raw milk.

WALSH: It tastes creamy; it tastes like milk, really—you know what I remember it used to taste like. I would drink more milk if I had that.

SMITH: The farmer and his cow are here with protesters who have come to speak their mind on raw milk. Abby Rockefeller says the group is opposing the cease and desist letters served by the state of Massachusetts to truckers delivering raw milk to consumers.

SMITH: The Massachusetts Department of Agricultural Resources is now deciding how to proceed with raw milk regulations. Rockefeller and other activists want to be able to buy raw milk that they say provides health benefits like a boosted immunity and lower rates of asthma. But many organizations, including the Centers for Disease Control, and the Food and Drug Administration, agree with most of the dairy industry that pasteurized milk is much safer.

MAPLES: Pasteurization allows you to have all of the benefits of raw milk, but without the risk.

SMITH: Isabel Maples is a spokesperson for the National Dairy Council. She says that when milk is heated to 161 degrees Fahrenheit for 15 seconds during pasteurization it kills harmful bacteria such as Salmonella, E. Coli, Listeria, and Campylobacter.

MAPLES: Because milk is so rich in nutrients and because it’s a liquid, the bacteria will spread easy from area to the next. And, because milk has a pretty neutral ph, bacteria can live and grow and thrive in milk. When the food is pasteurized it kills of most bacteria, but also increases shelf life of milk, too. 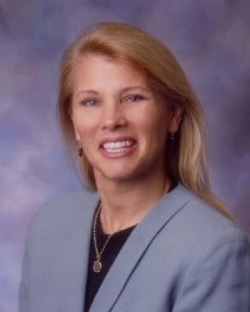 ROCKEFELLER: Bacteria are not our problem; bad farming practices are our problem. So you need to have farms that are run well, so you should have inspections and certification, not pasteurization.

SMITH: Abby Rockefeller says factory farms are a source of E. Coli 0157 one of the bacterial strains that worry many people. These large farms may have as many of 5,000 cows, and overcrowding and the overuse of antibiotics are common. It takes just one cow to contaminate milk, so pasteurization is important for large dairies. But raw milk drinkers say their milk comes from small-scale farms where milk goes directly from cow to bottle. Still, many people fear drinking unpasteurized milk. David Gumpert is the author of, “The Raw Milk Revolution: Behind America’s Emerging Battle over Food Rights.” He says the fear is overblown.

GUMPERT: Dairy in general rates very low in the food borne illness scheme of things- something like leafy greens are considered more dangerous by the public health community.

SMITH: Gumpert believes large dairy farmers feel threatened by the raw milk dairies. Raw milk farmers can earn between 5 to 10 dollars per gallon. That’s compared to $1-1.50 per gallon farmers get for pasteurized milk, which doesn’t cover their costs. This price differential means a lot to dairy farmers who are struggling to stay in business.

GUMPERT: Over the course of 1970 to 2005 we saw 88% of the dairy farms in the U.S. disappear, and the reason they disappeared is they could not get a good price for their milk selling it for pasteurization. I’m not suggesting that all dairies should be selling unpasteurized milk, but as an economic option for farmers, raw milk does offer an economic opportunity.

SMITH: Even though raw milk accounts for about three percent of the $140 billion dairy industry, Gumpert says that adds up, and demand is growing.

GUMPERT: If you add a percentage to that each percent is worth somewhere on the order of 1.4 billion dollars. Well now you’re starting to talk about some significant money. 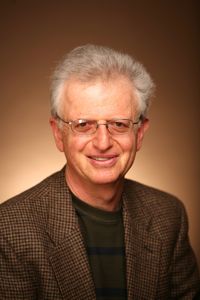 SMITH: Unpasteurized milk is legal in 29 states, though most don’t allow retail sales in stores. Transporting the fluid across state lines is illegal. Last year Vermont passed a bill allowing the sale of raw milk, and created separate rules for raw and pasteurized milk production and sales. And in Wisconsin, America’s ‘dairyland state’, the Governor vetoed a pro-raw milk bill citing public safety concerns. He said a bacterial outbreak could taint milk’s image and cripple the state’s mammoth dairy industry. But raw milk activists say they favor regulating raw milk and that the issue comes down to freedom of choice. The National Diary Council’s Isabel Maples doesn’t buy it.

MAPLES: I have three teenagers. When they get in the car with me, and they don’t have their seatbelt on, I know that there are huge risks there. So, I’m going to be firm in making sure they buckle up. I look at raw milk in the same light.

SMITH: Raw milk proponent and author, David Gumpert, doesn’t deny that there are risks involved with consuming unpasteurized milk, but to him it’s not more risky than anything else.

SMITH: More states are expected to decide whether to allow raw milk sales in the coming year. Culinary choice, or risky gamble the heated debate over heating milk brings new meaning to ‘Got Milk?’ For Living on Earth I’m Jessica Ilyse Smith.

Read “On the Safety of Raw Milk” from the FDA

Read a full response by the Weston A. Price Foundation