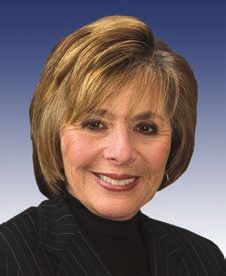 California’s three-term Senator Barbara Boxer is one of the state’s strongest environmental lawmakers. Now, she’s facing stiff competition from one of the nation’s top female CEOs. Their differences on environment issues are stark. Living on Earth’s Ingrid Lobet reports.

YOUNG: It’s Living on Earth, I’m Jeff Young. This November, one of the Senate’s most prominent environmentalists – California Democrat Barbara Boxer -- faces a strong challenge in mid-term elections. Republican Carly Fiorina was once one of the country’s most powerful female CEOs. Now she wants Senator Boxer’s job. Living On Earth’s Ingrid Lobet has this look at what a Fiorina upset might mean.

LOBET: The way Cary Fiorina’s ads tell it, her rise to the upper echelons of American business was not preordained.

AD VOICE: Her name was Carly. She was receptionist at DJ’s hair design.
That’s how she worked her way through Sanford and got a degree in medieval history. Then came UCLA law school, where she quit after one semester.

Carly Fiorina is challenging Barbara Boxer for her job as a California Senator. (Photo: Carly Fiorina)

LOBET: Her father once doubted she’d amount to much, she says. But in her 20’s an employer encouraged her to pursue business and she got an MBA. She hit her stride, rose through the ranks at ATT for 18 years, then took the top job at the Silicon Valley institution, Hewlett Packard.

LOBET: But there were painful choices to make at HP. At a rooftop campaign event in Beverly Hills, Fiorina defended her decision as CEO to acquire Compaq Computers, and lay off 28 thousand people.

FIORINA: The merger saved the company. Had we not acquired Compaq many more jobs would have been lost. Our PC business wasn’t competitive—and so we would have lost far more jobs.

LOBET: Fiorina is blamed for destroying HP’s employee-friendly culture, and billions of dollars in shareholder wealth. The board fired her in 2005. But some say she deserves partial credit for HP’s subsequent success, and for bringing the company into the digital age. What’s relevant for voters now is that business is Fiorina’s lens on the world. She says it’s her strength.

LOBET: Fiorina speaks in detail and without notes about specific taxes that should be cut so businesses can hire. Curtailing environmental regulations, especially the Endangered Species Act, is also a priority for her. She sees it as a job killer.

FIORINA: 46,000 people lost their jobs because Barbara Boxer believed that a fish was more important than those 46,000 people and their families.

LOBET: It was not Barbara Boxer, but a federal judge in California’s rich San Joaquin Valley, who slashed irrigation water for farmers as he balanced their needs against the health of an inland ecosystem. And most studies find far fewer jobs were lost. But the issue of jobs is key here. Average unemployment in the state is over 12% and there are counties with 16, 20 even 27% unemployment. Tim Hodson directs the Center for California Studies at Cal State Sacramento.

HODSON: Conventional wisdom is that any time the economy is a concern—that people are worried about their personal incomes—that that is a benefit to the challenger. So the Republican candidate, Carly Fiorina, would have an advantage. On the other hand the economy in California is improving, albeit slowly, but it is improving, and California remains a blue state.

LOBET: Often, it’s a state where environmental issues also rank high, regardless of party. Fiorina’s campaign so far indicates that on the environment, she’s a different brand of Republican than Californians have recently elected to high office, for example Arnold Schwarzenegger. In a TV interview, Fox news host Glenn Beck pressed her to promise she’d remain different.

[SFX]CLIP FROM FOX NEWS:
GLENN BECK: Well, you tell me that you’re not gonna be in bed with. Cause, here you are from California…you’re not going to be in bed with the Sierra Club? And the save the whales people…
FIORINA: No, Barbara Boxer is, who’s the opponent. No, I certainly will not.

[SFX] FIORINA AD:
VOICE of BOXER: One of the national security threats we face, frankly, is climate change.
VOICE OF FIORINA: Terrorism kills, and Barbara Boxer is worried about the weather.

LOBET: Fiorina’s campaign has put out some edgy, or downright strange internet ads. In one that again takes on Boxer for her climate change efforts, the Senator’s head is portrayed as a somewhat sinister blimp floating across the country.

LOBET: The contrast between Barbara Boxer and Carly Fiorina on climate change is stark. Boxer has authored and pushed hard to pass climate change legislation, which she sees as a job engine.

BOXER: There’s going to be a whole new platform for economic growth in this country. America will be the leader. There will be millions of jobs created, thousands of new industries. We know that in California there are 10 thousand news businesses that were formed since California put global warming legislation into place.

POPE: Senator Boxer has been the real leader in the Senate on climate change and losing her would be a huge blow.

LOBET: That’s Carl Pope of the Sierra Club. Boxer, he says, has strongly defended environmental causes during her 18 years in the Senate.

LOBET: And because Barbara Boxer is chair of the Senate Environment Committee, if she were to lose to Carly Fiorina, Tim Hodson at Sacramento State says it would have ramifications beyond this one race.

HODSON: The contest between Barbara Boxer and Carly Fiorina does have national implications.

LOBET: If Democrats retain control in the Senate in the November election, Max Baucus of Montana would probably take over the Environment committee. He was the only democrat to vote against a climate bill in committee last fall. And if Democrats lose the majority, the chair would return to Senator James Inhofe of Oklahoma, who views climate change as a hoax, and who says he recently met with Carly Fiorina, and on that issue they see eye to eye.