Acid Rain is Back 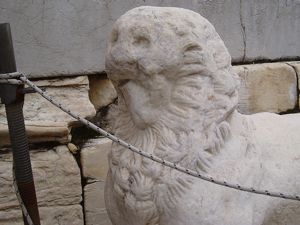 Time and acid rain weathered the face off this statue at the Acropolis. (Photo: Twin Peaks)

In the 1970s and ‘80s, sulfur dioxide pollution from industry and transportation were the principle causes of acid rain. The Clean Air Act dramatically reduced those sources. But now, as Dr. William Schlesinger, president of the Cary Institute for Ecosystem Studies, explains to host Jeff Young, acid rain has returned and it’s coming from nitrogen emissions produced by agriculture.

YOUNG: One problem we thought the Clean Air act had solved was acid rain. Reductions in sulfur dioxide emissions greatly reduced the problem. But, acid rain is coming back, and this time, coming from a different source. Cary Institute for Ecosystem Studies President William Schlesinger is studying the acid rain rebound. 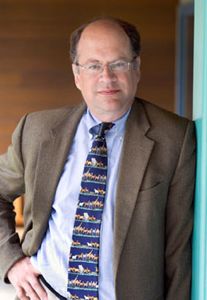 SCHLESINGER: From farms. Most nitrogen fertilizer that is applied to the soil is added in ammonia, and soil bacteria convert that to nitrate, which is an oxidized form of nitrogen. And in the process of going from ammonia to nitrate, about one-three percent of the nitrogen moving in that pathway is converted to NOX as a metabolic by-product. That’s a gas, and that gas diffuses out to the atmosphere. And in the atmosphere, when it combines with raindrops, it falls as nitric acid.

YOUNG: And, so what does nitric acid do when it is deposited in the rain say on the slopes of a mountain, or in the forest?

SCHLESINGER: The acid part of nitric acid acts in a very similar way to sulphuric acid of the 60s, 70s and 80s, when acid rain was first identified. It leaches aluminum and other positively-charged ions from the soil. In the case of aluminum, that is a toxic element for many kinds of aquatic wildlife. In the nitrate half of the molecule that is what we call a form of excess nitrogen deposition from the atmosphere.

Some species that can use it efficiently and rapidly, do well and others that cannot, disappear. And of course that leads to the impoverishment of natural ecosystems. But it’s interesting, most people have thought of these air pollutants as something in cities, or right down wind of industry, and we now realize they’re much more widespread. And that’s because the NOX is widespread. And so in areas, even rural areas, you can have excessive ozone levels.

YOUNG: So, when we look at the industrial and transportation emissions, I think we know what do to there. It’s just a matter of finding the will to ratchet down the requirements and improve the scrubbers and what not. But what about the farming side? You can’t put a scrubber on a farm, what do you do there?

SCHLESINGER: So, I think the best thing is going to be to think about studies, research, and there’s a lot of it that already exists, that could inform farmers of the best times and seasons to apply fertilizer, to minimize the losses to the atmosphere, which of course is a cost to them anyhow, and maximizes the amount that gets into the crop, which of course is what they really want to be doing. And, to move to reusing of green waste in the fields, plowing under of residue so that the nitrogen applied in one year would be made available the following year and avoid the first use of new nitrogen in that second year.

YOUNG: It sounds like what we’re talking about here is we’re tilting the balance with the whole nitrogen cycle.

Time and acid rain weathered the face off this statue at the Acropolis. (Photo: Twin Peaks)

SCHLESINGER: Certainly if we do things the way we have been doing them and we’re going to have human population perhaps go up to about 9 billion or 10 billion people by mid century, we would be using a lot more nitrogen fertilizer. We’d probably be using time and a half what we would be using right now. What’s more, a lot of the new people being added to the planet and the people already here, are saying that they’d like to have more animal protein in their diet.

And of course animals demand a lot of fodder that’s grown on fields with nitrogen fertilizer. That might even increase the demand for nitrogen fertilizer even more! So we’ve got to hank about trying to grow more or the same kinds of crops with lesser amounts of nitrogen fertilizer, that’s used judiciously and efficiently, and essentially will benefit the farmer because less will get away in a not so useful pathway from some of his fields.

YOUNG: Dr William Schlesinger, president of the Cary Institute for Ecosystem Studies, talking to us about nitrogen and its link to acid rain, thank you very much.

SCHLESINGER: Very glad to be here.

YOUNG: Coming up: Three generations of poets celebrate a century-old home-place. That’s just ahead on Living on Earth.

[CUTAWAY MUSIC]: Beatlejazz: Beautiful Boy from Another Bite Of The Apple (Silverlight Records 1998).