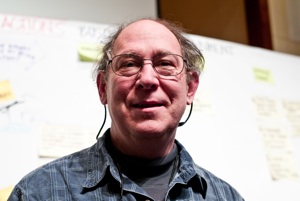 YOUNG: It’s Living on Earth, I’m Jeff Young. It was a tough week for advocates of action on climate change. Senate Majority leader Harry Reid announced that Democrats will not attempt to pass a climate bill this session—the votes simply aren’t there for even a watered down cap on carbon emissions. That news came just days after climate science lost a champion. Stanford Professor Stephen Schneider died suddenly July 19th at age 65. Professor Schneider was on the cutting edge of climate change science and policy for some four decades, first as a biologist and then as an eloquent public campaigner for action. LOE’s Steve Curwood has this remembrance.

CURWOOD: I first saw Stephen Schneider in action in 1997. Delegates from around the world had gathered in Germany to prepare for the upcoming Kyoto climate summit. The audience sat in rapt attention, as Professor Schneider delivered a riveting call-to-action, riffing from scientific fact to data set to policy analysis. He punctuated his speech with a laugh that slide easily into a smile- and then, without missing a beat- he turned serious--- demanding we focus on the profound implications of scientific studies. 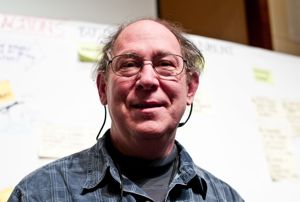 “Change our ways”, he warned, “before climate changes our ways in ways we will not like.” It was a passionate, virtuoso performance worthy of the Van Cliburn of climate change. Stephen Schneider’s perspective was philosophical and global and yet it was in his home state of California where he had perhaps his greatest impact. In his quest to save us from ourselves, one small step at a time---he helped persuade state officials to require more efficient refrigerators. Speaking to Living on Earth in 2005 Professor Schneider referred to the controversy over oil drilling in the Arctic Wildlife Refuge as he recalled the experience:

SCHNEIDER: Back in the '70s, in the energy crisis, California passed a rule fought and screamed at by the electric appliance industry requiring more than a factor of two, improvement in the efficiency of refrigerators. They said it would be too expensive and everybody's refrigerator would be too small. None of that happened. In fact the feds adopted those rules a few years later and the amount of the electricity that’s saved is so amazing that despite the Vice President telling us that energy efficiency is a moral virtue and doesn't do anything really and you need supply like ANWR, we have already saved just from refrigerators alone, from the initial California rules that went national, two ANWRs in energy, so there's a lot we can do.

CURWOOD: Stephen Schneider did a lot. Trained as a biologist, he received a MacArthur “genius” award, shared the Nobel Peace Prize with other UN climate researchers and Al Gore, and published more than 450 scientific papers. Among his books: Science as a Contact Sport- he never shied from controversy- and The Patient from Hell in which he confronts his struggle with a rare form of cancer and global climate change. “In both cases”, he wrote, “there’s no room to be wrong.” In a recent interview he said, “I really trust this generation of kids to make a difference. I know we can invent our way out of some of the problem. What we have to do is convince the bulk of the public……My fear is that it's going to take a hurricane to take out Miami or fires in the West before they finally wake up. I just hope, said climate scientist Stephen Schneider, that it's milder crises sooner, and not more extreme events later.” He may be gone, but we’re listening Stephen Schneider… we’re listening.