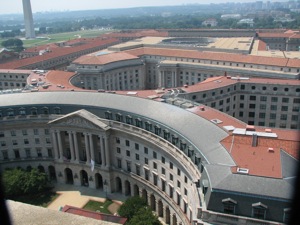 The Senate isn't taking up a climate change bill this summer, despite years of efforts to legislate a solution. But other plans to cap greenhouse gas emissions are beginning to grind into gear. Living on Earth host Steve Curwood talks with Washington correspondent Mitra Taj about two alternative paths to a low-carbon future: EPA regulation, and state action.

CURWOOD: From the Jennifer and Ted Stanley studios in Somerville MA, this is Living on Earth. IÂ’m Steve Curwood. Last summer, the House passed a comprehensive climate protection bill. This summer, Senate majority leader Harry Reid announced his chamber is not going to follow suit.

CURWOOD: But the path to a low-carbon future doesn't run just through Congress; California and New Mexico are joining a cap-and-trade program with three Canadian Provinces and the EPA is working on new rules to cut carbon emissions from polluting industries. Living on Earth's Mitra Taj has been looking into the alternatives and joins me now from our Capitol Hill bureau. Hi there Mitra!

CURWOOD: So the Senate’s decided to punt on this, at least for the near future, huh?

TAJ: Yeah, and that means that the biggest player is going to be the EPA. You probably remember that in 2007 the Supreme Court opened the door for the EPA to regulate greenhouse gas emissions.

CURWOOD: Under the Clean Air Act.

TAJ: Exactly. Well until now that authority was seen mostly as the stick to Congress’s carrot—a way to sort of push for comprehensive climate change legislation. But since the Senate is taking a pass on that, the EPA is now trying to figure out how to wield its big stick.

CURWOOD: So what’s the EPA likely to do?

TAJ: Well in terms of emissions reductions it’s kind of hard to say right now. The EPA's still weighing its options. But sources familiar with the EPA’s thinking told me the agency probably can’t cut total U.S. emissions more than five percent below 2005 levels and that’s by 2020. That’s a lot less than Obama’s promise to make a 17 percent cut, and much less ambitious than what scientists and Europeans want the U.S. to do. 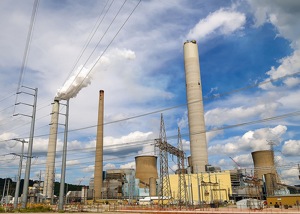 CURWOOD: And still it’s a reduction, so what’s the plan?

TAJ: Well even before the Senate road blocks the EPA had moved to tighten fuel efficiency standards for cars and trucks. Now the agency’s working on how to deal with big, industrial polluters—power plants, oil refineries, chemical plants. And a new permitting process is starting January, which will ensure that new facilities are as low-carbon as possible. But the step is even trickier – it has to figure out how to deal with existing emitters. One idea is to cap emissions industry by industry and allow companies within a specific industry to trade pollution permits amongst themselves.

CURWOOD: So if you run a cement plant and so do I, but I do a better job at cleaning up more quickly than you, then I could sell you my extra allowances. That would be cap-and-trade.

TAJ: It is cap-and-trade, but a little more limited. You could sell your allowances or you could hold on to them for later when you actually need them as the cap gets lower and lower. The idea is to make cutting carbon as cheap and flexible as possible. But if you are a cement plant then you wouldn’t be able to trade allowances with say a coal-fired power plant or a car factory. So the EPA wouldn’t be regulating into existence a huge single carbon market—that is really controversial.

CURWOOD: But still there’s likely to be a big legal fight, I imagine.

HOLMSTEAD: If you’re in the iron and steel business, or cement — any of those industries that requires a lot of energy. They compete in a global market place. And so if it becomes much more costly to produce those things in the U.S. then they get produced somewhere else and we import them. It’s a conundrum that EPA faces, that Congress faces. There is no easy answer to climate change.

CURWOOD: But surely the President wouldn’t sign that into law. I mean, he’d be handcuffing his own agency.

TAJ: Right, a White House official told me on background that the President would veto any attempt to curb the EPA’s authority, but Obama himself hasn’t made any public comments to that effect. And that’s something that people like Gene Karpinski really want to hear. He’s president of the environmental group League of Conservation Voters:

KARPINSKI: He needs to stand firm, stand tall, and make it clear he won’t accept any efforts to block or delay EPA from doing its job. That’s their responsibility, that’s what the Supreme Court said they have to do, and they’ve already begun to move forward. And that’s a critically important next step forward to begin to cut carbon emissions to protect public health.

CURWOOD: So Mitra, what does this mean for the big picture for cap-and-trade?

CURWOOD: Canada—that’s interesting. So that would open a pathway for California and New Mexico to sell in international markets. 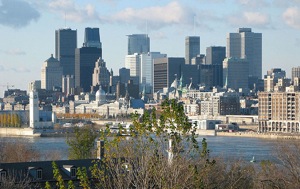 Downtown Montreal. Quebec is one of three Canadian provinces that will join a cap-and-trade program with California and New Mexico. (Photo: Wikimedia Commons)

TAJ: Yeah. And in time it could also fold into the mix similar regional programs that are taking place in the Midwest and East Coast. Pat Cummins, the program manager for the Western Climate Initiative, said his new cap-and-trade program is designed to grow.

CUMMINS: The bigger, the better. If you have more participants and the market is bigger, and everyone is shooting for an emission reduction goal, the overall reductions will be greater as well, so there are a number of reasons why growing the market is important.

TAJ: But you know Steve, just as with the EPA, this West Coast plan also has to withstand some tough challenges. In California, that means a proposition on the ballot in November that would nix the state’s carbon reduction plans. And without California, the program wouldn’t make as big a splash. So Congress might be out of the picture for the moment, but politics definitely are not. I think we’ll probably see political opposition trail behind any plans to cut greenhouse gas emissions in the near future.


Click here to listen to Senators Reid, Kerry, and White House energy czar Carol Browner deliver the news that taking legislative action on climate change would have to wait.

Learn about the oil spill and clean energy bill that Majority Leader Reid wants to pass instead of comprehensive climate change legislation.

Click here for more about the Western Climate Initiative's plans to cap carbon.

The World Resources Institute studied how to reduce emissions without Congress.