Environmental Advocacy Then and Now 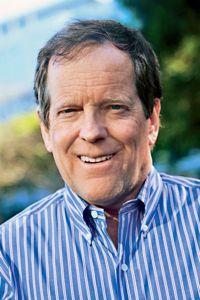 Back in 1991 when Living on Earth first began, the climate in Congress relied on a more bipartisan environmental sentiment. Carl Pope, the chairman of the Sierra Club and Fred Krupp the president of the Environmental Defense Fund talk with host Steve Curwood about these changes and how theyÂ’ve shaped the current environmental movement.

CURWOOD: In 1991, when our show first began, we were in a very different time in terms of international climate agreements. We were still a few months before the Earth Summit in Rio - and since then we’ve had the Kyoto Protocol to control greenhouse gas emissions in some countries - and seen the failure of Copenhagen to create a truly global deal. Carl Pope and Fred Krupp have been through it all and are with me to talk about changes in the environmental movement between then and now. Carl Pope is the executive chairman of the Sierra Club and Fred Krupp is the president of the Environmental Defense Fund. Welcome both of you to Living on Earth.

POPE: It’s wonderful to join you for your 1000th show, Steve!

KRUPP: Great to be here Steve.

CURWOOD: Well, thank you both. Carl Pope, what are the major landmarks or turning points you see?

POPE: Beginning in 1994, there was a part of the American political spectrum, the reactionary right, that decided to challenge the whole concept that we ought to have an environmental safety net, that we shared this planet with other species, and other generations and other countries, and that we had to take care of it. And there was really a systematic assault, from 1993 until Katrina. And I think the biggest success of the Sierra Club and other environmental organizations during the last 20 years has been that we held on during that assault and I hope we’re coming out on the other side of it and I think our biggest accomplishment was getting through it intact.

CURWOOD: What about you, Fred Krupp?

KRUPP: Well what the economists call the biggest success of the 1990s was the implementation of the Clean Air Act, which was proposed by George H. W. Bush. It cut sulphur emissions in this country by 50% for a fraction of the cost, and IÂ’m reminded that in the early 1990s, the first president Bush had an environmental council. There were champions in the Senate on the Republican side, like John Chaffee, later followed by his son Lincoln Chaffee, like Jack Heinz from Pennsylvania. And the administrations, the Republican administrations, there were wonderful environmental champions like Rush Train, Bill Reilly and Bill Ruckelshaus, Mike Deland. And unfortunately since that time the issue has become so much more polarized. It used to be the Republicans and Democrats were competing to see who could be best on environmental issues. Now the Democrats tend to take us for granted. And the Republicans often tell me they canÂ’t get any credit for the good things they do, so they sometimes say Â“why bother?Â” and this is a bad dynamic and is something we really need to get back to the old days on.

CURWOOD: Carl Pope, how healthy is this and what kind of hope do you see for a more bipartisan approach?

POPE: Well the assault from those voices that said that we really shouldn’t be trying to protect the environment for future generations has been extremely unhealthy, and one of the consequences was you drove the voices of environmental responsibility in the Republican Party either underground or out of the Republican Party. We have an enormous number of Sierra Club members who used to be Republicans. They are now mostly independents or Democrats. We have to actually take the Republican Party back from the voices on environmental issues who currently control it, and say that the United States for example should not do anything to reduce its dependence on fossil fuels. Voices who really do not believe in environmental stewardship. Most grassroots Republicans do. They just donÂ’t have leaders in their party who are listening to them and we have to fix that somehow.

CURWOOD: And what about the business sector Fred Krupp? It’s become quite involved with the environmental movement. How well is that working?

KRUPP: Well I think it’s working reasonably well. We’ve had some real success with companies like Wal-Mart who are greening up their supply chain and squeezing carbon emissions out of their manufacturers in China. We’ve had great work with McDonalds on getting folks who raise chickens to use less antibiotics. We’ve worked with FedEx and pioneered a whole new generation of hybrid trucks that are now used by more than 200 companies. So there have been real successes, and I think the United States Climate Action Partnership was a great example of companies and environmental groups coming together to jointly recommend to Congress a path forward on climate change. Unfortunately the utilities that were part of it ended up deciding that they were better off without a bill. I’m sure in the future, while we’ll continue to partner with companies, you’ll probably see a little more litigation from the Environmental Defense Fund to keep some of them honest.

CURWOOD: Carl Pope how well do you think this business-oriented approach on environmental protection is working?

POPE: Well there are innovative companies and there’s stand pat companies, and the challenge always is that the stand pat companies resist change. So the real challenge we face is how do we build access to finance, market share and regulatory predictability for innovative companies, companies that are making wind turbines or solar cells, or that are increasing the efficiency of the grid. How do we give those companies a fair shake and get out of the way the roadblocks to progress that are being erected by companies that want to hold onto the technologies of the 20th, and in some cases, even the 19th century?

CURWOOD: Let me ask you both Â— how well do you think the Obama administration is doing in terms of the environment? Particularly I’m thinking in terms of climate.

KRUPP: You know Steve, President Obama has done more than any president in history on the climate issue. He made it a priority in his campaign; his first speech from his oval office was not only about the disaster in the gulf but also the need to act on energy and climate issues. Unfortunately he never came out with a specific proposal for where he wanted the senate to gel. Unlike president H.W. Bush, who came out with a proposal on the Clean Air Act, President Obama did not do that and it was just unrealistic to expect that the senators would gel around a specific proposal without that one additional thing.

POPE: Well I think the executive decisions of the Obama administration have been remarkably strong, remarkably progressive. Where I think I would give the president less good marks is in figuring out the formula for leading the United States Congress in developing consensus on an approach to climate. To be fair to him, he’s dealing with a very difficult landscape in which the leadership of the Republican Party in both the House and the Senate was determined from the very beginning to deny his administration by abusing the Senate’s tradition of extended debate, the filibuster. And it is the president’s job to solve political problems as well as run the government. And I think the president failed to solve this problem. I think the next Senate absolutely must change the rules of the game, which allow a tiny minority of Senators to completely obstruct the public business.

CURWOOD: Carl Pope is the Executive Chairman now of the Sierra Club, and Fred Krupp is the President of the Environmental Defense Fund. Thank you.

POPE: Thanks Steve, it’s wonderful to be with you and I probably won’t be on your 2000th show but I hope you’re still around and doing it!

KRUPP: Steve, 1000 shows, quite an achievement. You’ve enlightened a lot of people on these important issues and we’re all the better for it.