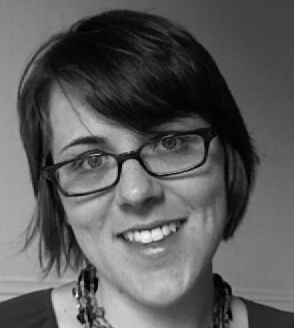 A new National Commission report finds that the Obama administration underestimated the amount of oil that flowed into the Gulf and then overestimated how much had been removed. Host Bruce Gellerman talks with Kate Sheppard, the energy and environmental politics reporter for Mother Jones magazine, about the findings.

GELLERMAN: It’s Living on Earth, I’m Bruce Gellerman. An investigation into the BP Gulf oil spill raises serious questions about how the White House handled the disaster and the flow of information to the public. The findings are in preliminary reports by a national commission. Kate Sheppard covers energy and environmental politics for Mother Jones magazine. Hi Kate!

SHEPPARD: Thanks for having me.

GELLERMAN: This is a preliminary report, but it’s pretty damning.

SHEPPARD: I think that is absolutely the case. I mean, this report really shows that the administration was not necessarily at all prepared for this disaster in the Gulf, and didn’t react as quickly, or was not necessarily as honest with the public about what was going on down there, as we’d like to think it was.

GELLERMAN: It was President Obama who appointed the commission in the first place, yeah?

SHEPPARD: It was, but this is a bipartisan commission that has two chairs, one from either party here, and it’s intended to be non-partisan in its exploration of the disaster and the future of off-shore drilling.

GELLERMAN: Well they charged that the Obama Administration, at least in this preliminary report, was too optimistic at the get-go, was slow to respond, consequently.

SHEPPARD: It absolutely shows that that is the case. It shows that it initially underestimated the extent of the spill, and did not necessarily send enough responders to the area, and then, in realizing how bad it was flooded resources there without necessarily sending them to the right places.

GELLERMAN: I remember they first said that there was a thousand barrels, then a few days later it was five thousand- but that was no where near really what was spilling into the Gulf.

SHEPPARD: I think this is probably the most interesting part of the report is you see those numbers grow over time.

The report reveals that that one thousand barrels per day figure that they used for the first week after the spill, actually just came from BP and it seems that it was kind of pulled from the air. The administration didn’t really seem to verify it at all and relied on that number for the first days.

The number was later increased to five thousand barrels per day, but again the report shows that that number also really seems to have come from nowhere.

A scientist over at the National Oceanic and Atmospheric Administration came up with that figure, but he was not someone who was necessarily an expert on coming up with that calculation, he wasn’t using peer reviewed existing methodologies. And even the scientists said that this was just a rough estimate. And then we found out the actual figure was about 12 times that size.

GELLERMAN: It was by August that this thing is capped. And, Carroll Browner, who is the director of the White House office of Energy and Climate Change policy, appears on all the networks and she comes up with a very rosy understanding of how much oil is in the Gulf.

BROWNER: I think it’s also important to note that our scientists have done an initial assessment and more than three quarters of the oil is gone. The vast majority of the oil is gone- it was captured, it was skimmed, it was burned, it was contained. Mother nature did her part, and that’s good news.

SHEPPARD: I think absolutely she was wrong. If you actually look at the report it showed that 75 percent of the oil wasn’t gone, it was still out there in the environment.

It was dispersed, it was on the beaches, it was in the atmosphere in some way. It wasn’t gone, it was just maybe not visible. This is something else that this report points out is that the administration also said repeatedly that this was a document that was peer reviewed by independent experts, and that’s absolutely not the case. That did not happen at all.

GELLERMAN: Kate, when is the final report due?

SHEPPARD: Final report is not due until mid-January. This is just the initial staff-draft, so it could change substantially between now and then.

SHEPPARD: Well, we’ll see. One of the big issues that seems to be impairing the ability of this commission to obtain information is that they don’t have the power of subpoena legislation to give them the power has stalled in the Senate.

If they do get that power, which will let them call forward witnesses and demand documents- they could actually have a lot more information to work with before they put out that final report.

GELLERMAN: Kate, thanks a lot, I really appreciate it.

SHEPPARD: Thanks for having me.


Click Here For The National Commission’s Series of Reports