Reworking the Ozone Treaty to Work for Climate Change

In 1987 the international community came together in Montreal to agree on limits to ozone-depleting chemicals. More than two decades later, organizers like Durwood Zaelke, president of the Institute for Governance and Sustainable Development, are looking to see how lessons learned from that success might be applied to climate change. He talked with host Bruce Gellerman.

GELLERMAN: From the Jennifer and Ted Stanley Studios in Somerville, Massachusetts - this is Living on Earth. I’m Bruce Gellerman. A comprehensive climate- energy bill is dead in Congress, and the mid term elections put the final nail in the coffin.

OBAMA: It’s doubtful you could get the votes to pass it through the house this year, or next year, or the year after.

OBAMA: Cap and trade was just one way of skinning the cat. It was not the only way, it was a means not an end.

GELLERMAN: Another means may be the Montreal Protocol. In 1987 the nations of the world came together in Canada and agreed to save the planet from a chemical catastrophe. They signed a historic treaty to phase out compounds that were destroying the world’s protective ozone layer. Now, 23 years later, delegates are meeting in Bangkok to discuss if the Montreal Protocol can be repurposed to save us from climate changing gases. Durwood Zaelke is at the meeting. He’s president of the Institute for Governance and Sustainable Development.

ZAELKE: Today many people look back after they see the success of the Montreal Protocol and they say: ‘that was easy.’ It wasn’t easy, it was a tremendous struggle to get the political alignment, and in fact the treaty started in a very, very modest way.

GELLERMAN: Well give me a history of the Montreal Protocol back in 1987, what was it designed to do and how did it do it?

ZAELKE: The Montreal Protocol was designed to phase out dangerous chemicals that were destroying the stratospheric ozone. Or rather, that were thought to be destroying the stratospheric ozone layer, because when the treaty was originally negotiated, we did not yet have empirical evidence that these suspected chemicals- the CFC’s or chloroflorocarbons- were actually doing what the scientists thought that they were doing.

We thought that these were modern chemicals that societies could not do without. They were used in about 240 industry sectors, and there were billions of dollars at stake and there were hundreds of thousands of jobs and there was powerful opposition. The two scientists who first hypothesized that the CFCs were destroying the stratospheric ozone layer, Dr. Sherry Rowland and Dr. Mario Molina, were vilified by industry. They were parodied in popular press, they were the object of counter scientific articles. They struggled mightily until later they won the Nobel Prize for their brilliant deduction that the CFCs were destroying the ozone layer.

GELLERMAN: So despite all this opposition, the Montreal Protocol was incredibly successful, am I right?

ZAELKE: Montreal Protocol is the most successful environmental treaty that the world has ever created, bar none. It is phased out 96 chemicals by more than 97%. If we had not phased out these chemicals, we would suffer millions of cases of skin cancer, millions of cases of cataracts, tremendous damage to our agricultural sector, and no one on the planet would be able to stay outside for more than 10 minutes without receiving a severe sunburn. That’s how serious the threat was.

GELLERMAN: So while Montreal was designed to deal with the ozone hole, it’s been able to do what no other international treaty has been able to do, which is to curb greenhouse gasses.

ZAELKE: It’s very important to understand that most of the chemicals that destroy the ozone layer are also powerful greenhouse gasses. The Montreal Protocol, while it was solving the stratospheric ozone problem, also has solved an amount of the climate problem that otherwise today would be equal to the contribution of CO2, which is the dominant factor in climate change.

It has done five to ten times more than the Kyoto Protocol is striving to do in terms of reducing climate emissions. That’s a tremendous success. So, now we see that this treaty has done the best job in the world for climate, and the parties are asking- what more can it do for climate? 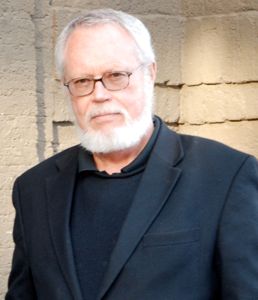 Durwood Zaelke is President of the Institute for Governance and Sustainable Development. (Photo: IGSD)

GELLERMAN: So the idea is to amend the Montreal Protocol so that it deals with these super-greenhouse gasses, HFC’s. Will that require Congress to re-ratify the treaty?

ZAELKE: It will. They’ll have to ratify the amendment. All the parties will have to ratify the amendment. It’s a pretty good bet in the United States- you have to remember that this treaty was started under President Ronald Reagan. It has always enjoyed strong bipartisan support in the Congress. We’re pretty confident that even in the more conservative Congress that we’ve been given after the recent election, will agree to ratify.

GELLERMAN: Do you ever look back and say- well, 1987, Ronald Reagan, a Republican was president, we had uncertain science about the ozone hole, tremendous ideological opposition, deep vested interest and lots of jobs at stake, and yet the world moved rapidly to a treaty and a successful treaty at that. Do you ever say, ‘Wow! How did we do that and why can’t we do it now?’

ZAELKE: I think you’ve posed the central question for climate change. What can we learn from the Montreal Protocol? I think the first lesson, the central lesson, is start and strengthen- start, get experience in solving the problem. Gain some confidence that you know what you’re doing. Then, do more of what works. You know, we’re so polarized in the climate debate that we’ve tied ourselves in knots. And that’s partly because we tried to do everything in one international negotiation- in hindsight, probably not a good idea.

Richard Benedict, who negotiated the Montreal Protocol originally for the United States, has compared the climate negotiations to a medieval fair. Fire eaters and jugglers and every kind of clown you can imagine. You cannot negotiate as efficiently in that kind of a context. It’s a different time, but it’s not so different that we can’t reproduce this if we disaggregate the climate problem, take the lessons of Montreal, and solve pieces of this problem as we go forward with unique governance systems that develop the expertise to solve that part of the problem.

GELLERMAN: Well, Mr. Zaelke, I want to thank you very much. I really appreciate it, and I learned a lot.

GELLERMAN: Speaking to us from Bangkok, Durwood Zaelke, president of the Institute for Governance and Sustainable Development.


Institute for Governance and Sustainable Development