Researchers are finding caffeine in the ocean and streams of the Pacific Northwest. Portland State University Professor Elise Granek tells host Steve Curwood that scientists are concerned that caffeine can stress aquatic organisms and may be an indicator of additional pollutants in the water.

CURWOOD: For coffee drinkers, the Pacific Northwest is holy ground. It's where companies like Seattle's Best Coffee and Starbucks got their start. But researchers recently discovered some surprising information in the land of coffee: caffeine in the ocean, lakes and rivers. And the likely source is the toilet.

Elise Granek is an assistant professor of environmental science at Portland State University in Oregon and is co-author of the new report finding caffeine in waters of the Pacific Northwest.

GRANEK: Thank you for having me. 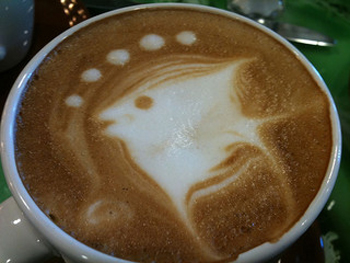 More research needs to be done to see what effect caffeine might have on fish. (Photo by Fiona Henderson)

CURWOOD: So how does caffeine get into the water?

GRANEK: Well, in the temperate zone in the northwest where we live, there is no known natural sources of caffeine. So, when we see caffeine in rivers or lakes or the ocean, our understanding is that the source is human waste. And that human waste may be from coffee, it may be from energy drinks, from pharmaceuticals, etc.

CURWOOD: Now, where exactly did you find this caffeine...in the ocean, in freshwater? 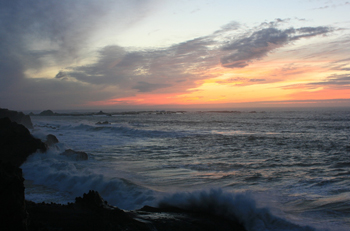 CURWOOD: Why do you suppose that is?

CURWOOD: Now, why are you studying this? I mean, you're not concerned that the fish are having trouble sleeping, are you?

CURWOOD: And the results there?

However, in our lab study on effects of caffeine, 50 nanograms was the lowest dose we looked at in terms of effects on mussels. And, that was enough of a dose to cause mussels to generate stress proteins. There have been some reports that caffeine may affect reproduction. When organisms are stressed, they produce stress proteins to protect their cells. And, if an organism is under prolonged stress, then that organism may have to shift energy they would normally spend on growth and reproduction, on continuously making those stress proteins. So, that's one piece of it. 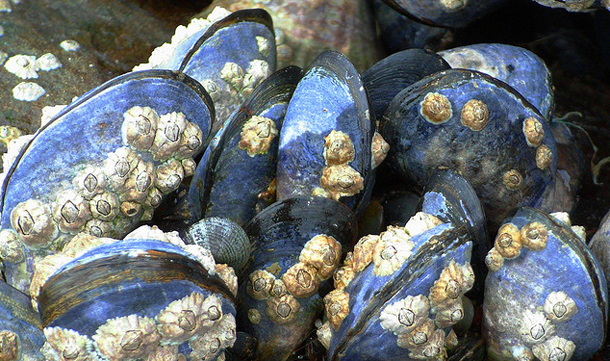 The other piece is that caffeine may be a marker, is likely a marker of other contaminants that accompany it in wastewater. So when we see caffeine, we expect it to be an indicator of wastewater, and in wastewater we have not only caffeine, but pharmaceuticals, we have household cleaners, we have a suite of contaminants which have the potential to impact these marine organisms, as well.

CURWOOD: So, how much of a human health risk is all of this caffeine in the water?

CURWOOD: Now, your research is based in the Pacific Northwest but I understand that researchers have found caffeine in water all over the country, including my backyard of Boston Harbor.

CURWOOD: And so how prevalent is this?

GRANEK: At least in the U.S., there are published numbers for Kauai in Hawaii, for Miami River and Biscayne Bay in Florida, for Boston Harbor, Sarasota Bay, Florida, and Jamaica Bay, New York and at least one site in Canada.

CURWOOD: So, Professor Granek, what needs to be done next?

CURWOOD: Elise Granek is assistant professor of environmental science at Portland State in Oregon. Thank you so much for taking this time.

GRANEK: Thank you. Thanks for having me.