Doha's skyline seen from the south side of Doha Bay. (Photo: Wikipedia)

Talks open in Doha, Qatar November 26th for the 18th round of U.N. climate change negotiations. But climate change projections are increasingly dire and few express hope for consensus. Host Steve Curwood talks with Jennifer Morgan, Director of the Climate and Energy Program at the World Resources Institute.

CURWOOD: From the Jennifer and Ted Stanley Studios in Boston, this is Living on Earth. I'm Steve Curwood. Talks open in Doha, Qatar, for the 18th round of U.N. climate change negotiations at the end of this month. But as nations from around the world come together, climate change projections are increasingly dire and few express hope for a broad consensus.

One veteran observer of many rounds of these talks is Jennifer Morgan. She is the Director of the Climate and Energy Program at the World Resources Institute and is their lead representative at the upcoming meeting in Doha starting November 26th. Welcome to Living on Earth!

MORGAN: Thank you, good to be here. 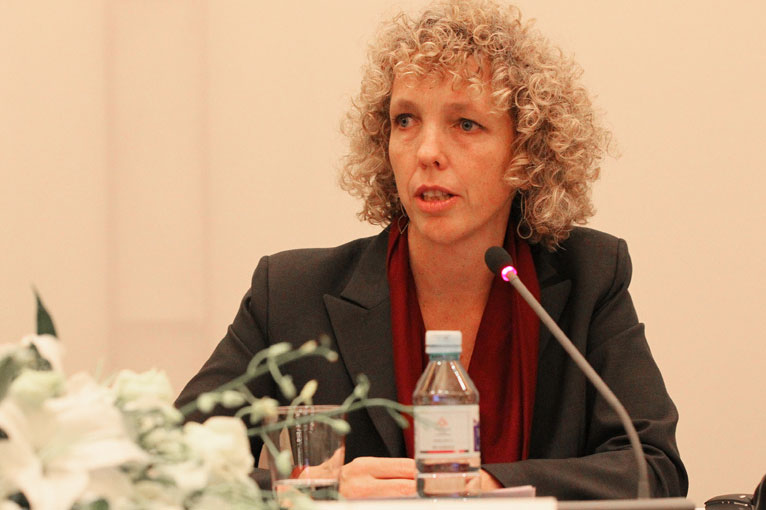 CURWOOD: So, what’s this session of the climate negotiations all about?

MORGAN: Well this session is actually a finalizing the rules session – not as exciting or as big bang of a meeting as previous years – but I think certainly people are hoping that ambition will also be on the table because not enough is happening right now.

MORGAN: So, in the details you have number one, the Kyoto Protocol. Kyoto is important because it has institutions that people care about, it has a carbon market, it has a fund for developing countries and those things need to stay and be part of a bigger package in a couple of years. And countries like the EU and Australia are ready to move forward with the Kyoto Protocol, but they have to decide how long does the Kyoto Protocol last. That’s one big detail.

Or, for example, within the finance side of things, the fast-start countries have pledged money for it up to this year – what happens after that? That’s less of a detail and more of a fundamental thing: Is there new money on the table for developing countries to deal with the impacts of climate change?

CURWOOD: Back in 2009, President Obama and other world leaders agreed on this Green Climate Fund, which, what, promised $100 billion a year in financial aid to developing countries? The world economy is still pretty sluggish, what’s happening with the Green Climate Fund? You indicated it’s coming to the end of its first round of cash.

MORGAN: Countries in Copenhagen pledged funds for up to 2012. But there’s a lot of uncertainty between now, the $30 billion number, and how to get to $100 billion by 2020. And so that’s questionable. Will countries say that they’ll leave it at the same levels or increase it? And, certainly in an economic downturn, that’s difficult. But some countries like Germany seem ready to move forward and developing countries will certainly be looking for at least the same level of support that they’ve had. 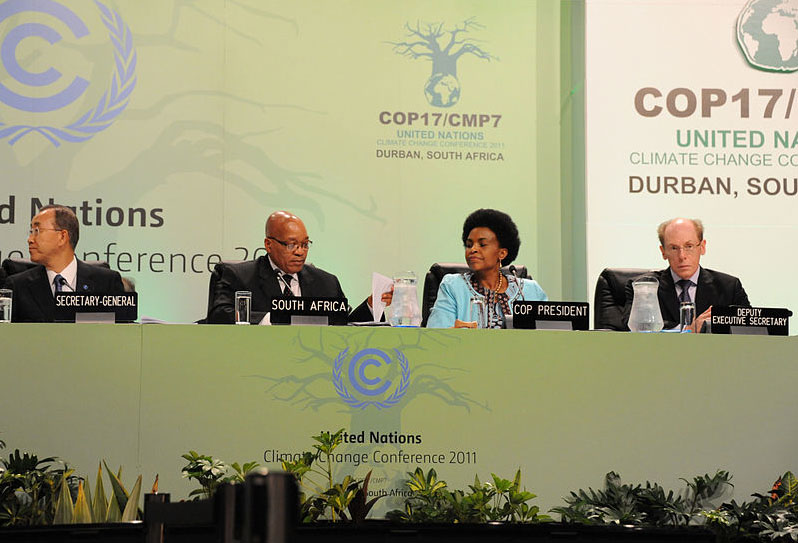 CURWOOD: The UN Climate Change conferences have become a magnet for criticism. They get labeled as antiquated, cumbersome, unproductive. Jennifer Morgan, from your perspective, what have these talks done and what alternatives do we have to this UN process?

MORGAN: Well, I think the talks have brought countries together and set a long term goal of staying below two degree temperature rise – I don’t think that would have happened without the United Nations. I think they’ve catalyzed further domestic action – many of the pledges that came forward over the last years from China and India and the United States, I’m not sure would have happened without the UN framework convention.

CURWOOD: Where is China in all of this? I understand that the government there is looking to install a 30 percent renewable electricity portfolio standard by the year 2015, which would put it ahead of the US in this process.

MORGAN: Well, China has taken quite substantial actions domestically. And in some cases, more than the United States. They have a strong renewable energy target, they have capped coal use in some places, they have strong efficiency targets. I don’t expect anything new from them for some time because they’re in a transition, but certainly domestic forces are showing they’re taking the issue seriously.

CURWOOD: What are the marching orders that the White House is likely to have given, do you think, for Doha. And what effect, if any, do you think superstorm Sandy will have on the American approach?

MORGAN: Well, I don’t think we know yet. I think the hope is that the White House will give in some ways a mandate to the delegation to press the restart button on its international climate diplomacy, and that the US will go to Doha with a much clearer strategy, and say: You know, we do want to keep global average temperatures below two degrees.

We hear and actually are now experiencing what the impacts of climate change look like and so the hope, I think, would be clarity from the US on this long-term goal. How is the US going to meet that 17 percent target they signed up for a couple of years ago, they haven’t made that clear yet to the world. And also, just a clear statement: we’re in this.
We’re not only starting a national conversation as President Obama said, but we’re moving into an international coalition building to really solve this problem. Thus far, it’s been more incremental tactics. I think the world is looking for the big strategy and leadership.

CURWOOD: Jennifer, I think what we’re hearing here and what we saw in New Jersey, New York, Connecticut, is what the small island states have been seeing all along. How are they feeling about these negotiations?

MORGAN: Well, I think the island states are feeling quite desperate. To be clear, they are not seeing the type of signals that other countries are really taking this seriously. And I guess that’s really the question for the developed countries and economies around the world: Will they start acting more like the island nations now, will they understand more what’s at stake, and be willing to take the political risks that it will take to get this job done? Because otherwise, those island nations and many areas – low-lying areas around the world – will have a short future.

CURWOOD: Jennifer Morgan is Director of the Climate and Energy Program at the World Resources Institute in Washington. Thanks for talking with us, Jennifer!


Website for the U.N. Climate Change Conference in Doha, Qatar