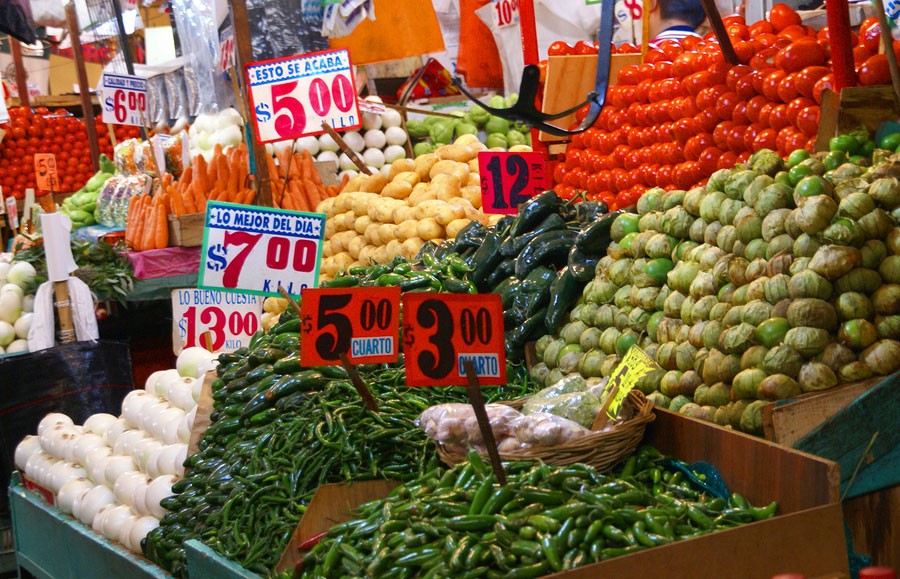 A Mexican market displays the type of produce that can be traded for recyclables in Mexico City. (Bigstockphoto.com)

Mexico City’s landfills are at capacity but the government has come up with an innovative way to encourage recycling. Economist journalist Tom Wainwright tells host Steve Curwood that Mexico City residents can bring recyclables to a market and trade them in for locally grown produce.

CURWOOD: Legend has it that the Aztecs founded Mexico City in the 14th century, ordered by one of their many gods to build a city where they found an eagle perched on a cactus with a snake in its beak. That eagle turned out to be on an island surrounded by a lake.

Over the centuries the Aztecs, and later the Spanish conquerors, filled in the lake and built a city that today is home to more than 21 million people. The buildings are famously sinking into the filled land and a more visible problem plagues Latin America’s biggest city…. trash. Many landfills are at capacity and rubbish is piling up in the streets.

So the city government has developed a unique way to deal with it. Tom Wainwright is the Mexico/Central America correspondent for the Economist magazine, and joins us on Skype. Welcome to Living on Earth!

CURWOOD: So how significant is the trash problem in Mexico City?

WAINWRIGHT: Well, it came to a head earlier this year when the city government shut down one of its biggest trash dumps which was just on the edge of the city. This was a huge place that, until recently, had been receiving thousands of tons of trash every single day – it was about the size of 450 football pitches – but they shut this down just towards the end of last year, and so around the beginning of this year, these great big heaps of trash started piling up around every corner of the city because the city authorities just didn’t know how to get rid of it. They’ve solved that problem for the time being, but there’s no doubt that unless they can change something fairly fundamental, the trash problem is going to continue in Mexico City. 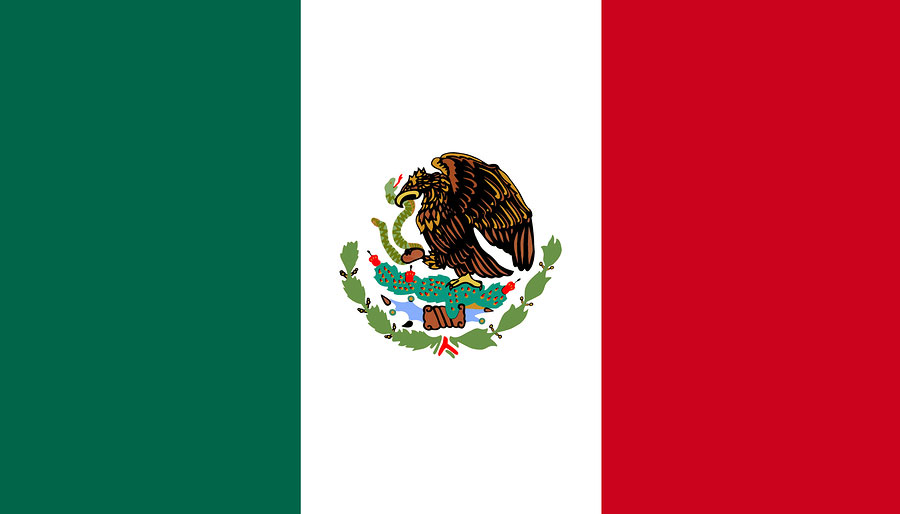 The Mexican flag features an eagle gripping a snake in its beak while standing on a cactus, a nod to the founding of Mexico City. (Bigstockphoto.com)

CURWOOD: I understand that the government in Mexico City is offering people carrots, literally, to start recycling their trash. Can you tell me about that?

WAINWRIGHT: (Laughs). That’s right, they’ve got this new thing that they call a barter market which takes place in one of the parks in the center of town every month. And you go along with your recyclable trash – your glass, your metal, your paper, your plastic, all of this stuff ¬– and you hand it in, and in return they give you want they call green points, or green tokens. And with those tokens you can buy, as you say, vegetables, fruit, plants, all kinds of things, in return for your rubbish. So people are going along with their weekly household waste and going home with a bagful of vegetables to have for lunch.

CURWOOD: So how much food has been exchanged for trash, so far?

WAINWRIGHT: So far, they’ve got through about 140 tons worth of trash, which is a small proportion of the amount that the city produces everyday, but none-the-less, they’ve gotten rid of all of this rubbish and they’ve swapped it for about 60 tons of fruits and vegetables!

CURWOOD: And once the government has all of this trash, what do they do with it?

WAINWRIGHT: Well, here’s the interesting thing, their message, that the government is very keen to give people, is that what you think is trash isn’t necessarily worthless. And they put that idea into practice by selling all of this recyclable waste to companies that can convert it to new things.

So, for instance, the paper that they have they sell to companies that can mash it up and turn it into new paper, and they do the same thing with the glass and metal, and with all things they receive. And, so, every month they take about 20 tons of trash, and they sell this waste for about $3,000, which doesn’t completely cover the cost of the vegetables, but it goes quite a long way towards it.

WAINWRIGHT: The amount they spend each month on the food comes to almost double what they make in selling the rubbish. So every month they make about $3,000 from selling this recyclable trash and they spend about $6,000 on the fruits and vegetables, so the project is making a loss – it’s not intended to be a moneymaking project. But the government sees it as a sort of educational mission, they reckon that at the net cost of about $3,000 per month, that’s not too bad a price to pay for educating a city of 20 million about the importance of recycling their waste.

CURWOOD: Obviously the main purpose here is to encourage recycling, but this is a significant boost for local farmers, you observed.

WAINWRIGHT: Well, it is, yeah. In the south of Mexico City, there’s this fascinating neighborhood called Xochimilco, which looks a bit like the original city would have done hundreds of years ago before the conquistadors arrived. It’s a sort of network of canals –as you said in your introduction, Mexico City used to be an island in the middle of a lake and this part in the south of the city still resembles what the edge of the lake would have looked like hundreds of years ago.

You go down there and it’s a network of canals with floating man-made islands on which these farmers grow these vegetables. They make these islands by getting these old rotten boats, which are made to sink, and they fill them up with mud, dirt, and they grow vegetables in them.

CURWOOD: So, overall how do you think this program is working out so far? To what extent are people recycling and what about plans to possibly expand?

WAINWRIGHT: Well, I think it’s going pretty well. I went down there last month with a few old computer cables and things of my own which I swapped for some carrots and some broccoli, I think it was, and even early in the morning it was absolutely jam-packed.

People tell me that lines start forming first thing in the morning because people want to get there as early as possible to get the best fruits and vegetables that they can. Apparently, if you go early enough, they even have cheese. But I confess, I’ve never been able to get up on time to be there in time to get any cheese!

But it’s obviously been successful, it’s very, very full every month. So much so that they’re actually thinking about expanding the project – they’re actually talking about making this a fortnightly thing rather than a monthly one. So I think so far it’s been pretty successful. There’s a political question over it because in December, the new city government takes over, there’s a new mayor who is going to be taking over, so the future of the project will depend on what he makes of it. But given the popularity of the project, I think it’s likely we’re going to see it expanding even more.

CURWOOD: Tom Wainwright is a reporter for the Economist based in Mexico. Thanks so much, Tom!

WAINWRIGHT: No, Thank you!