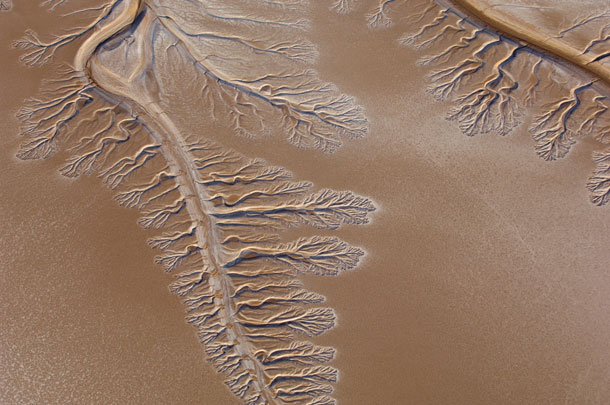 The shrinking Colorado River is a critical water source for thirty million people and a source of friction between Mexico and the United States. Now,the two countries have signed what they hope will be a better deal for them and the river. Host Steve Curwood talks with Carlos De La Parra, Professor of Urban and Environmental Studies at the College of the Northern Frontier in Tijuana, Mexico who advised the Mexican Commissioner in the Colorado River negotiations.

CURWOOD: The once mighty Colorado River frequently dries up long before it reaches the sea just south of the Mexico-US border. The U.S. captures most of the water, taking ten times as much as Mexico. On both sides of the border, millions depend on the shrinking river as a critical water source.

Well, now Mexico and the U.S. have signed an amendment to their nearly 70-year-old water pact that shares the water a bit more equitably. To explain the details, we turn to Carlos De La Parra. He's Professor of Urban and Environmental Studies at El Colegio de la Frontera Norte - the College of the Northern Frontier - in Tijuana, Mexico, and advised the Mexican Commissioner in the Colorado River negotiations. Welcome to Living on Earth!

DE LA PARRA: Hello how are you?

CURWOOD: Good. Now, what’s in this new pact between the United States and Mexico?

DE LA PARRA: Well, it’s an agreement that there are things that both countries see eye-to-eye. One is the issue of a delta that needs to be restored, and the second is that equity must prevail in the new agreement, and that means that if there’s a shortage of supply then everybody gets a little less and if there is a surplus then everybody gets a little more. The third element is that both countries see that there’s a benefit for investing in infrastructure to increase efficiency, conserve water and therefore to have more water to go around.

CURWOOD: So, when the International Water Agreement was put together back in 1944, as I understand it, the US gets 15 million acre feet every year off the Colorado River, and Mexico gets just 1.5 million acres, one tenth of the US amount. How fair is that?

DE LA PARRA: Well, that’s a good question and it depends on who you ask. Ask folks on the US side, there are some that say that Mexico got too much. But ask some who are south of the border and we might say that we got too little, or that quantity is not the issue but quality. And so it really is something very relative.

CURWOOD: What happens to the water promised to Mexico in the new arrangement? 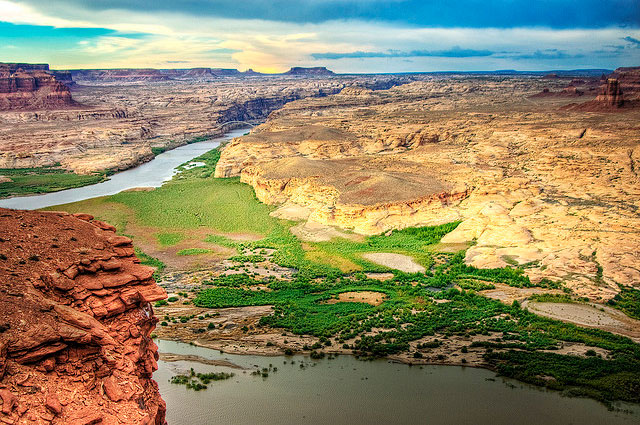 DE LA PARRA: It’s still there, but the treaty itself says that in cases of extreme drought, both countries would have to reduce their allocation. Fortunately, the agreement also says that investments that will take place starting next year will conserve enough water so that the folks that are suffering because of less allocation will have some water saved up to counteract that shortage. In times when there’s more water, everybody, including Mexico, now gets a surplus. 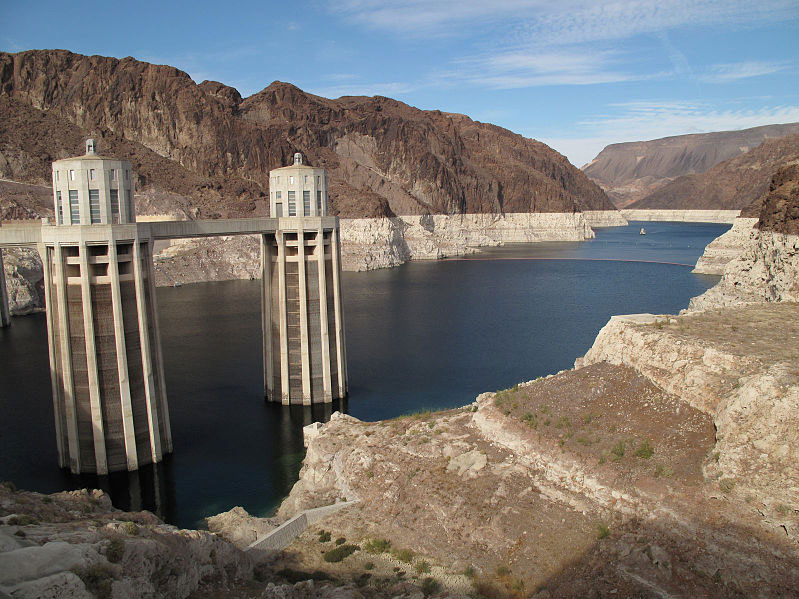 Lake Mead, as seen from the Arizona side of Hoover Dam showing the white “bathtub ring” from low water levels during drought. (Photo: wikipedia.org)

CURWOOD: Where will the surplus be held for Mexico?

DE LA PARRA: In Lake Mead. Mexico doesn’t have the topography or the geology doesn’t allow Mexico to have a storage basin in Mexican territory. So now Lake Mead will also have an additional volume of water stored there that will be labeled, ‘this is Mexican water.’

CURWOOD: How much does the new agreement focus on conservation of the Colorado River?

DE LA PARRA: You know, conservation is something that has been sort of flying under the radar of both countries. There’s obviously ways to improve water efficiencies in agricultural areas both countries, both in California and in Baja California and the Mexicali Valley, but there’s also a lot of efficiencies in conservation that can be done in cities. So, at least this new agreement, it’s a proactive approach to what’s going to happen when there’s actually a greater shortage of water, if indeed that happens. It’s now become one… a part of the mix, which is a lot to say for 21st century water management.

CURWOOD: Talk to me about the Delta of the Colorado River when it comes into the Sea of Cortez there between Baja California and the mainland of Mexico.

DE LA PARRA: The wetlands of the Colorado River are about 90 percent gone. They were desiccated over the course of a century. And this agreement is not an effort to restore this delta, more than trying to make it a viable habitat for wildlife, migratory birds, resident birds, and there are some endangered species that are suffering because of lack of habitat.

There’s also some impact, we don’t know how much, but there’s also some impact on wildlife in the marine ecosystem. So it’s actually trying to patch up something that we haven’t been doing for at least 50 years, and then starting to monitor and see what happens. The idea… the utopia of turning back the clock… is probably not in the minds of the folks that arranged for this agreement.

CURWOOD: So, science is telling us that climate change is upon us and could decrease the Colorado River’s flow by up to 20 percent over the next 40 years. How does the pact address this looming problem?

DE LA PARRA: Well, keep in mind that this agreement will only be enforced for five years.

DE LA PARRA: It’s actually a pilot period that will allow us to start examining how good we are in sharing investments for conservation and contributing jointly to the restoration of wetlands and analyzing future data that will be required, so that in the future, when those 40 years come, we’re not going to be fighting about what triggers the shortage, or how much is required so that we can have what is called an extreme drought. 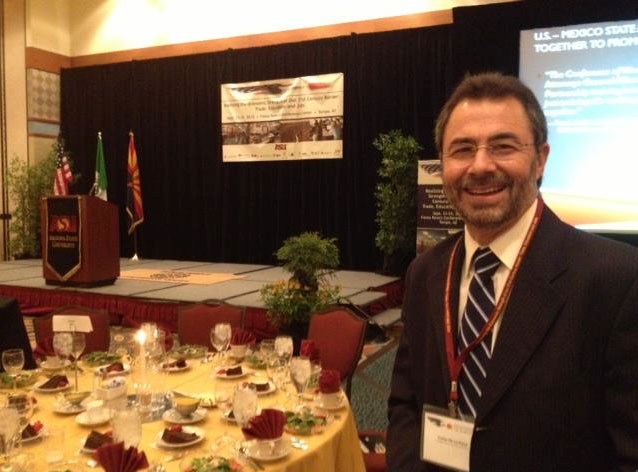 CURWOOD: In the West they say: Whiskey is for drinkin’, water is for fightin’.

DE LA PARRA: (Laughs.) I wonder what tequila is for? Maybe for celebrating that water isn’t for fighting?

CURWOOD: (Laughs.) Well, thank you so much for taking this time with me today!

DE LA PARRA: No, thank you very much for the opportunity.

Press release from the U.S. Department of Interior