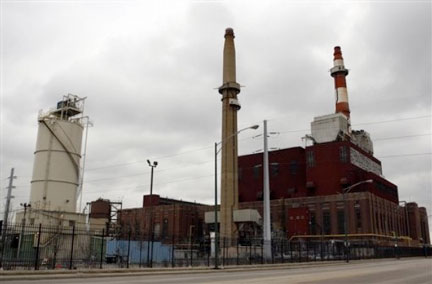 Crawford Power Plant in Chicago shut down in August 2012 after years of protests. (Photo: University of Chicago)

The National Association for the Advancement of Colored People has released a report that documents the disproportionate health impacts of coal-fired power plants on low-income communities of color. The director of the NAACP’s Climate Justice Initiative Jacqui Patterson joins host Steve Curwood to discuss environmental justice, and coal pollution.

CURWOOD: Coal-fired power plants can produce dangerous levels of air pollution, and according to a new report published by the National Association for the Advancement of Colored People, low income communities of color are disproportionately affected.

The report is based on a US study by economist Adrian Wilson at the University of Massachusetts at Amherst, and sponsored by the NAACP, Little Village Environmental Justice Organization, and the Indigenous Environmental Network. Joining us now to discuss the findings is Jacqui Patterson, director of the Climate Justice Initiative at the NAACP. Welcome to Living on Earth!

PATTERSON: Thank you - it's good to be here!

CURWOOD: For this report, you looked at all 378 coal fired power plants, the big ones, I guess, over 100 megawatts, right?

CURWOOD: And with did you find?

And part of the issue there is that the property values are lower in areas where these toxic facilities are, and in fact one recent study I read said that they’re at least 15 percent lower. So, when you’re talking about low-income communities or low-wealth communities, those are the areas that they can afford to buy into. And sometimes there is that political piece, there’s a lack of representation of the communities that are being host to the plants in the places that are making the decisions about the siting of these plants. So that is happening more often than not in communities of color. 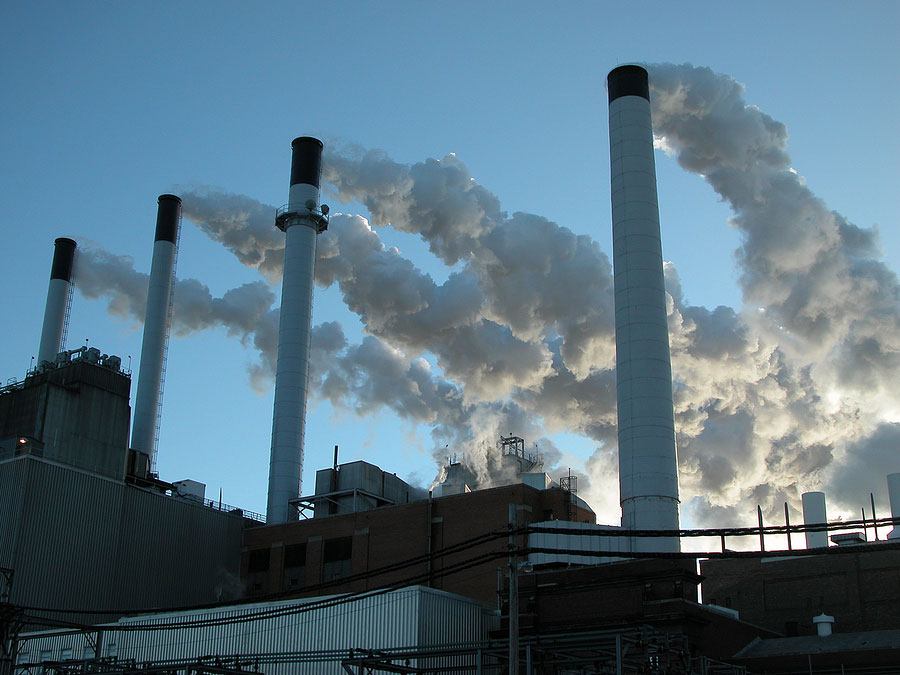 CURWOOD: Now, you went through and gave grades to each of the 378 coal fired power plants in the US. How many did you flunk?

PATTERSON: So, 75 got an F score. A little over 100 got a D or an F, we consider both of those to be failing. A large number of the failing plants were in the Midwest, particularly in Illinois, Michigan, Ohio, Indiana… some of the ones that received the worst, worst, worst, worst scores were the Fisk and Crawford plants which were fortunately, in Chicago, have been closed since we did our research, they closed this year.

CURWOOD: What are the negative health impacts felt by people living around these power plants?

PATTERSON: Some of the toxins that come from these plants such as sulfur dioxide and nitrogen oxide, are tied with various respiratory illnesses, from exacerbating asthma attacks, to actually being tied to lung cancer. Mercury has been tied to birth defects, lead has been tied to learning difficulties including attention deficit disorder and so forth.

So, we can’t really absolutely say that this plant causes this person’s asthma or that, but you can say that in areas where these plants are in, you can track higher concentration of certain types of illnesses, but that really is something that universities have to look at, and so we’re really encouraging our branches to partner with universities in their area to do that kind of analysis.

CURWOOD: How aware are people living in these communities of the health impacts of coal fired power plant pollution?

PATTERSON: So, we actually went out and started to speak with these communities to say: Ok, do you have a sense of this coal-fired power plant in your backyard and do you understand what the connections might be to any illnesses that you find…. And you… really across the board: A) people weren’t really aware of the presence of the plant… other than places like Chicago where there’s actually activism, there has been for 10 years around the plant, you might see awareness, but places like New Albany, in Indiana for example, we visited with several families.

One person knew about the plant because her father worked in the plant, she hadn’t heard at all about any particular tie to any illnesses, but she did say that her father died of cancer that they thought potentially had started in his lungs, but he had never smoked a day in his life. And another person we met with there, again, didn’t know of any potential health impacts of that plant, but he lived a mile from the plant and his wife died of lung cancer, and again, had never smoked a day in her life.

So, we found a lot of those types of stories where we would got to a community and they’d talk about how half the people in their church were on respirators or half the children in their schools had asthma, but again, never really tied it to a coal plant until we started to have some of these conversations around it. So, they’ve tied it to their quality of life… not being able to hang up their laundry because soot would cover their laundry, or not being able to wash their car because soot would be all over their car. There might be some level of awareness, but I would say more times than not there really wasn’t.

CURWOOD: How successful have been the attempts to close down some of these plants?

PATTERSON: Across the board, folks have… I mean, in the last few years, various activists around the country, have shut down, I think, I believe about 100 plants, but either shut down or slated for closure over the next couple of years. So, certainly between activist’s action at the community level, and recognition on the part of the federal government of the need to regulate pollution from these plants, so the passage or the implementation of the Mercury and Air Toxics Rule that regulates some of the very toxins we talked about earlier, they’re starting to recognize the relationships between these plants and our environment. And so, in those places, the community activism there is definitely a success in shutting them down.

PATTERSON: Climate change unfortunately disproportionately impacts certain communities. Definitely low-income communities and communities of color as well. So I think the role and the voice of communities that are so affected by this should be in the forefront in terms of talking about solutions and talking about our imperative to act on the most aggressive forms of that solution. And we really have to be a lot smarter in making sure those communities are at the table to bring that knowledge as well as to bring the passion borne out of the fact that it’s their very survival that’s at stake.

CURWOOD: Jacqui Patterson is Director of the Climate Justice Initiative at the National Association for the Advancement of Colored People. Thank you for joining us today!

PATTERSON: Thank you, it was a pleasure.