Why We Have Winter

Judith Black, an award-winning story teller for more than twenty years, relates the ancient Greek myth of the goddess Demeter and her daughter Persephone (per-SEFF-uh-nee), and how their tale explains the persistence of winter.

The winter solstice is, of course, the shortest day of the year, coming around the time in December that the poet John Donne calls "the year's midnight.” Here in the northern hemisphere, as Donne puts it, "the sun is spent”, creeping above the horizon for barely 9 hours. Latin gives us the word 'solstice'. Roman astronomers noticed that as the sun - sol - climbs to its highest point in the sky, it seems to stand still or stop - sistere. And though it can be bitter and cold as well as dark - this also a time to celebrate. Now the days start to get longer and the good old reliable Earth is back on its way to giving much of the Northern hemisphere more than 15 hours of daylight by the end of June.

So, you probably remember that the reason our days change length is because the Earth tilts at an angle to the sun. The planet leans slightly on its axis like a spinning top frozen in an off-kilter position. So as the Earth orbits the sun, the northern hemisphere goes from inclining towards our star at the summer solstice to inclining away from it at the winter solstice. And the Earth also wobbles a bit on its axis, so over millennia the dates of the seasons actually switch.Right now, the axis is pointing at the North Star, Polaris, but in another 10,000 years or so, it will be pointing at Vega, the brightest star in the constellation Lyra, the musical lyre. Then winter for the Northern hemisphere will begin in June rather than December. But not to worry. Winter will be back to December, 10,000 years after that.

Of course the ancients had their ways of explaining Winter, and we’ll hear some of them today. We start with storytellers Judith Black, and Guy Peartree and musicians Stan Strickland and Syd Smart. They all appear in this encore presentation of a program recorded live at WGBH, Boston, a number of years ago, that dipped into the folk and animal lore around the change of the season. So throw another log on the fire, sit back and enjoy.

CURWOOD: Our theme today is the coming of the solstice, the turning of the year through its shortest day, winter time, and living through it. What better way to begin than the classic Greek myth of winter, Persephone and Demeter? Judith Black is a storyteller with 20 winters of experience weaving stories for adults and children. She teaches and performs all over the country and has a long list of awards to her name. Welcome, Judith Black.

BLACK: Demeter. The Goddess of all that grew. Had hair as thick and dark as the earth. Eyes like pools of water. Skin as soft as the silk that grew at the top of the corn. And when Zeus, the Lord of all, saw her, hutcha hutcha hutcha! And to put it biblically -- he knew her. And the fruit of their union was Persephone, the apple of her mother's eye. For as Demeter's hair was like the earth, Persephone's was as black as the night. And if Demeter's skin was as soft as the top of the corn, Persephone's was as soft as a windless day. And if her mother's eyes were like pools of water, Persephone's were like coals that grew for thousands of years in that earth, and how the mother loved the daughter and she never allowed her out of her sight. And as Persephone grew, her beauty lighted the afternoon and -- chh! -- broke through the crust of the Earth. So that Hades, the lord of the dead, one day perceived that light. 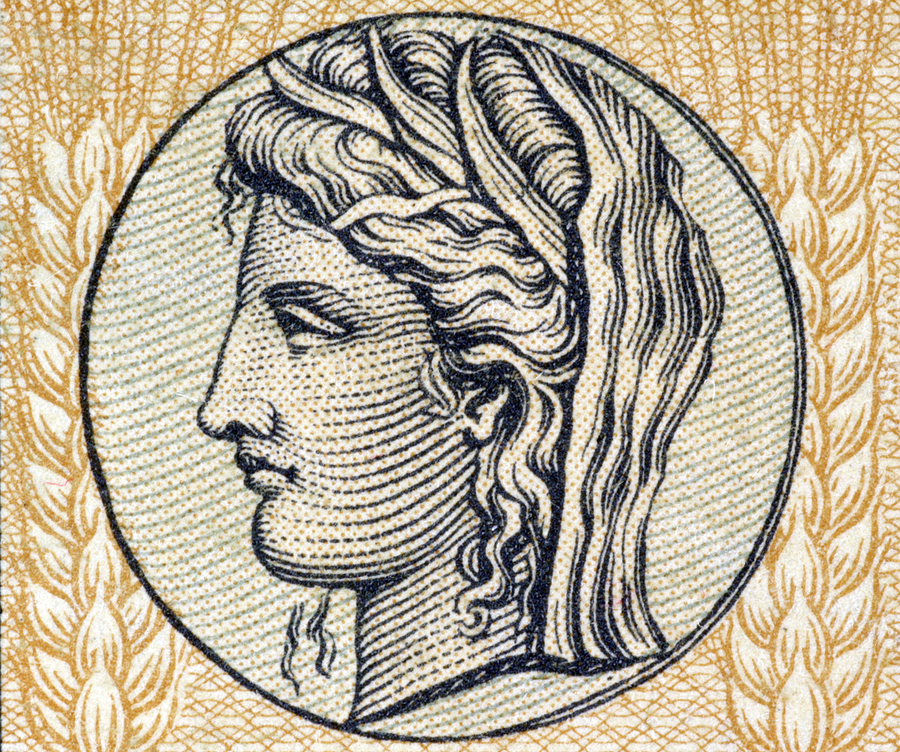 Demeter, the goddess of the harvest. (Bigstockphoto.com)

"Oh. Oh! If if if -- if she can bring light here, imagine what she's like in the flesh! This one I gotta have."

But when Hades looked carefully, he saw that the mother never took her eyes off the daughter. And so he waited and waited for his moment.

And when Demeter turned, Hades saw his chance. And he got into his chariot with 6 coal-black steeds, flame rushing from their nostrils they cracked through the surface of the Earth and it opened. He came, he grabbed Persephone in his hairy arms, and back through that crust which -- chhhhh! -- closed over them. So that a moment later, when the mother turned around to look for her: "Persephone? Persephone! Sun, where is she?"
"I was looking the other way."
"Wind? Where is my daughter?"
"I was blowing towards the north."
"Earth!"
"I was looking towards you, Demeter."
"Persephone."

And meanwhile, beneath the crust of the Earth in the world of the dead:

"You will bring light to my world. You, you, this shall be your kingdom, Persephone."
"My kingdom, are you kidding? You call this a color pattern? Black, white, black, white, a few grays? I wanna go back to my mother!"
"You will be queen of this kingdom. Here! Have a pomegranate."
"Are you kidding? You call that brunch?"
Now I don't know if she knew or if it was just instinct, but if you eat of the fruit of the dead, you become as the dead. 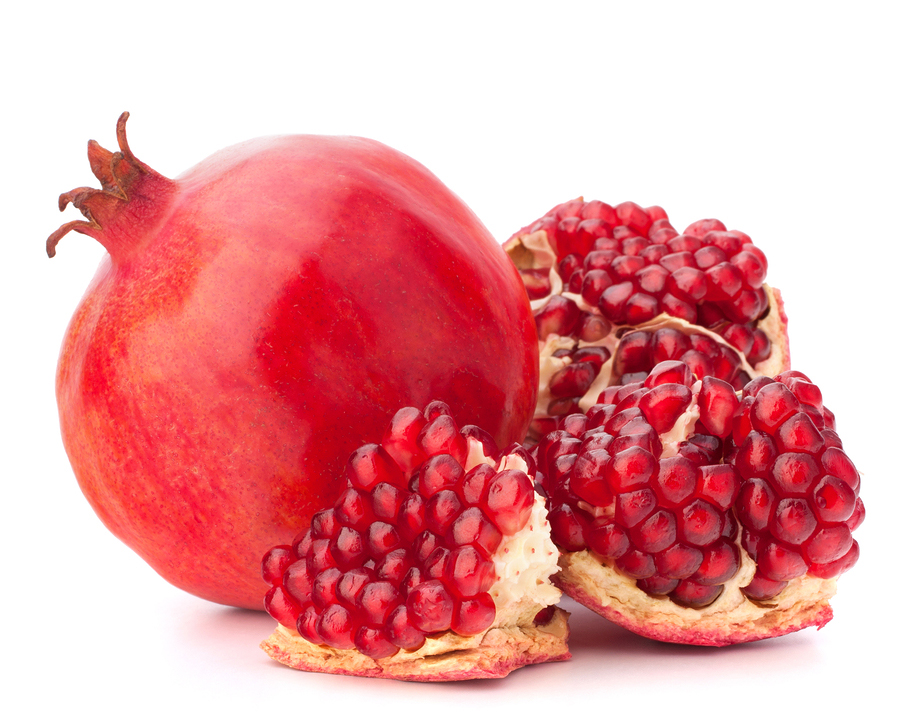 "I'm not eatin' a thing."
And she stayed beneath that earth. But Demeter, the mother, began to search for her daughter.
"Persephone!"
And she had no heart to call the sun to warm the earth. And she had no desire to sing out the warmth. And her feet felt too heavy to do the dance of the fall rain. And the earth grew dry and cold, and it gave no nourishment. And the human beings began to die and they called out to the lord of all, Zeus. "Give the mother back her daughter!"
"Oh, come on, now, you know, Hades is just a boy. Boys will be boys, let him have Perse -- "
"We will all die! Give the mother back her daughter!"
"Now, now -- "
"Zeus! What is the Lord of all without those to worship him? Just a statue."
"Uh, well, since you put it that way. Hmm -- Hades! Hades!"
"Yes? Zeus?"
"Hades, you must return the girl to her mother."
"I don't wanna."
"You must."
"Oh come on, who do you think you are, my big brother?"
"Yes."
"Oh, you always pull rank on me this way."
"Return her!"
"If I must. "
"And thank goodness, I couldn't have stayed here another minute."
"Well, you must be hungry."
And in this moment of joy, Hades offered Persephone a pomegranate. And without thinking, the girl grabbed it and took a bite. And after she'd swallowed the meat from around the seeds -- ppt! ppt! ppt! ppt! -- 4 came from her mouth into the palm of Hades.
"Four. Four! That means you will come back to me for 4 months out of every year."
"Oh, darn!"
"Now, let us go back to your mother!"
And he grabbed her, put her in the chariot. They cracked through the crust of the earth. He set her down, and went back beneath that place. And with the girl on one side of the globe and the mother on her other, they called to each other.
"Persephone."
"Mother, Demeter!"
"Persephone!"
"Demeter!"
And as they ran across the face of the Earth, in their wake the planet warmed and grew fertile and sun came out in the sky and rains came from the heavens. Until they embraced.
"My daughter."
"Mother!"

And summer came to our planet again. But every year, for those 4 months when Persephone must return to the world of the dead, her mother still wanders. And that's when cold covers this place like a blanket of death. 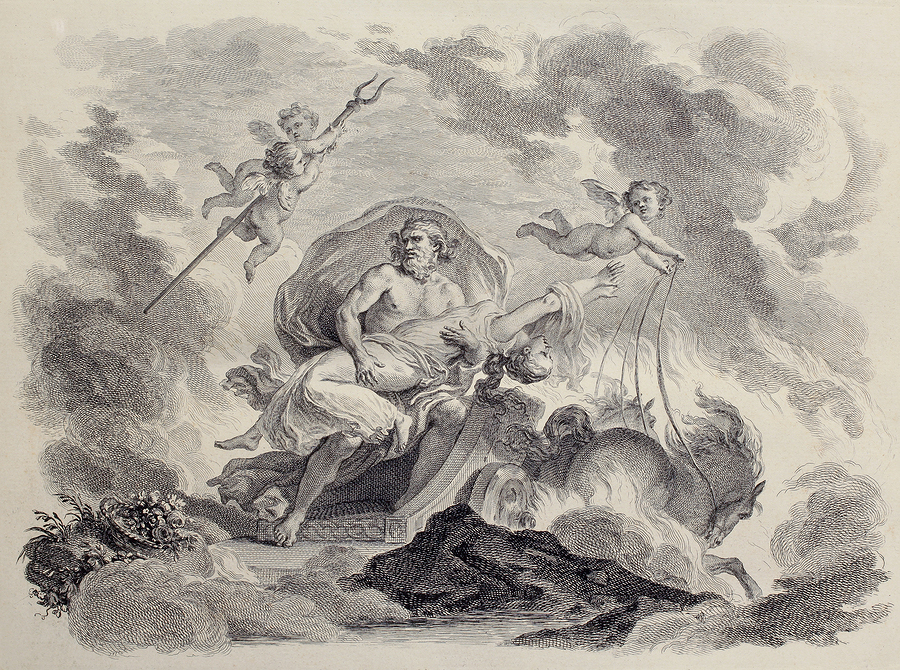 [MUSIC. All Music (unless otherwise indicated) was performed Live by Stan Strickland and Syd Smart and was recorded Live at WGBH Boston by Jim Donahue.]

CURWOOD: That was Judith Black from Marblehead, Massachusetts, with the tale of Persephone and Demeter. Thanks for your storytelling, Judith. 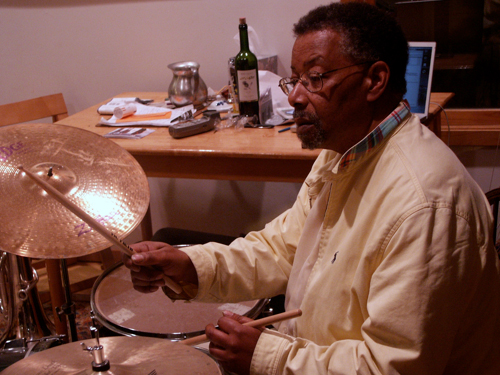