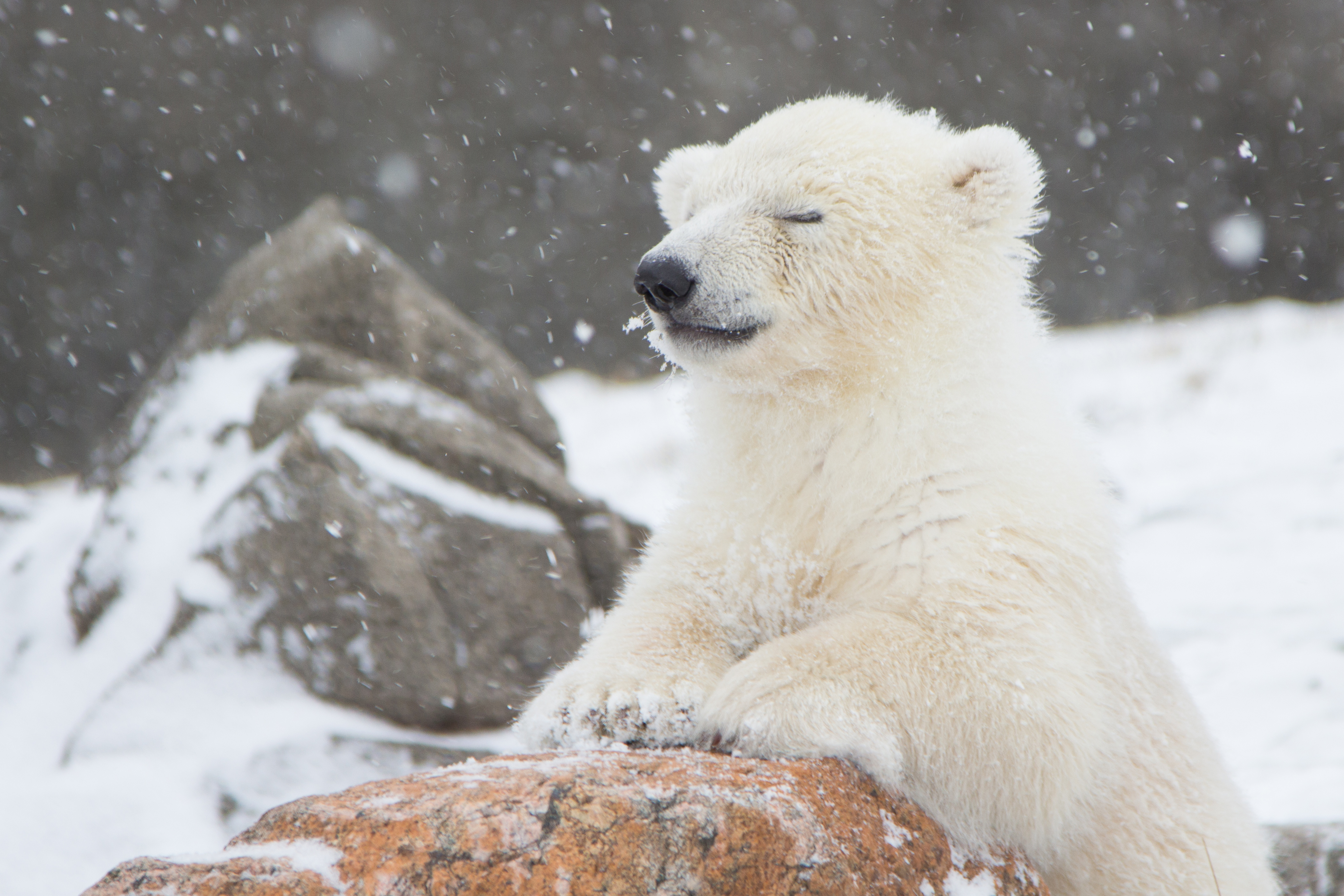 Climate Change is making life difficult for polar bears across the world. But an orphaned polar bear cub from Alaska is about to get a new home and a new sibling at the Buffalo Zoo in upstate New York. The President of the Buffalo Zoo, Donna Fernandes, tells host Steve Curwood all about the cuddly cubs.

CURWOOD: It's Living On Earth, I'm Steve Curwood. Let's face it - baby polar bears are among the world's most adorable animals. So white and soft and cuddly. Of course, they don't stay like that, but Buffalo Zoo is about to have cute in duplicate.

The one lovable bundle of fuzz that they've been bottle-feeding has proved an irresistible draw since she went on show - and soon they'll have a second cub. Donna Fernandes is President of the Buffalo Zoo. Welcome to Living on Earth, Donna.

CURWOOD: So you're raising one cub - and you're about to have two. How come? 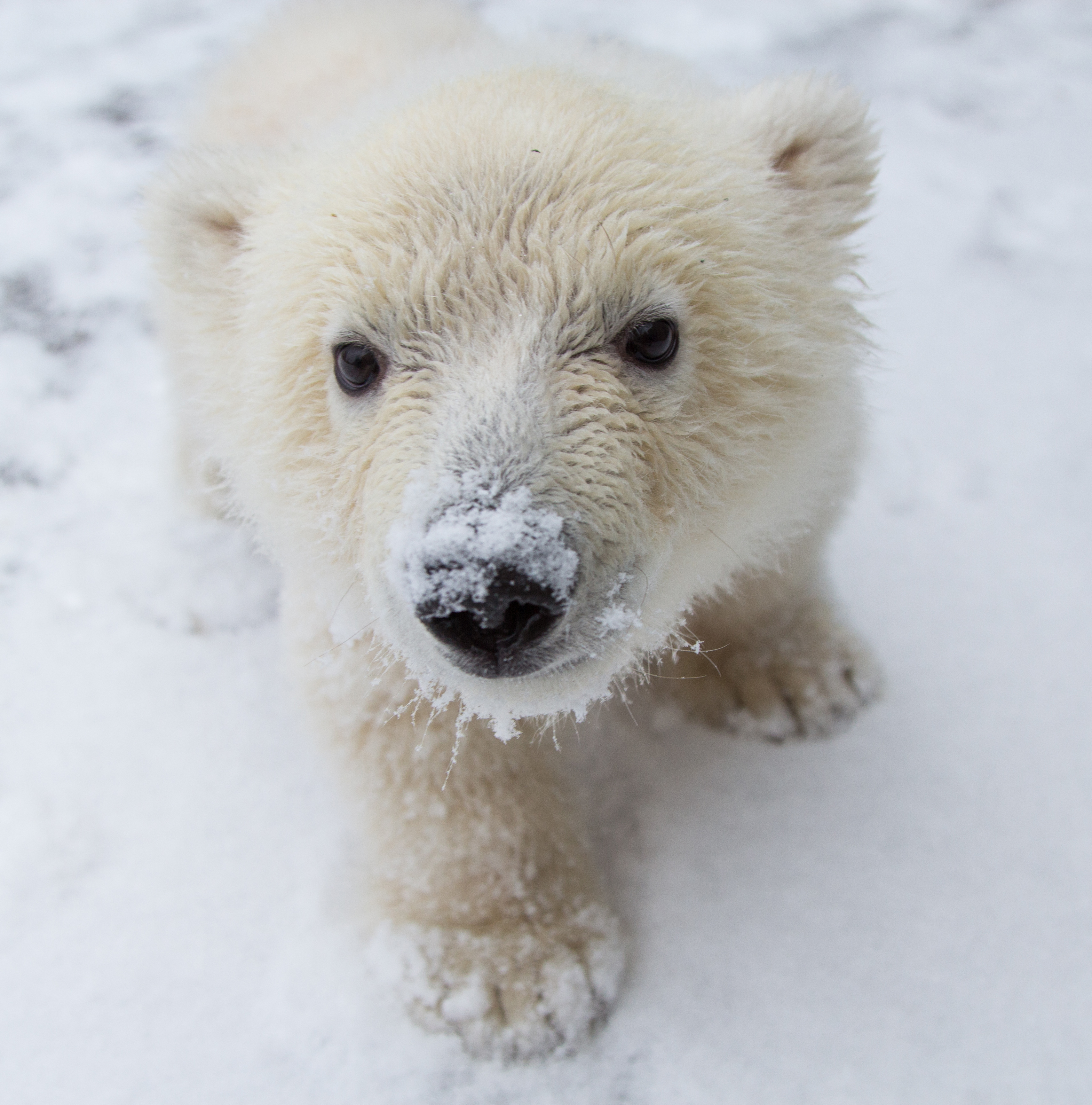 FERNANDES: Well, we are hand-rearing our female cub - nicknamed Luna because she was born on a full moon - because her mother was showing some inappropriate maternal behaviors and we didn't want to risk something happening to the cub. First time mothers often don't know what to do. Something plops out of you and “oh my God, what’s that, what am I supposed to do?” That happens in wild populations as well as captive populations. 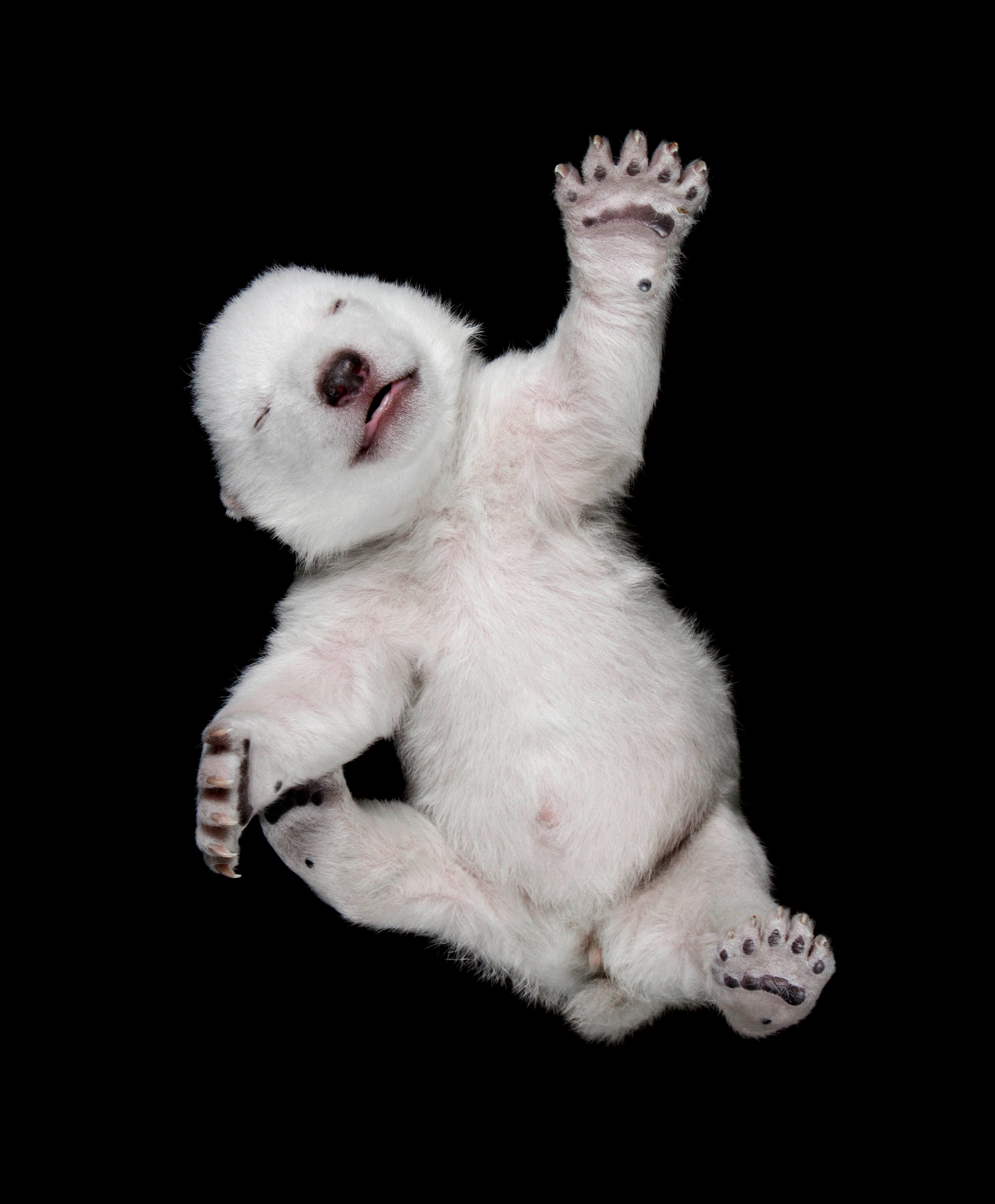 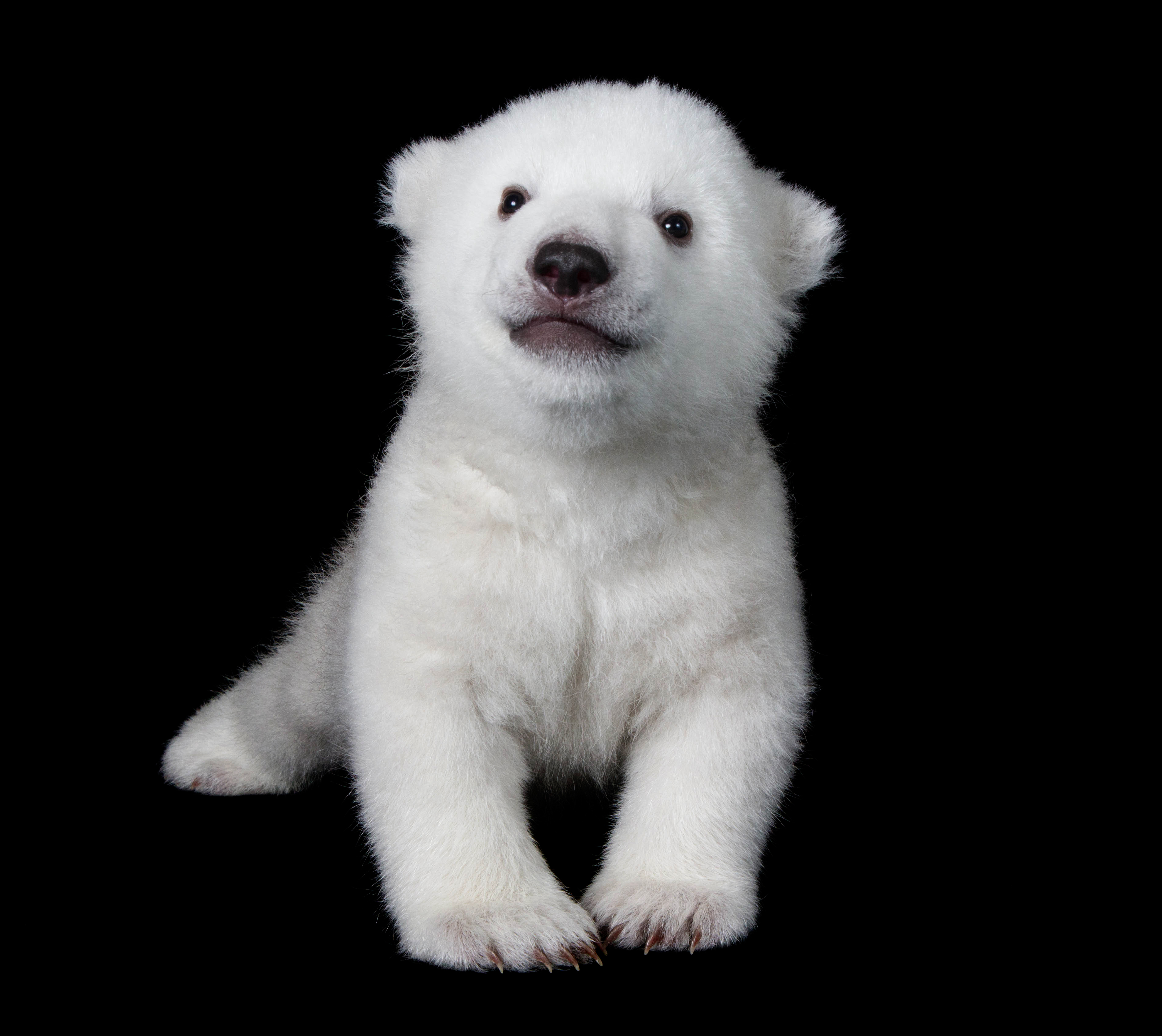 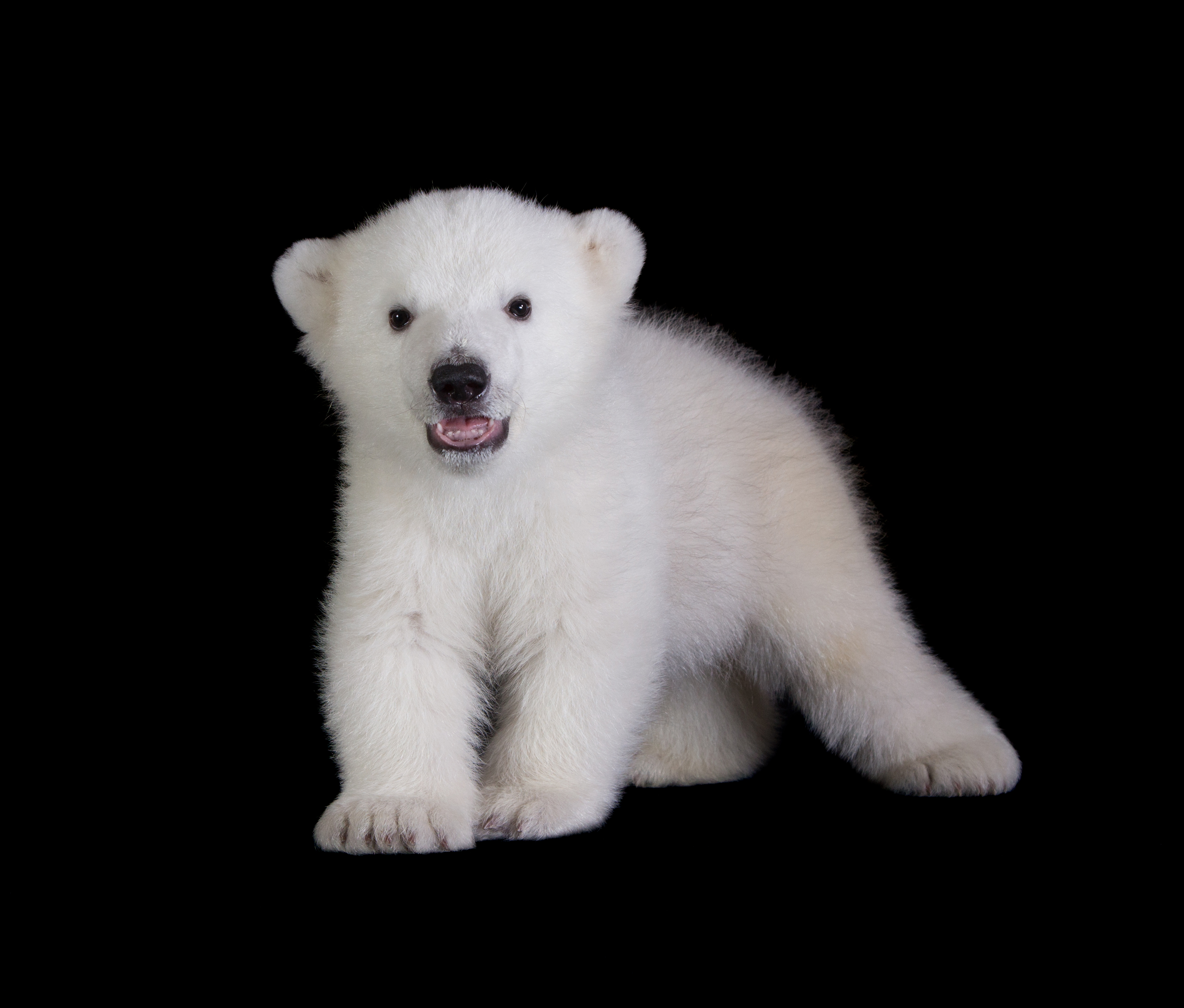 In our situation we had cameras in the dens where the mother was and we were watching her constantly after she gave birth to see how she was treating the cub. She began to pace and hold it just by one paw, holding it incorrectly by its head and we just got really nervous about what we where witnessing. So we’ve been hand-rearing her for four months. We just got word that there's an orphan cub from Alaska that is similar age. He will be at the Alaska zoo for 30 days. And they have to basically watch him, and then depending on his development they’ll send him to Buffalo to join our female so they can sort of have playmates.

CURWOOD: And so what's his name?

FERNANDES: His name is Kali, spelled K-A-L-I, which is the name of the Inuit word for the city in Alaska where he was found.

CURWOOD: And what happened to his mom?

CURWOOD: So of all the zoos in North America who could've taken this orphan polar bear cub, why is he coming to Buffalo?

FERNANDES: It's exclusively because we have a similar aged cub. So he's just here for a number of months to socialize with our cub, but eventually he’ll be sent to one of the brand new facilities. So it’s really the importance of the peer-raising at this point for him.

CURWOOD: So now you’re going to be hand-rearing these two polar bear cubs. What do you have to have for a polar bear nursery school? 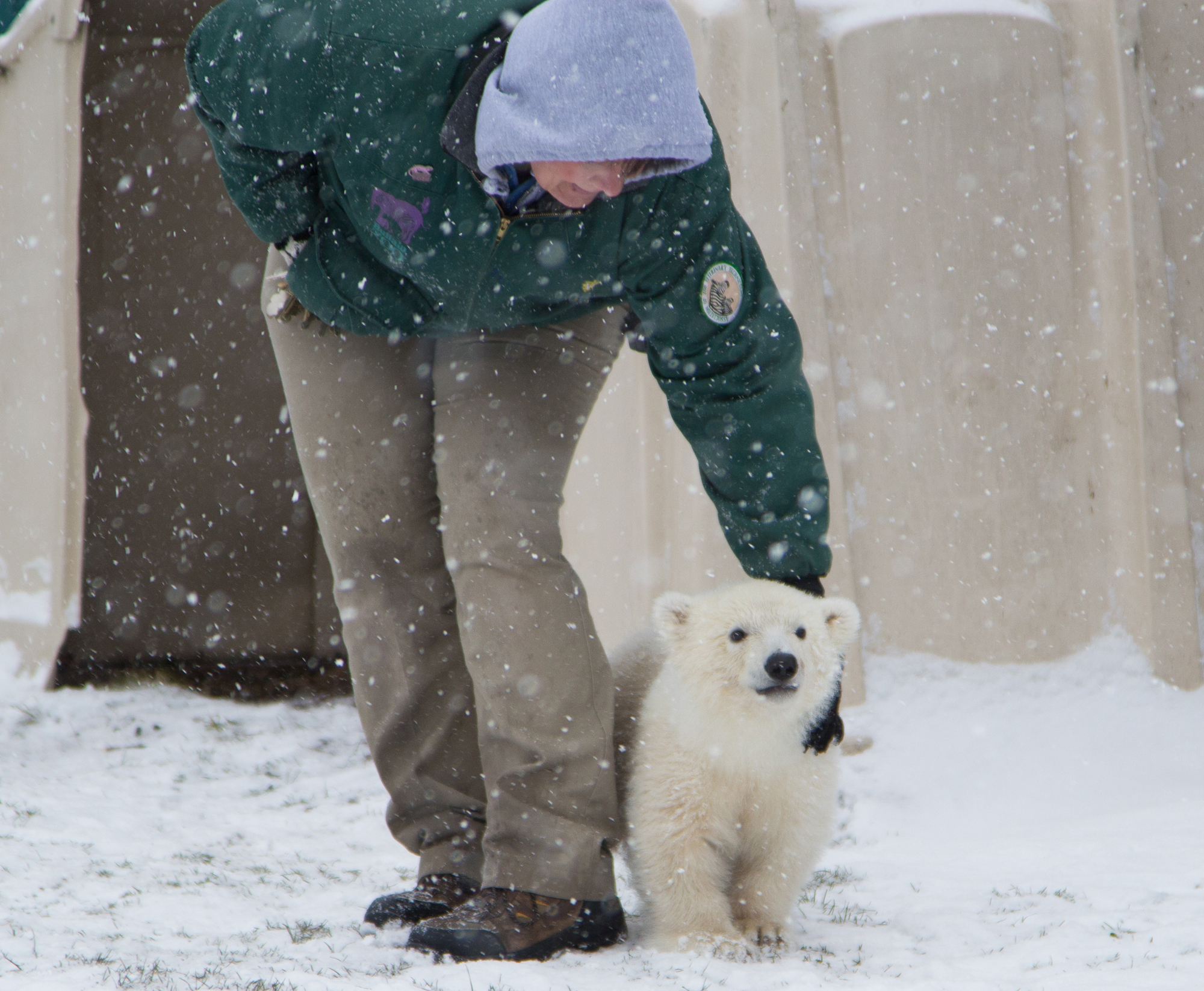 FERNANDES: Mostly we have to teach them to swim and so we're exposing them to pools, negotiating different terrains. Initially, it's basically feeding them every hour and a half from a milk supplement and keeping the baby warm until they're able to thermo-regulate on their own. One of the big problems is, you don't want them to become too imprinted on humans, so having each other or peer-raising them will help so that they definitely learn bear-like behaviors. Because as they grow, they become obviously much more dangerous.

Luna, our cub’s claws have come in, her teeth are in so we do want to get her exercised and things, but having her chase around someone in an exhibit to get exercise now is a risk for that individual keeper, so the sooner we can get two similar aged playmates together they can do rough and tumble play, which is important for their development.

We also have to expose them to swimming. The pools we have picked out have areas that we can change the depth of the water, because ordinarily the female would supervise the swimming of her cubs and if they got into trouble she could retrieve them. But without having a mother in with them we have to make sure that they're in a safe pool situation at all times as they learn to negotiate different depths of water. So it’s just transitioning them to be more and more active in a more complex environment.

CURWOOD: So at some point obviously it's really not okay for a human to be in the same enclosure as a polar bear. At what point does that come, and how sad are you that you can't scratch them behind the ear and everything? 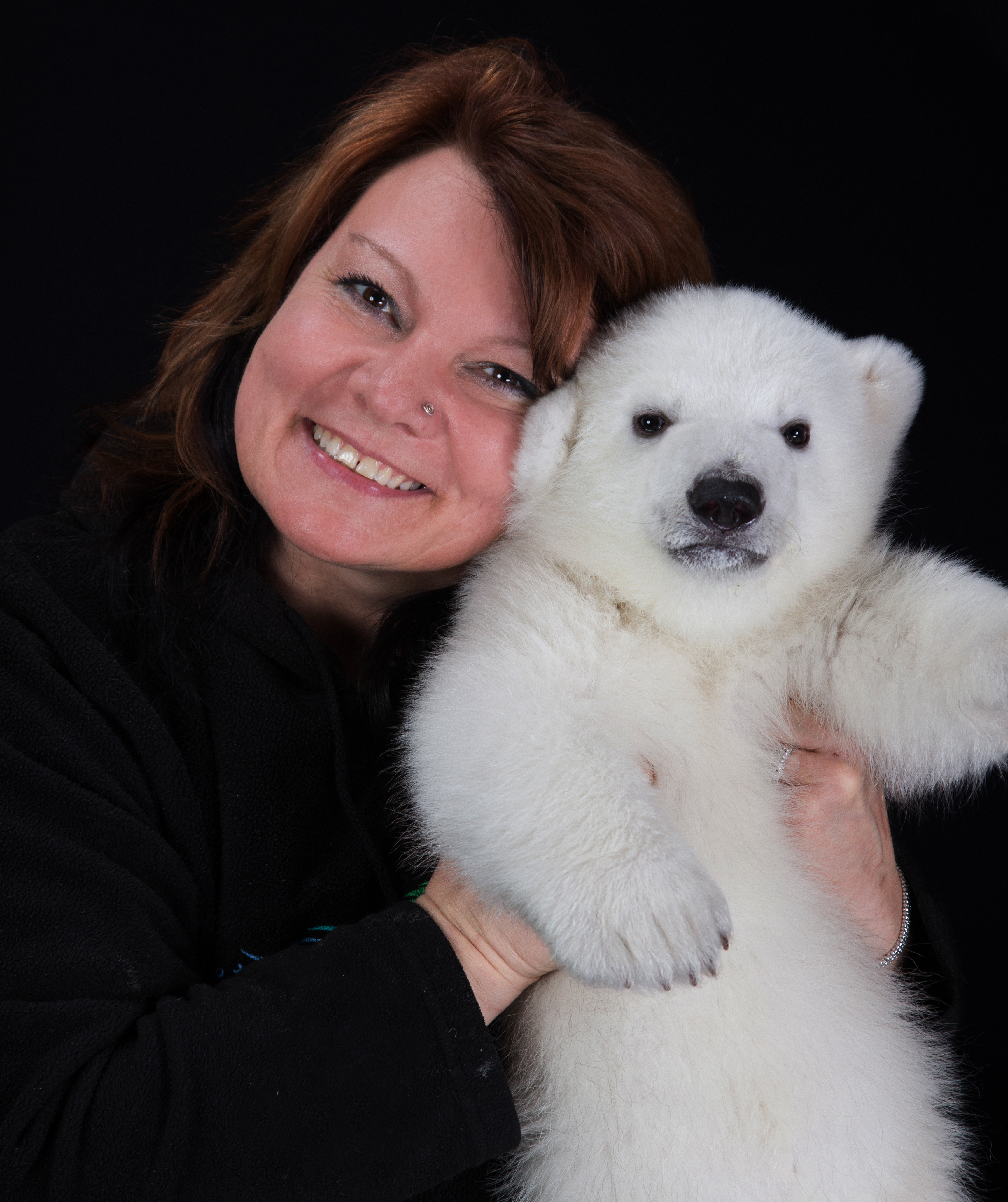 FERNANDES: Well, it happens sooner than you might think. She's four months now and she does, you know...if she bites you it's not like a little gentle play bite. It can really hurt. We are now moving to a practice of not spending time in with her, especially now that we can transition her into a full meat diet. So yes, I’m sure by six months but probably sooner than that we would have no one going in with her. By the time she six months, she supposed to weigh 60 to 70 pounds. So that's a pretty big animal, but mostly it's the claws and teeth that pose the risk.

FERNANDES: Eventually, yes, though Ananda, her mother, was sort of a petite female, so she may be a smaller bear, but she looks like her dad who was huge. So we think if she inherits her father’s size as well as good looks that she should be a big bear too.

CURWOOD: And then the boy polar bears, when they’ve grown up, they’re 1,200 pounds. They’re big.

FERNANDES: Right. Right. He weighs about half of what our cub weighs, so he's much smaller this point. I don't know if he's just a couple weeks younger or whether it really is reflective of the condition of his mother in the wild that may not have had the same level of energy resources to support him. And so he’s got a little catching up to do. But because the males are generally bigger, I'm sure he'll be putting on weight at the zoo in Alaska as well as when he gets here. He’ll making up the difference pretty quickly.

CURWOOD: How much do you think climate change is contributing to the increase in orphan polar bear cubs?

FERNANDES: It's the major factor right now. In Canada last year they ended up dispatching or terminating a number of polar bears that are just coming in, starving, or were near death. With global warming, if the sea ice melts earlier in the spring and forms later in the fall, it really reduces the total time that bears can hunt successfully, and so that will compromise female health. So whereas they always used to have twins, there's more singletons; higher mortality rates of cubs as well as much higher mortality rates of adults now.

CURWOOD: But I suppose, somewhat sadly, with what's going on with polar bears, you expect there will be more orphans all set for you to adopt.

FERNANDES: Yes, unfortunately that will be true, and we are designing so that we can accommodate future orphan cubs.

CURWOOD: So how much, Donna, do you think that seeing polar bears in captivity helps people understand the precarious situation that they’re in?

FERNANDES: We’re hoping it will be inspiring to them. I mean, she’s just so cute, the one we have, that everyone has just fallen in love with her. And if you just think imagine being the Canadian Fish and Wildlife [Service], or the US Fish and Wildlife [Service] and being forced to shoot these things because the sea ice is melting and there’s so many orphans out there.

So our exhibit experience ends with this messaging about things you can do at home. You know, simple changes in lifestyle - if we all made them - would totally reduce our carbon footprint significantly. So if it’s just using low energy appliances and compact fluorescent bulbs and commuting to work in a carpool or walking or biking or using other green technologies for energy - washing your clothes in cold water - a lot of simple things if everyone did it would make a huge difference.

CURWOOD: Donna Fernandes is the President of the Buffalo Zoo in New York State. Thank you so much, Donna.

CURWOOD: And if you can stand the cuteness, there are some pictures of Luna at our website, LOE.org.