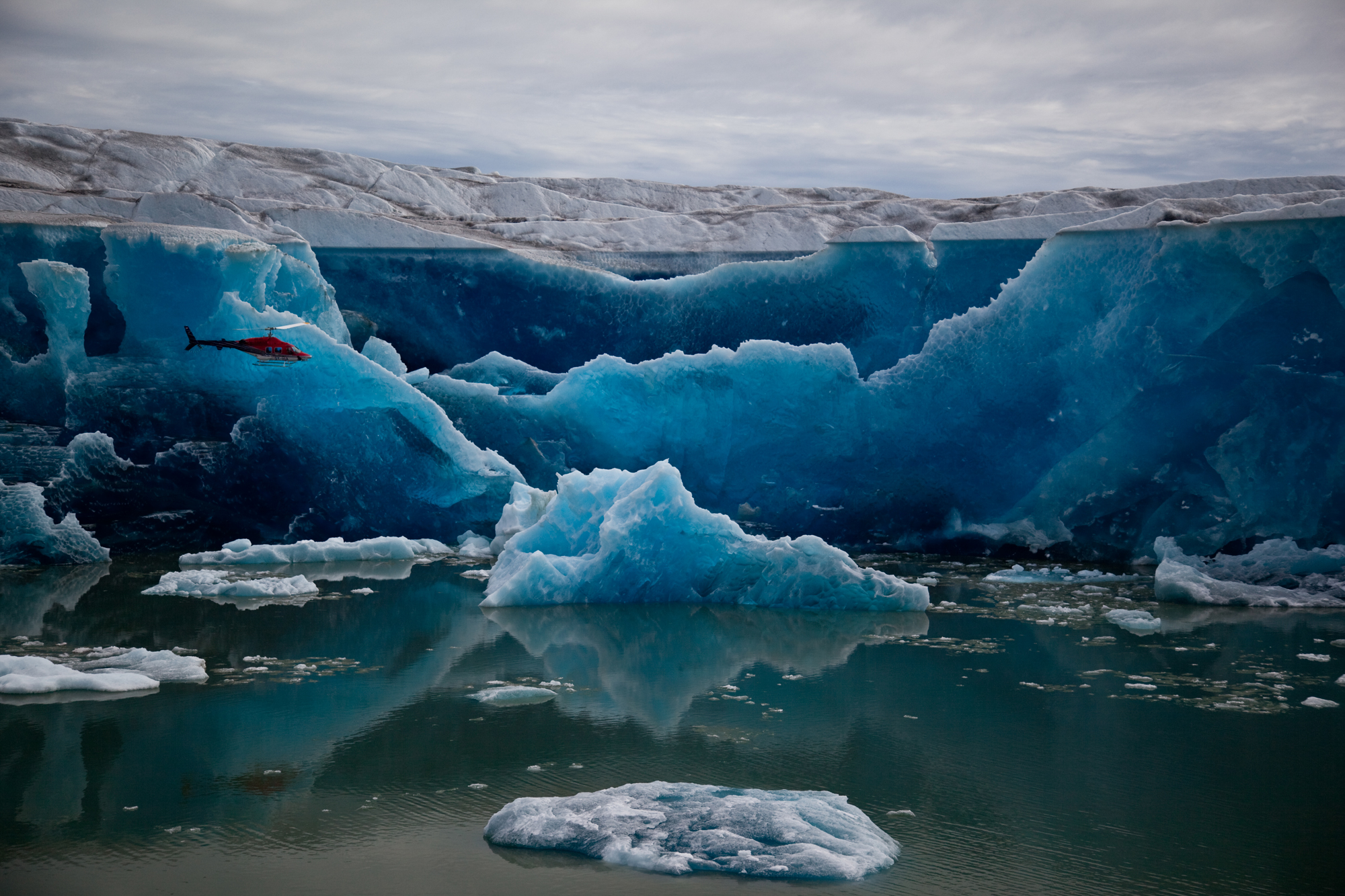 New research from Germany's climate research center, the Potsdam Institute, finds that for every degree Celsius the temperature increases, sea levels will rise about 7 feet. Anders Levermann, lead researcher on the study, tells host Steve Curwood this dramatic sea level rise will take place over the next 2,000 years.

CURWOOD: It’s Living on Earth. I’m Steve Curwood. The UN's Intergovernmental Panel on Climate Change - the IPCC - is near to completing its fifth assessment on the potential environmental and socio-economic effects of global climate disruption. But in the meantime, there's a new study just published in the Proceedings of the National Academy of Sciences, led by a team from the Potsdam Institute for Climate Impact Research in Germany. This new research quantifies exactly how much sea level will rise due to global warming over the very long term. Anders Levermann is the lead author of the report and he joins me now. Welcome to Living on Earth.

CURWOOD: So, how much sea level rise are we looking at as a result of climate change?

LEVERMANN: On the long term, and we’re really talking about millennia here, two thousand years is what we looked at. We expect sea level rise of two meters of each degree of global warming that we cause, for example, by the emission of carbon dioxide and methane.

CURWOOD: That’s on the order for us Americans of about 7.5 feet. 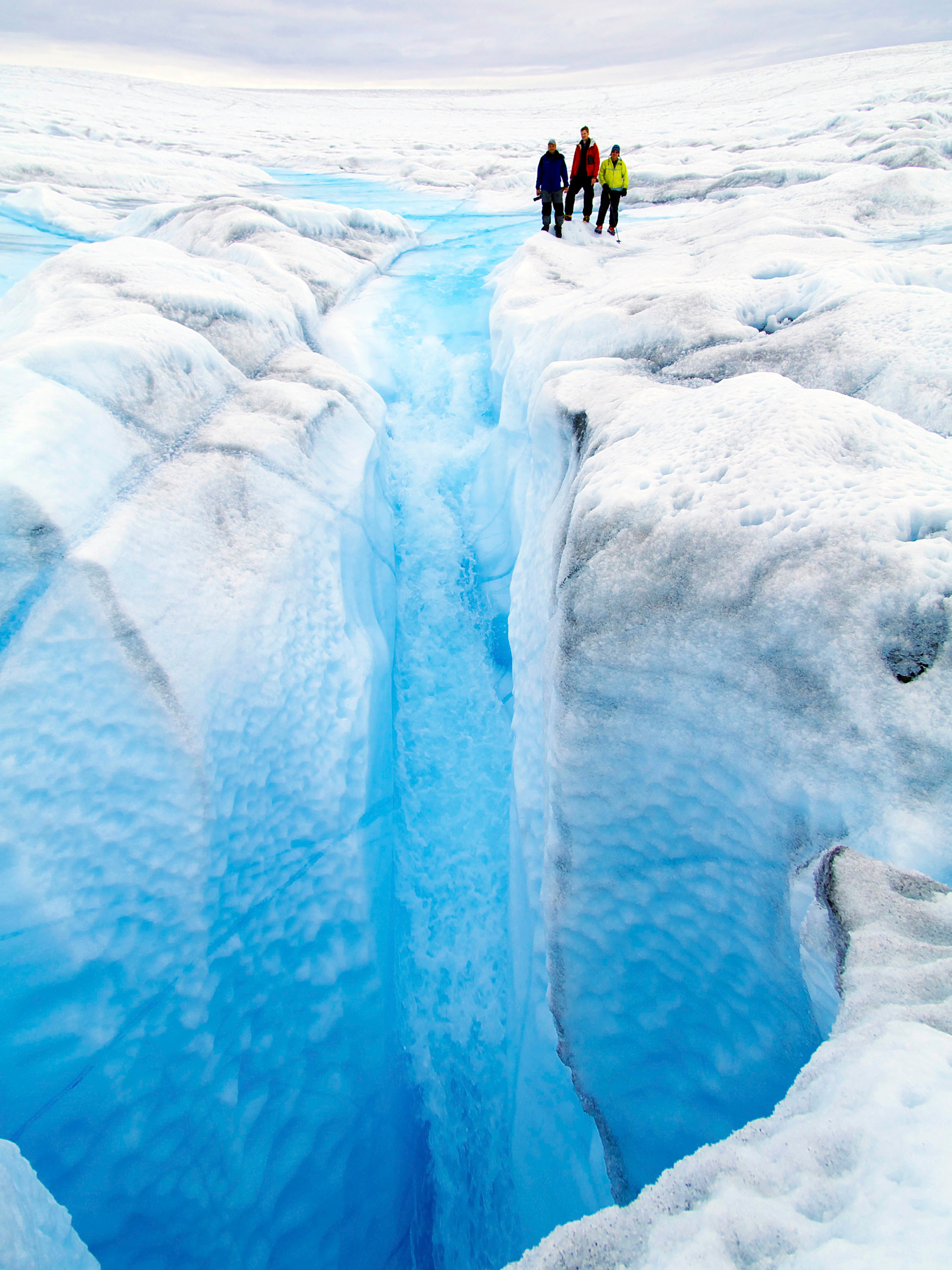 CURWOOD: But if we’re looking at, say, a two degrees centigrade rise as in temperature over the next 100 years, that would mean on the order of 15 feet of sea level rise.

CURWOOD: What are exactly the factors causing the sea to rise?

LEVERMANN: There are four main contributors to sea level rise. One is obviously the thermal expansion of the oceans. Warm water simply takes more room, and that’s why the ocean is rising when it’s warming. And the others are all glacial in the sense that ice is melting or getting into the sea in from icebergs. And there’s mountain glaciers, which are shrinking at the moment but have half a meter of sea level equivalent stored in them only. And then there are the big ice sheets on Greenland and Antarctica, and these have huge amounts of ice, equivalent to about 60 meters of global sea level rise.

CURWOOD: Do your projects show the rise in sea level equally distributed around the world’s oceans? Or do you expect to see more of a sea level rise in some places than others?

LEVERMANN: If you take into account the ice loss from Greenland and Antarctica, both have the effect the tropics are going to rise over proportionally; they’re going to get higher than the global mean while the higher latitudes are going to be slightly less elevated.

CURWOOD: And why is that? Temperature?

LEVERMANN: No. It’s actually because of the dragging force of the ice masses, which are vanishing. The ice is pulling the water towards itself. On Greenland, for example, but also on Antarctica. Similar as the moon is pulling the water on Earth towards itself and therefore cause the tides, right? In a similar fashion, Greenland is pulling the ocean towards the Greenland ice sheet. When you reduce the Greenland ice sheet, you reduce the drag, this pulling, and therefore, sea level is dropping in the vicinity of Greenland, but because there’s more water altogether - it has to rise somewhere else even stronger and this is generally in the tropics. 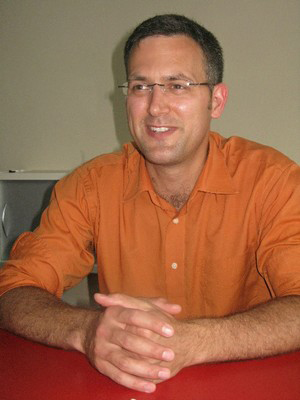 Anders Levermann is a professor at the Physics Institute of Potsdam University. (Potsdam Institute for Climate Impact Research)

CURWOOD: Now, another expected effect of climate change includes more large storms like hurricanes. I would think even a small rise in sea level could be significant when you’re talking about a major hurricane or a tropical cyclone.

LEVERMANN: Yes, yes. We know this actually already. This has been computed for the tropical storm Nargis that entered Myanmar, former Burma, in 2006, where people calculated that it went much further inland because of the additional 0.2 meters of sea level rise that we have seen in the last century. Now other studies show that if you elevate sea level around Manhattan by a meter, then the storm surge that you now expect every 100 years to occur would then occur every three to four years. So you can see that there’s a strong non-linear behavior here, so you get much more floodings than for even a small amount of additional sea level.

CURWOOD: 2,000 years seems like a long time, but it’s about as old as, let’s say, Christianity or even less time than other civilizations and religious traditions. Presumably, hopefully, humans are still around at that point.

CURWOOD: What’s the advice you have for us going forward as a civilization?

LEVERMANN: At the moment, I’m looking at a map of the UN cultural heritage sites on the planet, and you see a lot of them are built at the coastline. These world heritage sites are very often much older than 100 years. They are several hundred years old, and sometimes even in the thousands. So if you want to preserve the cultural heritage of society then you’ll want to mitigate climate change to a level where it doesn’t threaten our coastlines. Certain societies, like the small island states in the Pacific, but also countries like the Netherlands, will have to abandon certain regions or elevate them to higher levels. And otherwise, we’ll just have to try to build higher dikes and hope for the best.

CURWOOD: Anders Levermann is the lead author of the report issued in the Proceedings of the National Academy of Sciences. He works at the Potsdam Institute in Germany. Thank you so much, sir.