A Great Change For a Great Lake 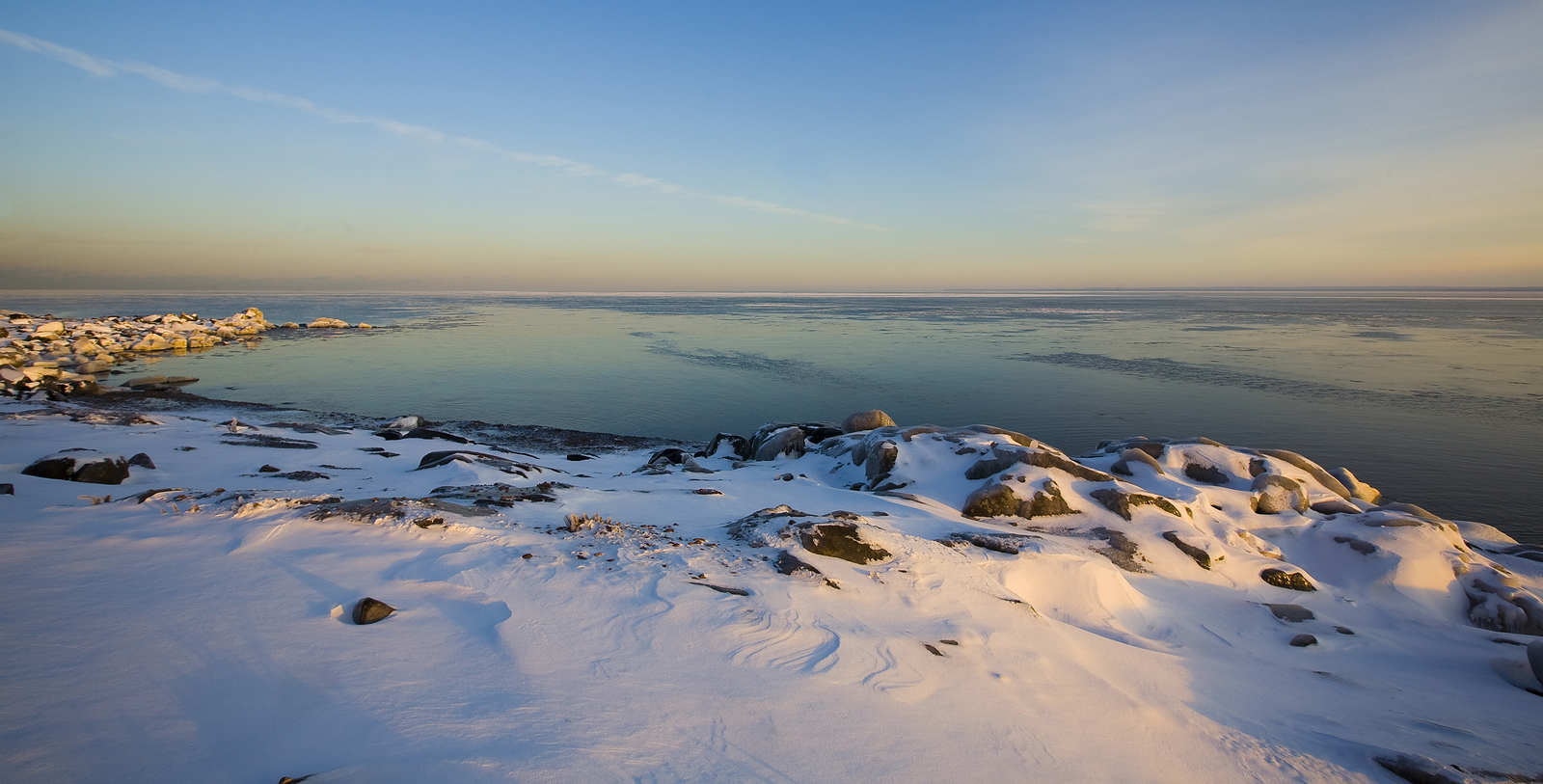 Lake Superior used to freeze shore-to-shore in many winters. In the last 30 years the ice cover has reduced by 50 to 80 percent. (Bigstockphoto.com)

In the last 30 years Lake Superior, one of the largest deepest and coldest fresh water lakes in the world, has warmed nearly six degrees Fahrenheit. The increased temperature is a boon to some fish species, such as the highly prized walleye, but warmer water also boosts numbers of invasive species like the sea lamprey. Host Steve Curwood hears more from Jim Kitchell from the University of Wisconsin.

[INSTRUMENTAL FROM “THE WRECK OF THE EDMUND FITZGERALD”]

CURWOOD: The song "the Wreck of the Edmund Fitzgerald" tells the tale of a cargo ship that met bad weather on the biggest of the Great Lakes - Lake Superior. The boat capsized and killed all 29 of the crew on board.

[LYRICS: The legend lives on from the Chippewa on down
Of the big lake they call Gitche Gumee
The lake, it is said, never gives up her dead
When the skies of November turn gloomy...]

CURWOOD: “Gitche Gumee” is the Ojibwe tribal name for what we call Lake Superior. It means "big water" - a perfect name for what is, by surface area, the largest fresh water lake in the world. It’s also the deepest and coldest of the Great Lakes, but James Kitchell, an emeritus professor at the University of Wisconsin in Madison, says that’s changing. 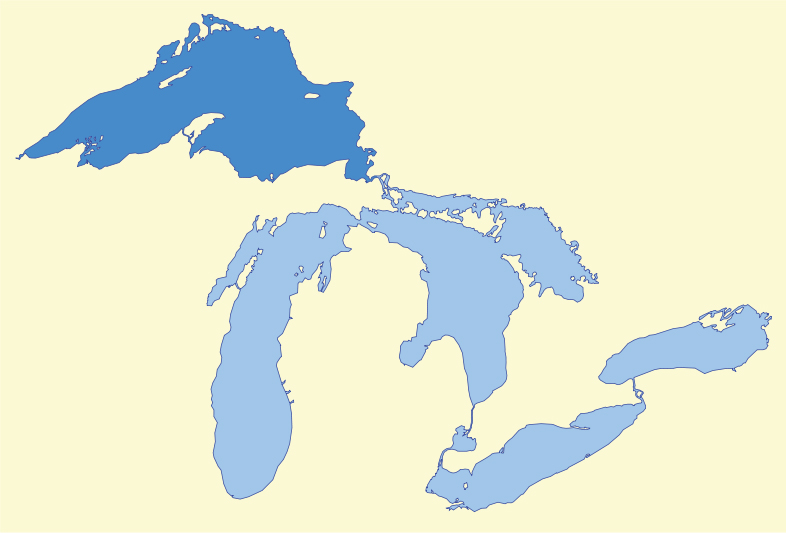 CURWOOD: So wait a second. It’s counterintuitive if the largest of the Great Lakes, Lake Superior, and the coldest, is actually warming more quickly than the smaller lakes in the region. Why is that?

KITCHELL: It’s because of the substantial surface area of Lake Superior which absorbs solar radiation, and yes, it is counterintuitive to say, “my goodness, what has been known as very cold lake is actually getting warmer.” So it is due primarily to this reduction in ice cover, and what’s called an ice albedo effect. Now when there’s ice on the lakes, a lot of that solar energy is reflected back into the atmosphere, but in the most recent three decades, the duration of ice on the lake has reduced by as much as 50 percent or more, and the result is that more solar radiation enters and stays in the water column, and the lake warms more quickly.

KITCHELL: So how has this increase in temperature, some three degrees centigrade, almost six degrees Fahrenheit, how has that affected Lake Superior as habitat for fish?

KITCHELL: Well, because it has been a cold lake, it’s largely been dominated by cold water fishes, but we’re now shifting toward one that would be allowing a greater abundance of cool water fishes, things that do live best at warmer temperatures. The habitat for things like lake trout, which is a native fish and had been the dominant fish as an apex predator in that system, that habitat has been increasing in its extent and duration. In fact, at this point in history, the lake trout in Lake Superior are probably as abundant as they have ever been - and by that I mean ever. When Hiawatha looked out upon Gitche Gumee, there was no commercial fishery, there were no sea lamprey to kill the population of trout, and it now has, because sea lamprey are controlled, the commercial fisheries have been reduced, there are now as many or more trout in Lake Superior than had been the case ever in history.

CURWOOD: How are the local Native American tribes adapting to these changing fish populations?

KITCHELL: They’re participating in the general goal of restoration of the native fish communities in the Great Lakes. Their hatcheries are producing lake trout, they’re producing brook trout, and they’re producing walleye now, which is a relatively new thing for them to do. The walleye is a cool water fish. They had been present in Lake Superior for lots of years, but they’ve been pretty much restricted to the warmer waters near shore and into the shallow bays, but what’s happened as a consequence of this expansion of habitat of the walleye is that their populations have expanded. The walleye in this part of the world, in the Great Lakes region, is held with reverence because they’re so good to eat.

CURWOOD: But I understand that the catch rate for fishermen reflect that change in population dynamics. Can you tell me about that? 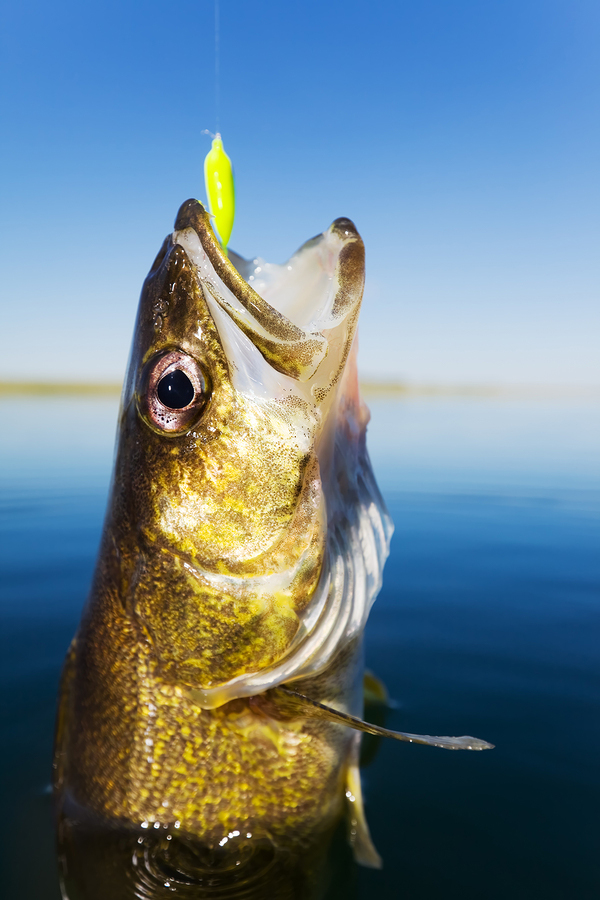 Walleye are a warmer water fish and benefiting from climate change in Lake Superior. (Bigstockphoto.com)

CURWOOD: Professor, how do you think climate change is affecting the local economy when it comes to the fisheries?

KITCHELL: There is substantial possibility that the local economy will increase as a consequence of having walleye. There are going to be more people fishing for walleye that are going to spend money buying bait, buying food, staying in hotels, having a beer with the boys after dinner, those kinds of things. So the economic boost of recreational fishery in the Great Lakes has been phenomenal.

CURWOOD: So we have a situation where over the short term at least there’s a benefit from the warming climate if you’re in the business of fishing for walleye and lake trout.

The other constraint is a management challenge. That is sea lamprey, which devastated the lake trout populations in all of the Great Lakes. Temperatures have created more opportunity for sea lamprey and the sea lamprey have an unlimited supply of food. Individual lamprey will kill more fish because they have a longer period of time at preferred temperatures, and that means a greater amount of money must be chartered towards controlling the sea lamprey populations, and that’s a challenge for the Canadian and American governments, and as you may have heard, we don’t have a government right now, and the consequence of that is that we don’t have any money, and it’s unlikely that we’ll have any to respond in ways that actually control the lamprey and that population continues to expand.

CURWOOD: Professor James Kitchell is at the Center for Limnology at the University of Wisconsin in Madison. Thanks so much, Professor.

KITCHELL: Thank you very much for allowing me to tell you some fish stories. I’ve enjoyed that.