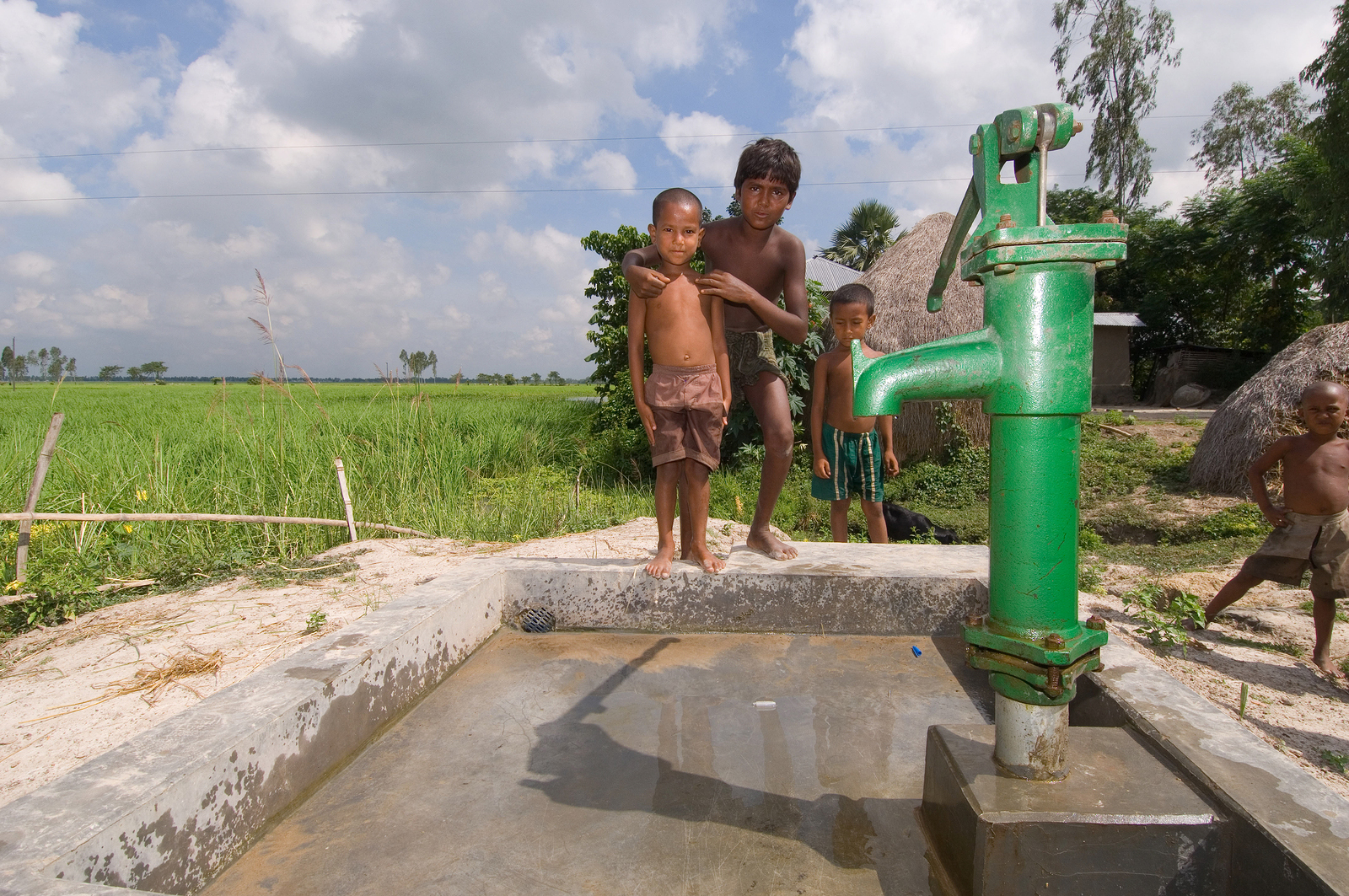 Salt water intrusion could harm agriculture and drinking water along the coast of Bangladesh (photo: bigstockphoto.com)

CURWOOD: And now we turn to Peter Dykstra, publisher of the Daily Climate and Environmental Health News, for a new feature on Living on Earth that notes a few stories from beyond the headlines. Every day Peter and his crew comb the internet for stories of environmental change from around the planet, everything from the weird and wacky to little-noticed ones that we should watch out for as they emerge over time. He’s on the line now from Conyers, Georgia. Hi there, Peter!

CURWOOD: So what do you have for us this week?

DYKSTRA: We’re going to go to two different parts of the world and we start in the tropics. EHN picked up a story this past week that might not seem like a whole lot right now, but we think it’s going to be a big deal for the world in the years to come. It’s from the capital city of Bangladesh, Dhaka, and the English language paper there, the Dhaka Tribune. They reported that salt water intrusion is becoming what they call, what scientists call, an alarming problem along the coast of Bangladesh.

CURWOOD: OK. So how does salt water get into fresh water?

DYKSTRA: The farmers and cities in the very densely populated country of Bangladesh depend in large part on groundwater in aquifers, drilling wells to water farms and to provide drinking water. There’s been so much pressure on the wells nearest the surface that water’s drawn out of them and salt water is essentially sucked in, and when you have sea level rise, that makes that whole problem worse. Eventually, the scientists say, there will be a huge problem along the coast of Bangladesh involving tens of millions of people in farms and cities with salt water intrusion making some of their drinking sources completely off limits, and that may be the good news.

DYKSTRA: Relatively speaking, because the bad news is that Bangladesh’s other primary source of water is melting glaciers from the Himalayas, and the glaciers are definitely melting, but they’re melting a little bit too fast. If the glacier water goes away, and the coastal aquifers are put off limits and polluted by salt water intrusion, then you have a nation of 150 million very thirsty, very hungry, potentially very angry people, and that’s why a lot of folks are looking at water issues and climate change issues as global security issues.

CURWOOD: OK. Now where else are you going to take us on the globe? 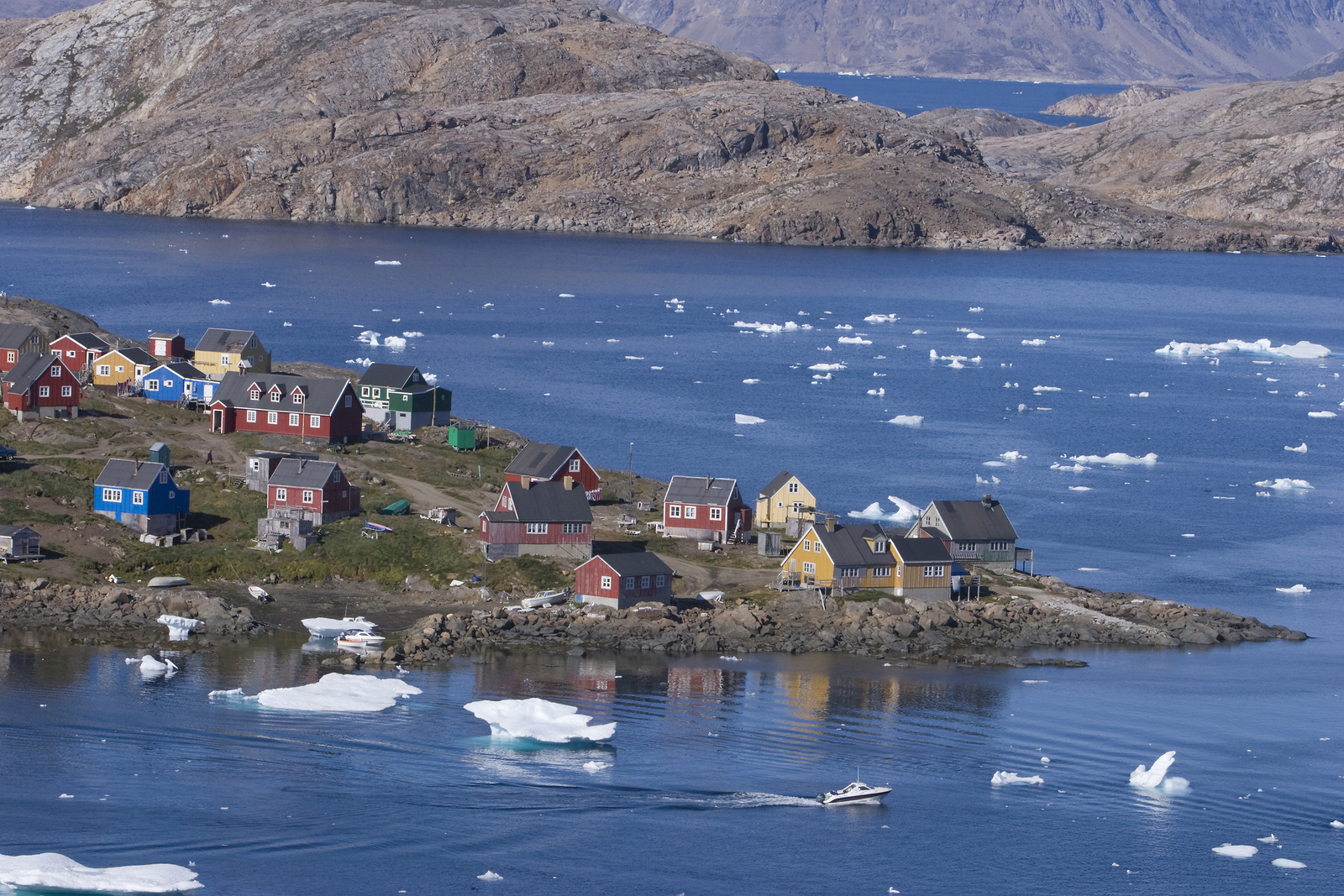 Greenland is increasingly the site of rare-earth mining (photo: bigstockphoto.com)

DYKSTRA: We’re going to go to a very different place up in the Artic up in the cold weather, where the parliament of Greenland by one vote just decided to open up mining for uranium and for what are called ‘rare earths’, some of the strategic metals that are used in everything from windmill blades to electronics to the phone and recording equipment we’re speaking to each other right now. The reason that that mining industry is opening up in Greenland - they’ve known for a long time there’s a lot of money and a lot of minerals beneath the surface of Greenland - but the surface of Greenland has been beneath a lot of ice. The ice is leaving. The minerals are exposed. Multinationals, particularly from China and Australia, are looking to come in. It will change Greenland. It will enrich some people there. It will change the lives of just about everyone there, and this is all happening because that land-based ice in Greenland is melting and contributing to sea level rise which will also, as the Artic melts, the sea-based ice opens up, and shipping those minerals out will also become easier.

DYKSTRA: Which brings us back to Bangladesh and a lot of low-lying places that are going to be imperiled by sea level rise.

CURWOOD: Hey, Peter, anything else before you go?

DYKSTRA: We’re just looking at sort of an ironic and sad twist...just about everyone knows this is the one year anniversary of superstorm Sandy and all the destruction that it caused in New Jersey and New York. But 24 years ago this month, the governor of New Jersey, back in 1989, Thomas Kean, a Republican, issued a very stark warning in an executive order about climate change and said that the coast of the New Jersey area, the Jersey shore, needs to be ready for severe storms and hurricanes that are going to be worsened as climate change becomes a reality. This is 24 years ago from a governor, a Republican governor. He may be eligible for what I like to call the Nobel prize in “I told you so”, and the problem is very few people listened, and if they had listened, the damage from Sandy a year ago might have been a little bit less.

CURWOOD: Peter Dykstra, Environmental Health News and the Daily Climate. Thanks! We’ll talk to you soon.

[MUSIC: Steve Cropper “Help me Somebody” from Dedicated- A Salute to the 5 Royals (Stax Records 2011)]

CURWOOD: Next week on Living on Earth...trying to leap the hurdles that stand in the way of going solar in leafy Massachusetts.

MAN: I spent many hours, many days making sure that it would be suitable for solar. What I didn't take into account was that trees grow.

CURWOOD: But trees aren't the only obstacles. There can be red tape as well. That's next time on Living on Earth.