From Keystone XL to Obama’s carbon regulations, 2014 promises to be a crucial year for the environment. Vermont Law School has compiled a list of important environmental stories to watch in the New Year, and Professor Pat Parenteau discusses the highlights with host, Steve Curwood.

CURWOOD: From the Jennifer and Ted Stanley Studios in Boston, this is Living on Earth. I'm Steve Curwood. In the 23 years Living on Earth has been on the air, there has been a growing awareness of the importance and urgency of environmental issues.

As we start a new year, we thought for this week’s program we’d take time to look ahead to some of the decisions that could have massive impacts on life on this planet. And here to help us is Vermont Law School Professor Pat Parenteau. He and his colleagues have put together a list of issues and decisions to watch for 2014 and he joins us now on the line. Happy new year and welcome to Living on Earth, Professor.

PARENTEAU: Thank you, Steve. It’s good to be here.

CURWOOD: So let’s start at the top. What’s number one on your list, Professor Parenteau?

PARENTEAU: We listed the decision on the Keystone XL pipeline as the number one issue for 2014. The President has indicated he will make that decision, and, of course, there has been a tremendous amount of attention and controversy around the pipeline, but we think in light of the fact we just passed this critical threshold of 400 parts per million of carbon dioxide in the atmosphere that scientists are concerned about, we singled out the Keystone pipeline as a discrete decision that implicates where we go on climate change.


2014 will be an important year if President Obama hopes to move forward with his plans to regulate carbon pollution from power plants (photo: Greg Goebel)

CURWOOD: OK. What does your crystal ball say Mr. Obama does?

PARENTEAU: You know, it’s a really close call. I think it’s 60-40 in favor of the President disapproving the pipeline, but you’ll sure get an argument from a lot of people about that. Obviously, a large number of supporters of the pipeline, including labor unions who see that at least in the short term some construction jobs. The analysis of what the pipeline would do for employment in the long run is quite modest, but the pipeline really is not going to do apparently what the American public believes it will do, which is give us, significant energy independence from imported oil from the Middle East and elsewhere. The other thing that the President said, of course, is he will not approve it if it will significantly exacerbate the climate change problem, which it will do. The extraction of this very heavy oil from very tight sands is extremely carbon intensive, so it’s a definitely a major step in the wrong direction if what we’re trying to do is reduce the effects of climate change.

CURWOOD: Pat, now, an important political story for 2013 was a change to the filibuster rule in the Senate that effectively now means that President Obama can appoint who he wants to most federal court positions, also some administrative positions, and I understand this really affects the Circuit Court of Appeals in Washington when it comes to environmental regulations. Can you explain that for me?

CURWOOD: Now what are the environmental regulations coming down the pipe that are the hottest, as far as you’re concerned?

PARENTEAU: The biggest ones, I would say, in terms of climate change, for sure, are EPA’s proposed rules involving both new sources of carbon pollution from power plants, and then after that, regulations coming in June of 2014 that will apply to all existing power plants. That is the largest source of greenhouse gas emissions in the United States. The coal-fired power plants represent the largest portion. That set of rules the EPA is working on now, which will eventually have to be reviewed by the DC circuit and perhaps by the US Supreme Court, those are the most important rules from a climate standpoint to keep an eye on.

CURWOOD: So what are the odds that the EPA can stay on track with those rules?

PARENTEAU: Well, the President has committed himself to getting these rules finished during his second term. EPA is on a schedule to do that, but it’s a pretty tight schedule. There’s, of course, political opposition to the EPA moving forward, but right now, the agency is in the process of conducting public meetings and what they call listening sessions. We won’t see the actual details of the rule until June of 2014. There’s tremendous flexibility in the legal provision EPA is using under the Clean Air Act, and the big question is, how much flexibility will they give, too, to the states, for example, adopt things like the Regional Greenhouse Gas Initiative we have here in the northeast.

That collection of northeast states has asked EPA to basically endorse their approach. They have a cap-and-trade program for emissions from power plants, that’s working quite well. On the west coast, California, Oregon, and Washington have signed an agreement with British Columbia to create a regional market for carbon out there. So already we’re seeing in the states some pretty creative ways of addressing carbon pollution from power plants. I think EPA is going to try to accommodate those initiatives and not frustrate them .

CURWOOD: So, where do you see natural gas going in 2014? It was very, very cheap in 2011. It’s gotten a little more expensive, but it’s also generating a fair amount of controversy.

PARENTEAU: Yes, gas is 50 percent less carbon-intensive when it’s burned than coal. The problem with gas, from a climate standpoint, is in what we call the life-cycle analysis of the entire gas extraction production and transportation system. That’s a very controversial subject. EPA had a chance last year to set a standard for methane emissions from fracking and other oil and gas development. It declined to do that. It adopted a stringent standard for what are called volatile organic compounds which will have as a secondary benefit reducing methane from new wells, but EPA did not adopt a standard for existing wells which there are some, if you can believe it, 800,000 wells in the country used for oil and gas production.

So, one of the big problems with gas being what’s called a transition fuel, some would call it a bridge fuel to a cleaner energy source is, if the emissions from the process of methane are not significantly reduced, then it could offset the benefits of gas in relation to coal. So a big question that we raised looking ahead to 2014 is will EPA adopt more stringent rules to both monitor how much methane is being emitted from these sources and impose stricter controls. Several states have sued EPA to require such controls, so it will be very interesting to see what EPA does in that lawsuit.

CURWOOD: What questions, aside from fugitive methane, do you see involving fracking being addressed in 2014? 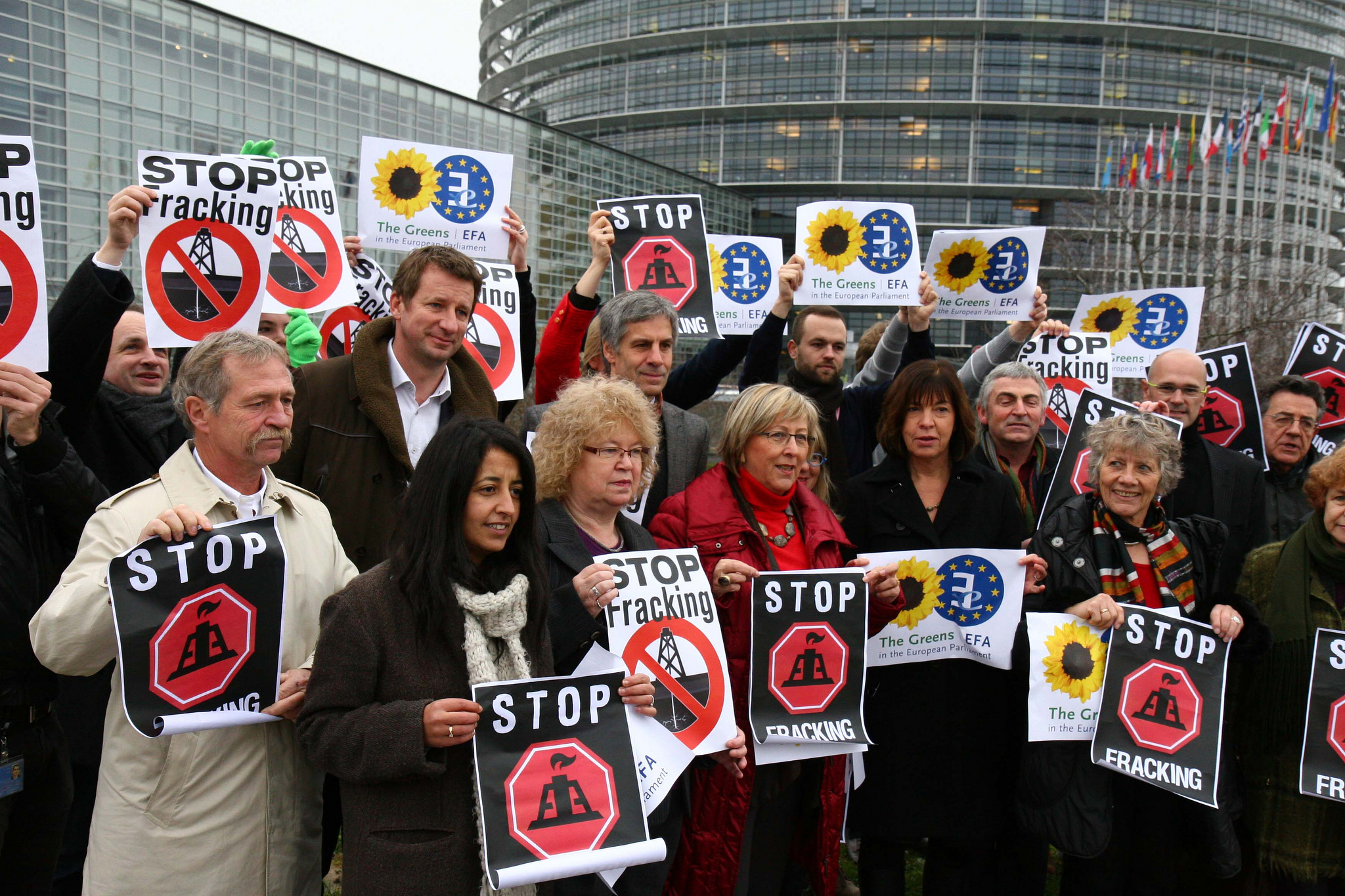 PARENTEAU: There’s a lot of direct environmental impacts of fracking. There’s concerns, of course, about groundwater contamination. There’s an enormous amount of water use. Each one of these wells uses five million gallons of water a day. EPA has estimated we’re going to need another 600,000 wells to extract all the known reserves of shale gas. There’s potential for blowouts. There’s even been some explosions at fracking sites. So there’s a whole range of environmental issues around fracking that really deserve much greater attention.

But the biggest problem, I think, with a heavy reliance on gas and fracking, is it creates a massive investment in a fossil fuel infrastructure - gas is still a fossil fuel - at the expense of truly clean sources like wind and solar, efficiency improvements and other things, so if gas has the effect of displacing or retarding the development of really clean sources of energy, it will probably be a net-loss for the climate.

CURWOOD: So on your list, you also have the farm bill. 2014 is where we’re at, but the last time the farm bill was actually rewritten was back in 2008. What are the chances that we’ll see a truly new farm bill? 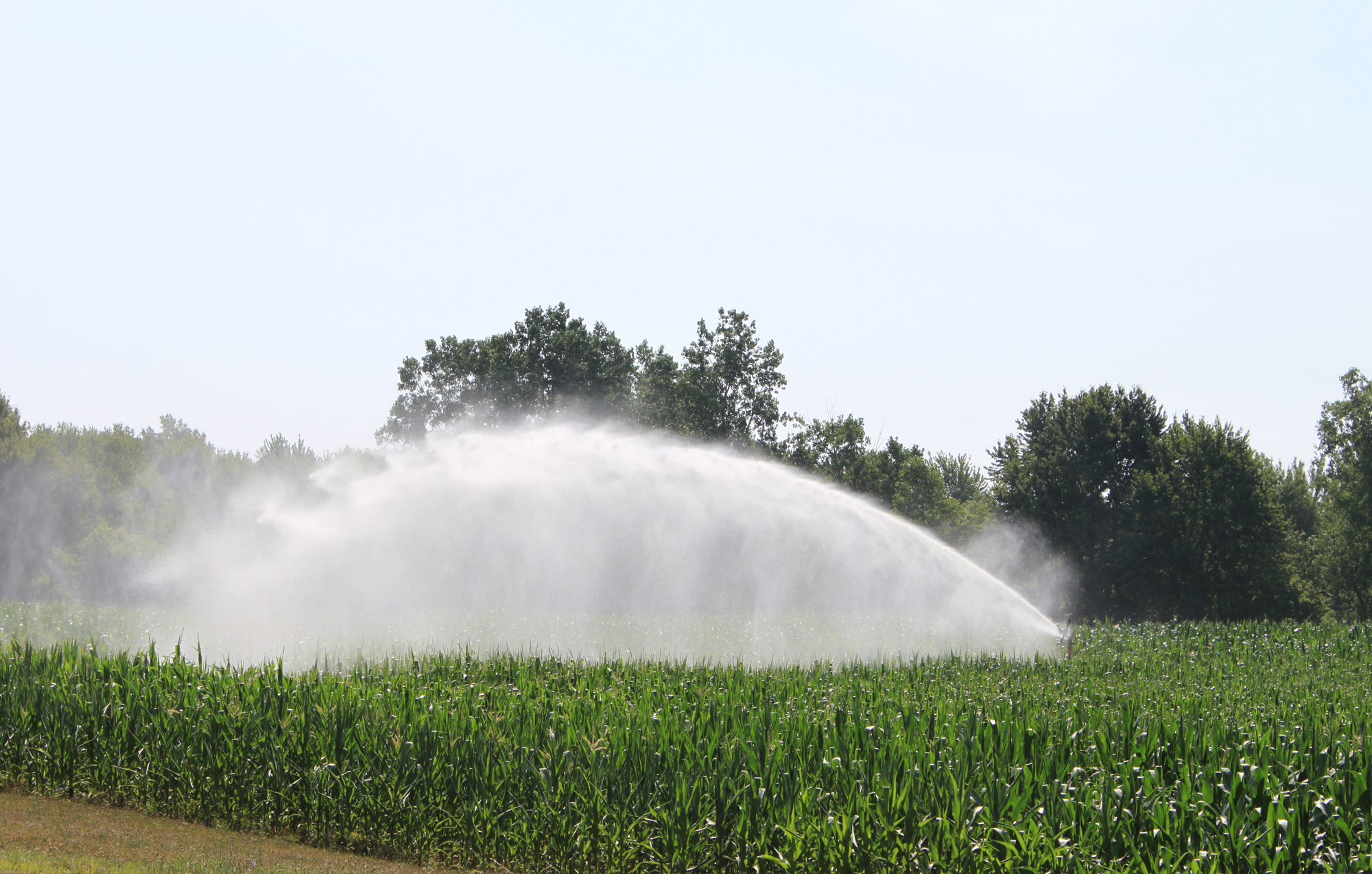 The Farm Bill is on VT Law School’s list of environmental stories to watch in 2014 (photo: Dwight Burdette)

PARENTEAU: Well, the farm bill is one of the most important and probably least understood environmental laws that we have on the books. It’s hard for me to judge exactly what would happen in Congress these days. The odds are probably in favor of a farm bill ultimately being approved. The big question from the standpoint of environmental concerns, again in regard to climate and other issues, is what are called the “conservation provisions” of the farm bill. We’ve had provisions requiring farmers to protect wetlands, to reduce soil erosion, to create wildlife habitat, and those provisions are at risk because the farm bill that’s being discussed certainly in the House has basically reduced the funding for those provisions enormously while increasing the amount of subsidies for crop insurance. The irony there is the reason you need greater crop insurance is in part due to the effects of climate change. We’re losing the ability of our farmlands to reduce the effects of climate change, at the same time, we’re increasing payments to farmers for the damage that climate change is doing. So there’s something wrong with this picture.

CURWOOD: Professor Parenteau, before you go, can you give me a good news story for 2014?

PARENTEAU: Yes, here’s the good news. Our carbon emissions are down. Part of that is the result of closing a number of dirty coal-fired power plants. Some of the credit for that goes to natural gas, but a lot of the credit actually goes to the expansion of renewable energy, through wind and solar. The price of wind and solar is coming down, wind and solar had its greatest growth in the last year, not only in the United States but worldwide. We’re seeing reduction in the consumption of oil through fuel efficiency, standards that have been put in place for automobiles, for heavy vehicles and other things. We’re seeing states like California, Oregon and Washington, taking the lead on adopting strong measures to reduce carbon emissions from their industries. Oregon is considering a carbon tax. British Columbia has had a carbon tax now for several years that’s quite popular and has been renewed. So when you look around, you can find examples of success stories dealing with climate, dealing with other environmental problems. Hopefully, those success stories will spread to our national government, and we get a much broader and more comprehensive approach to these problems. 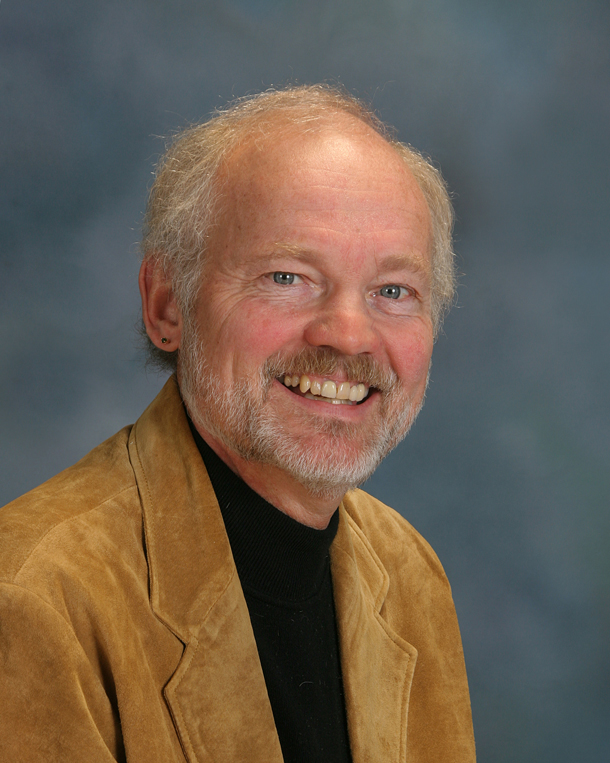 CURWOOD: Pat Parenteau is a Professor at Vermont Law School. Thanks for joining us, Pat, and happy new year.

PARENTEAU: And same to you, Steve. Thanks a lot.