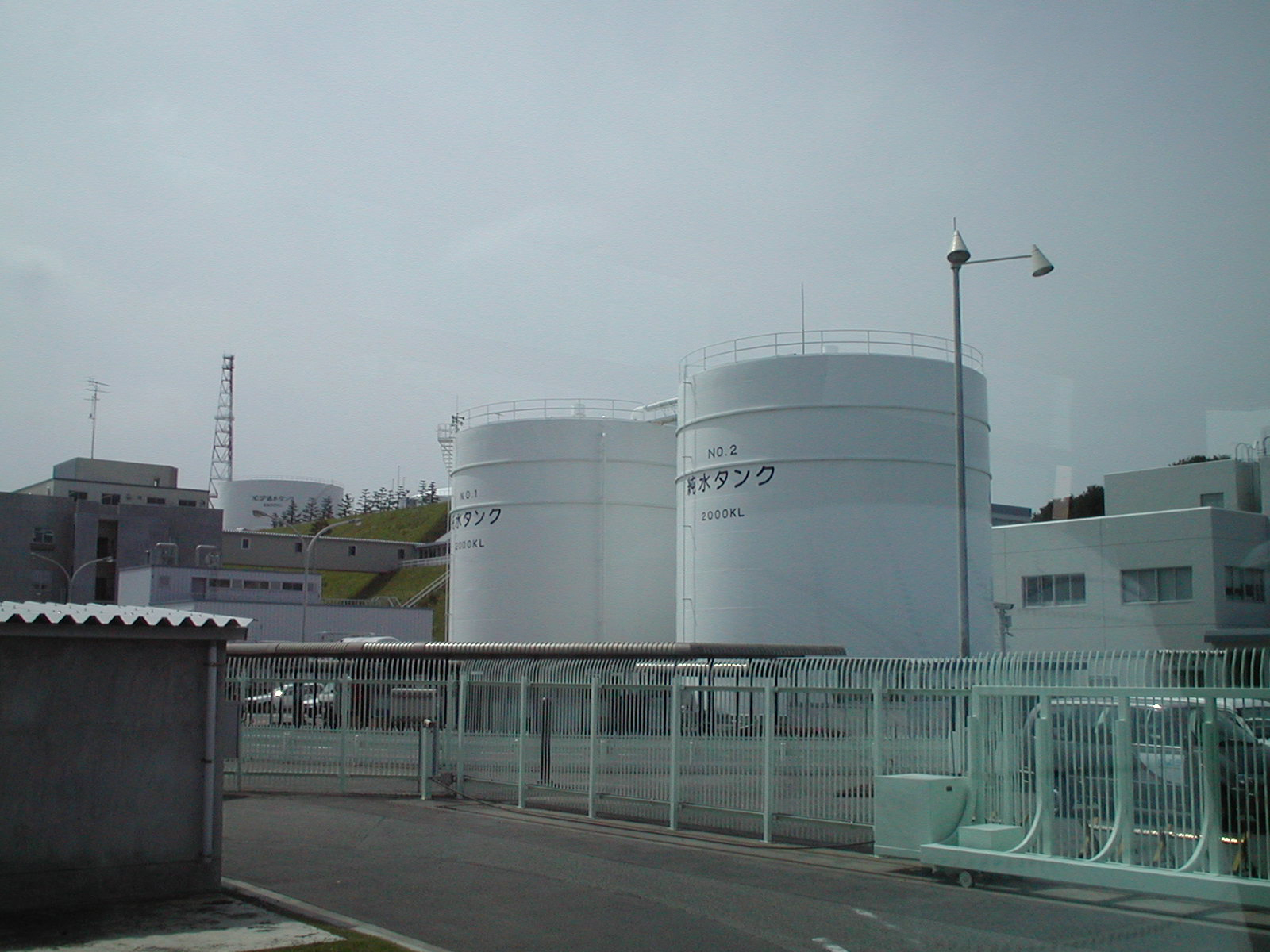 More than 70 people--sailors, marines and their offspring have sued TEPCO, the Tokyo Electric Power Company, for not warning the US Navy that its ships were sailing into radioactive plumes when it responded to a call to help after a tsunami caused the Fukushima nuclear reactor melt down. Host Steve Curwood talks with Navy Lt. Steve Simmons, who learned of the risk too late to avoid drinking contaminated water, and Simmons's lawyer, Paul Garner.

CURWOOD: It's Living on Earth, I'm Steve Curwood. In March 2011, a strong earthquake off Japan launched an immense tsunami that set off catastrophic meltdowns at the Fukushima nuclear power complex. Among the first responders on the scene was the aircraft carrier USS Ronald Reagan. It was one of 25 US naval vessels that arrived bringing clean water and other humanitarian aid. But now at least 71 of the Reagan's sailors and marines are suffering with what they are sure are the effects of radiation poisoning, and they're suing TEPCO, the Tokyo Electric Power Company, that they say hid the truth about just how deadly the radioactive plumes were in the air and water. One of those sailors is Lt. Steve Simmons who told us he learned of the danger too late.

SIMMONS: At one point, we had actually brought up into the water filtration system...they had actually come across the intercom system of the ship letting everybody know that we had a little problem that we had actually sucked up contaminants into the water system. I had had already been up, I had already been showered, Ihad already been to the ward room and had a couple glasses of water, and I had filled up my water bottle a couple of times, and that water goes everywhere throughout that ship. It’s what they use for cooking, it’s what they have at every water fountain throughout the ship. You know, honestly, at the time that it happened, I didn’t want to create any panic or hysteria or anything like that, so I just kind of joked about it, shrugged it off, and made some kind of wisecrack about, well, if I ingested any nuclear contamination it’s too late now, what’s done is done...what can I do about it at this point? 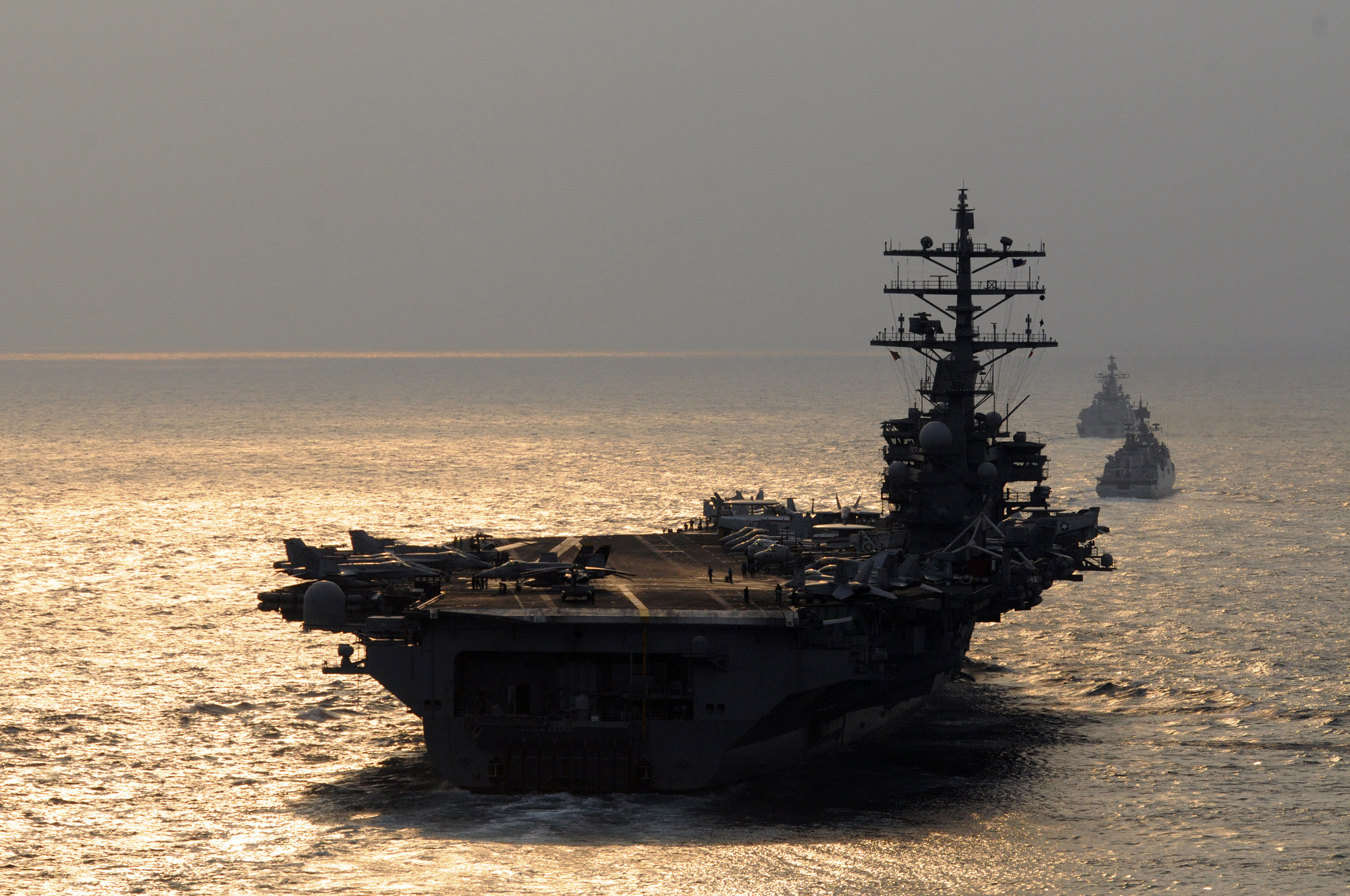 CURWOOD: So here, we are, three years later, and, as I understand it, you’re experiencing some rather serious health problems. What’s going on?

SIMMONS: I am. We returned from deployment in September and by November my health started to decline. The first thing I noticed, I was actually driving to work, and I blacked out, and I drove my truck up on a curb. And I had gone to see the doctor to see what was going on. They ran labs, couldn’t figure anything out, and from there they sent me up to Walter Reed, to the infectious disease clinic, and same thing, ran labs, couldn’t figure it out, so by this time it was January timeframe of 2012, and by this time I was admitted into the hospital for workup, and I told the intern about the radiation exposure, because honestly, up until that point, I had been healthy. The intern just blew me off. 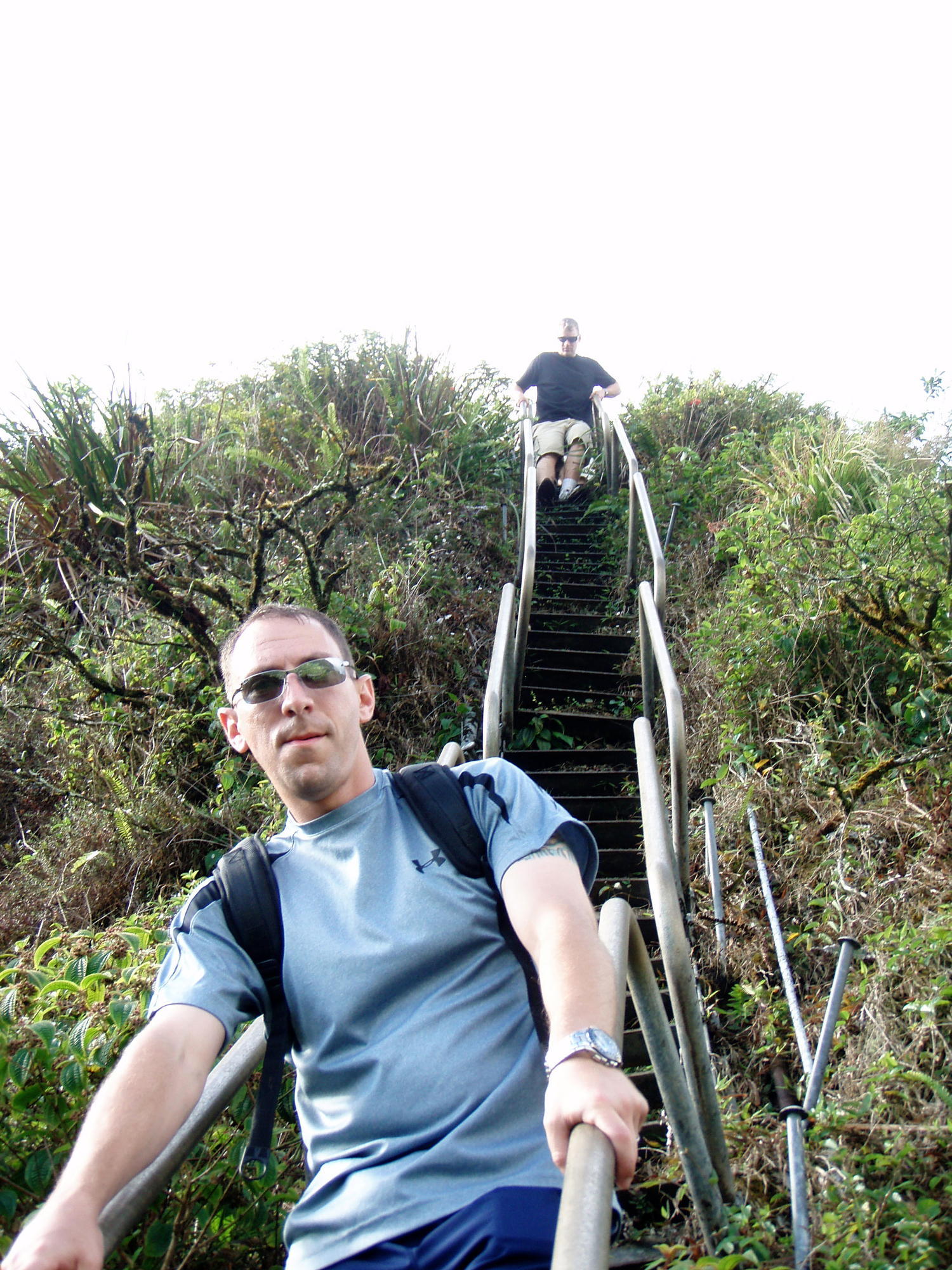 CURWOOD: What were the symptoms you were experiencing at this point? You had a blackout. What else?

SIMMONS: By this point, I had unexpectedly dropped between 20 to 25 pounds. And my lymph nodes started swelling. From January to March I was running a pretty solid fever as high as 102.9. I was discharged from the hospital the first time for a so-called “sinus infection”, and three days later I was actually readmitted because that’s when my lymph nodes started swelling. During that second hospitalization I was just coming out of the restroom and I stopped and my legs just buckled. And that was when the weakness started. So then I started experiencing weakness in the legs, and it just started progressing further and further. And then shortly after that it got to the point where Summer was actually carrying me up and down the stairs. 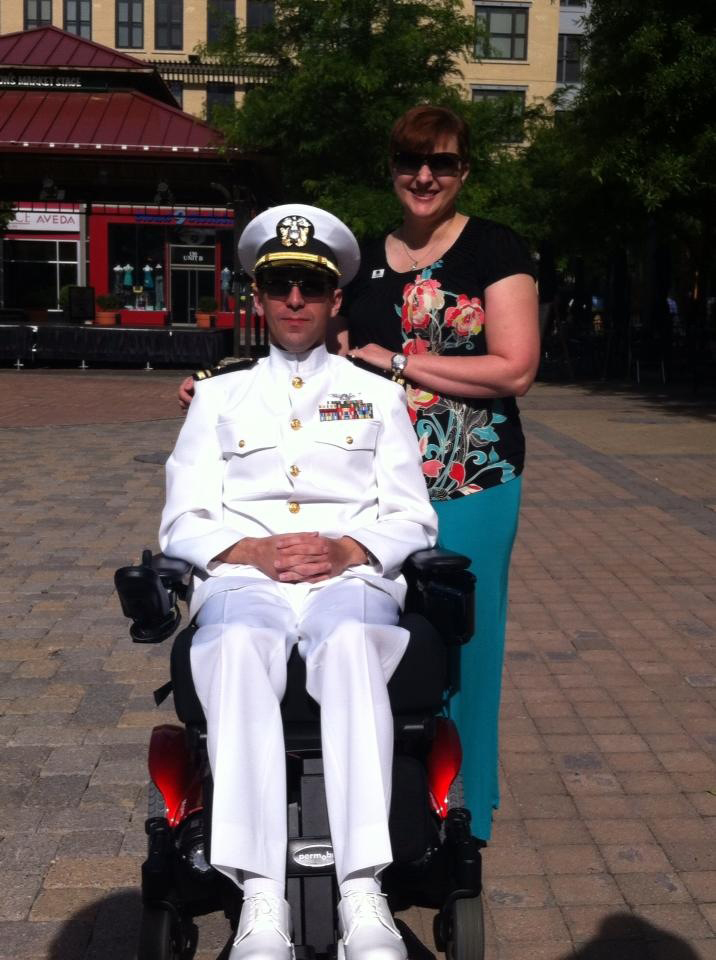 CURWOOD: These days you’re in a wheelchair, I gather?

SIMMONS: Yes, I spend all my days in a wheelchair now. My muscle weakness just continued to progress up the legs into my arms, my hands, and now the latest issue that I deal with is neurogenic bladder. Now the signals aren’t getting from the brain to the bladder, so now I actually have to catheterize every four hours.

CURWOOD: Navy Lieutenant Steve Simmons. And he's not the only one of the Reagan's former
crew with medical problems. 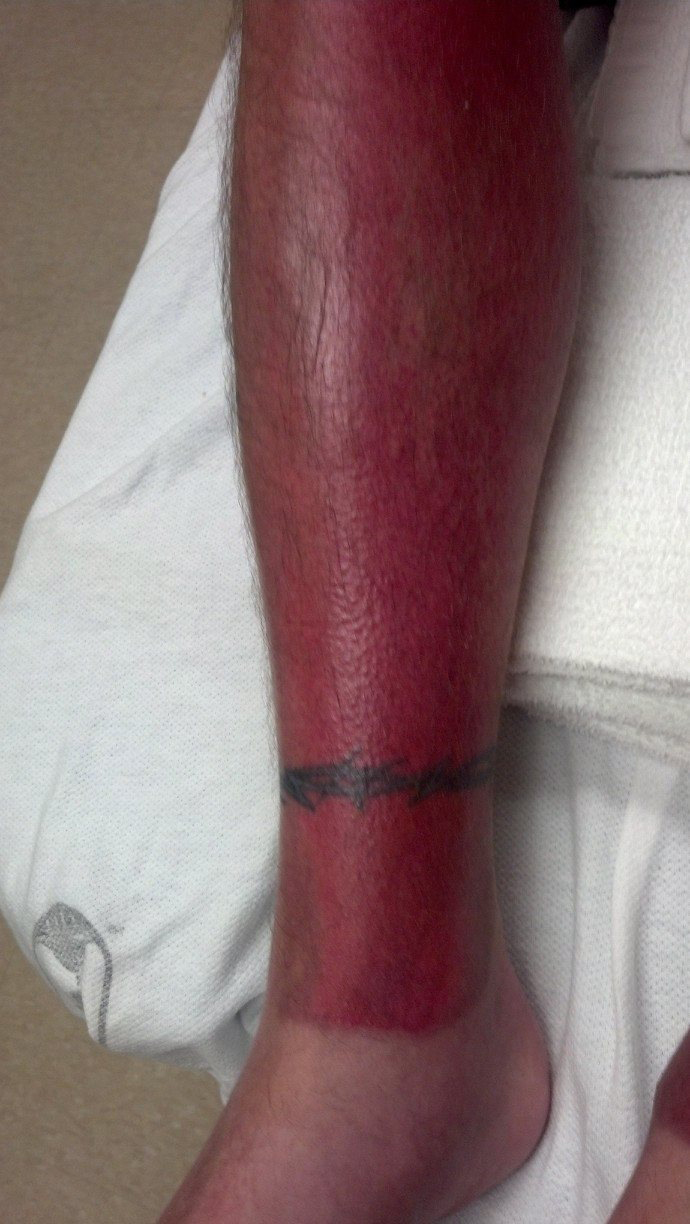 A second degree burn Simmons received while out in the sun in Hawaii. He suspects that radiation may have intensified the impact (photo: Steve Simmons)

GARNER: Many leukemias, other forms of cancer, unremitting of bleeding of both anally and vaginally, migraine headaches, hair loss...these are all young people, by the way, in their 20s. And they were all basically in the same place at the same time.

CURWOOD: That's attorney Paul Garner, one of the lawyers arguing this case in federal court in San Diego. The lawsuit faces twin hurdles. Not only is it extremely hard to prove environmental causality for illnesses, but there's also a web of jurisdictional complexity that involves the US military, and the Japanese authorities. The court initially dismissed the case on what it termed "political grounds", though it has allowed an amended complaint, due to be filed next month. TEPCO's lawyers argue US courts have no jurisdiction in this matter, and also cite US Navy estimates that the crew of the Reagan was not exposed to dangerous levels of radiation. Meanwhile, attorney Paul Garner has no doubt who's to blame for his clients' medical problems.

GARNER: The people who were operating the boiling mechanism, Tokyo Electric Power Company, they were operating a nuclear power plant which they knew was an accident waiting to happen. So who’s responsible? The people who were operating the instrumentality are responsible. It’s a product liability situation. Here’s the nub of it, OK? This is a man-made disaster. They knew on Day One they were in the process of a LOCA, Loss of Coolant Accident, in the industry. They knew they couldn’t cool down the core reactor number one, we know from former Prime Minister Naoto Kan’s discussion at the Japanese foreign press recently, the core meltdown occurred within five hours of the earthquake of March 2011. The Reagan and the other vessels didn’t arrive until the next afternoon. They should have been warned, just like the rest of the world should have been warned, but the people there kept it quiet. It’s a coverup, and it’s unfortunate that so many people are cooperating with this and that mainstream media just hasn’t really paid attention to this for almost three years.

CURWOOD: That's Carlsbad, California, lawyer Paul Garner. There's more about this suit at our website, LOE.org, where you can aways listen to our show.


Read the latest information on this issue from the US Navy