Beyond the Headlines – Roadkill Science 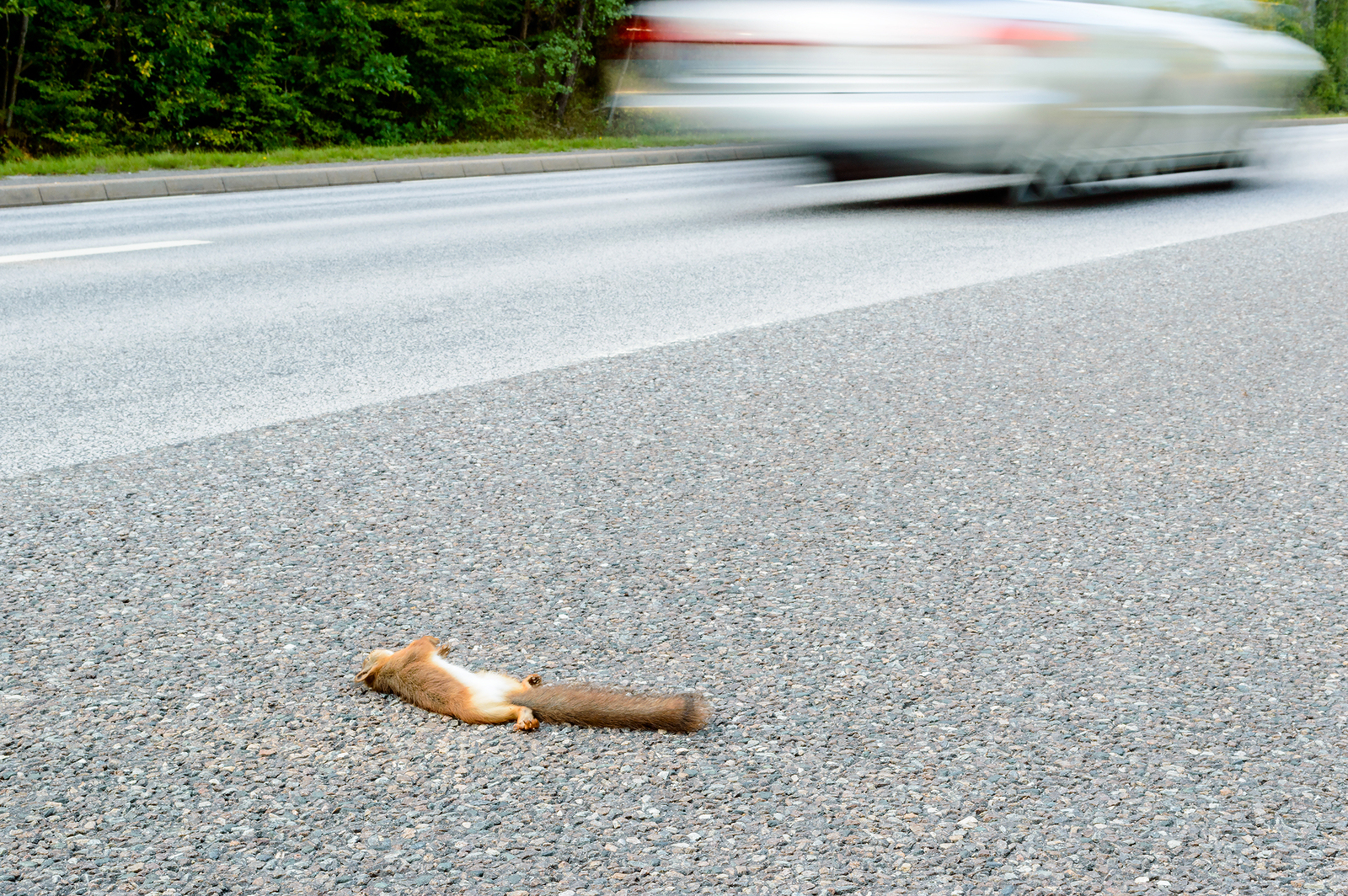 In a trip beyond the headlines today, Peter Dykstra of Dailyclimate.org and Environmental Health News, ehn.org, and host Steve Curwood discuss Citizen Science with road-kill and the anniversary of the dramatic Santa Barbara oil spill that helped spur environmental consciousness in the United States.

CURWOOD: Back to Earth and reality now. On the line from Conyers, Georgia, and ready to peer beyond headlines, we have Peter Dykstra, who publishes the Daily Climate.org and Environmental Health News, EHN.org.

CURWOOD: So what have you got this week?

DYKSTRA : Let’s take a trip into user-friendly science-land, participatory science, citizen science...start off with Phenology, and when you mention Phenology, you have to start with a disclaimer because it’s different than Phrenology, with an “r” in it, that’s the highly-respected science of telling someone’s fortune by reading the bumps on their head.

CURWOOD: And, of course, you have a very smooth scalp, Peter.

DYKSTRA: Well, I appreciate that, Steve, but Phenology, without the “r”, is the study of how plants and wildlife are impacted by climate changes and other habitat changes. There’s a recent study from my alma mater, Boston University, they went out to Walden Pond, and they compared the current plant life there to what Henry David Thoreau saw at Walden 150 years ago. They reported that today, plants bloom, on average, 18 days earlier than they did for Thoreau, and the warmer temperatures we have now are helping to bring in non-native species and crowd out the native species that he saw.

CURWOOD: And this affects almost everything. Consider the huge impacts on moose populations.

DYKSTRA: That’s right, there’s a big problem with moose, from coast to coast, as cold climates get a little warmer. Another example is in Vermont. The maple syrup industry there, the climate is going to be too warm for maple trees over the next few decades. The tree-tappers won’t be able to work there. The trees are actually slowly migrating north in to Canada. And one more example, here in Georgia, armadillos...we never used to see armadillos here around the Atlanta area, they were no farther north than the Gulf Coast of Texas. There’s one study that says as the climate warms, the country may be warm enough to sustain armadillo populations as far north as Washington, DC, and Omaha, Nebraska.

CURWOOD: Yes, and what about things such as fire ants and certain ticks?

DYKSTRA: Well, you've got the non-cuddly species too. It’s not all good news, but phenology is a participatory science, and people can join in, they can collecting data on how soon the flowers bloom in the spring, how soon the leaves turn in the fall, and any new wildlife you’re seeing or old wildlife you don’t see anymore. The USA National Phenology Network website keeps track of this, and listeners can tap in there and report their phenology news.

CURWOOD: And you can get a link to the USA Phenology Network at our website, at LOE.org. And you’ve got another example of citizen science, I understand.

DYKSTRA: Yes, this is a guy who’s been a citizen science hero for a couple of decades, who goes by the name of Doctor Splatt. His real name is Brewster Bartlett, a science teacher at Pinkerton Academy in New Hampshire. He’s the sole proprietor of Dr. Splatt’s roadkill project.

Go back to 1993, he was building an online network; science students came in from across the country who reported back to Dr. Splatt on the roadkill that they saw alongside the highway, or maybe under the tires of their school bus. It sounds a little gruesome, but it’s not just a body count, there’s useful data in all of this. The students from Dr. Splatt learned about how warm weather can increase roadkill. Wildlife gets a little bit more active in the springtime, or when warm early. More importantly, it’s been a really successful way to get kids to pay attention to our interactions with wildlife even if these kinds of interactions are pretty messy.

CURWOOD: And online since 1993? I would think that makes him some sort of an online pioneer as well?

DYKSTRA: Absolutely. He was into the internet early, and it’s been a big success. He‘s slowing down a little bit with the project, but Doctor Splatt says he still loves to teach, he still loves to talk about those “road pizzas”, that’s what he calls the road kill they study.

CURWOOD: And Peter, what do you have on the anniversary calendar for us this week?

DYKSTRA: Well, we’re going to have one of the two catastrophies that helped to bring the American environmental movement together in the late ‘60s and early ‘70s. One of them, of course, was when the Cuyahoga River was so polluted that it caught fire and burned. But 45 years ago this week, off of Santa Barbara, California, there was a Union Oil company drilling platform that blew out 35 miles of beach around Santa Barbara. It was covered with oil. Seabirds, seals, dolphins other wildlife covered with oil and it was a disaster that played out on TV news across the nation. 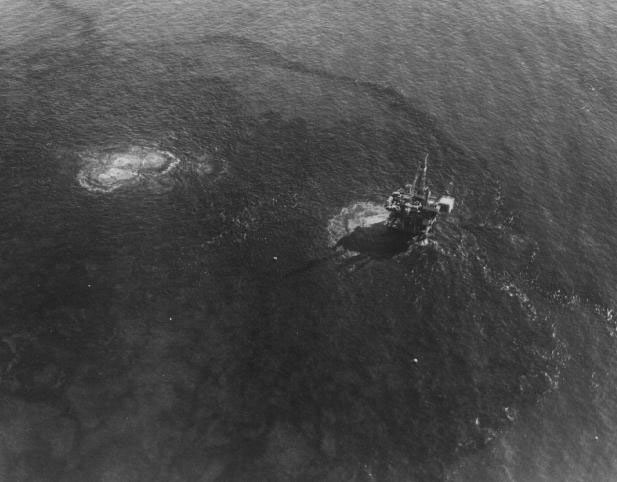 CURWOOD: So these weren’t just big environmental accidents, but accidents on view in our living rooms.

DYKSTRA: That’s right, but remember that’s a different era. A lot of us don’t have TVs in the living room that we watch all the time anymore. When the TV’s on, it’s not on the news as often, and when the news is on, it’s not covering the environment as often. The Santa Barbara oil spill was dominant news for several days, it spurred legislative action, it made oil drilling safer, it put certain environmentally-sensitive areas off limits. This was a 200,000 gallon oil spill. But you need to compare that with something else. In 2010, the Deepwater Horizon spill was roughly two hundred million gallons, a thousand times as big.

CURWOOD: Hey, Peter, thanks for reminding us.

DYKSTRA: Thanks a lot, Steve. Talk to you soon.

CURWOOD: Peter Dykstra is publisher of Environmental Health News, that’s EHN.org, and the DailyClimate.org. And you can get links to all these stories at our website, LOE.org.


Check out the BU study about the ecology around Walden Pond