The Environmental State of the Union 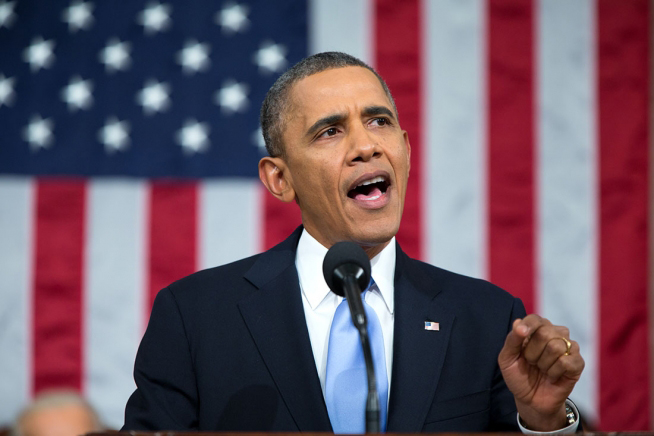 In the 2014 State of the Union address President Obama said climate change is real and a threat that must be dealt with. But he also pledged to continue his commitment to use multiple energy sources with a strong focus on natural gas. Host Steve Curwood discusses the President’s contradictory goals and his environmental agenda with UCLA environmental law professor Ann Carlson.

CURWOOD: From the Jennifer and Ted Stanley Studios in Boston, this is Living on Earth. I’m Steve Curwood. The US Constitution requires the President from time to time to give Congress “information of the state of the union,” and until the terms of Franklin D. Roosevelt this was most often in the form of a written report. These days presidents seem to prefer speeches, and this year Mr. Obama took time to address job creation, the environment and energy.

OBAMA: Now, one of the biggest factors in bringing more jobs back is our commitment to American energy. The all-of-the-above energy strategy I announced a few years ago is working, and today, America is closer to energy independence than we have been in decades.

One of the reasons why is natural gas - if extracted safely, it’s the bridge fuel that can power our economy with less of the carbon pollution that causes climate change. Businesses plan to invest almost $100 billion in new factories that use natural gas. I’ll cut red tape to help states get those factories built, and put folks to work. And this Congress can help by putting people to work building fueling stations that shift more cars and trucks from foreign oil to American natural gas. Meanwhile my administration will keep working with the industry to sustain production and job growth while strengthening protection of our air, our water, our communities. And while we’re at it, I’ll use my authority to protect more of our pristine federal lands for future generations.

It’s not just oil and natural gas production that’s booming; we’re becoming a global leader in solar, too.  Every four minutes, another American home or business goes solar; every panel pounded into place by a worker whose job can’t be outsourced.  Let’s continue that progress with a smarter tax policy that stops giving $4 billion a year to fossil fuel industries that don’t need it, so that we can invest more in fuels of the future that do. 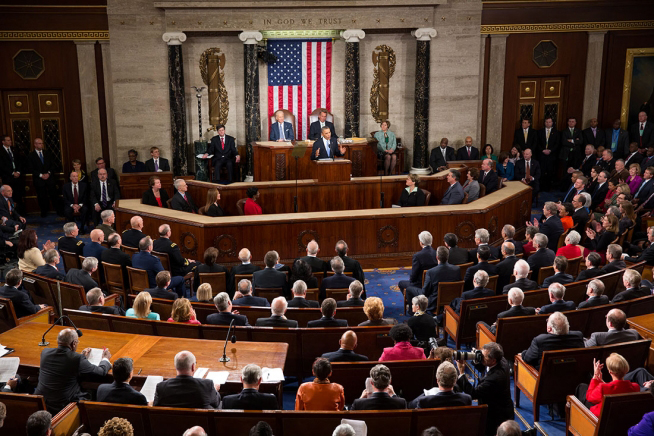 CURWOOD: We're listening to the environment and energy portion of President Obama's 2014 State of the Union address.

OBAMA: And even as we’ve increased energy production, we’ve partnered with businesses, builders, and local communities to reduce the energy we consume. When we rescued our automakers, for example, we worked with them to set higher fuel efficiency standards for our cars. In the coming months, I’ll build on that success by setting new standards for our trucks, so we can keep driving down oil imports and what we pay at the pump.

Taken together, our energy policy is creating jobs and leading to a cleaner, safer planet. Over the past eight years, the United States has reduced our total carbon pollution more than any other nation on Earth. But we have to act with more urgency because a changing climate is already harming western communities struggling with drought, and coastal cities dealing with floods.

That’s why I directed my administration to work with states, utilities, and others to set new standards on the amount of carbon pollution our power plants are allowed to dump into the air. The shift to a cleaner energy economy won’t happen overnight, and it will require some tough choices along the way. But the debate is settled. Climate change is a fact. And when our children’s children look us in the eye and ask if we did all we could to leave them a safer, more stable world, with new sources of energy, I want us to be able to say, yes, we did.

CURWOOD: President Barack Obama, delivering his 2014 State of the Union address. And here to help us unpack the President's words is Ann Carlson, Professor of Environmental Law at UCLA’s School of Law.

CARLSON: I guess two things struck me. One was the forceful way in which he made clear that climate change is no longer a controversial question scientifically. His commitment to try and do something to leave the planet in good shape for future generations struck me as a bold and very welcome statement.

On the other hand, I was also struck by his continued commitment to an all-of-the-above energy strategy, embracing natural gas and fracking actually rather clearly - he didn’t say anything about fracking but that’s the way in which natural gas is coming up out of the ground these days - so I was struck at sort of the “having it both ways” quality of the speech.

CURWOOD: You know, the President’s comments on natural gas drew a fair amount of fire from environmental activists, folks who’ve supported him a lot in the past. Let me read you a quote from an email I got from Michael Brune, who’s the Executive Director of the Sierra Club. Michael says, “Make no mistake, natural gas is a bridge to nowhere. If we are truly serious about fighting the climate crisis, we must look beyond an all-of-the-above energy policy and replace dirty fuels with clean energy.” How do you respond to that statement? 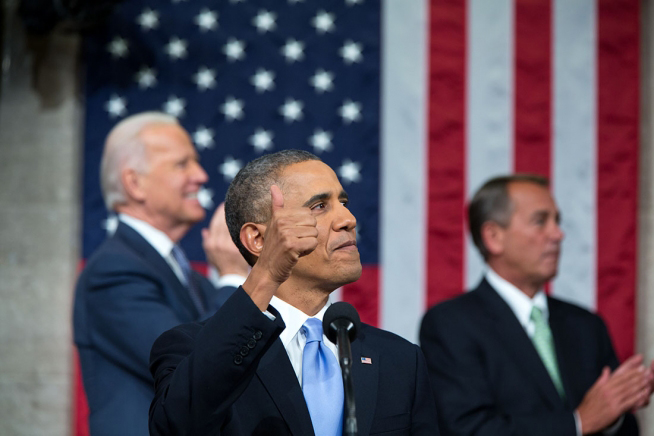 President Obama responds to applause for a wounded veteran during the 2014 State of Union Address.(photo: The White House)

CARLSON: Well, I think the President is in a bit of a bind on this question about natural gas. On the one hand, there’s no question that burning natural gas, as opposed to burning coal, is significantly less greenhouse gas intensive. On the other hand, getting the natural gas out of the ground through fracking produces greenhouse gas emissions, and there’s a big debate about whether those emissions that we’re getting through the fracking process offset the reductions that we get from burning natural gas in place of coal.

CURWOOD: Now the President actually suggested that we start converting the American auto fleet to run on natural gas, embedding natural gas into the economy deeper. What do you make of that?

CARLSON: I found that statement curious, and I was wondering whether what he really was focused on was the conversion of trucks to natural gas. There is a big move to convert trucks. A lot of companies have found that natural gas price declines are making it more cost effective to shift to natural gas engines, but so far the American auto fleet hasn’t followed suit.

CURWOOD: Now, of course, natural gas is one of the reasons that the US is seeing a drop in our total greenhouse gas emissions. And according to the President, he said the US has reduced carbon emissions more than any country in the world over the last eight years. Does that surprise you, and how do you think he got to that number?

CARLSON: Well, that doesn’t surprise me for a couple of reasons. First of all, remember that we are second to China in the total tonnage of greenhouse gas emissions that we emit. That means that in absolute numbers, reductions from the United States are likely to be larger than reductions from other countries. China is still engaged in a path and a policy of strong economic growth, so its emissions are growing, not shrinking. Other countries have seen larger percentage reductions, but the United States, again, in absolute terms has reduced its greenhouse gas emissions more than other countries.

CURWOOD: Obama did say he wants to cut subsidies for fossil fuel companies, and redirect that federal money into renewable energy sources, but I don’t know how many times I’ve heard him say that before. I mean, what kind of traction do you think the idea of cutting fossil fuel subsidies actually has in Washington DC?

CARLSON: I think it has zero traction in Washington DC. I think it’s popular politically. It’s a good sound bite to say, “We’re going to cut fossil fuel subsidies from big oil and put it into renewable energy sources”, but as you say, he’s been saying this for years. It has gone absolutely nowhere in Washington, DC.

CURWOOD: Well, now, there are some things the President can do without the cooperation from the Congress. One of them is moving forward with new, low-carbon regulations for power plants. What does that entail, and what’s the timetable for it?

CARLSON: So the Obama administration has already issued proposed rules for new power plants that will cut their greenhouse gas emissions. Those are very likely to be challenged, but those rules are in draft form right now and have been issued. The bigger thing that the Obama administration can do is to issue rules for existing power plants to cut their greenhouse gas emissions. Now those rules could be very aggressive or they could actually be pretty tepid, and we don’t know yet what they will look like, but we’ll see. He’s likely to issue those rules sometime in early summer of this year. 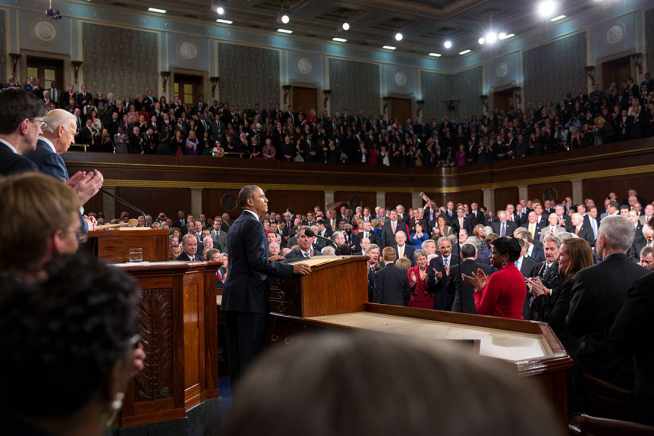 CURWOOD: The President said he’s going to use his executive powers for conservation on federal lands. How might he do that?

CARLSON: Well, there’s an act called the 1906 Antiquities Act that has been interpreted to give presidents very broad power to take federal lands and restrict their uses and turn them into national monuments and so forth, and virtually every president has used this power. Lots of presidents have tended to use it at the end of their terms. So President Bill Clinton established the Grand Escalante National Monument, President George W. Bush declared a very large area a national marine sanctuary, so I think we’re likely to see President Obama use that power and use it as extensively as he can. 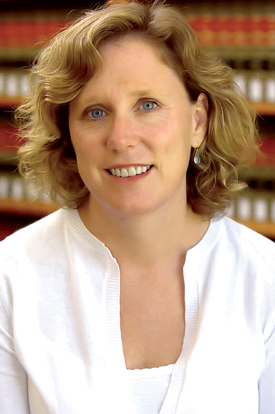 Ann Carlson is a professor of environmental law at UCLA. (Photo: University of California at Los Angeles)

CURWOOD: The President closed this portion of his speech with some very strong words about climate change, not only noting that it’s real, but we’re going to be judged by our children and grandchildren. Ann Carlson, what do you think will be this President’s environmental legacy?

CARLSON: I think this President’s environmental legacy will be a mixed one. I think he has taken serious executive action to try to address greenhouse gas emissions, but I think it’s also fair to say it has not been his central legislative priority, and that he probably could have done more. I think it remains to be seen whether some of the actions that he can still take will burnish his legacy on climate or will limit it.

CURWOOD: Ann Carlson is a Professor of Environmental Law at UCLA’s School of Law. Thanks so much, Professor.

CARLSON: You're welcome. Nice to be with you.