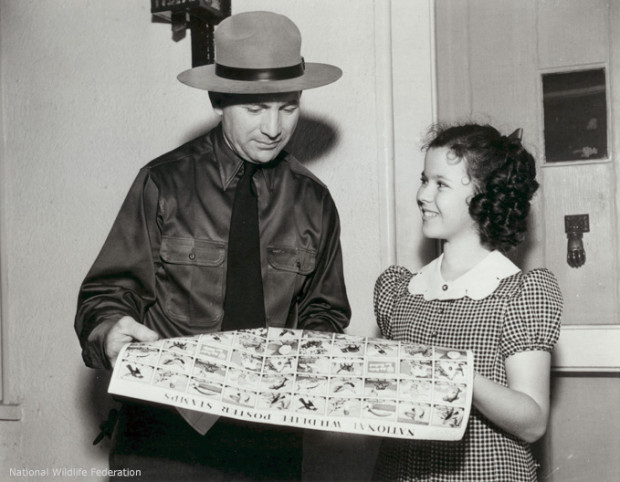 CURWOOD: It's Living on Earth, I'm Steve Curwood. Time for us to take a trip beyond the headlines with Peter Dykstra. He's editor of the Daily Climate.org and Environmental Health News, that's EHN.org, and joins us on the line now from Conyers, Georgia. Hi, Peter.

CURWOOD: So what did you find this week?

DYKSTRA: Well, we’re going to start out on a little bit of a different footing this week. You know, there have been a lot of leakers, information leakers in the news the past couple of years, Julian Assange, Chelsea Manning, Edward Snowden. Whatever you think of them, they’ve certainly brought a lot of information to light that the world wouldn’t otherwise know. And now there’s a constructive copycat effort in the UK. There’s a WikiLeaks-style site that’s been launched WildLeaks. Their goal is to uncover environmental crimes like poaching and illegal logging. They’re hoping to serve as kind of a hub for whistleblowers to help rein in wildlife crime.

CURWOOD: This is a little different from Assange and Snowden and company. The WildLeaks folks don’t seem likely to get accused of espionage, are they - at least, so long as they stay in the UK?

DYKSTRA: Well, as long as they stay in the UK, it might be more dangerous in the places where there’s a lot of money to be made from poaching. It’s a huge industry. There’s no controversy about how bad it is elsewhere - poaching, illegal logging. Wildlife crime is immense; it’s worth $17 billion a year around the world. That makes it the fourth most lucrative type of crime on Earth, behind narcotics, counterfeiting, and human trafficking.

CURWOOD: So WikiLeaks for forests and wildlife; what else you do have out there this week?

DYKSTRA: Well, here’s something you probably didn’t know about one of America’s biggest conservation groups in the US, the National Wildlife Federation. NWF was founded in the 1930’s; it’s always been the meeting point between hunters and conservationists, this group of rugged outdoorsmen. So you want to guess who the first big celebrity Hollywood spokesperson was for this group?

CURWOOD: From that era, I guess you’re going to suggest a man’s man, John Wayne or Gary Cooper.

DYKSTRA: No, how about Shirley Temple? America’s sweetheart back in the Depression. When she was 11-years-old, she was the honorary chair of Wildlife Week for the National Wildlife Federation. We saw a lot of tributes this past week to the late Shirley Temple Black. We were reminded that she went from being a child star to having a grown-up career as a diplomat. But she also, when she was a grown-up, served on the National Wildlife Federation Board back in the 1970’s.

CURWOOD: Shirley Temple, with all those curls, a tree-hugger. Anything else out there?

DYKSTRA: Yes, about a month ago, you and I talked about Cheerios committing to using non-GMO ingredients, maybe not that big a deal since there’s no such thing as genetically modified oats, but there are three more iconic American foods out there making big changes. The first one is Kraft Singles American Cheese. They’re taking out artificial preservatives from the cheese. Kraft singles are technically a “cheese product,” and each slice is still probably come in its own little plastic sleeping bag, but it won’t have preservatives any more. The second one: M&M’s. It’s been two decades since M&M’s broke their own color barrier – they introduced blue M&Ms. You might remember that George Carlin gave us a warning about this, he said there’s no such thing as blue food. And in fact that dye in blue M&Ms is a synthetic dye, but the M&M’s manufacturer says it’s working on an algae-based dye to bring in the real stuff rather than synthetics.

CURWOOD: OK, Peter, you said three, so what more?

DYKSTRA: Well, here’s the final one. Big down here in the south, there are 1,700 Chick Fil-A fast food restaurants. Chick Fil-A says they’re on a five-year schedule to go to antibiotic-free chicken with all their chicken.

CURWOOD: Wow. Well, what about corn dogs getting healthier? Any word on that?

DYKSTRA: No news there. You and I have known each other for a while. I don’t have the best diet in the world, but I am proud to say that I have avoided corn dogs for half a century. If you want a word for corn dogs, I’m afraid it’s one I can’t use on the radio.

CURWOOD: Well, we better to move right onto the calendar. What do you have for us this week?

DYKSTRA: How about a little happy birthday shout-out? A 155th birthday for Professor Svante Arrhenius. And why should we care about him? Svante Arrhenius was a Swedish chemist and physicist and back in 1896 – you go back to when Grover Cleveland was the President of the United States – Svante Arrhenius published a global warming paper, peer-reviewed paper that said that coal-burning was probably going to lead to a future threat to warm the earth. Svante Arrhenius, happy 155th birthday. He’s one of our greatest I-told-you-so scientists.

CURWOOD: Happy birthday to you, Svante Arrhenius! And thank you to you, Peter Dykstra, publisher of EnvironmentalHealthNews.org and the DailyClimate.org. Talk to you soon, Peter.

DYKSTRA: Talk to you soon, Steve. Thanks a lot.