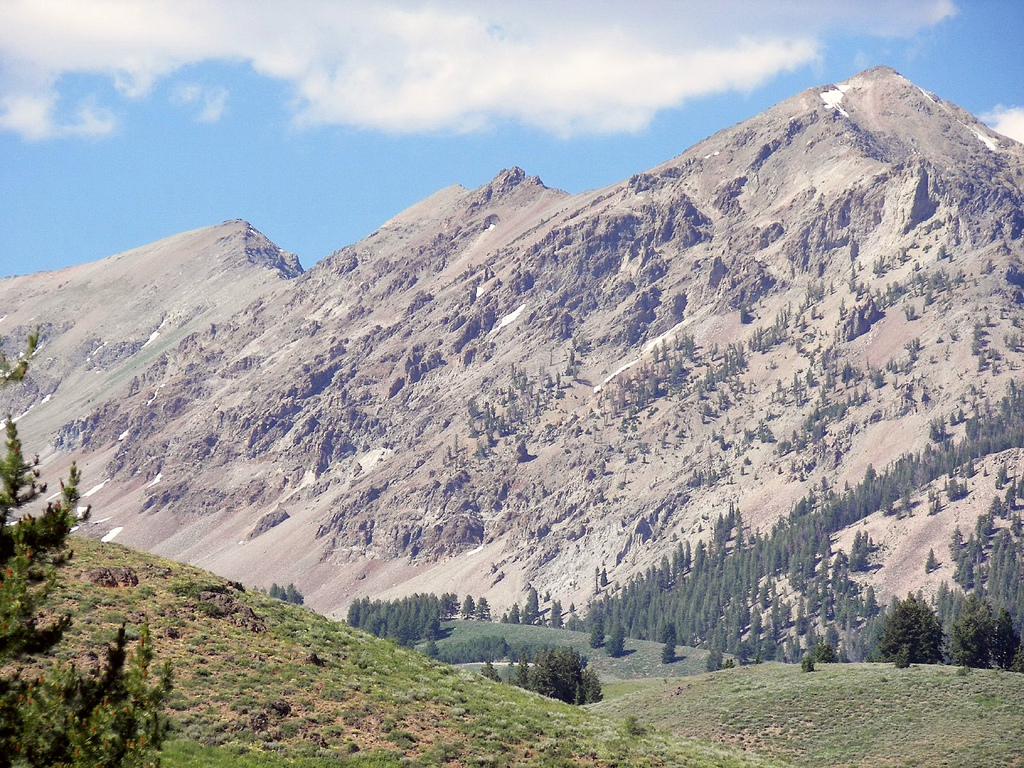 CURWOOD: President Obama recently promised to use his executive authority to take action when Congress is stuck, and one of his most powerful prerogatives relies on the 1906 Antiquities Act. That law allows the president to declare almost any federal land a protected national monument. Last year President Obama designated five new national monuments, including Rio Grande del Norte in New Mexico and the San Juan Islands in Washington State. Now conservationists are lobbying the White House for more. Here's Ryan Bidwell, National Monument Campaign Director for the Conservation Lands Foundation. Welcome to Living on Earth.

BIDWELL: Thank you very much for having me.

CURWOOD: So what does it mean for a piece of land exactly to be designated as a National Monument? What kind of additional protection does that offer?

BIDWELL: In general, these are areas that would be set aside from oil and gas development, mining...set aside so they wouldn’t be traded or sold off into private lands. But beyond that, management of a National Monument is really conducted in a way that accommodates the individual values of the land, and incorporates public input so people get to be part of the process.

CURWOOD: Now I believe that President Obama has set aside some nine National Monuments so far, ranging from territories to buildings. What’s the process like under President Obama to get one of these named?

BIDWELL: The administration has been very clear from the beginning that it wants to go about creating new National Monuments in an open and transparent way. So we’ve seen, as you said, nine new National Monuments established to date. In all instances, these were long-term campaigns to protect important places, whether they were historic sights like the Harriet Tubman Underground Railroad National Monument, or large landscapes like the Rio Grande Del Norte in New Mexico. All of them had local community efforts, most efforts had legislation in Congress that had failed to move, and ultimately those community groups petitioned the Obama administration to get more involved, and ultimately to create a National Monument in their area.

CURWOOD: So this is different from other presidents. So far Mr. Obama has not on his own just initiative said, “Hey, this place is so special we need to preserve it. Here’s my pen.”

BIDWELL: Quite the contrary. The administration has listened hard to people on the ground, in particular to members of Congress who have often asked the administration to get more involved. Unfortunately, we’re dealing with a historically anti-conservation Congress. For many, many years, protecting our historic sites, our natural areas was a very bi-partisan tradition. These days, we’re in the midst of a five-year drought of any conservation bills moving through Congress, the first time we’ve seen that since WWII. So it’s no surprise in my mind, that members of Congress and local communities are turning to the White House to ask them to move forward with conservation for areas that they hold dear.

The Rio Grande Del Norte is a recent addition to the US National Monuments. (BLM New Mexico)

CURWOOD: Now, I know these things can fall along party lines, but I understand that there’s an initiative to protect the Boulder-White Clouds in Idaho, which is pretty much a Republican delegation there.

BIDWELL: Yes, Congressman Mike Simpson has been the primary champion of the Boulder-White Clouds for more than a decade. The congressman, as you might imagine, as a Republican is not strongly in favor of President Obama declaring the Boulder-White Clouds a National Monument, and I think would much prefer to see his legislation move. But unfortunately that legislation hasn’t succeeded. So as is the case in other places, the local community there has started a conversation about a National Monument as different way to accomplish the same objectives.

The Boulder-White Clouds are a truly unique landscape - high mountain peaks with snow and ice, old growth forests. It’s one of the largest, roadless landscapes in the lower 48 that doesn’t have any permanent protection. It’s also home to the highest elevation runs of Pacific salmon in the United States, as well as just incredible access for recreation, for hiking, fishing and mountain biking, etc.

CURWOOD: What are the top two or three or four places on your list that you think likely could or would become National Monuments before President Obama leaves office?

BIDWELL: Two places that we’re working on right now that I think have great opportunity are the Oregon Mountains Desert Peaks in southern New Mexico where Secretary of Interior Sally Jewell was just visiting with the local community a few weeks ago, and heard directly from the community about their support for a National Monument. Another area is the Stornetta Public Lands in Mendocino County, California, an area the local community is asking to have added to the California Coastal National Monument that was established originally by President Clinton. That area also saw a visit from the Secretary back in November.

The San Juan Islands in Washington State were designated a National Monument by President Obama in 2013. (Patrick McNally)

CURWOOD: Ryan, tell me, how much does it cost to create a new National Monument?

BIDWELL: Given that the President can create a new National Monument with the stroke of a pen, by signing a Presidential proclamation, there’s really no direct cost in the short term for creating a National Monument. After monuments are established, a new management plan is developed with the public involved that decides how the monument is taken care of, whether there’s a need for a visitor’s center, a campground, trails or other visitor’s services, and it’s really through that process that it’s determined exactly how an area will be taken care of, and whether or not there’s a need for new resources to make the area accessible to the public. Ultimately, it’s up to Congress to establish the budget, and it’s that budget that guides what resources the Park Service and the BLM and the Forest Service has available to take care of these kinds of places.

CURWOOD: Why do you think it’s important for the President to use the Antiquities Act to protect federal lands in this way?

BIDWELL: It’s really a great American tradition. It’s been called one of our greatest ideas as a nation. And I believe personally, and I think all the communities that we’ve worked with around the country would strongly agree, that that legacy is not complete. We have a great opportunity to continue to expand the diversity of sites that are protected in this nation, and continue to make sure that we have a system that works for all Americans in all places.

CURWOOD: Ryan Bidwell is the National Monument Campaign Director for the Conservation Lands Foundation that’s based in Durango, Colorado. Thanks so much, Ryan, for taking the time today.

BIDWELL: Absolutely. Thank you very much.

Wilderness Society’s Explanation of the Antiquities Act of 1906