Image: As You Sow

Activist investors in major fossil fuel companies have been filing shareholder resolutions that ask the corporations to disclose their plans to address global warming, and the potential carbon regulation that could be coming. Danielle Fugere, President of the shareholder advocacy group As You Sow, tells host Steve Curwood that Exxon Mobil has agreed.

CURWOOD: As the climate crisis becomes more apparent, shareholders are pushing fossil fuel corporations to say what impact global warming will have on company value, and now the two largest energy companies in America have responded. Coal giant Peabody Energy has told the Connecticut State Pension fund it will soon disclose its plans to deal with climate risk, and Wall Street is already discounting coal.

FUGERE: We just did an analysis off the cuff, but we looked at US coal mining companies and the majority of them, they’ve lost 65 to 75 percent of their value.

CURWOOD: That’s Danielle Fugere, the President of the shareholder advocacy group As You Sow. She says Exxon Mobil has just agreed to report how it plans to operate in a carbon-constrained world. In exchange, As You Sow and others withdrew a shareholder petition. Danielle Fugere says it's part of a growing trend.

Coal companies will have a particularly hard time adapting to carbon regulations because coal is more carbon intensive then most fossil fuel sources (photo: bigstockphoto.com)

CURWOOD: Now, what exactly has Exxon agreed to disclose?

FUGERE: They have agreed to provide us information on how they assess the risk of a low-carbon scenario other than placing a price on carbon which they do now, but we don’t think that price is reflective of how constrained the companies might actually be, if the world responded to a two degree limit. They’ve agreed to assess the viability of their assets under 80 percent by 2050 reduction of greenhouse gas emissions, whether they’re tracking with IPCC. So some of these worst-case scenarios are they looking at those, and how is the company going to perform under those type of conditions.

CURWOOD: This is the Intergovernmental Panel on Climate Change, the science reports on this. 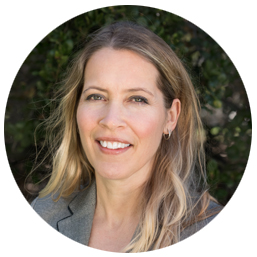 Danielle Fugere, President of As You Sow (photo: As You Sow)

CURWOOD: Now Exxon has significant investments in natural gas. To what extent will they be able to claim that natural gas is a solution to their carbon problems, given the lower-carbon density in gas compared to oil?

FUGERE: Well, we are seeing that companies are thinking about moving to natural gas. A coal company that we brought the first carbon-asset resolution against or carbon bubble resolution, Consol Energy, which primarily was a coal company, they actually have sold off 50 percent of their coalmines and are now pursuing natural gas. Now, I think there are still questions about natural gas. It does burn at a lower-carbon intensity, but the question is how much leaking from the system occurs from production all the way to use, and if these systems are particularly leaky, if three percent of the gas is leaking, that means that natural gas may be worse than coal. So companies feel that natural gas is the way to go, but the question still remains whether that is the case, or whether we just need to get off fossil fuels entirely.

CURWOOD: You filed another shareholder resolution regarding Exxon’s use of natural gas fracking. Tell us about that.

FUGERE: Well, what we have been doing is asking natural gas companies to provide quantitative information about whether they’re using best management practices because many of these companies, Exxon is one, that says, “We’re doing great. We are very protective. And don’t worry.” But we’re finding that’s insufficient to assure shareholders that that company can remain in business or even, as we see more and more moratoriums be put in place, be allowed into certain areas to get the natural gas out. So we’ve asked them to report on water management, what kinds of water are they using, are they recycling, are they putting their waste in open pits which can spill or are they putting them in tanks, what are they doing in terms of air quality, and a variety of those kinds of issues.

CURWOOD: And how has Exxon responded to that shareholder resolution?

FUGERE: Well, we believe we will be able to withdraw on that resolution as well, which would be a huge success because we’ve been talking with Exxon for five years. This is our fifth year, and so to finally have them be willing to provide additional disclosures on these issues is really important.

CURWOOD: What’s changed at Exxon? We carried remarks not long ago about the CEO getting upset about fracking in his own neighborhood where he lives in Texas. Folks at the top had a change of heart?

FUGERE: Well, maybe it’s hard to complain about fracking in your neighborhood and to not expect other people to have the same concerns. So, you know, I can’t say what’s in their minds, but all we can say is that this new proactiveness, and this willingness to engage meaningfully with shareholders is very welcome.

CURWOOD: Overall, what role do you think shareholders can play in the effort to curb climate disruption?

Many companies are embracing natural gas as a cleaner fossil fuel, but methane leaks could offset some of the benefits of natural gas (photo: bigstockphoto.com)

FUGERE: Well, this is an important role. I think for a long time one was able to assume that fossil fuel companies were a good investment. Times are changing, energy markets are changing, demand for these fuels is changing, and the cost of these fuels is changing. And shareholders are bringing this to the attention of the world and to policymakers, in fact. What we are also trying to avoid is the scenario of a carbon bubble where you have a lot of overvalued fossil fuel companies, and all at once the market recognizes that and the market bubble bursts and a lot of people have lost their investments. And so what we believe should be happening is money should be moving out of fossil fuel and into alternative resources, and that’s not to say that these fossil fuel companies cannot diversify. They need to start paying attention and figuring out how they will be in business in 10, 20 years, and that very likely is going to require diversification of assets moving into cleaner sources of energy.

CURWOOD: Danielle Fugere is the President of As You Sow in Oakland, California. Thanks so much for taking the time today, Daniel.

CURWOOD: We asked Exxon Mobil for comment, but they didn't get back to us by our deadline.