The Mysterious Sound Of Snipe 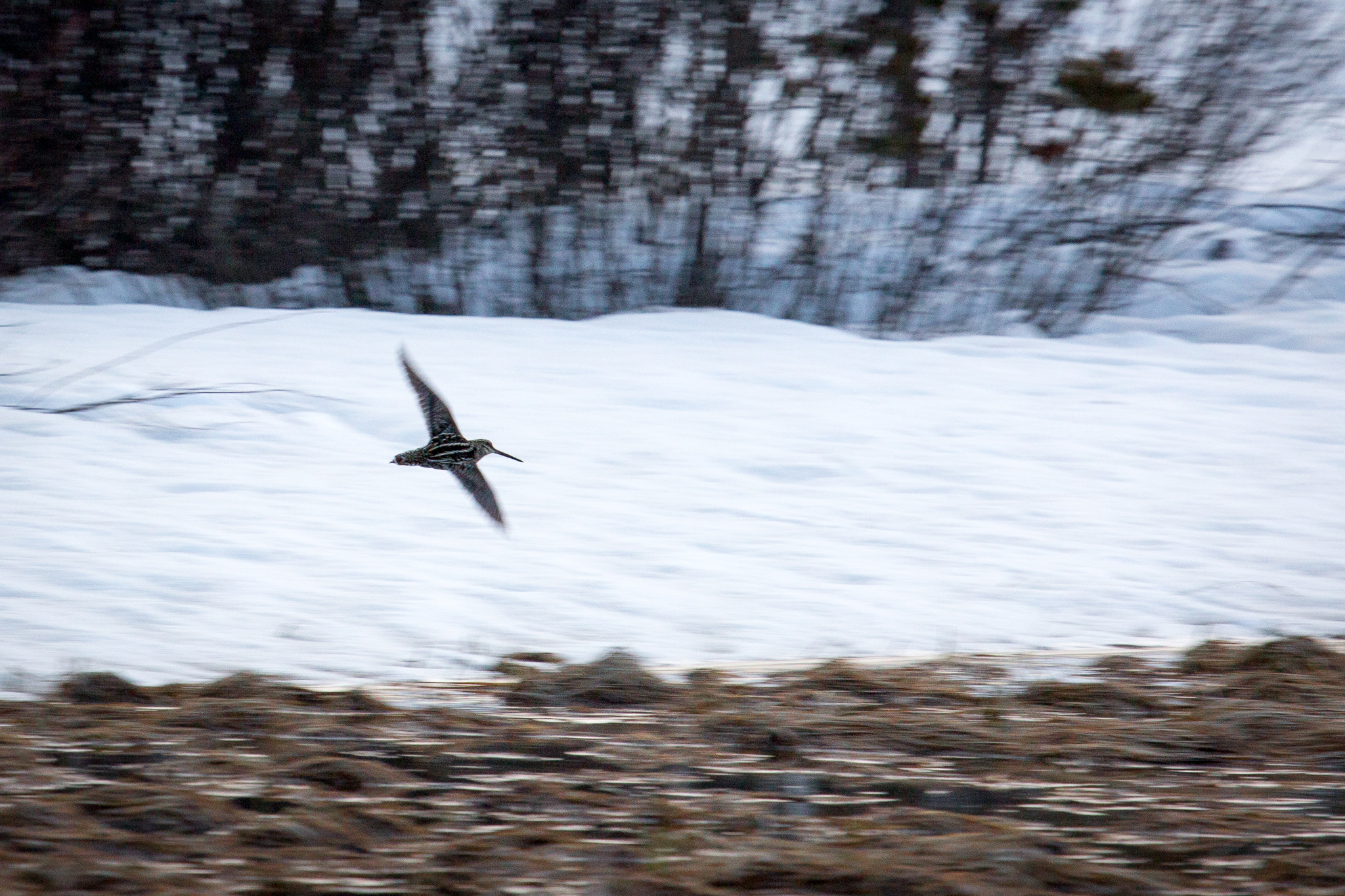 In springtime a weird sound echoes above the flooded meadows and marshes of Yellowstone National Park as dusk gathers. In this audio postcard producer Jennifer Jerrett investigates the mysterious reverberations from a bird called Wilson's snipe.

CURWOOD: In the spring, many Americans long to head out to the wild country, maybe to one of America’s glorious National parks. Anyone lucky enough to get to Yellowstone in spring will find its grassy meadows flooded and marshy. And as the dusk falls, a peculiar sound rises out of the gathering dark. What makes this sound is surprising enough, but how it's produced is truly extraordinary, as producer Jennifer Jerrett discovered when a park birding expert revealed the mystery.

[THE STACCATO, RISING-PITCH SOUNDS OF A WILSON'S SNIPE'S WINNOWING FLIGHT]

DUFFY: So it's not really a vocalization. It's not a call. What you heard is a Wilson's snipe doing it's territorial sound, but it's made with its wings and its tail.

DUFFY: What male Wilson's snipe do this time of the year - in the spring - they do this flight - these winnowing flights is what they're called. So each time they flap their wings it pushes air through the stiff outer tail feathers and it makes that "woo woo woo woo woo" kind of sound.

DUFFY: They make that sound to establish their nesting territory and attract a female. It's a courtship sound.

DUFFY: I've had people describe it to me in various ways. They sometimes think it's an owl. They're not sure what it is. Some people think it's a motor noise...

DUFFY: …It's a metallic sound. It's going on over your head so it's really hard to pinpoint where the bird is. Plus the bird's tiny. It's about the size of a robin. They're actually very delicately beautiful when you get to see them up close. It's a really neat bird. It's a bizarre little bird.

[WINNOWING SOUND; SOUNDS OF DUCKS IN THE BACKGROUND]

DUFFY: It's eerie. It's strange because it's often happening at dusk or at night, so it's coming out of the darkness. That's what's fascinating is that it happens at a time that's sort of magical. I always think of dusk as magical because almost anything can happen. Your imagination kind of goes wild and when you hear sounds out of this, oh, semi-darkness, they seem ethereal... otherworldly... wild... and they are. And it's neat. We use other senses. I love when we use more than just our eyes. 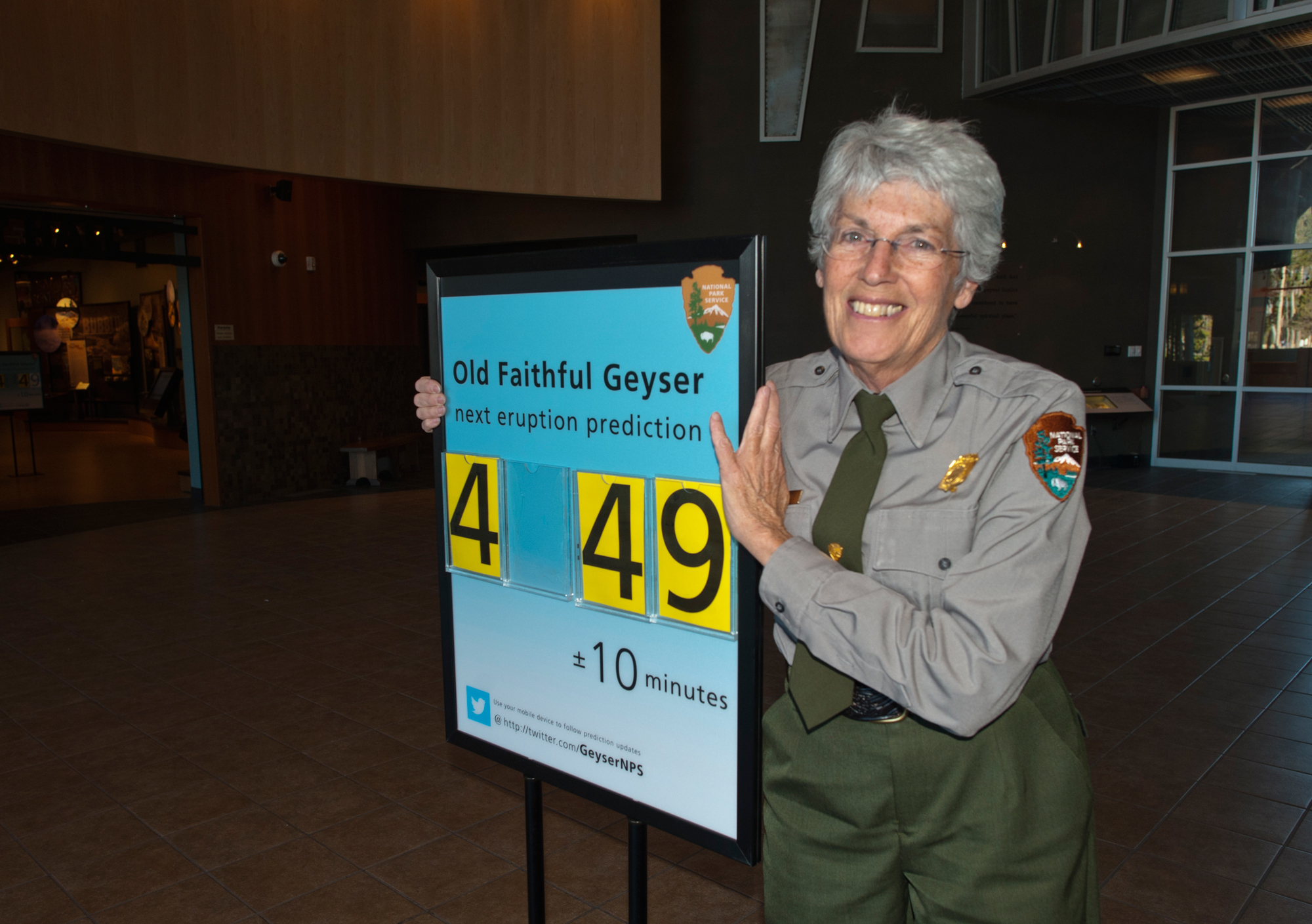 Yellowstone Interpretative Planner, Katy Duffy. The notice board announces the time of the next eruption of Old Faithful. (Yellowstone National Park)