Taking The Lead On Climate Change 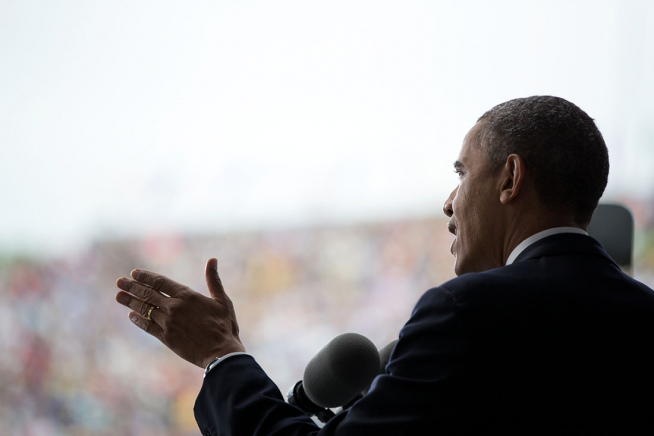 President Obama believes global warming threatens national security and the US must lead to control emissions. Proposed new rules to curb coal-fired power plant pollution are among the most far-reaching executive actions to combat carbon. Europe has strong climate controls, but many newly elected EU lawmakers are wary of regulation. Wendel Trio, director of Climate Action Network, tells host Steve Curwood that as Europe looks to the next UN summit, it hopes the US will be a climate change leader.

CURWOOD: From the Jennifer and Ted Stanley Studios in Boston and PRI, this is Living on Earth. I’m Steve Curwood. New federal rules on global warming emissions from existing coal-fired power-plants could prove one of the most lasting legacies of President Obama. Congressional reluctance to enact carbon-control legislation has caused the president to act through regulation - such as tightened fuel-efficiency standards for vehicles. The Administration's latest National Climate assessment, released on May 6, stresses the urgency of action. Climate change is here, now, and threatens our food, water and National Security. And the President made a point of underlining that security issue to America's elite army graduates at West Point on May 28. He says the nation needs to work through international law, cooperating with allies, to face all threats.

OBAMA: That spirit of cooperation needs to energize the global effort to combat climate change -- a creeping national security crisis that will help shape your time in uniform, as we are called on to respond to refugee flows and natural disasters and conflicts over water and food, which is why next year I intend to make sure America is out front in putting together a global framework to preserve our planet.

CURWOOD: Next year, delegates will meet in Paris for crucial negotiations aimed at strengthening the UN treaty to control carbon emissions. To date, Europe has led the way towards a worldwide agreement, and adopted mandatory limits on global warming gases within its own borders, while the US has dragged its feet and opted out of the Kyoto protocol. But in the recent European Parliament elections, citizens expressed deep frustration with the EU and its institutions, voting in vastly increased numbers for fringe parties often hostile to central control and regulation. This could affect the European approach in the upcoming climate talks, so we called Wendel Trio - he's Director of Climate Action Network in Europe - to see what he thinks.

TRIO: Europe has engaged itself on a process to develop new climate and energy legislation for the period after 2020. That process will continue irrespective of having more Euro skeptics in the European Parliament because the process has been developed...it can't be stopped anymore.

CURWOOD: Now the world will be meeting next year in Paris for the international climate negotiations. What do you expect from the EU at those talks, given the mood that’s been set by this election?

TRIO: In general, the mood in Europe at the moment is not extremely positive. Europe feels in many ways that they are a bit isolated in terms of climate action and that other countries are doing far less than what they are doing. So I think what we actually would need in Europe is kind of a new revival of real ambition because without the European leadership role, it would be very hard to come to a real deal in Paris. 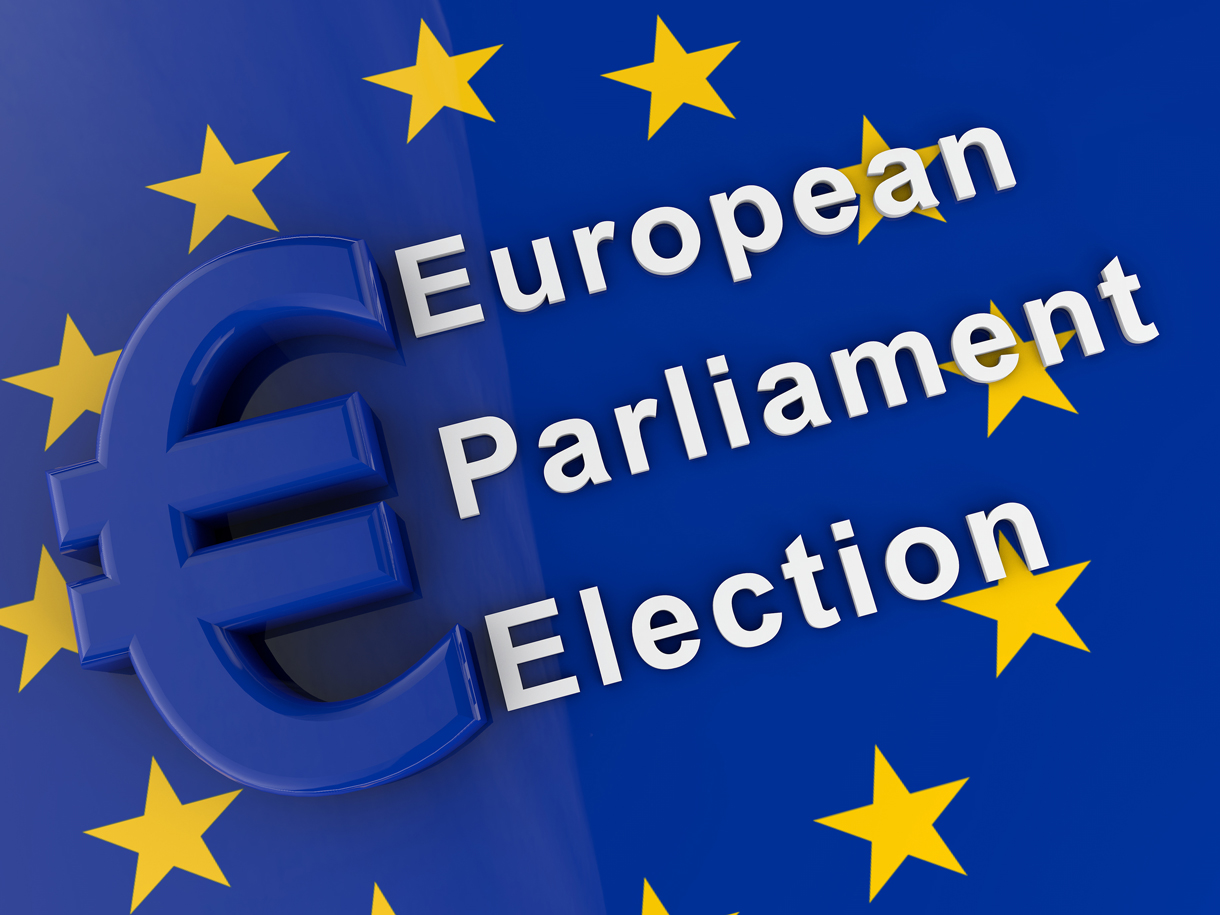 CURWOOD: There are a number of regulations that the Obama administration is working on regarding climate. How important is success in getting those regulations forwarded in the United States to the negotiations in Paris?

TRIO: I think if we can see these new regulations being supported, I think it will show to the rest of the world that President Obama is really serious. I mean, one of those regulations is about setting emission performance standards for power plants - that is something Europe doesn't have, so it would also be setting some kind of an example for Europe. And it might be really a tool that we could use again as European civil society to point to our leaders, “Look, the President of the United States is ready to move forward in the United States and we need to be able to do the same in Europe.”

CURWOOD: What are your feelings now about the prospect for next year in Paris, given the recent elections in Europe, and the other things that we’ve talked about.

TRIO: Well, it’s really a crucial opportunity for the world to do something, but at the moment, the pace of the negotiations and the pace of the preparations of countries to really come with proposals are way too slow. We really need to see more than what is happening now. Unless countries are accelerating their preparations, it might be difficult to get to the right kind of agreement in Paris. 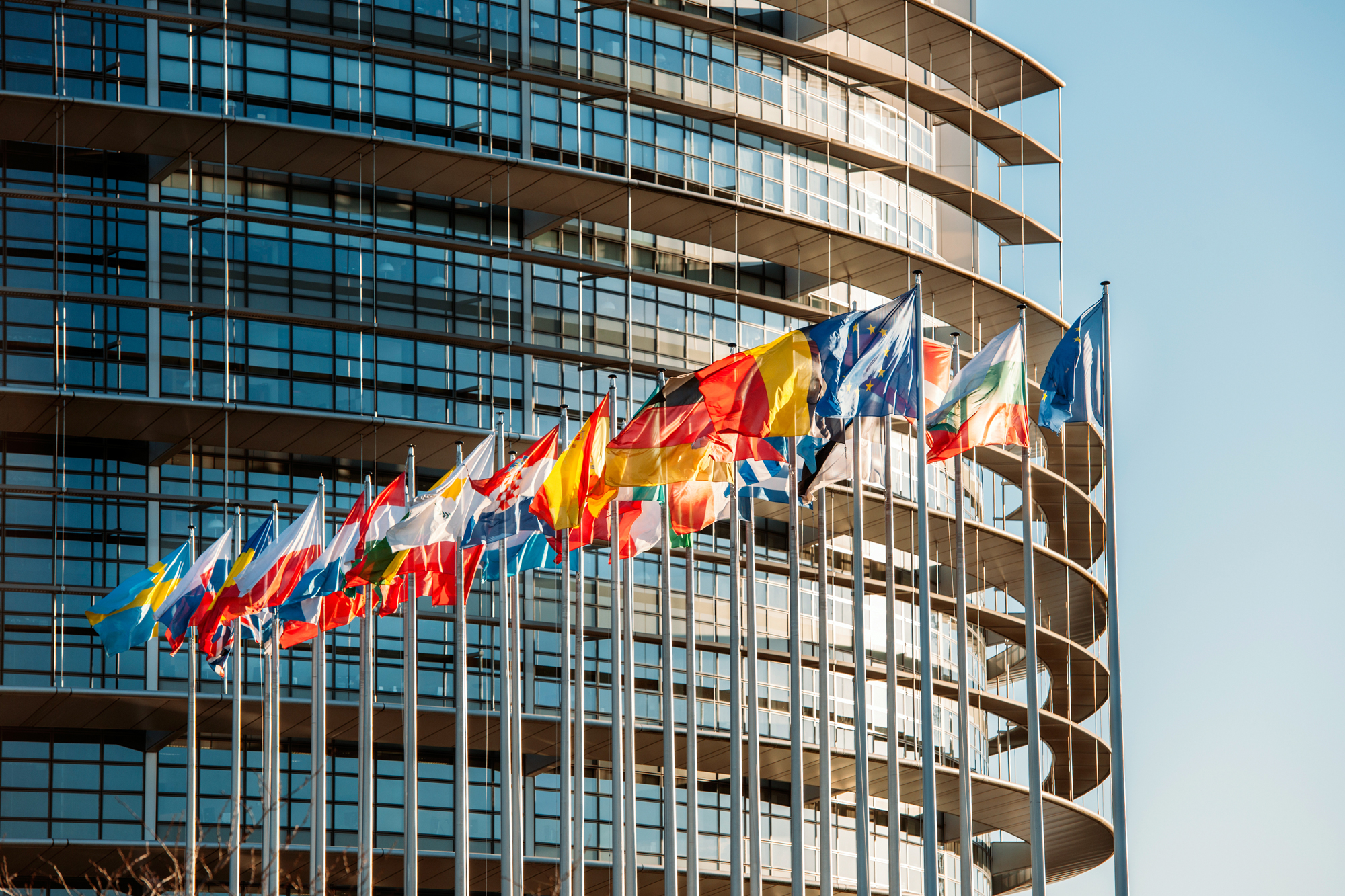 CURWOOD: Wendel Trio is Director of Climate Action Network in Europe. Thanks so much, Wendel.

CURWOOD: For his part, President Obama seems to be doing his best to galvanize climate action from the United States, and he argues that America must be a true leader.

OBAMA: You see, American influence is always stronger when we lead by example.  We can’t exempt ourselves from the rules that apply to everybody else.  We can’t call on others to make commitments to combat climate change if a whole lot of our political leaders deny that it’s taking place.

CURWOOD: The June 2 release of proposed EPA rules for existing power plants may convince the Europeans and other major carbon emitters that the US is finally serious about imposing politically unpopular limits on global warming gases.