US solders are experiencing health impacts from metals they inhaled in Iraq (Pfc. Nikko-Angelo Matos, Dept. of Defense)

In this week’s trip beyond the headlines Peter Dykstra tells host Steve Curwood about flounder in a new place and a possible environmental cause for some health problems of Iraq and Afghanistan veterans.

CURWOOD: We turn now to Peter Dykstra. He's publisher of Environmental Health News, that's EHN.org and DailyClimate.org for a peek beyond the headlines. He's on the line from Conyers, Georgia. Hi there, Peter.

DYKSTRA: Hi, Steve. I’ve got an epic tale from the sea that has everything. 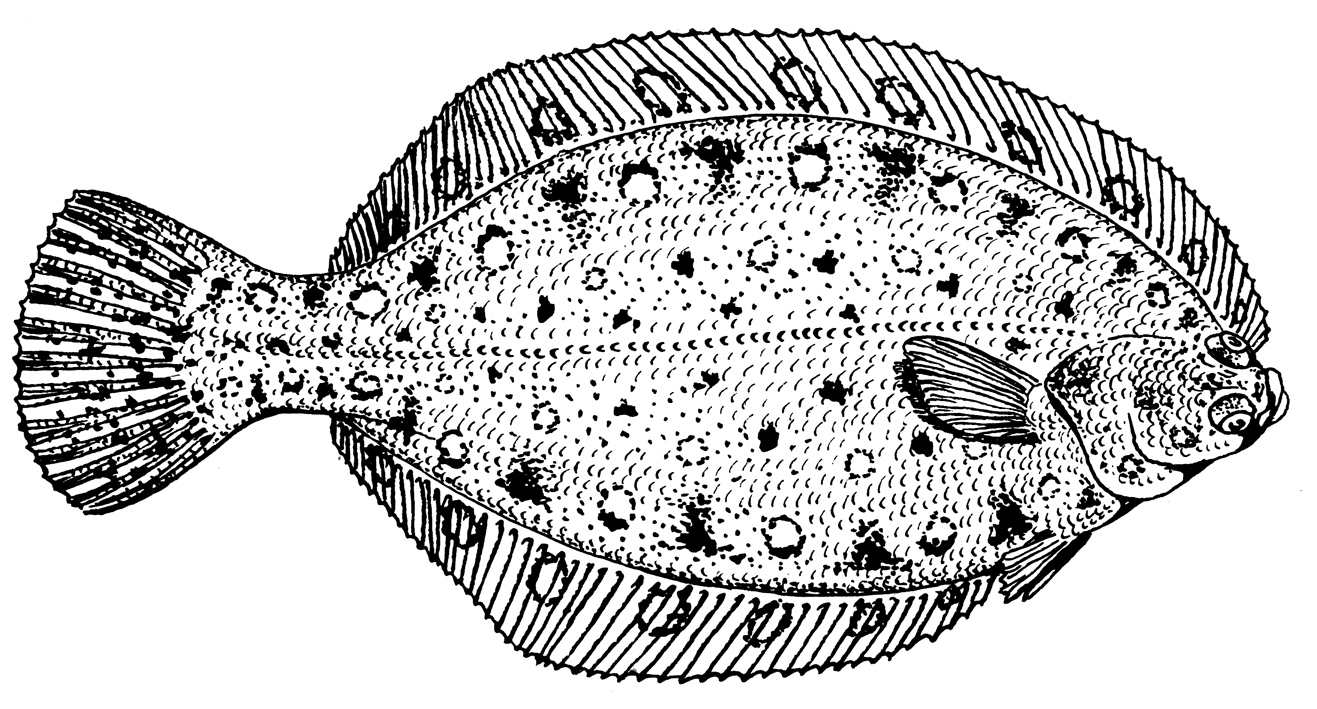 Flounder may not be the prettiest fish, but they’re a popular choice for fisherman up and down the east coast (photo: Pearson Scott Foresman)

DYKSTRA: No, it’s more like “Gone With the Wind” but with flounder, also known as “fluke” to east coast fishermen. They have been through a lot in the last 30 years. The summer flounder population, and the catch for both commercial and sports fishermen dropped dramatically in the 1980s, and then it re-built following the imposition of catch limits that nobody liked.

CURWOOD: Well, except maybe the flounder…

DYKSTRA: Point taken. But these fish, considered to be both delicious and quite ugly, didn’t just bounce back in a big way after the catch limits came in, they bounced back in a completely different place. North Carolina is where most of the flounder boats have always been based, and these days, those North Carolina boats travel all the way to New Jersey. That’s where most of the fish are now. They catch the fish there. They’re entitled to them under an old quota system that was established when the flounder were flourishing off the Outer Banks, but the fishermen in New Jersey and New York are not happy with North Carolina boats working their waters, so it’s a saltwater Civil War in the making. 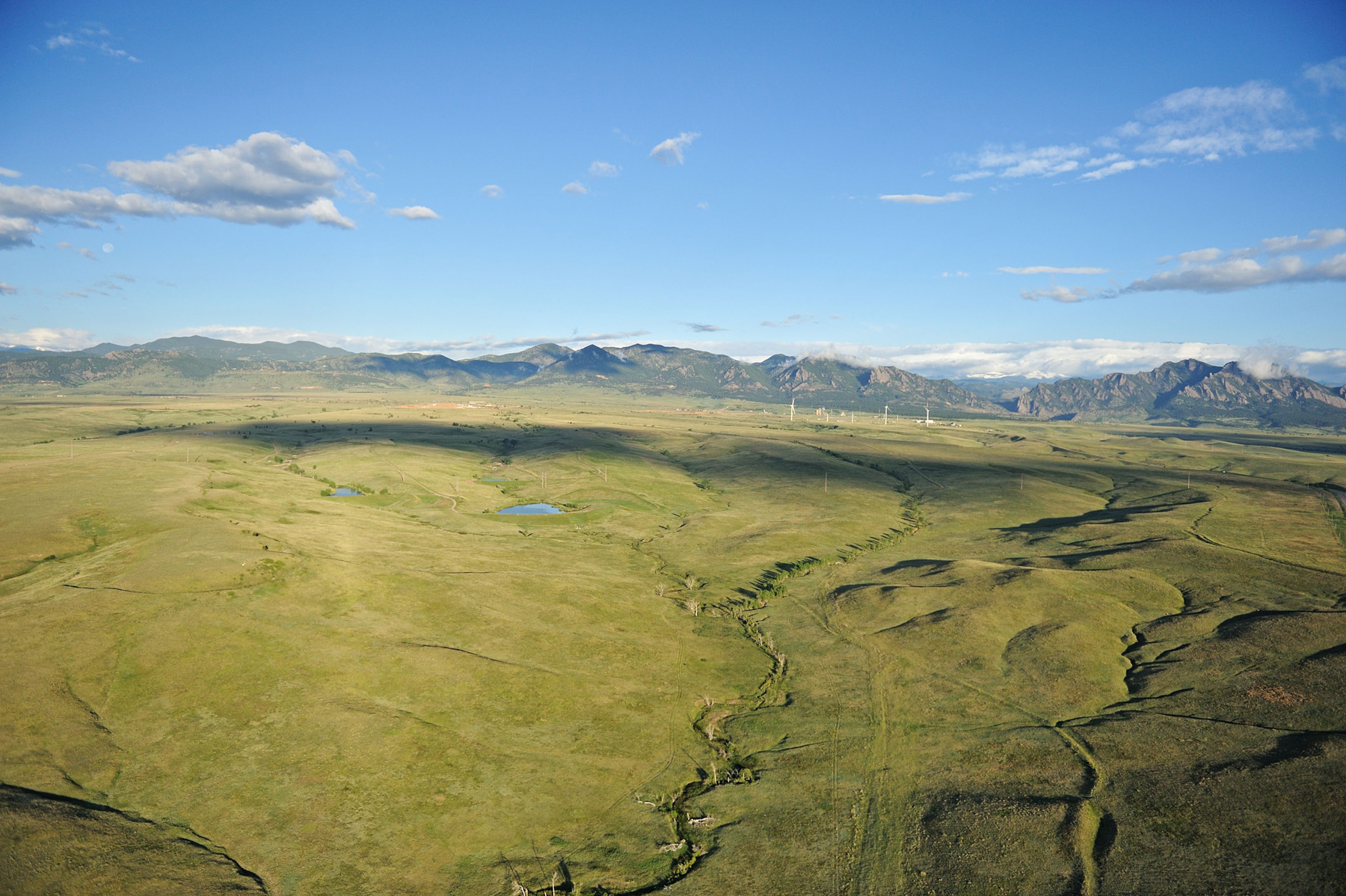 Once a nuclear weapons facility, Rocky Flats is now a wildlife refuge (photo: US Department of Energy)

CURWOOD: So this flip flop is perhaps due to climate change?

DYKSTRA: Possibly, but it’s not clear. There was a NOAA study recently suggesting that it’s not climate change, but other marine scientists say that there’s a link between warming waters and the fish stocks carpet-bagging their way up north. That story, by the way, is from our Daily Climate science reporter Marianne Lavelle.

CURWOOD: Ok. What’s the next item?

DYKSTRA: A good example of a tenacious reporter who “owns” a story: Kelly Kennedy has been following the health problems of veterans of the Iraq and Afghanistan wars for years. She’s focused on burn pits, where military camps disposed of virtually every kind of waste in a big heap and set it on fire - from plastics to machinery to medicine to animal carcasses and sometimes even lost human limbs. Kelly has linked the indiscriminate burning to respiratory illnesses in veterans, but here’s a new one. Her story in USA today cites research linking veterans’ lung damage to “inhaled metals.”

CURWOOD: Breathing metals? How did that happen?

DYKSTRA: Possibly from the burn pits, possibly from exploding ordnance, possibly from other sources, but the veterans tested all had lung damage, and they all had microscopic shards of titanium in their lungs, and as you can imagine, tiny bits of metal can become major irritants for lungs. They’re not equipped to get rid of metal, just like lungs have trouble with coal dust, or cigarette tar, or asbestos fibers.

CURWOOD: As if veterans don’t have enough problems to deal with, health and other things. What’s your environmental history nugget for this week?

DYKSTRA: 25 years ago this week, the Federal government raided itself. About 70 agents from the FBI and the EPA showed up at the Rocky Flats nuclear weapons complex. It was run by the Energy Department. Rocky Flats is about a half-hour’s drive from downtown Denver.

And from the early days of the Cold War up until 1989 when the raid happened, Rocky Flats made the plutonium cores for nuclear weapons. In doing so, they also made an enormous mess. The raid temporarily shut the plant and subsequent investigations led to criminal convictions for Rockwell International, the contractor who ran Rocky Flats for the government. It also led to one of the biggest environmental cleanups in US history.

CURWOOD: And I’m getting the feeling this is not a story with either a happy ending or a quick one. What’s up with Rocky Flats today?

DYKSTRA: Rocky Flats closed for good in the early ’90s, the core site is fenced off, the Superfund cleanup is said to be complete, but some workers are still waiting for compensation for illnesses they say are related to their work with plutonium, with other radioactive substances, and with toxic chemicals.

And here’s one more thing -- the payroll office for the plant, located outside the contamination zone, is now a biker bar and sports bar called the Rocky Flats Lounge. The buffer zone around the site is about 4,000 acres, and it’s now a National Wildlife refuge.

CURWOOD: Peter Dykstra is publisher of DailyClimate.org and Environmental Health News, that's EHN.org. Thanks, Peter, for taking the time with us today.

DYKSTRA: Thanks a lot, Steve, we’ll talk to you next week.

CURWOOD: ...and there's more on thes stories at our website LOE.org.