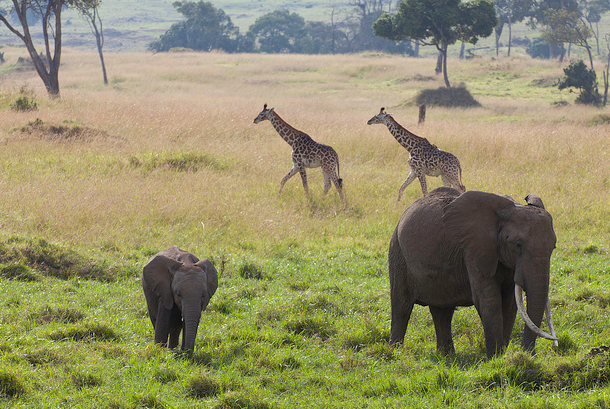 In this Note on Emerging Science, Lauren Hinkel reports on an experiment in Kenya grasslands, where researchers discovered a dramatic shift in ecosystem species when large, native herbivores were removed. This suggests better ways to manage the competition between domestic cattle, people and wildlife.

CURWOOD: It's Living on Earth. I'm Steve Curwood. Just ahead, E.O. Wilson, one of the most celebrated evolutionary biologists is helping Mozambiqans recreate their park. But first this note on Emerging Science from Lauren Hinkel. 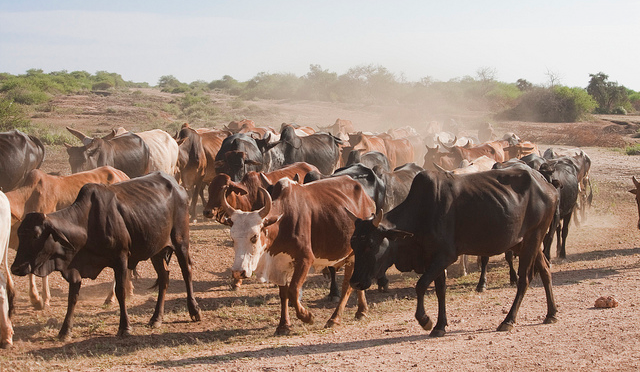 HINKEL: When the elephant’s away, the mice will play—at least that’s what researchers from Bard College and UC Davis found in the Kenyan grasslands.

African savannas are among the most productive ecosystems on earth—home to abundant wildlife from large grazing mammals like giraffes and elephants, to small species like mice and snakes. But ranchers also covet the grasslands for cattle, and domestic herds are increasingly displacing native species.

The researchers designed a long-term experiment on Kenya’s Laikipia plateau to assess how the removal of large, native herbivores affected the savanna ecosystem. 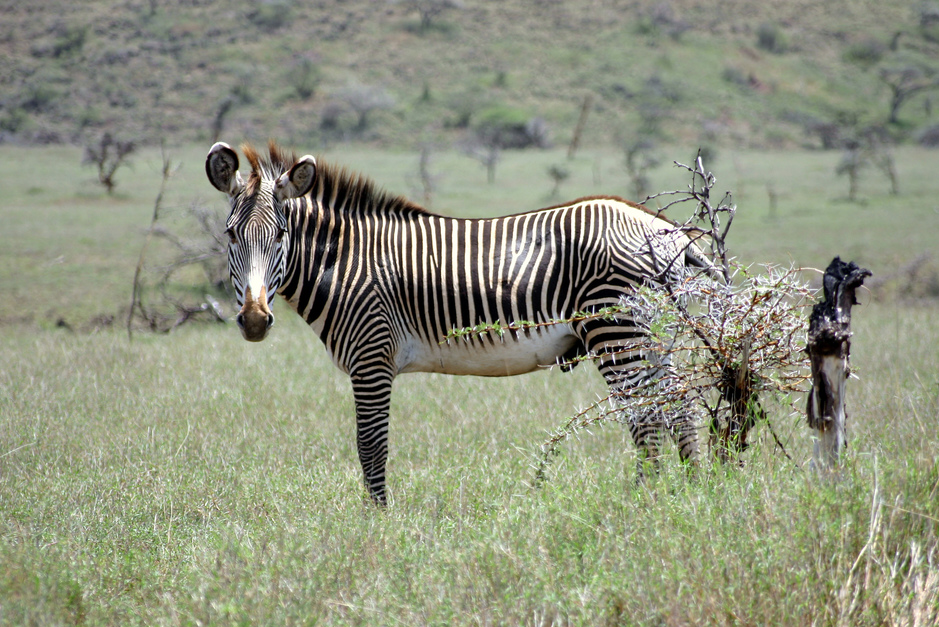 They set up eighteen plots of land enclosed by electric fences at varied heights, which allowed different combinations of cattle and wildlife to interact. For over 15 years, the researchers tracked all the wildlife on each plot, from zebras and insects to the savanna’s only species of tree—the whistling thorn. 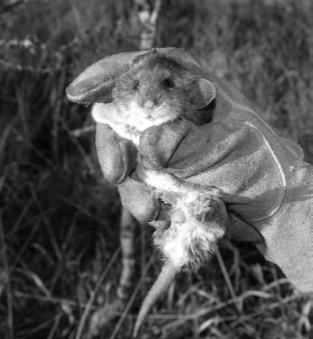 The northern pouched mouse (Saccostomus mearnsi) is the dominant small mammal in the savanna habitat of central Kenya, where the Kenya Long-term Exclosure Experiment is located. These mice represented 85% of the small mammals captured over 11 years. (Photo: Felicia Keesing)

They saw a profound ecosystem shift on the plots that lacked large grazing mammals, and consequently grew longer grass. Most notably, a rodent called the pouched mouse thrived, and brought with it parasites and predators: fleas, ticks and venomous snakes. The researchers speculated that these creatures would bite more people and animals, increasing medical problems and disease in the region. Also, the growing mouse population voraciously consumed whistling thorn seedlings. This impacted the whole ecosystem, as the trees provided food and shade for herbivores, hiding places for predators and fuel for people.
Though the loss of large grazing mammals caused unexpected consequences, researchers are optimistic that now they understand the effects, careful land management of the savannas can strike a balance so that both cattle and wildlife can have their grass and eat it too.

Read the study in BioScience