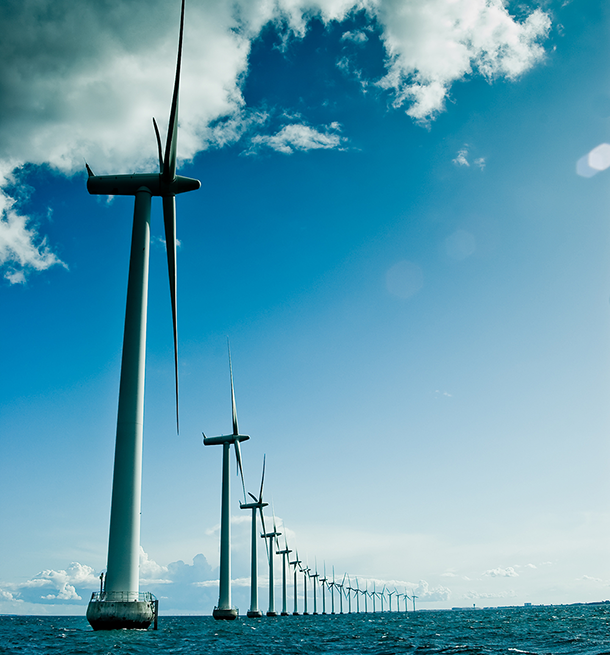 Wind turbines in the Great Lakes could provide a large amount of renewable energy, but stiff opposition and failure to obtain federal grants have put an off-shore wind project in Lake Erie on hold. Julie Grant reports from Ohio.

CURWOOD: From the Jennifer and Ted Stanley Studios in Boston and PRI, this is Living on Earth. I’m Steve Curwood. Offshore wind farms already power more than six million homes in Europe, but so far, no home in America gets energy from commercial offshore wind. It is not for the want of trying. For years there have been efforts to install wind turbines off Cape Cod in the Atlantic. More on that in a moment, but first we go to Ohio. As recently as this spring, a proposed wind farm in Lake Erie near Cleveland looked promising, and then things changed. The Allegheny Front's Julie Grant reports. 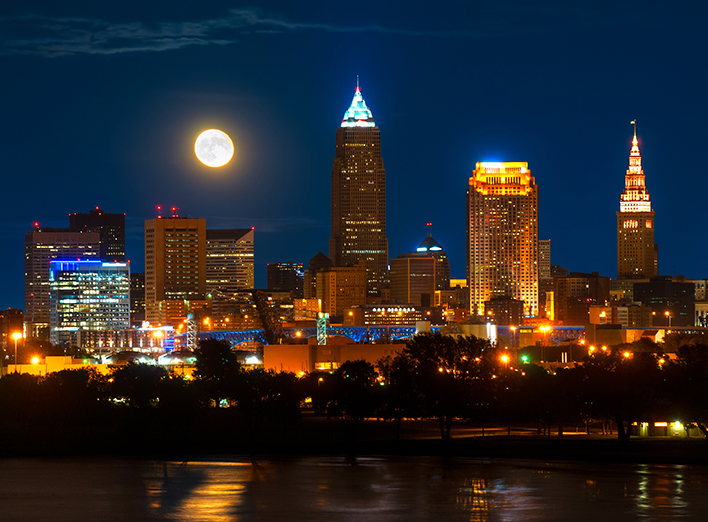 LEED has proposed a wind farm off the coast of Cleveland, but has struggled with funding and pushback. (Photo: Bigstockphoto)

GRANT: The idea for building a wind farm in Lake Erie near Cleveland was hatched ten years ago. Wind energy developer Lorry Wagner says leaders started looking toward the energy sector to create more jobs. That’s when they realized the region’s potential for offshore wind energy.

WAGNER: But the real resource is in the lake, and the reason for that is you get about three times the energy over water due to the higher wind speeds and less turbulence than you do on land. 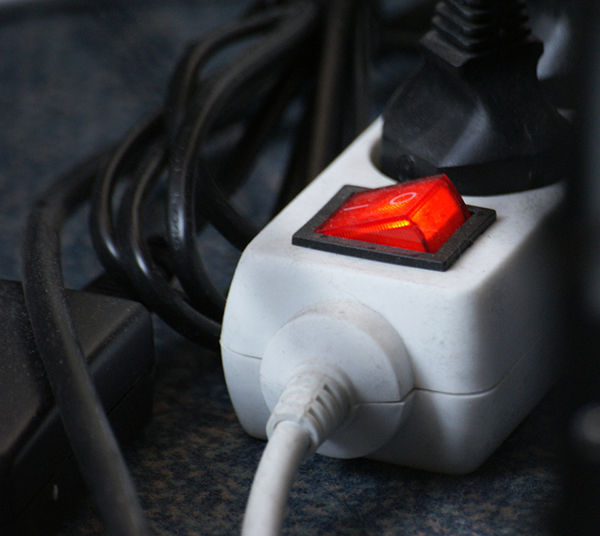 GRANT: The Department of Energy estimates the country has an offshore wind capacity of four million megawatts. That’s four-times the generating capacity of all U.S. electric power plants. Wagner is president of the Lake Erie Energy Development Corporation, a nonprofit known as LEED Co. They started developing a pilot project to build a wind farm out in the lake. Other Great Lakes states were also moving forward with offshore wind. In 2012, Pennsylvania, Michigan and others negotiated with federal agencies to streamline the permitting process, and it looked like the Great Lakes might be the nation’s first region to get a project in the water. And LEED Co.’s wind farm was in line to be that project. LEED Co. was in the running for a $47 million dollar grant from the Department of Energy to get things started. 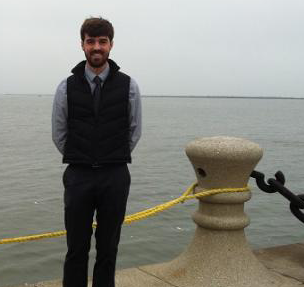 GRANT: I met with LEED Co spokesman Eric Ritter in late April on the Cleveland pier. He pointed out into the Lake, at where they planned to build six turbines. Each would be taller than the Statue of Liberty. Ritter was confident LEED Co. would win.

GRANT: But they didn’t get good news. Last month, the Department of Energy granted the money to offshore wind projects on the east and west coasts. Cleveland newspapers have called it a gigantic setback for LEED Co., saying it may be time to pull the plug on the project. In fact, the tide seems to have turned on wind development throughout the Great Lakes region. There’s been vocal opposition. Some people are worried turbines might ruin their lake view. Others, like Michael Hutchens of the American Bird Conservancy, say they might harm migratory birds. 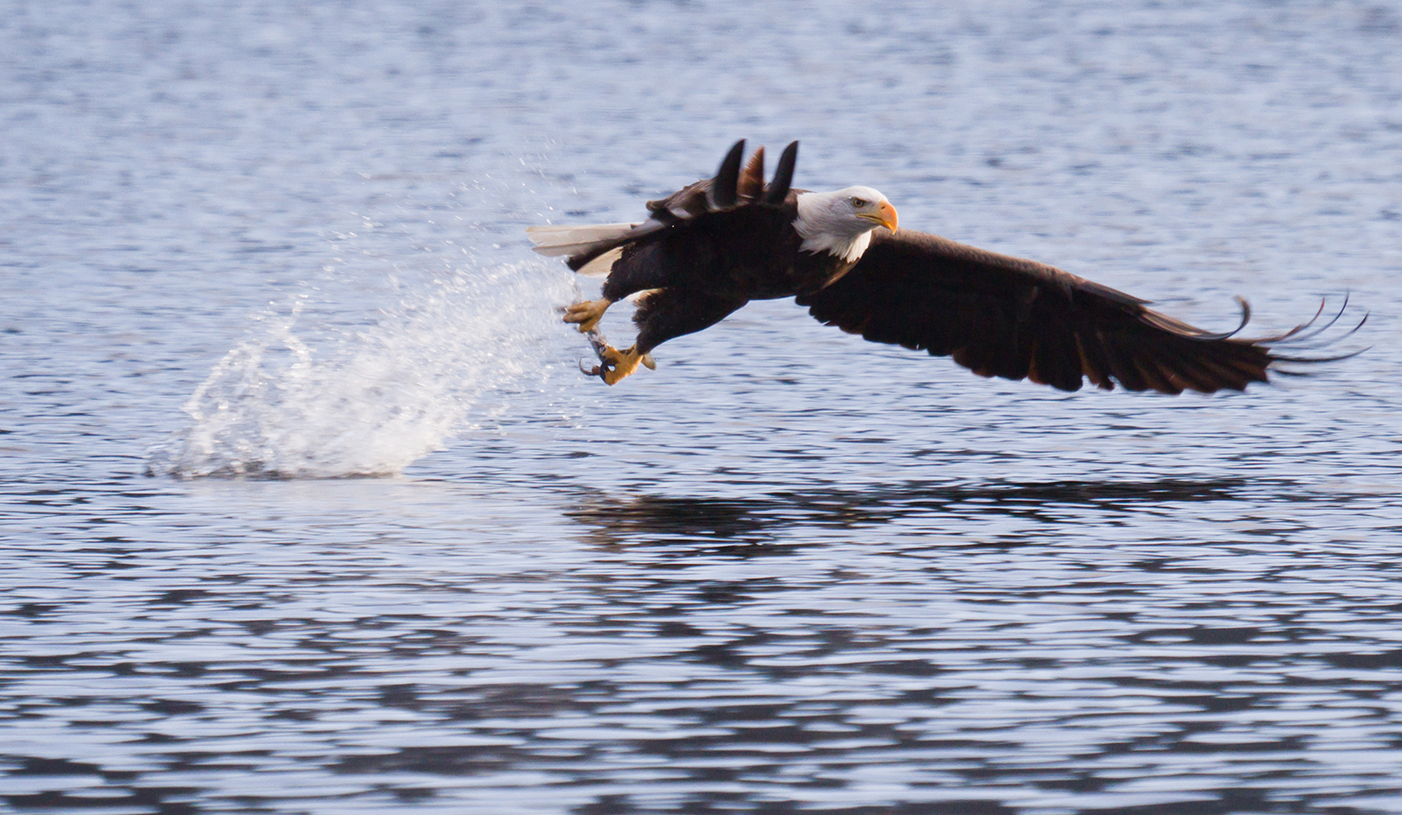 Some worry that the turbines will pose a risk to birds such as the American Bald Eagle. (Photo: Bigstockphoto)

HUTCHENS: Because of its location and the importance to bird migration, this is an incredibly important bird migration area, and there are endangered species going through this area as well.

GRANT: Hutchens says more study is needed before turbines are built in the Great Lakes. Instead, it looks like states are retreating. In recent years, an offshore project was abandoned in New York. Pennsylvania has focused on natural gas as an energy source, and in Michigan the legislature introduced a bill to prohibit permits for offshore wind turbines. Some experts look back at the initial purpose of LEED Co’s project, and say the region is potentially giving up on a huge new sector for jobs. 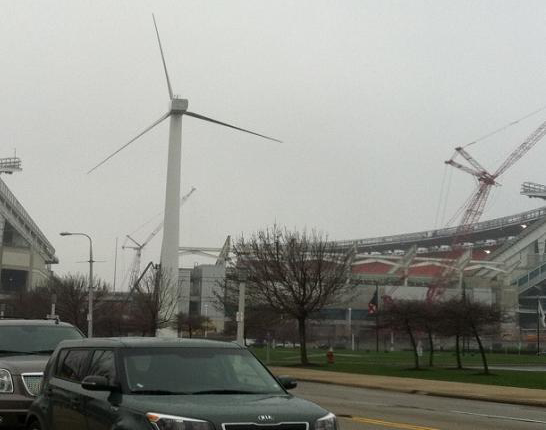 GRANT: That’s Willett Kempton. He’s a professor focused on offshore wind at the University of Delaware. Kempton says the Obama administration’s new proposed carbon rules could help make offshore wind more attractive. But he says it hasn’t helped that Ohio just weakened its renewable energy standards, and that the federal government rolled back the wind energy tax credits. Despite the setbacks, LEED Co. isn’t giving up on its wind farm on Lake Erie. A spokesman says they’re disappointed they didn’t get the federal grant money, but they’re still fully committed to making it happen.