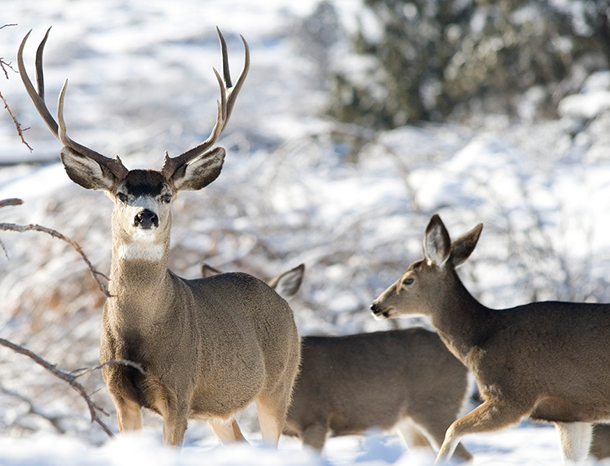 CURWOOD: Off now to Conyers, Georgia. That’s where we find Peter Dykstra. He’s the publisher of DailyClimate.org and Environmental Health News, EHN.org, and he’s been mining the world beyond the headlines. Hi Peter, what did you find today?

DYKSTRA: Well, hi, Steve. You know in much of the U.S., for as far back as any of us can remember, there’s been concern that we have too many deer. The iconic White-tailed deer that thrive in the eastern half of the country in the “edge habitat” of the suburbs, and we’ve certainly expanded the suburbs for over the past 60 years or so.

CURWOOD: Oh, yeah, and by “edge habitat,” you mean that’s where the woods meet the cleared land along roads or fields, or subdivisions?

DYKSTRA: Right. But in the Western U.S., deer appear to be on the decline. A reporter named Bruce Finley of the Denver Post tells us that mule deer may have dropped by about a third in the past decade alone in the state of Colorado.

CURWOOD: So what’s the culprit?

DYKSTRA: There are multiple suspects. Extreme weather’s on the rise, disease, human development, oil and gas drilling, fire suppression tactics that make forests too dense to support deer, and other reasons, but here’s your irony of the week: Fewer deer might also mean less money for conservation, since conservation is funded sometimes by hunting license fees, and they’re also down. But let’s go on to something a little bit more positive than that.

DYKSTRA: A little innovation from my ancestral home state of New Jersey, the Garden State. Jersey’s biggest lake is Lake Hopatcong, and they’ve had a little problem with phosphorus there. Phosphorus acts like a fertilizer in the lake, helping to grow algae and waterweeds, and those things deprive fish of oxygen and snag everything from swimmers to boat propellers.

CURWOOD: Wait a second, I thought you said this was going to be positive.

DYKSTRA: Well, I’m just getting to the positive part. The Newark Star Ledger reports that they’re dropping artificial wetland islands into Lake Hopatcong. And if they work, they’ll suck up some of the excess phosphorus, and they’ll keep the lake clean. This could be a big deal if it works because freshwater lakes all over the country are at risk from runoff, from leaky septic systems, and from warming temperatures. It might even help one of the greatest lakes of all, because they’re expecting another bad year for algae blooms in the western half of Lake Erie.

CURWOOD: Well, let’s move on now to the history calendar.

DYKSTRA: Steve, 35 years ago this past week, America heard what became known as the “malaise speech” from President Jimmy Carter. 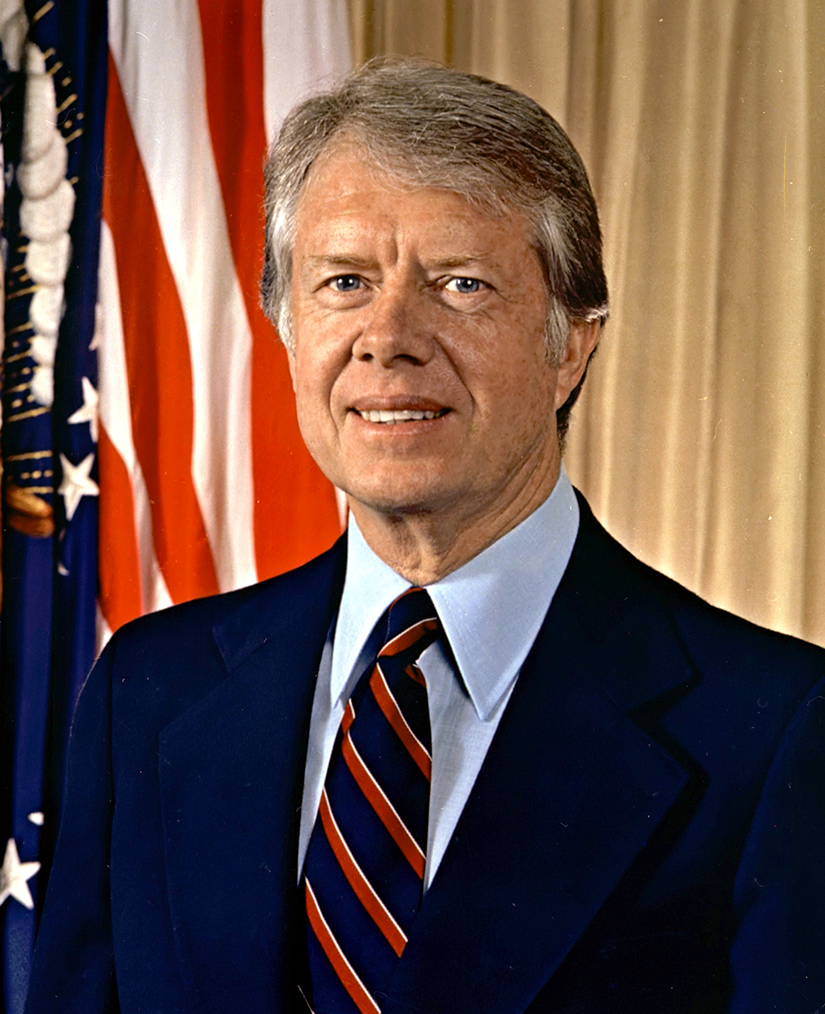 CURWOOD: Oh yeah, in which he pretty much scolded the entire country, huh?

DYKSTRA: Yes, he talked to us like we were teenagers. But more to the point, the speech was mostly about energy and our dependency on oil imports. President Carter actually spoke a lot of truths to America that we’ve since spent more than a third of a century proving we didn’t want to hear. He said, “Energy will be the immediate test of our ability to unite this nation.” Two specific proposals from the speech were a dramatic ramp-up in solar energy, and an $88 billion dollar plan to make synthetic fuel from oil and natural gas.

DYKSTRA: Yes, but bear in mind that Carter intended to inspire the country, not scold us all. Either way, the speech didn’t take. He got trounced by Ronald Reagan in the Presidential election a little over a year later, and one more thing about the “malaise” speech.

DYKSTRA: Jimmy Carter never actually said the word “malaise;” that was just the word that stuck in the press coverage of his speech. But he did a pretty good job of predicting what would happen if we stay addicted to fossil fuels, and finally, we just learned that 2013 was the first year since 2007 where U.S. oil consumption rose, rather than fell. Back in the day, at least Jimmy Carter wasn’t facing opposition from members of Congress who view energy efficient light-bulbs as a sinister plot. So energy seems to be dividing us more these days, not uniting us.

CURWOOD: Hmm, more un-learned lessons. You can link to the speech where Jimmy Carter didn’t say “malaise” at LOE.org. Thanks Peter.