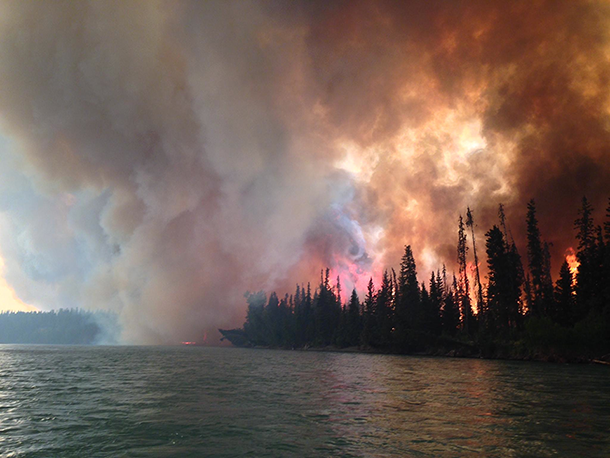 Firefighters fought the Funny River fire in Alaska for three weeks, and went home in June to prepare for the next fire. (Photo: Josh Turnbow, U.S. Forestry Service)

June 2014 was been the hottest on record, helping cause extreme drought and wildfires in the west. Living on Earth’s Emmett Fitzgerald reports on the drought, and the prospects for relief from the weather pattern known as el Nino.

CURWOOD: From the Jennifer and Ted Stanley Studios in Boston and PRI, this is Living on Earth. I’m Steve Curwood. Typhoons, tornados, massive wildfires, searing drought—these days weather extremes seem more frequent and intense, and scientists who study global warming have predicted their upswing. And as Living on Earth’s Emmett Fitzgerald reports, this year is yet another for the record books.

FITZGERALD: June 2014 was the hottest June since records began in 1880. That’s according to the National Oceanic and Atmospheric Administration, where Jake Crouch is a climate scientist. 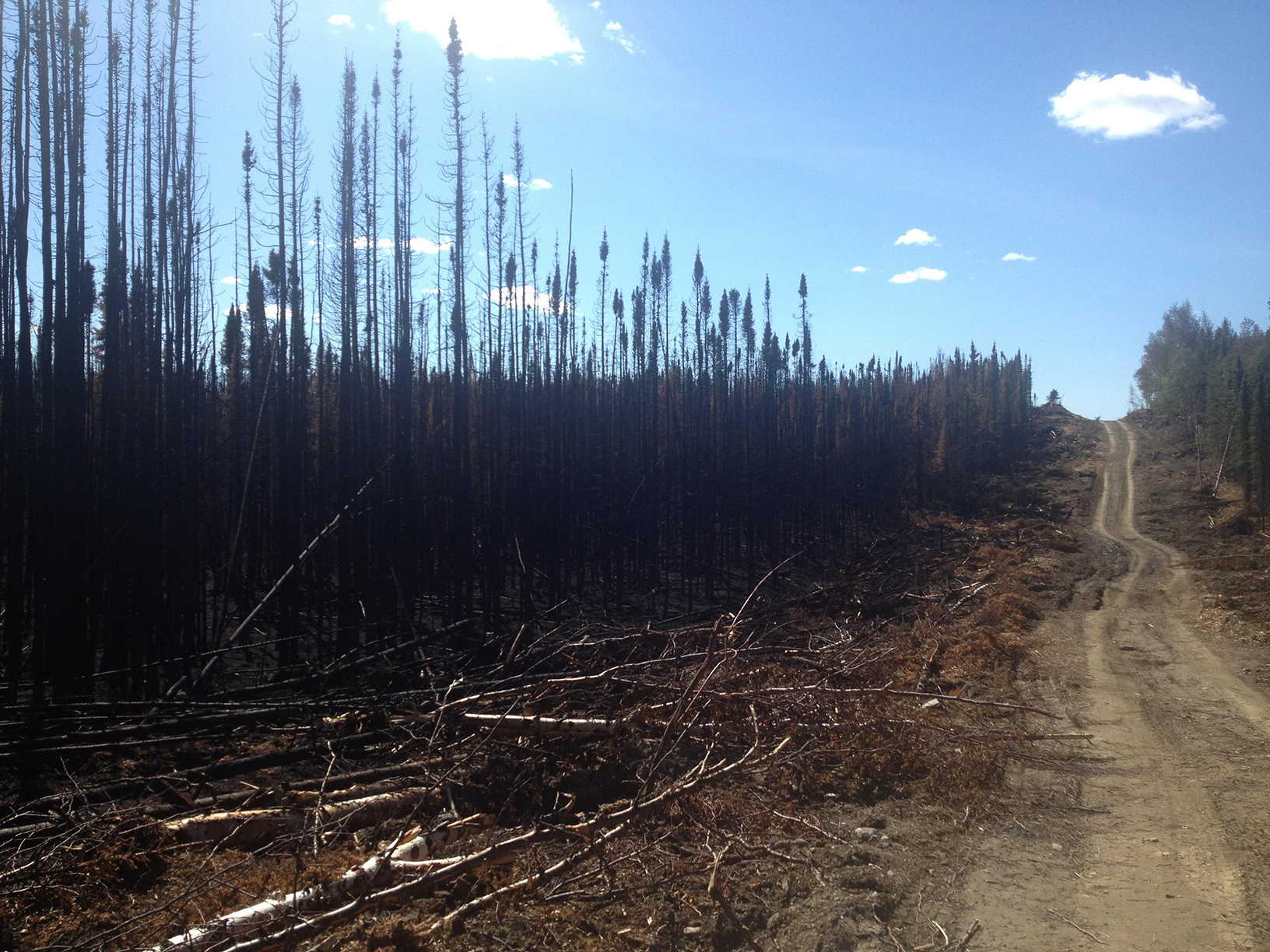 CROUCH: May of 2014, the previous month, was also record warm, so we’ve now had two consecutive record warm months back to back. So it’s not necessarily surprising that we’ve continued to be in this very warm pattern across the globe.

FITZGERALD: The high temperatures have been felt on every continent, but not everywhere. In North America, the east coast has actually had a relatively cool start to 2014, but the west is sweltering.

CROUCH: The west coast has been record warm. California has had their warmest year to date so far that has led to increasing problems of drought, wildfire problems, water resource issues. 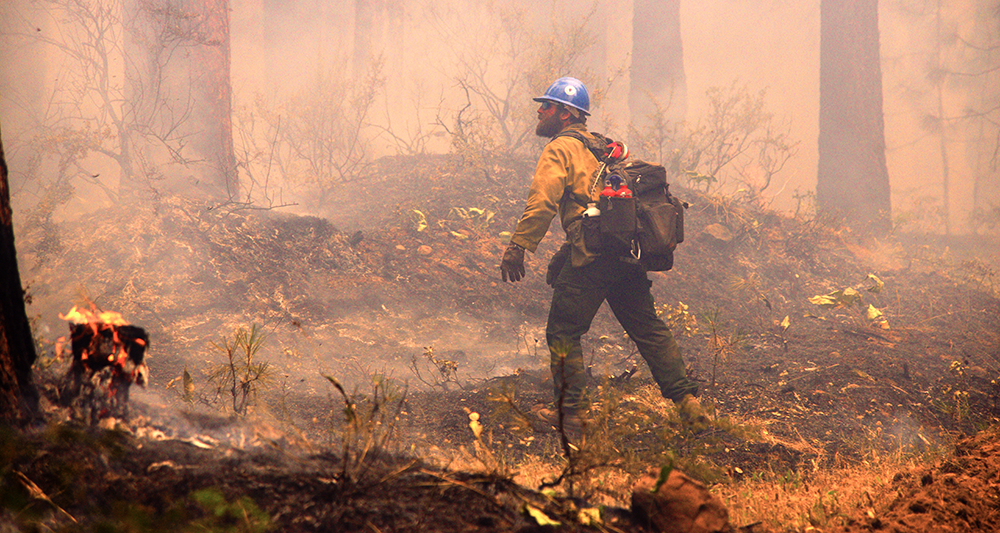 A firefighter on the ground in Oregon watches for flare-ups and other hazards. High temperatures in the West have created prime conditions for wildfires. (Photo: Staff Sgt. Jason van Mourik, Oregon Military Department Public Affairs)

FITZGERALD: Crouch says it’s no coincidence that Washington State and Northwest Canada are experiencing some of the largest wildfires in history.

FITZGERALD: He says that southern California is hoping for the weather pattern known as El Niño, which tends to bring storms and increased rainfall. 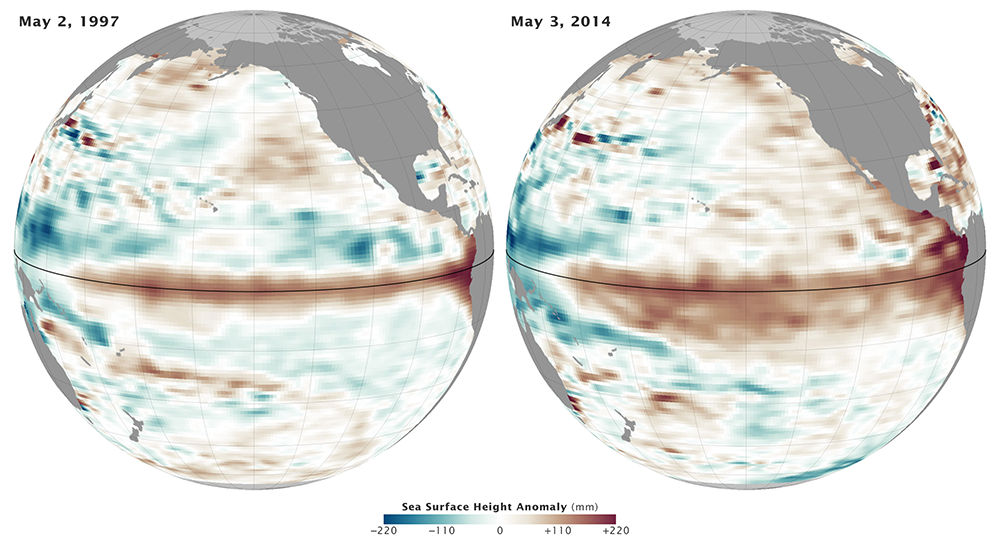 CROUCH: The Climate Prediction Center has the chances of El Niño occurring at 80 percent.

FITZGERALD: But Kevin Trenberth of the National Center for Atmospheric Research in Colorado says that the intensity of this year’s El Niño remains uncertain.

TRENBERTH: At one point this looked very much like the 1997/1998 El Niño event, which is the biggest on record. Now it has certainly backed off from that. The forecast is certainly still that we will have an El Niño event, but maybe it will be a little more modest. 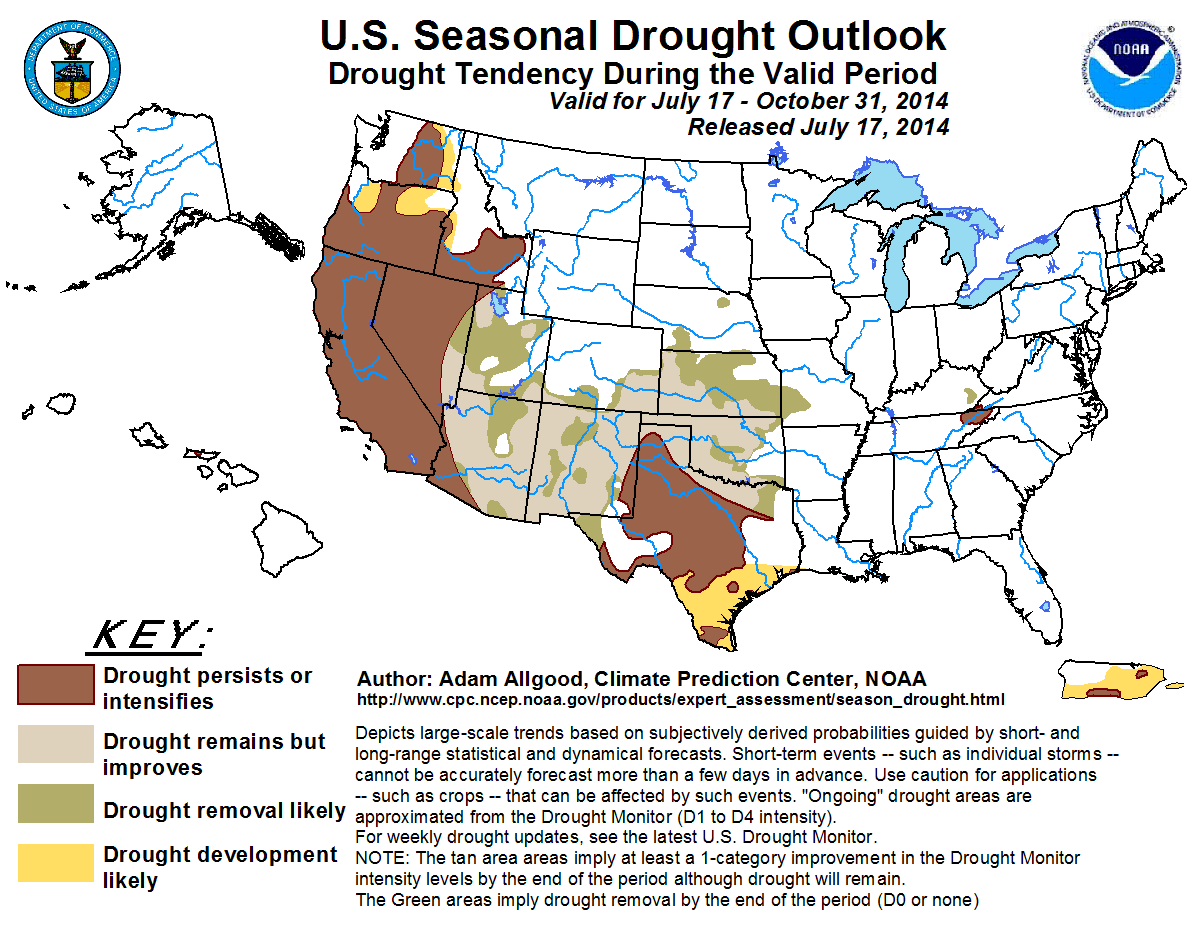 The NOAA Expects this year’s drought to worsen before it improves. (Photo: Adam Allgood, National Ocean and Atmospheric Association)

FITZGERALD: Any rain would bring relief to the parched western landscape, but Trenberth says El Niño could bring problems as well. 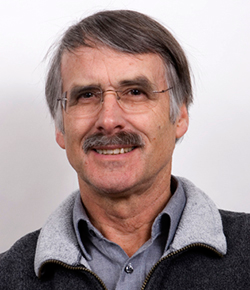 TRENBERTH: The risk if we do have those conditions is that we might have too much of a good thing. You know, we go from drought to flooding and coastal erosion, and high sea levels along the coast and houses toppling into the oceans, and things like that. 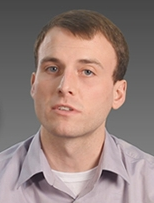 Jake Crouch is a climate scientist with the National Oceanographic and Atmospheric Administration. (Photo: Climate.gov)

FITZGERALD: Either way, the rains are still a ways off.

TRENBERTH: October through December is normally when the El Niño really takes off, and that’s when it has its biggest effects: around December through February of, and this will be 2015.

FITZGERALD: Trenberth thinks the odds are that El Niño will prevent the California drought from dragging on into 2015. In addition to storms, El Niño can come with warmer temperatures across the globe, meaning that 2014 is likely to break a few more records before it’s done.

TRENBERTH: It’s quite possible that 2014 will end up being the warmest year on record.

FITZGERALD: At least, until 2015. For Living on Earth I’m Emmett FitzGerald.

NASA’s Earth Observatory looks at this year’s El Nino conditions around the globe.