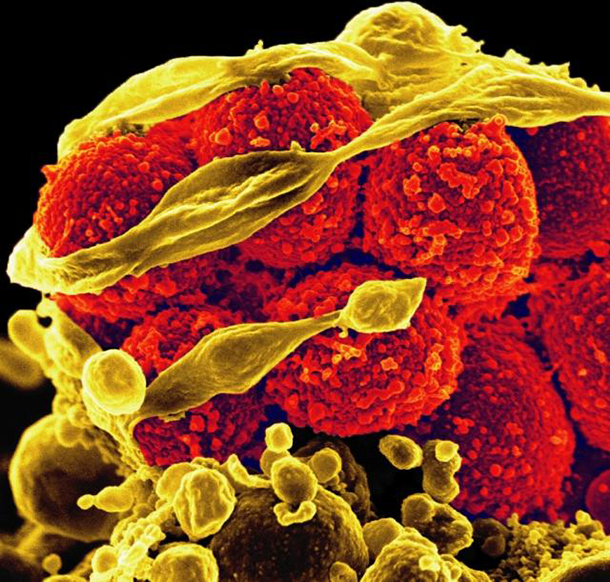 Antibiotic resistant bacteria sicken millions of people worldwide and some environmental organizations say part of the problem is indiscriminate antibiotic use in agriculture, and sued the FDA to require it to rein in this practice. A trial win was recently reversed by an appeals court. Meanwhile industry and the FDA crafted a voluntary agreement on antibiotics on antibiotic use in animal feed and water. NRDC attorney Avinash Kar, and Penn State Veterinarian Dave Wolfgang discuss the issue with host Steve Curwood.

CURWOOD: From the Jennifer and Ted Stanley Studios in Boston and PRI, this is Living on Earth. I’m Steve Curwood. Antibiotic-resistance is a global problem that can make it tough to fight bacterial infections. Superbugs like MRSA and some strains of E. coli and salmonella are now resistant to virtually all our drugs. Overuse and misuse by humans accounts for much of the problem, but back in 1977 the Food and Drug Administration began the process to regulate the vast amounts of antibiotics that were being given indiscriminately to farm animals to prevent disease and promote growth. Avinash Kar is an attorney with the Natural Resources Defense Council.

KAR: The fact is that 80 percent of the use of antibiotics in this country is in the animal sector. The CDC came out with a report last year that acknowledged that there’s strong evidence that the use of antibiotics in animals contributes to adverse health effects in humans: resistant infections account for at least 23,000 deaths a year and more than two million illnesses each year in the U.S.

CURWOOD: But the FDA delayed for decades issuing mandatory rules, so in 2011 groups including the Center for Science in the Public Interest, the Union of Concerned Scientists and the NRDC sued the FDA to force it to issue rules and won in federal district court. The FDA then decided to appeal, and in the meantime worked with farming and pharmaceutical interests to reach voluntary agreements on antibiotic use in animals. Now in a 2-to-1 decision, a federal appeals court has reversed the lower court orders. Again, attorney Avi Kar.

KAR: Well, the court did not dispute the scientific evidence that use of antibiotics in animal feed poses a risk for human health and FDA’s findings to that effect. What it did decide was that having concluded that there are risks to human health for such use, FDA need not take further steps to stop the problematic use and can move ahead with voluntary approaches or no action at all if it so wishes. And, you know, the dissent pointed this out in strong terms. It said that, “Today’s decision allows the FDA to openly declare that a particular animal drug is unsafe, but then refuse to withdraw approval of that drug. It also gives the agency discretion to effectively ignore a public petition asking it to withdraw approval from an unsafe drug.” That is essentially the effect of that decision. 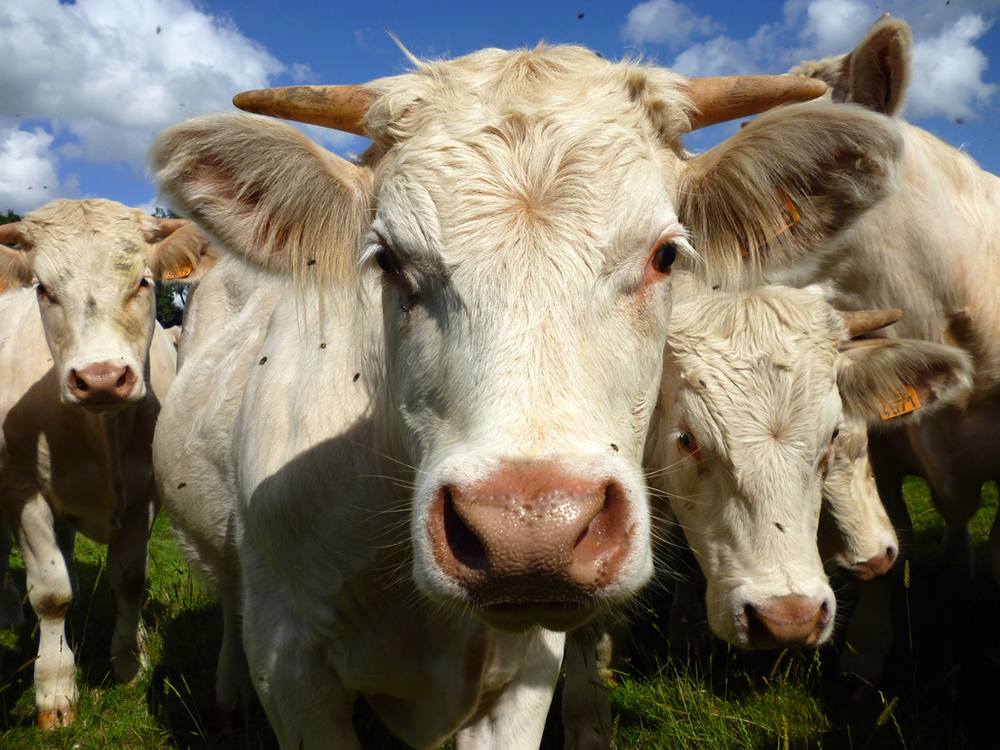 Over 80% of antibiotics are used in the animal industry. The practice is cause for concern with respect to antibiotic resistance to bacteria that can infect humans. (Photo: stanzebla; Flickr Creative Commons 2.0)

CURWOOD: What broader issues does this appeals court decision raise? You say that the court has said, “Look, FDA found a problem, but doesn’t need to do anything about it.” What kind of precedent has this kind of ruling set?

KAR: Well, for FDA, it means they can continue with their current approach, which is highly problematic. They’ve elected to follow a voluntary approach, and to ask drug manufacturers to voluntarily discontinue the use of antibiotics for speeding up animal growth. But there are a number of problems with that. One, it’s voluntary; so even though the companies have currently agreed to go along with FDA’s approach, they could back out at any time, and perhaps more importantly, the program is unlikely to lead to a reduction in the use of antibiotics. And antibiotics can continue to be used to compensate for conditions, and it involves the use of small doses of antibiotics in feed of large numbers of animals day after day. And it leads to the same kinds of consequences in terms of antibiotic resistance. Essentially, the same uses can continue under a different name.

CURWOOD: What does that tell you about protecting the public health of consumers? 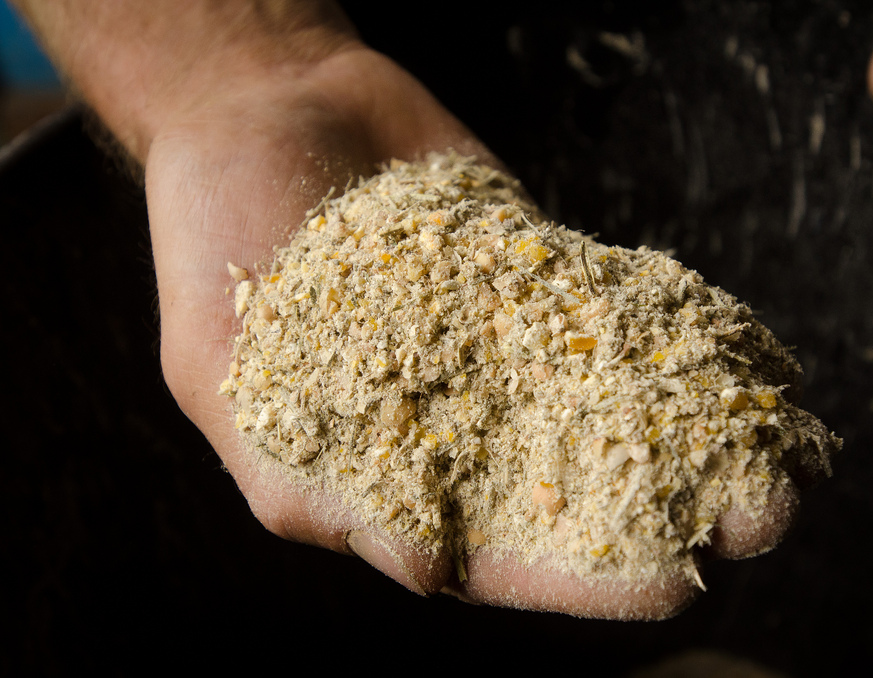 Farmers often put low doses of antibiotics in their livestock feed to help with growth and the prevention of disease, but new policies on antibiotic are reining in indiscriminate use . (Photo: U.S. Department of Agriculture; Flickr Government Work)

KAR: What’s important to note here is that FDA can recognize that there’s a problem here. Even FDA’s current approach is based on the premise that the use of antibiotics in animal feed poses a risk to human health. And it’s just disappointing that the response to that problem has been inadequate to the task before them. Much more needs to be done. We need to take action to end the use of antibiotics in animals that are not sick. You know, we don’t add antibiotics to the cereal of children every morning to make sure they don’t get sick in daycare. We treat them when they get sick, and we should be doing that in the animal sector. We shouldn’t be adding antibiotics to the feed of animals day after day. We should be improving the conditions and then using them only when animals are sick. We need to preserve these medicines and preserve their effectiveness for when we really need them.

CURWOOD: Avi Kar is a lawyer with the NRDC. For a different view, we turn now to David Wolfgang, a veterinarian who teaches at Penn State’s College of Agricultural Sciences. Dr. Wolfgang says the FDA has in fact been moving forward on this issue. 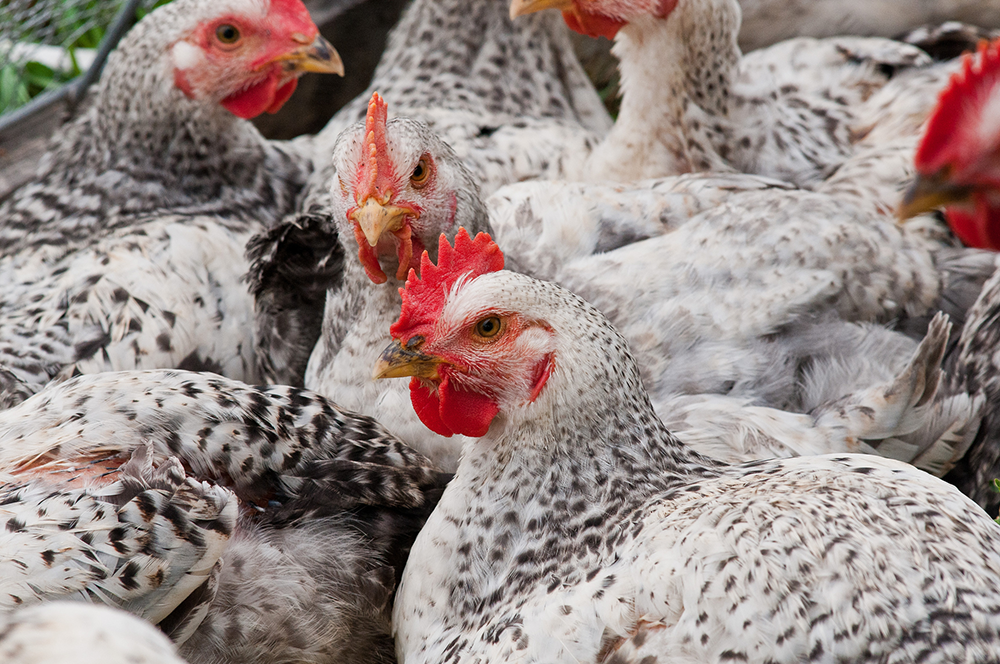 WOLFGANG: In 2012, the FDA passed a guidance for the industry, which laid out a rather ambitious agenda and put more oversight into antibiotic use in our agricultural species. The next guidance for the industry issued by the FDA stated that the use of growth promotion from antibiotics would no longer be allowed in the United States. Antibiotic use will be overseen by veterinarians. There will have to be a diagnosis, or at least a tentative diagnosis of the condition in the animals that requires the use of antibiotics. And so this current ruling is allowing that change by the FDA to continue.

CURWOOD: One of the concerns that those petitioners raised about what the FDA is doing is it’s voluntary, that any day of the week a livestock producer could say, “Well, you know, I don’t like those rules. I just want to do my own thing.”

WOLFGANG: Well, again, “…do your own thing,” that was what we did in the past. The current regulations supported by the FDA does not allow producers to do their own thing; the old days of a farmer saying, “I don’t think my animals are doing quite right. I think a little antibiotics might help.” The current FDA ruling will eliminate that. Conversely, the new ruling will be, the producer will have to contact his veterinarian. The veterinarian would have to make a tentative diagnosis: “I believe your cattle are likely to become sick with pneumonia from disease X, and I think we can prevent that or control that by the addition of a product like tetracycline in the feed or water, and that, all those data—records, and careful supervision for residue and violations—all that will have to be maintained by both the veterinarian and the producer for up to three years after the animals leave the farm.

CURWOOD: So in your view, it doesn’t make sense to compel the FDA at this point to take stricter measures. 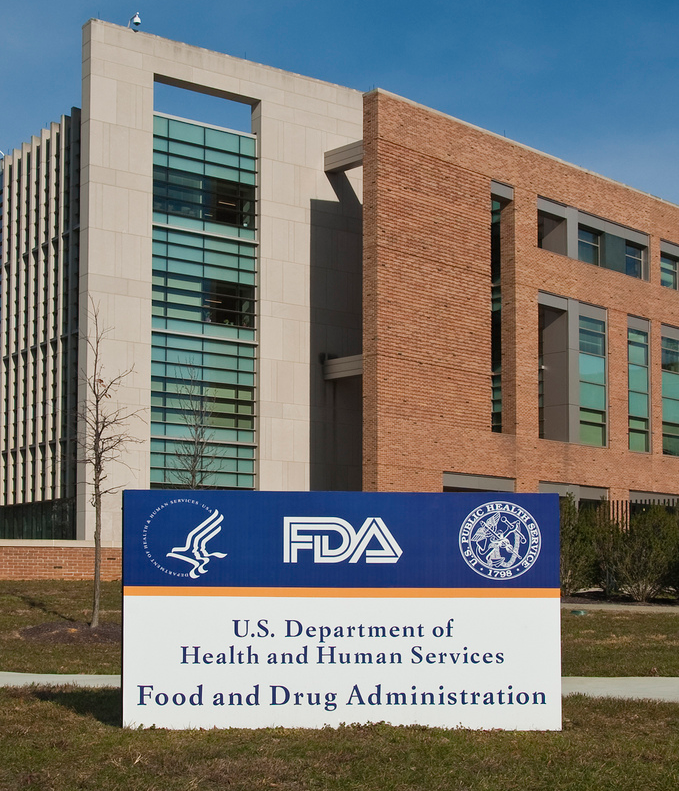 CURWOOD: David Wolfgang is a veterinarian who directs field studies and teaches at Penn State’s College of Agricultural Sciences. Well, if you’re confused, you’re not alone. This is an issue where there are divergent views about what the FDA is or is not actually doing to protect public health from the overuse of antibiotics in livestock. So far the NRDC has declined to say whether or not it would file further appeals, and run the risk of further adverse precedent. There’s also speculation of attempts to work out a settlement behind closed doors. For now, the public can only wait and watch. We’ll keep you posted.

Read the July 24, 2014 decision regarding NRDC v. FDA as well as the majority and dissenting opinions of the US Court of Appeals for the Second Circuit.